Good morning! Summer officially begins today, and right on cue, we’re likely to see the hottest weekend of 2020 so far.  Not only will highs soar well into the 90’s, the dewpoint is also rising.  Dewpoints in the upper 60’s this weekend will rise to the 70’s in the week ahead.   The heat index will be near 100 by Monday and Tuesday.

Get ready for a change in patterns.  Showers will be sparse through Father’s Day, but the rain chances will increase dramatically during the week, as showers and thunderstorms become rather common. 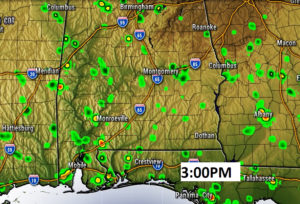 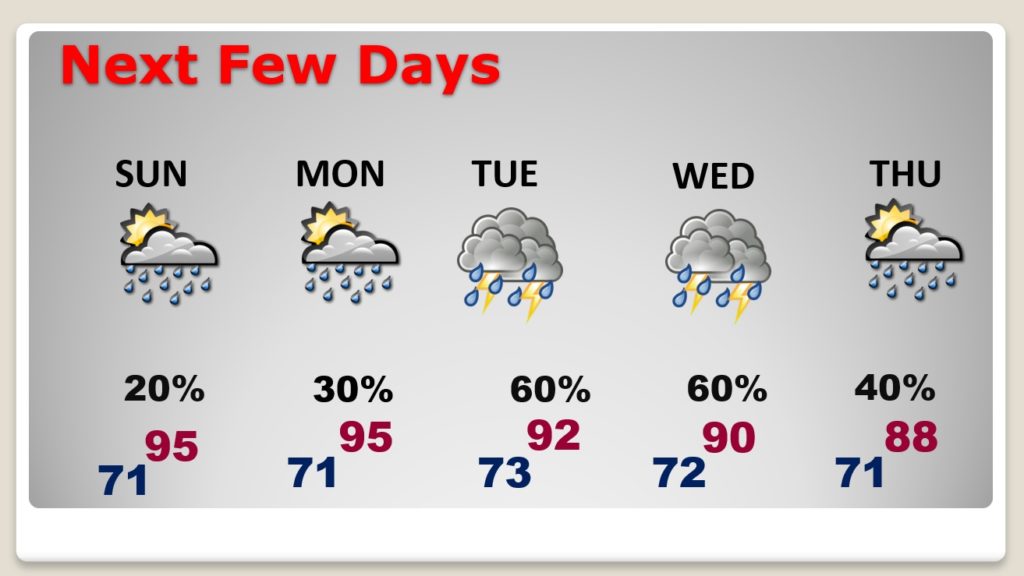 An Upper Trough of Low pressure will be one the contributing factors for the big increase in the number of showers and storms this week, particularly Tuesday and Wednesday. 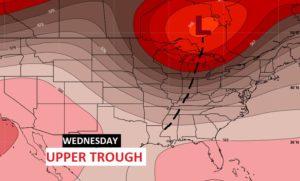 BEACH FORECAST:  It’s a good weekend for the beach.  Rip current risk is low.  Spotty storms, but relatively small chance through Monday.  Rain chance increases quite a bit next week. 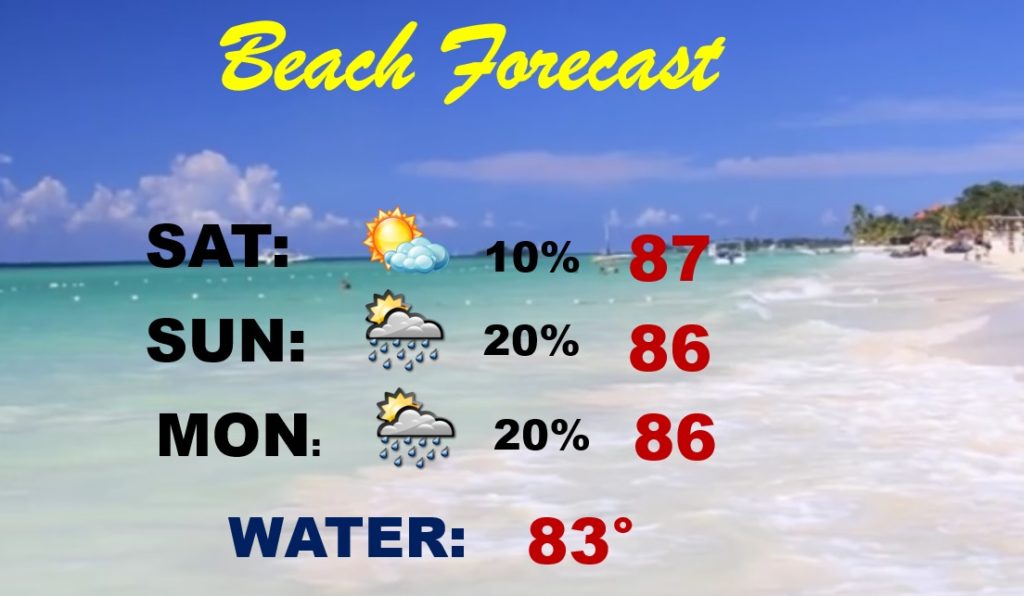 TROPICS:  From NHC..Area to watch off the southeast US coast is associated with a developing area of low pressure, which could briefly acquire tropical characteristics Sunday. 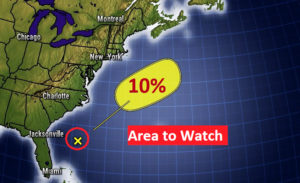 Meanwhile, that large area of Saharan dust covers much of the Tropical Atlantic and the Caribbean, and now has spread as far as the U.S. northern Gulf coast.  This dust is stifling tropical development as it enhances sunsets. 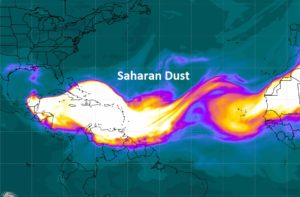 SUMMER SOLSTICE:  Summer begins officially at 4:43PM this afternoon.  Today is 1 second longer than yesterday.  Tomorrow will be 1 second shorter than today.  Sunrise today is at 5:38AM.  Sunset is 7:55PM. 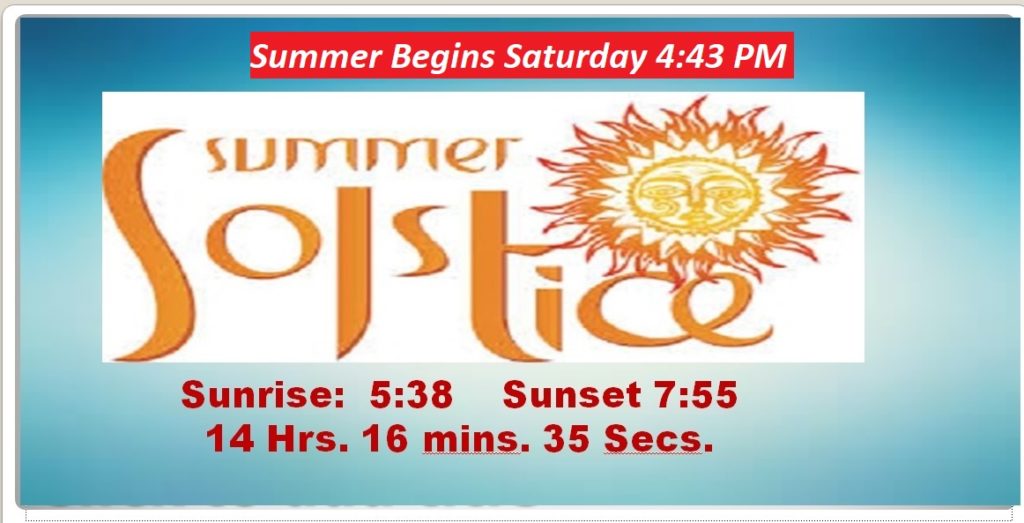 I hope all the Dad’s out there have a wonderful Father’s Day weekend. My Dad would have been 99 years old this week.  I lost him back in 1985.

I will have another Blog update tomorrow morning.  Follow me on Twitter:  @RichThomasWX.   Have a great weekend.   Stay safe and well.