Happy Friday!  As hot as it’s been lately, the weekend will be a little hotter.  And, like the last few days, any cooling showers and thundershowers will be few and far between.  On this video, we’ll look ahead to some better rain chances in the not too distant future.  And, the news about the rest of this year’s hurricane season is little disturbing.  I’ll show you a couple of updated forecasts that have certainly raised some eyebrows. 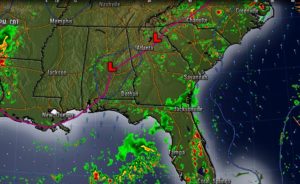 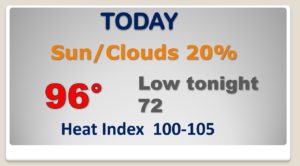 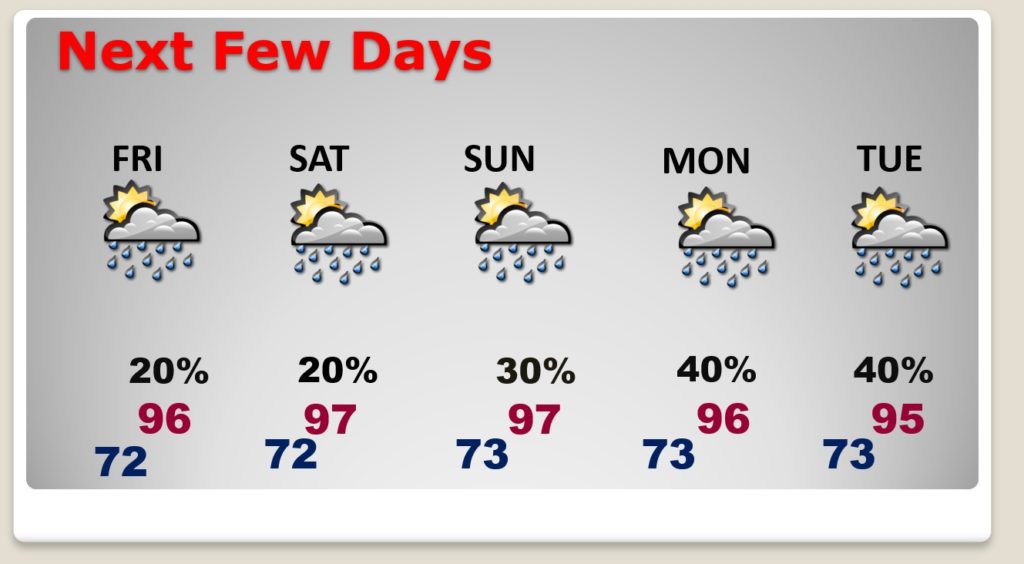 It’s a rather routine Weekend Beach Forecast and a pretty good one.  Low Rip current Risk is listed. 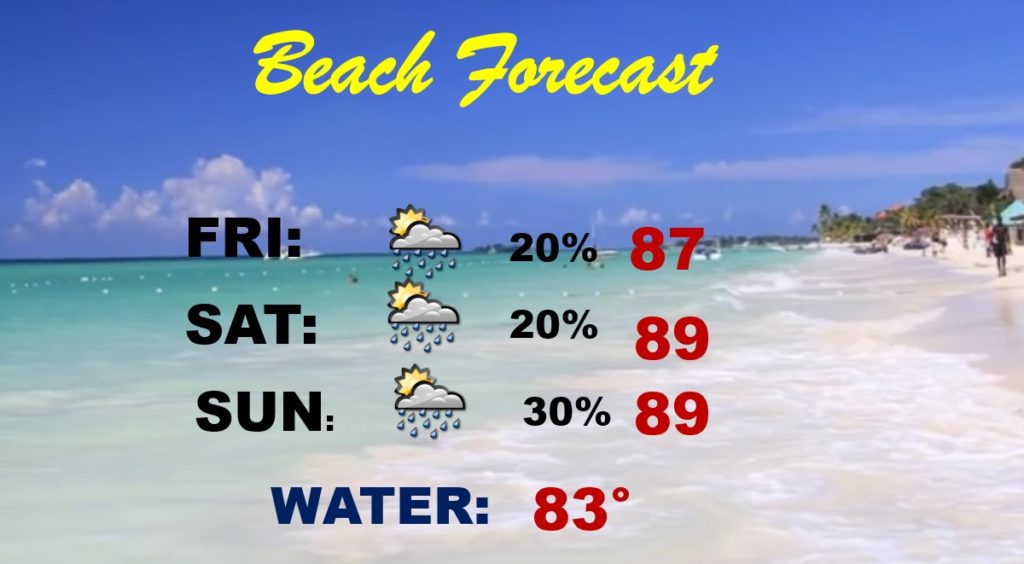 The Tropics at this moment are relatively quiet, BUT, that could change in a big way very soon.

Two updated seasonal Hurricane forecasts came out in the last 48 hours…one from Colorado State and the other from NOAA.  They are rather disturbing, and they are in agreement that the rest of the the hurricane season will be “extremely active”  We could run out of names like we did in 2005.  That year we had 25 named storms and to dip into the Greek alphabet. 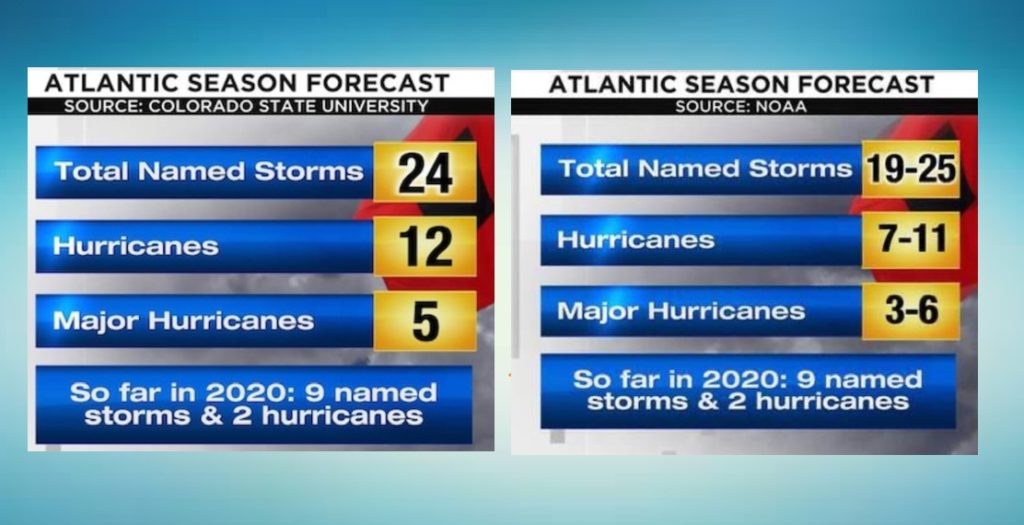