Good morning…welcome to Labor Day Weekend!  In your weather headlines, we’ll see a little improvement in our outrageous humidity level today, and to some extent, tomorrow, too.  It’ll still be hot, but it will be a noticeable improvement.  Showers are still on hiatus today, and probably tomorrow, too.  But, random storms will make a comeback by Labor Day.

If been watching my videos for the last several days, you know some very nice, cooler air will be entering the United States this week from Canada.  In Denver, highs near 100 this weekend will be replaced by SNOW by Tuesday.  But, the big question – will the nicer air make it all the way to Alabama and WHEN?  Believe it or not, it all depends on the track of a Super Typhoon in the Western Pacific.  I know it all sounds bizarre, but I kid you not.  I’ll do my best to explain below.

First, a weak front moved through last night and has made it to the coast.  The humidity is still very high this morning, but humidity will improve this afternoon. 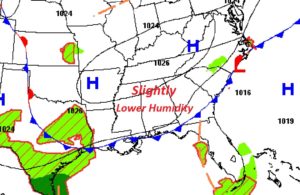 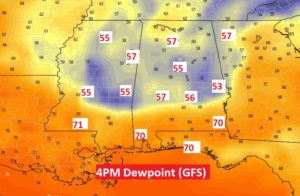 SUNDAY:  Again, should be dry.  Rain chance 10% or less.  Again the dewpoint won’t be AWFUL.   Not as nice as Saturday afternoon, but better than we have seen in long time. 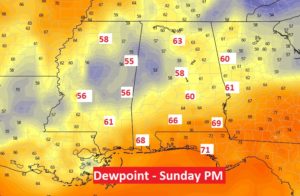 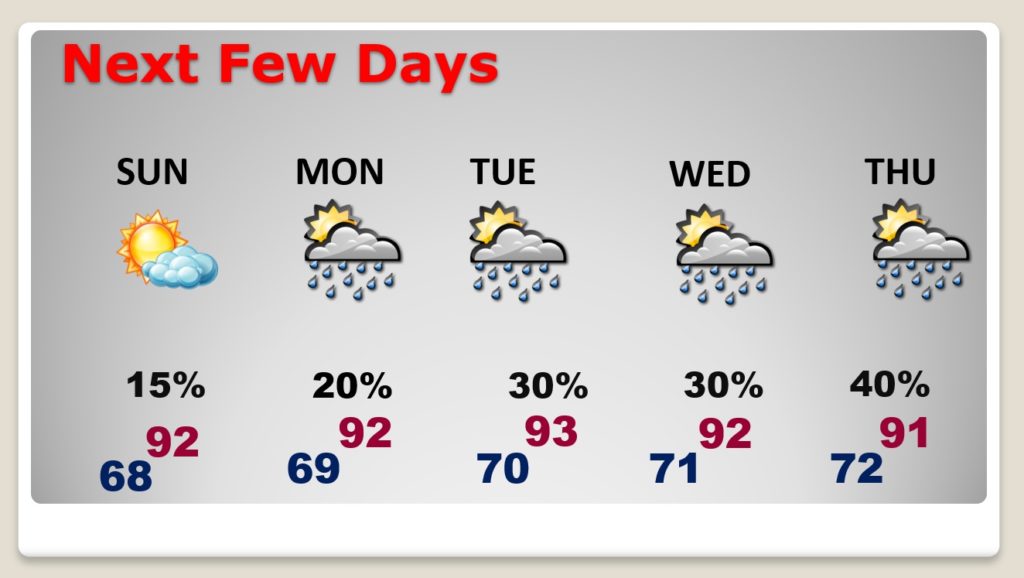 LATE NEXT WEEK – Frontal Delay?:  An amazingly cool chunk of Canadian air will engulf much of the western and Central United States this week.  It’s the airmass that will take Denver from 99 degrees this weekend to SNOW by Tuesday and Tuesday night.  FOR US, there is still some question mark on when and IF that nice cold front makes it as far east as Alabama.  Here’s the Euro model suggesting we could see the cool front arrive by next Friday night. 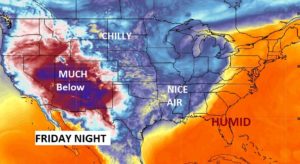 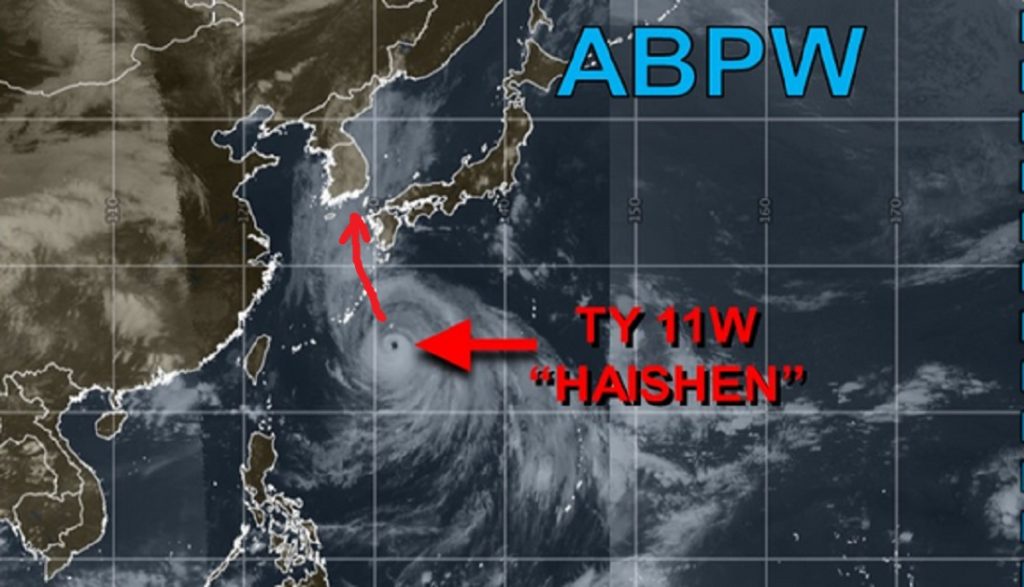 The Typhoon will force the Jetstream to surge northward over Alaska.  That, in turn, will force a deep trough over central North America, allowing the chilly air to surge southward.   IF Super Typhoon Haishen would take a jog to the east, Alabama will be that nice air, and it will arrive earlier.  On the Typhoon’s current course, the arrival of the nice air this far east in Alabama is questionable.  It’s up for debate. I know it all sounds complicated.  But, everything on global scale is teleconnected.  Stay tuned.  Here’s the peaks and valleys at the Jetstream level next Wednesday.  It’s all so complicated. 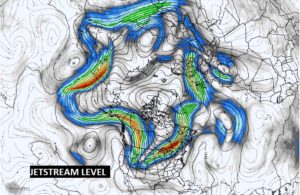 TROPICS:  That teleconnection I just talked about, will also have an influence on potential tropical threats to the United States coastline.    Right now, NHC is tracking several systems, especially in the eastern tropical Atlantic.  Invest 91-L and 92-L are likely to become a Depression or Tropical Storm in the next few days.  The next two names on the list are Paulette and Rene.  There are several more systems lined up across Africa poised to move into the Atlantic. 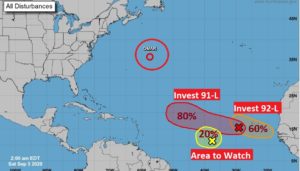 Whatever you have planned for the Labor Day weekend, whether it’s a trip the Lake or the Coast, or just a cookout in the Backyard, I hope you have a great holiday weekend! Stay safe and well. I’ll have another Blog update tomorrow and Monday.