Good Morning!  There weren’t many showers in the state Tuesday.  Today will be similar.  Showers will be few and far between.  But, rain chances will get better and better by late week and the weekend, as deep tropical moisture engulfs the state.  We need some rain.  I have updated the rain chance through the weekend.  Things are getting busy in the Tropics.  There are two named systems, an Invest and a vigorous Area to Watch.  Will any of these be a threat to the United States? 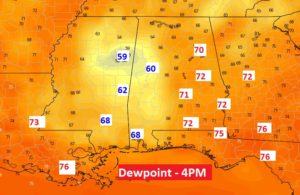 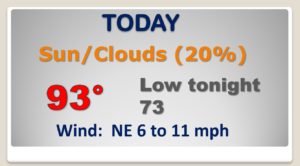 Like yesterday, showers today will be isolated at best.

Rainfall probabilities improve late week and through the weekend.  In fact, you could argue 50-60% coverage both Saturday and Sunday. 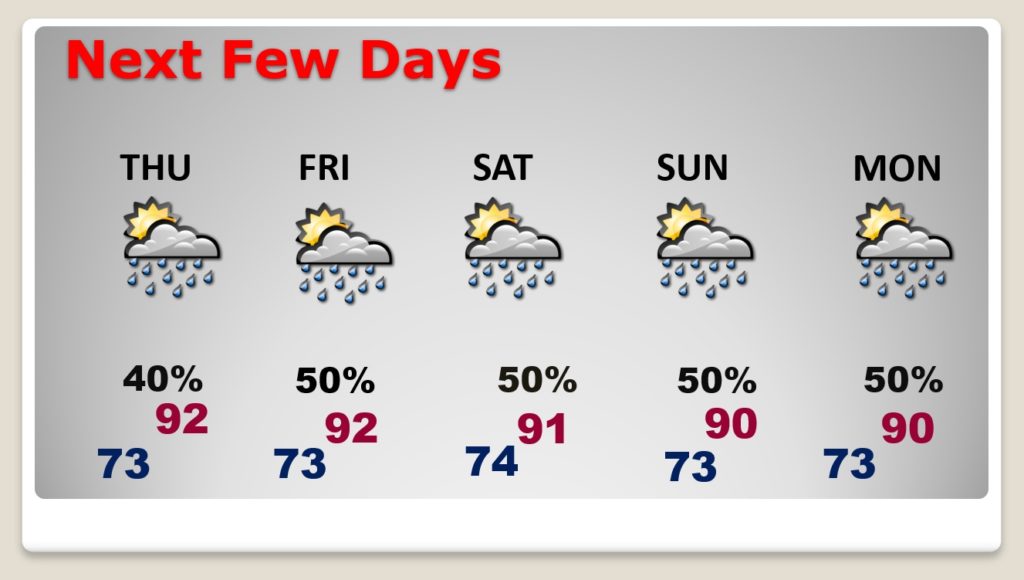 The best chance of better rainfall total potential will be across eastern and southern Alabama over the next 5 days . 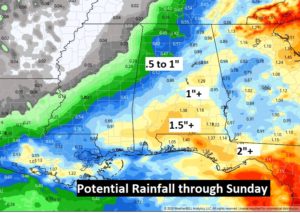 RENE will curve into the eastern Atlantic.  Paulette will also most likely curve, but some models give it a chance to move west.  Invest 94-L has a small chance to develop into a Depression or storm as it approaches the US East coast in a few days. 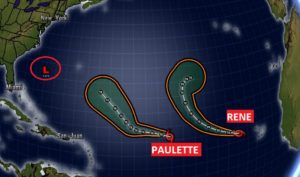 That Area to Watch off Africa is at a lower latitude .   It could certainly be something to watch several days down the line.  Next two names on the list are Sally and Teddy. 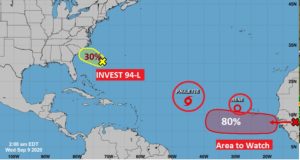