For some places, it is Day 69 without significant rain.  A severe drought is expanding.  Now, it appears, finally, a pattern change is likely, as a major storm system will finally brings some much needed rain to Alabama and the Gulf south.  And, although the models disagree on the details, it appears some folks could be in for a good soaking indeed, between Monday night and Wednesdays, as multiple surges of moisture move through the area.

SHORT TERM:   First things first.  Happy Iron Bowl Saturday.  Perfect football weather is expected today with a kick off temperature in the mid 60’s, falling to the low 50’s by game end.  Clear skies.  Winds will not be a factor. 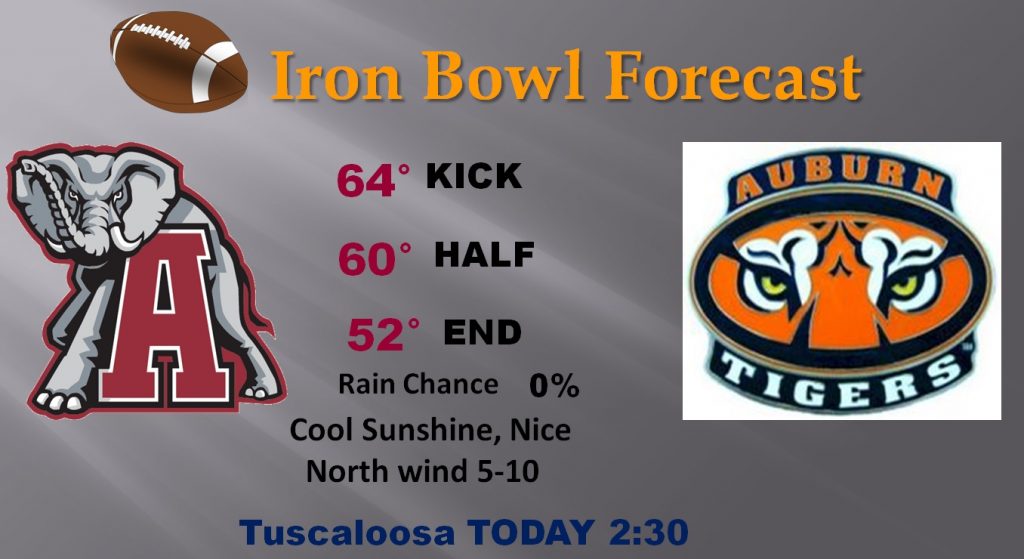 Sunday will start out cold, with low to mid 30’s across much of the area, but the afternoon will be perfect, with a high near 70.

STORM SYSTEM IN 2 PARTS:  While the details on timing and strength vary widely with the models, it does appear that the storm system will have 2 main surges – the first Monday night into early Tuesday.  The second part, with perhaps better rain totals, will come Tuesday night into Wednesday.  There will be a lull in between, during much of the day Tuesday.

RAINFALL AMOUNTS:  There is still MUCH disagreement on how much rain could fall and where the heaviest rain band will set up.  Rather than throwing 3 or 4 maps at you, showing widely different totals, let me take another approach.  Here is a bland of the models, for now.  This could change, but generally, a lot of us from Montgomery southward could see 1-2”.  (Less in the extreme southeast)    Between Montgomery and Birmingham, the blended rainfall amounts are in the 2-3” range.  North Alabama could see a large area of 3”+ rainfall.  These amounts will be adjusted as we get closer to the event. 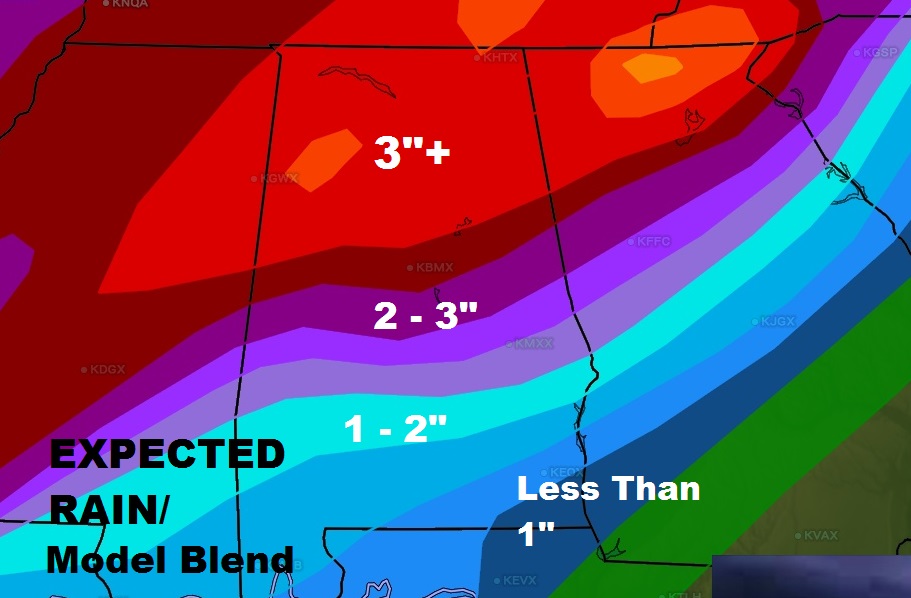 SEVERE THREAT:  Again the models do not agree on the potential severe threat and when the highest threat will be.  Right now, a marginal severe weather threat extends as far east as the western Alabama counties into Monday night. This will be adjusted and amended with time.  Right now I would say this.  There could be 2 windows for possible severe weather in the state.  One would be Monday night, late.  The other could be Wednesday afternoon.  Wind damage would be the primary threat.  But, an isolated spin up tornado or 2 is not out of the question. 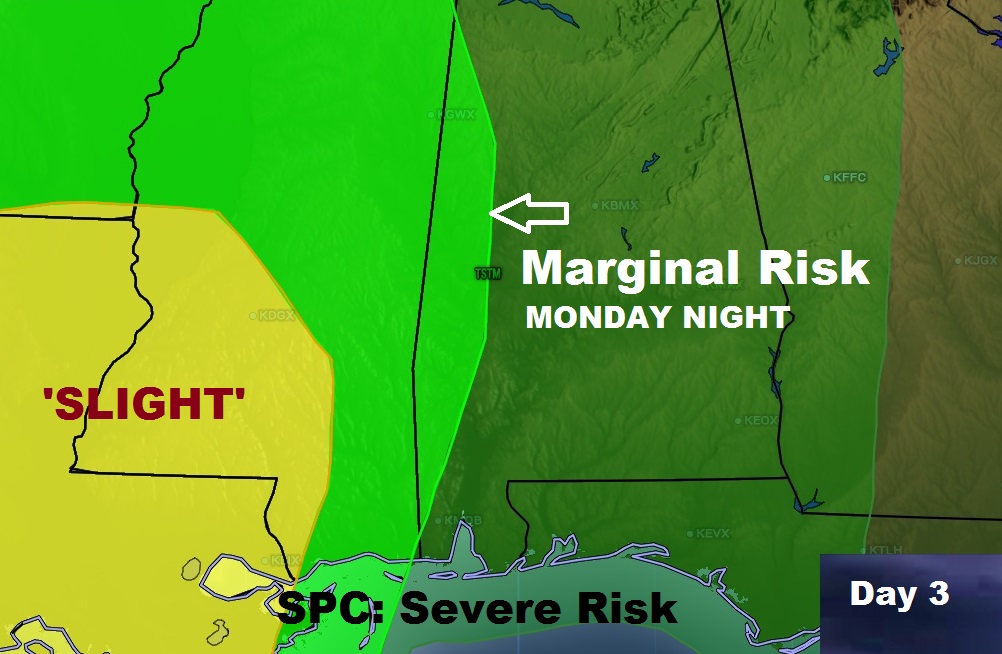 SPECIAL SUNDAY VIDEO:  I’ll update all the important details for you on this impending storm situation in a special Sunday morning mini-video.

In the meantime, enjoy Iron Bowl Saturday!  I’ll keep you up to date with the developing details as we keep watching the approaching storm next week. It’s NICE to be talking about RAIN, finally.