A northward moving warm front will be one of the key factors tonight, as far as the northward extent of the severe weather threat. A ‘slight risk’covers southeast and south central Alabama.  It extends as far north as about Union Springs.  Farther north a marginal risk extendeds almost to the Birmingham area. Primary threat here in central Alabama would be damaging thunderstorm winds and a small chance of a brief spin up tornado or 2.  In the slight risk area, the tornado threat is slightly higher in the 5% range.  Large hail is also a possibility in some of the stronger storms. 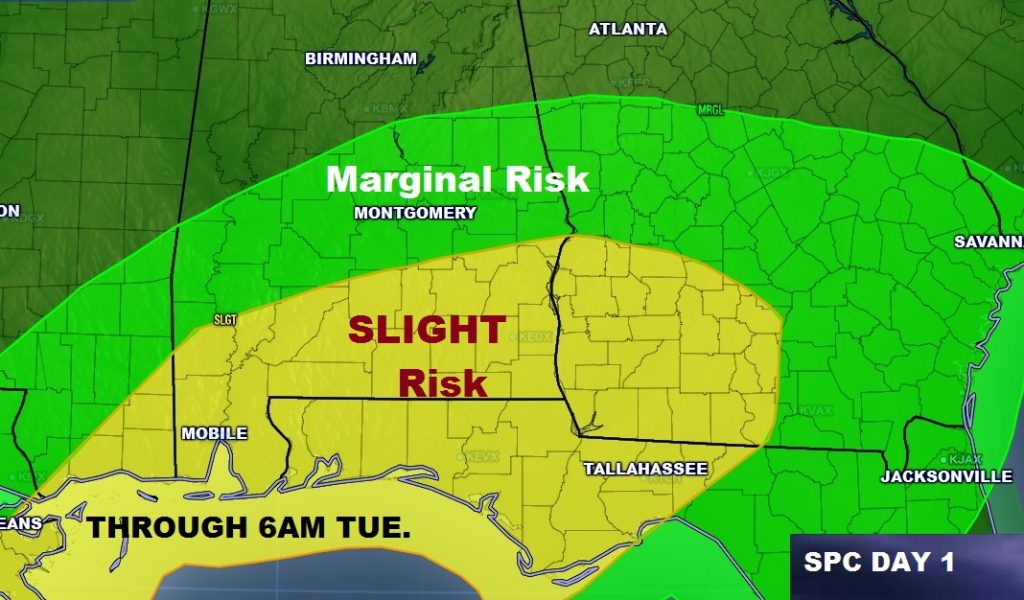 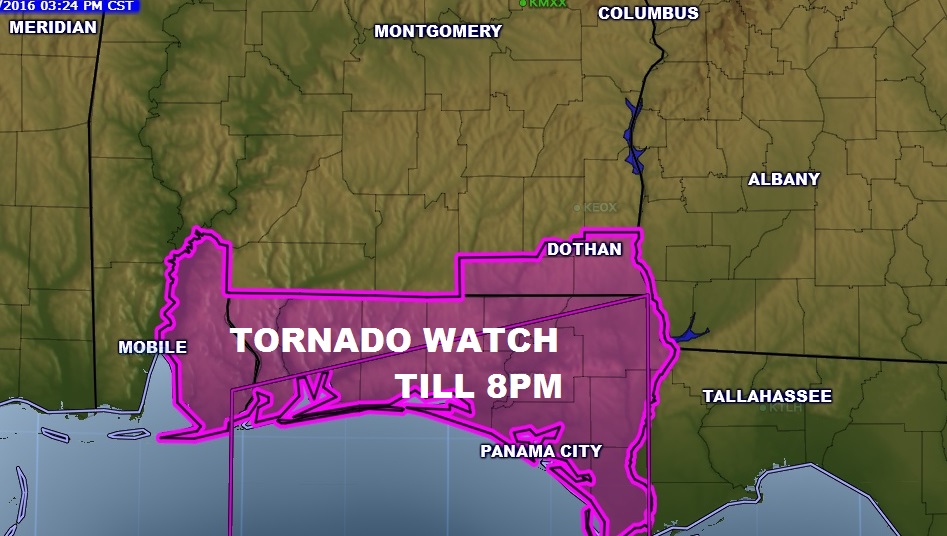 SEVERE THREAT TIMELINE:  During the evening hours, the best threat will be close to the Florida border, but as the night goes on the prime threat window for severe weather in central Alabama appears best from about 10PM until 6AM.  Here are some future radar snapshots late tonight. 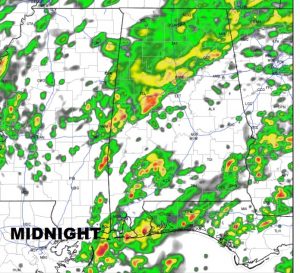 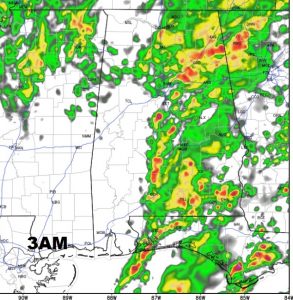 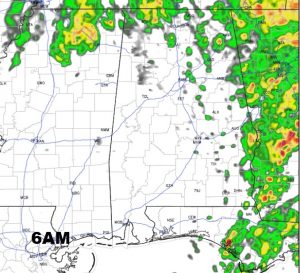 ADDITIONAL RAINFALL:  Some of us could see another inch to inch and a half of rain, on top of what we have had so far.  The Wiregrass could see 3″+. 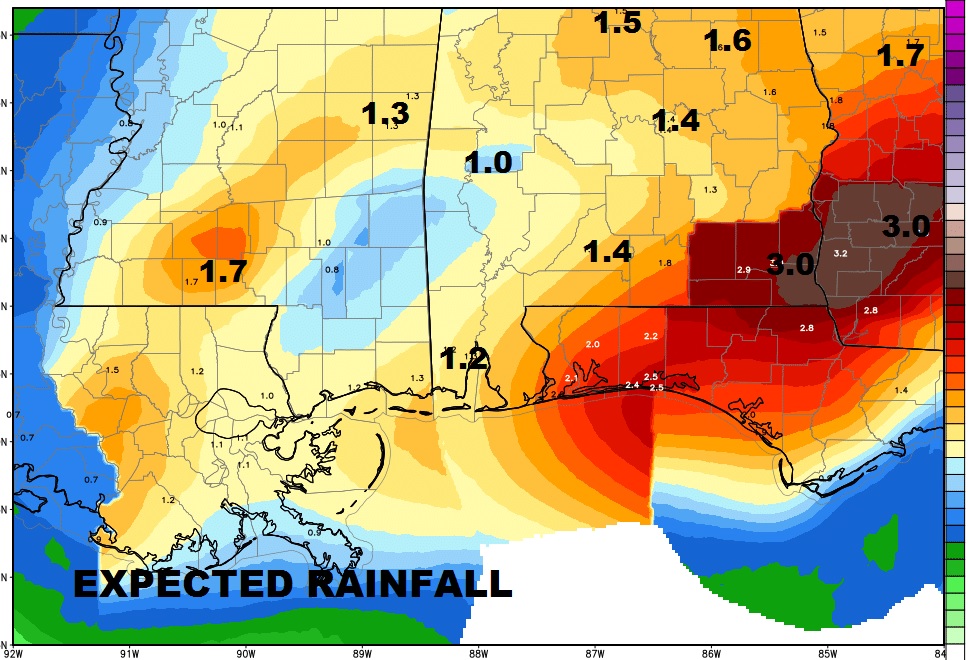 TOMORROW MORNING:  It appears the broken line of storms will exit quickly shortly after sunrise.  We should see some improvement, with partly sunny skies by mid-day.

THURSDAY COLD FRONT:  The next big event will be a strong cold front which will sweep across the area Thursday.  Could be some spotty showers as the front moves through.  Then, breezy & colder.  In fact it will turn much colder Thursday night, with mid to upper 20’s by Friday morning.  Friday’s high will barely reach 44, but the wind will make it seem colder.  The low by Saturday morning will reach the low to mid 20’s.

STAY WEATHER ALERT:  Stay close to your weather app tonight for the latest watches and warnings.  Make sure you allow push notifications.  And, since the storms will arrive while most are sleeping, make sure your weather radio is in the Alert mode, so that it can wake you up.  I’ll be doing my best to update twitter, Facebook, the App blog and the radio during the overnight hours.   Not sure if I will have your regular Tuesday morning video for you.  It depends on the level of activity overnight.  Stay weather alert.  Pass the word about the weather app.