CHRISTMAS DAY:  Sunshine will dominate, mixed with a few clouds.  I’ve taken any mention of showers out of the forecast. 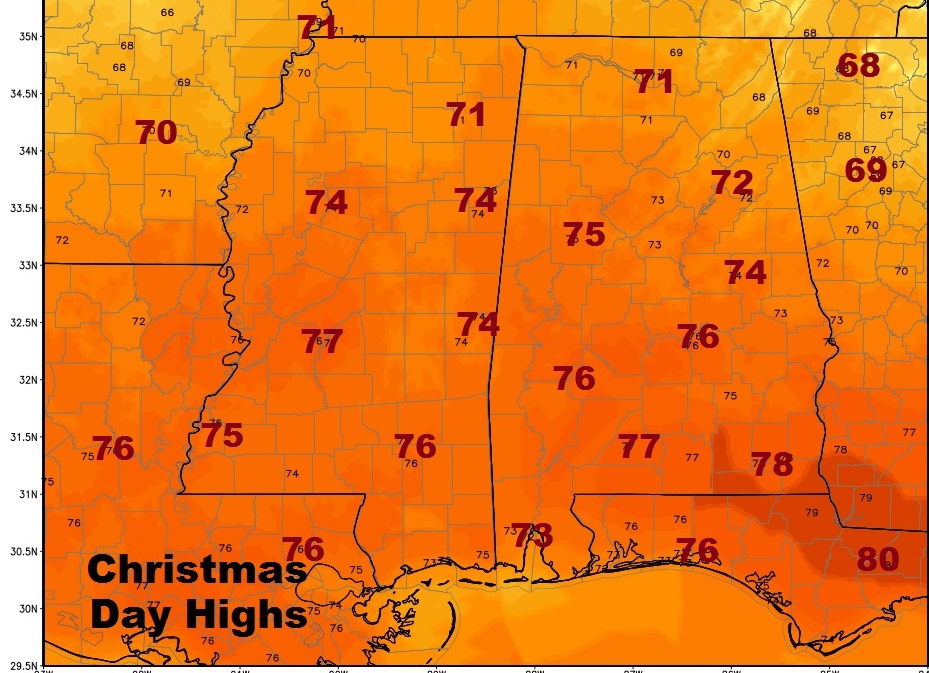 THE WEEK AHEAD:  Highs in the 70’s will continue Monday through Wednesday.  20% chance of showers each day.  A cold front moves through the state Thursday with scattered showers/t-storms.  Much colder Friday and New Years Eve,  into New Years Day.  The graph below from the European model shows the big contrast from Christmas to New Years. 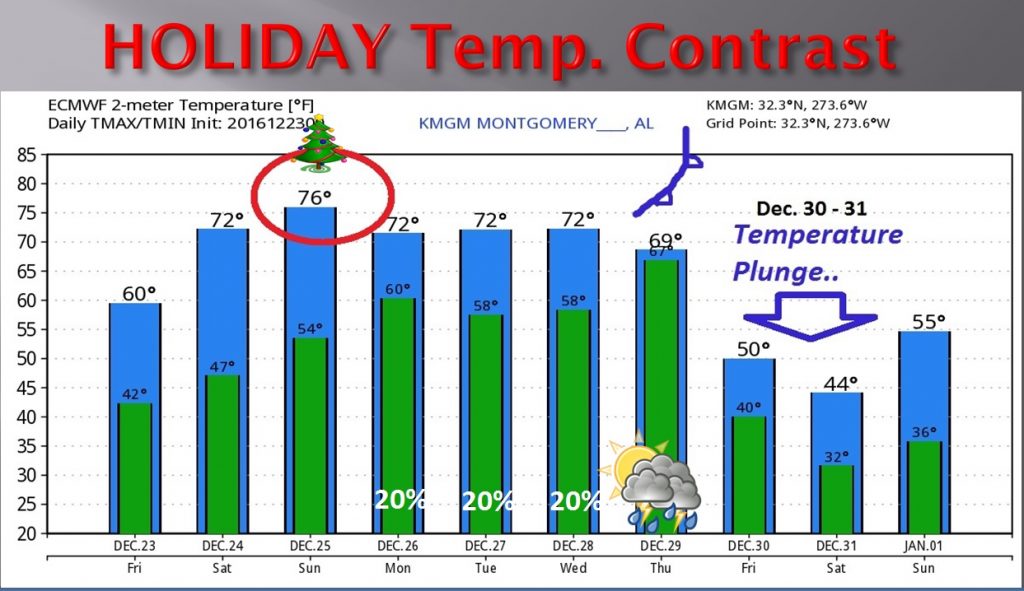 TRAVEL WEATHER:  A major storm system moving out of the Rockies will have a big affect on holiday travel as it moves into the Plains and Midwest.  Besides snow and ice, there will be a severe weather threat in the Plains states south to Oklahoma/Arkansas.  The storm may have a ripple effect on national air travel. 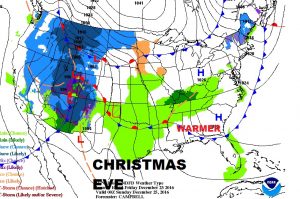 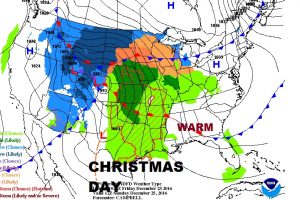 CHRISTMAS PAST:  Earlier I mentioned the drama of last Christmas.  On Christmas Eve we had flooding rains, closed roads, and historic flooding in Elba.  Some of us had 9”.  But parts of southeast Alabama had 14”+!    In the 39 years I have been covering the weather for here, we have had some wild Christmas weather.  From 80 last year, and a record 81 in 1987, to a record low of 5 in 1983.  How about the snow back in 2010?   How about the multiple tornado threat, including touchdowns and damage on Christmas Day 2012?  A lot of drama. 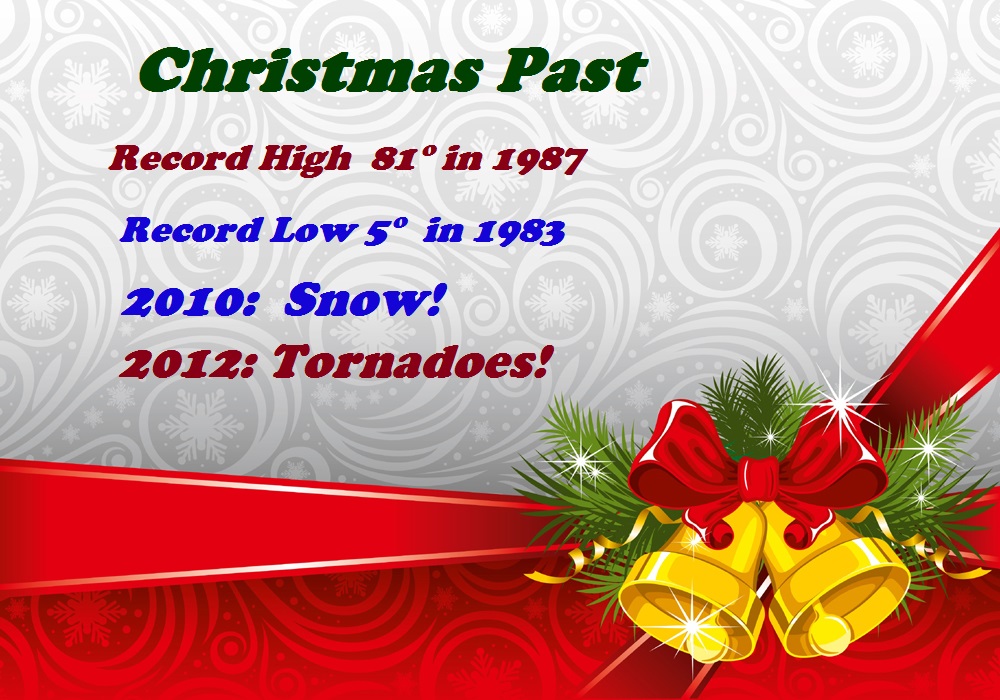 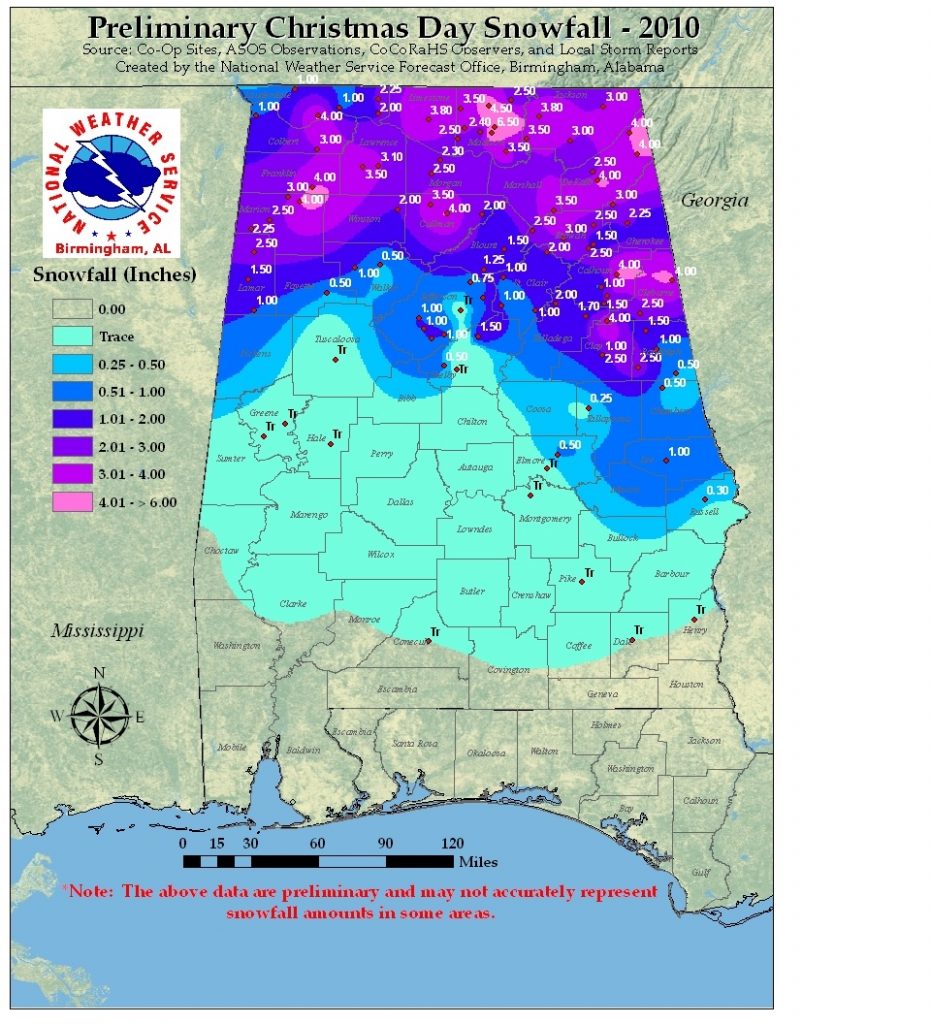