Good Morning!  Two significant storm systems in the next 5 days have our attention.  Both systems need to be monitored.  But, especially, it appears the Saturday night system could potentially be a bigger deal.  Potentially severe.  In the meantime, we will be close to a record high yet again today.  We’ll look at the distant horizon to much colder air. Here’s your Tuesday weather briefing.

Storm system number one Thursday night.  SPC has parts of west and SW Alabama under a severe threat at the moment.  We’ll continue to monitor to see if that area will be expanded. 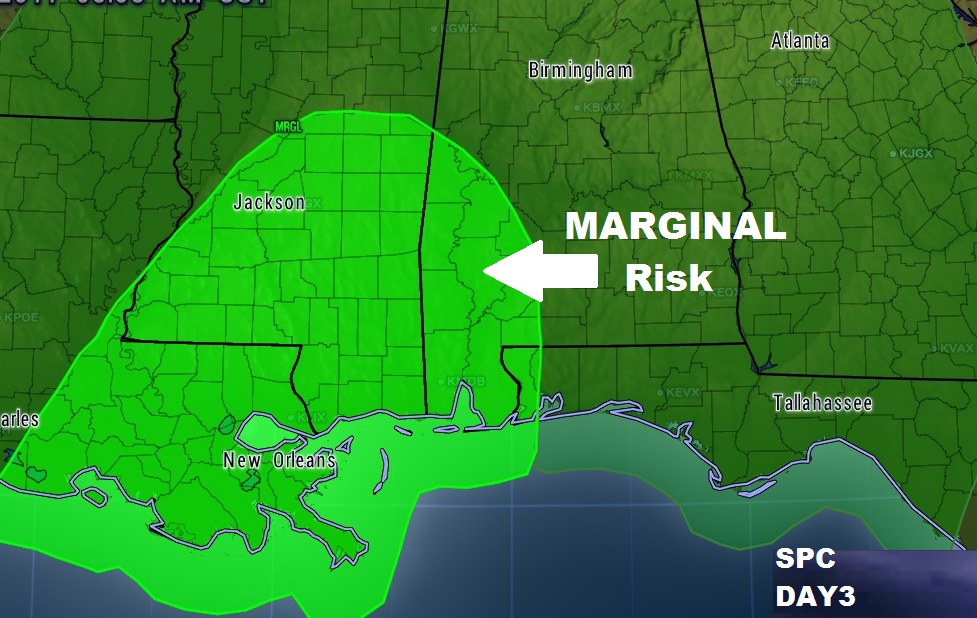 Second storm system could potentially be a bigger deal, Late Saturday night into the overnight hours and into Sunday morning. 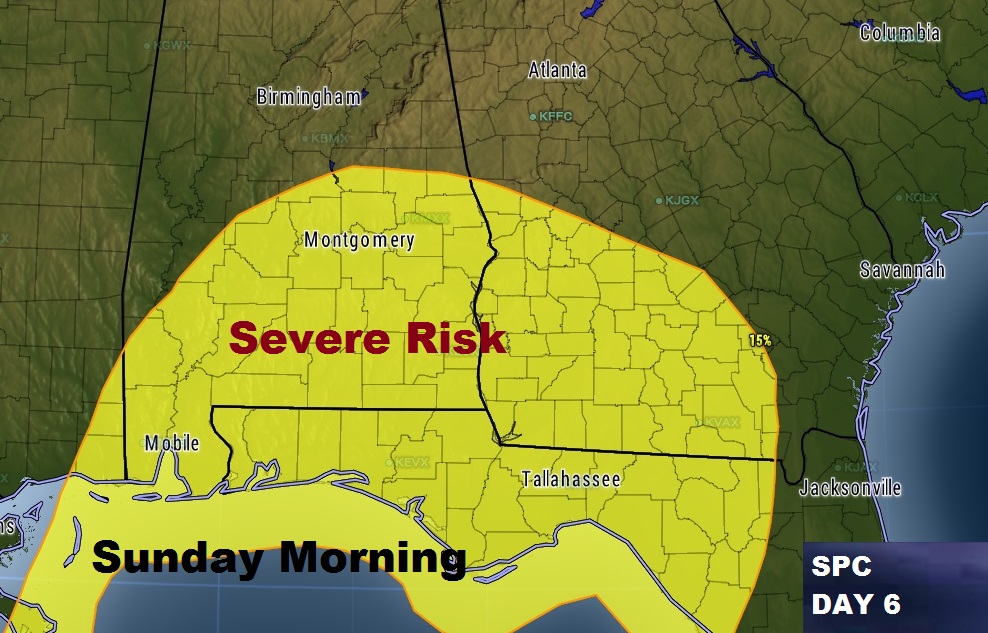 Total rainfall could be significant over parts of the state over the next 6 days.   Here’s just one model idea from the Euro model.  Some places could see more than 4″ total. 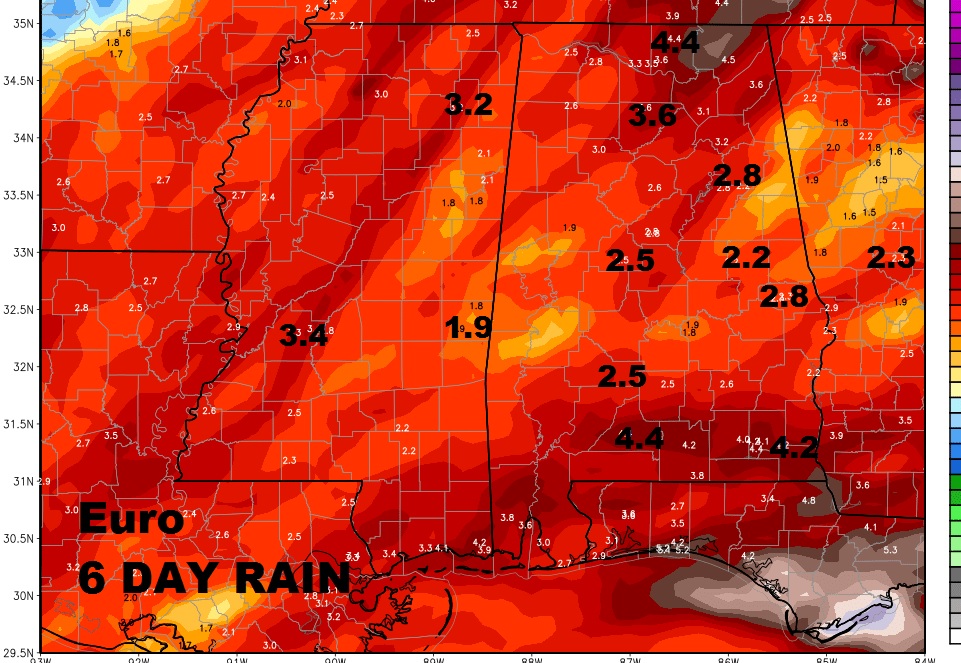 Hang on Cold weather fans.  Climate prediction center says a period of cold weather is in the cards by the end of this month into the first half of February.  Stay tuned for details. 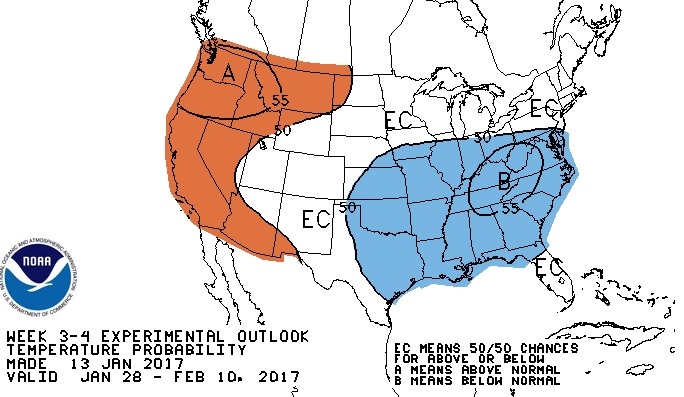