Clouds will hide the sun from time to time today, but all and all, it should be a remarkable Saturday, with highs reaching and perhaps even surpassing the mid 70’s.  A few spotty showers may pop up tonight and Sunday, but even Sunday will be well above the normal.

Check out today’s high temperature map.  Not only will we be warm,  our neighbors to the west could see some widespread record highs. 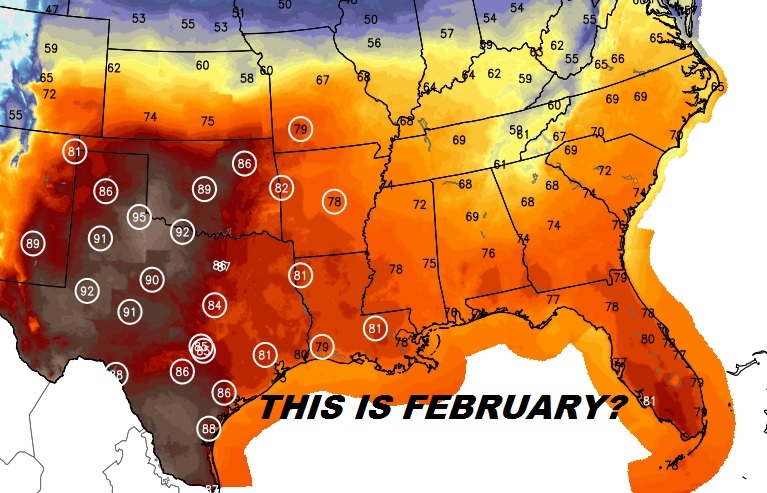 SUNDAY:  A weak cool front sweeping across the state will bring a tiny chance of a shower or two.  But, even still, highs will soar, probably into the mid 70’s again.  Cooler Monday.  High in the low to mid 60’s 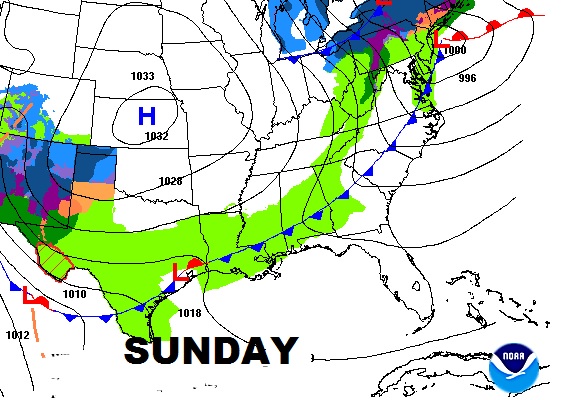 MID WEEK STORM SYSTEM:  The global models are now in better agreement.  A low pressure system will track either into extreme south Alabama, or close to the Gulf coast, bringing  a round of showers and thunderstorms Tuesday night into Wednesday.  With the low on this every southerly track, severe weather threat would be small to nearly zero, and mainly way south.   The GFS is farthest south with the Low.  The Euro takes the low into south Alabama. 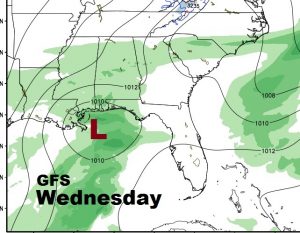 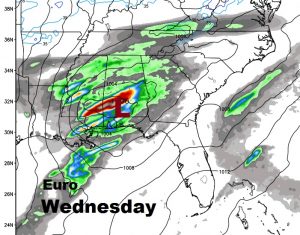 BLOG TOMORROW:  On tomorrow’s blog, we will look back at the anniversary of a fierce Montgomery tornado which devastated much of the city.  It killed dozens, injured hundreds.  Montgomery’s worst disaster, by far.  I’ll post that tomorrow on the anniversary.  Your next video will be Monday morning at 5.  Have a great weekend!