Good Morning!  We will flirt with a Record High on a rather remarkable President’s Day today.  But, we’re monitoring the next storm system..the first of two front’s which will affect our weather this week.  A warm week could lead to a much cooler weekend.  And, we could be a week away from a much stronger storm system.  Your 2 minute personal briefing with your toast and coffee this morning. 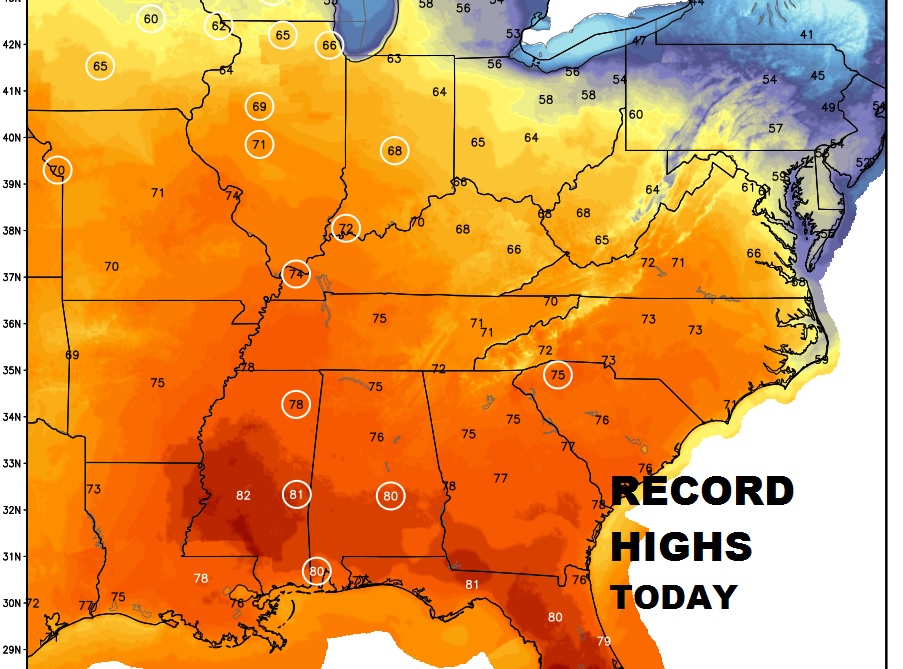 Storm System on the way will spread showers and thunderstorms into the area by Tuesday afternoon & Tuesday night.  Could be a few leftover showers Wednesday. 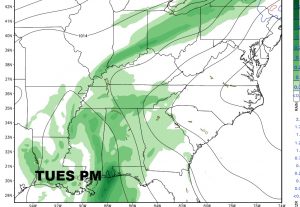 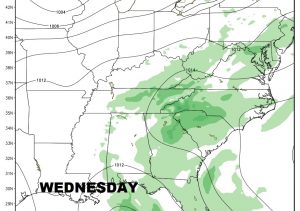 Rainfall will not be excessive.   In fact most of us should see .50 to 1.25″   Heavier rains will be confined to near the Gulf coast. 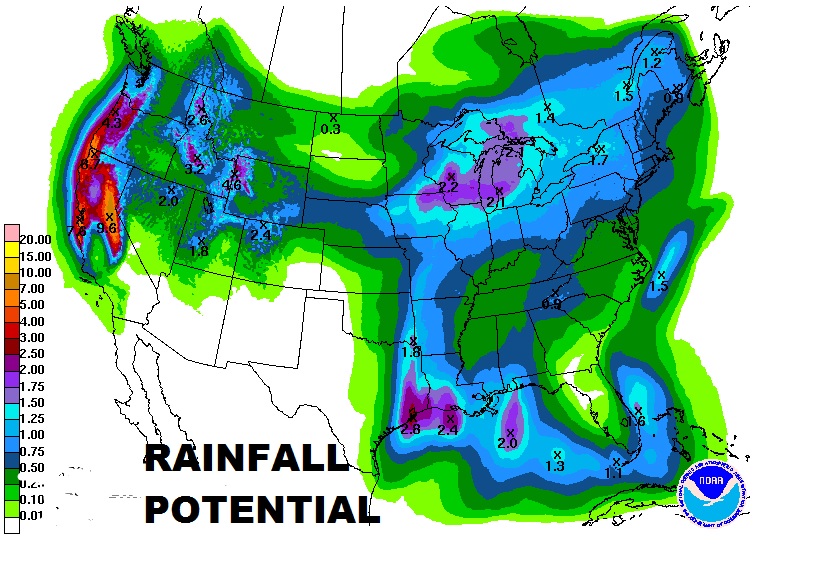 NEW EL NINO?:  For those of you who care…a couple of years ago we were in a so-called Super El Nino, which caused, among other things, a very stormy time, coast to coast, and at times prolific rainfall, plus a warmer than normal winter in a large part of the country, and a calmer than normal hurricane season.  In the last year we have been in a opposite phase: a weak La Nina.  Recently we have been neutral.  But, now, guess what?  We are easing back into what looks like another El Nino phase in the spring and summer ahead, as ocean waters are warming off the coast of South America.  It appears we may see a very active March, with wild temperature swings and perhaps several bouts of severe weather.  This could carry into April, as well.  The period from April through July appears to be very warm.  What about the hurricane season this year?  Well, usually an El Nino tends to stifle hurricane development, because of stronger winds in the lower latitudes which lead to shear.  Shear is the kiss of death to a tropical system.  Having said that, another factor must be considered.  The water temps. (SST) near and just off the US Coastlines are projected to be extremely warm this season.  That would promote the possible birth of a number of “homegrown, backyard” type tropical season.  So, there are mixed signals as we look ahead to this year’s season.

SEVERE WEATHER AWARENESS WEEK:  This is Severe Weather Awareness Week in Alabama.  It has already been active 2017 for tornadoes with close to 20 tornadoes for the young year already.  There’s no way to be sure, but there are ominous signals that this Spring severe weather season could be very, very active indeed, perhaps the most active in about 6 years.  Make sure your family has a plan of action and more than one way to receive warnings.  Our weather App and a good weather radio are essential.  DO NOT rely on outside sirens.  They are only meant to alert people are are outside.  Sirens can fail.  Sirens, at times, can not be heard inside.  Do not risk your life depending on sirens to alert you.  Get our app on your phone and/or tablet today. Search Rich Thomas Weather in your App store.   For more information about weather awareness week:  http://www.weather.gov/bmx/outreach_feb2017