In the headlines, dry today and into part of the evening before the rain arrives from that storm system in Texas.  Wet overnight and Sunday morning. Much of Sunday dry.  A few showers possible Monday.  Strong Cold Front arrives Tuesday.  Coldest day Wednesday.  Coldest morning Thursday, with a Late Season Freeze, deep into south Alabama.  Details below. 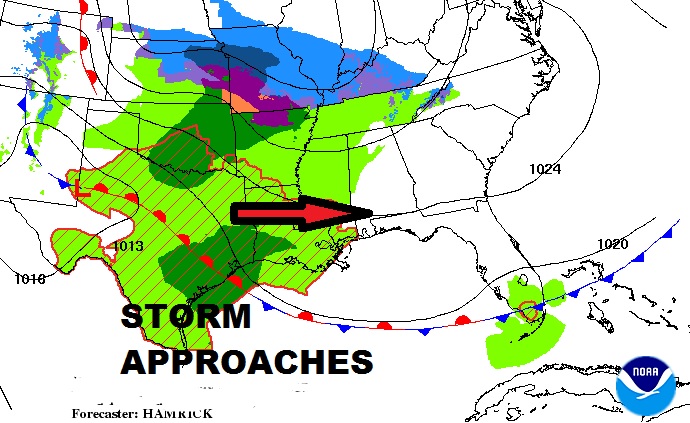 TODAY:  Partly sunny.  Clouds increasing through the day.  High near 70.  Not a bad day! 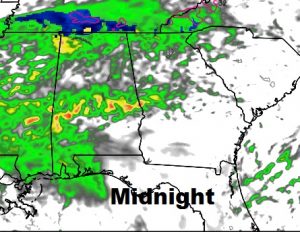 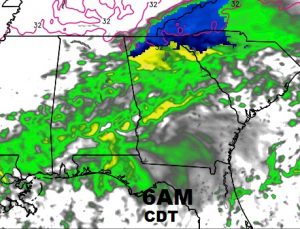 After the rain moves out, mostly cloudy, with some afternoon “sunbreaks”.  Rather cool for March. High 58. 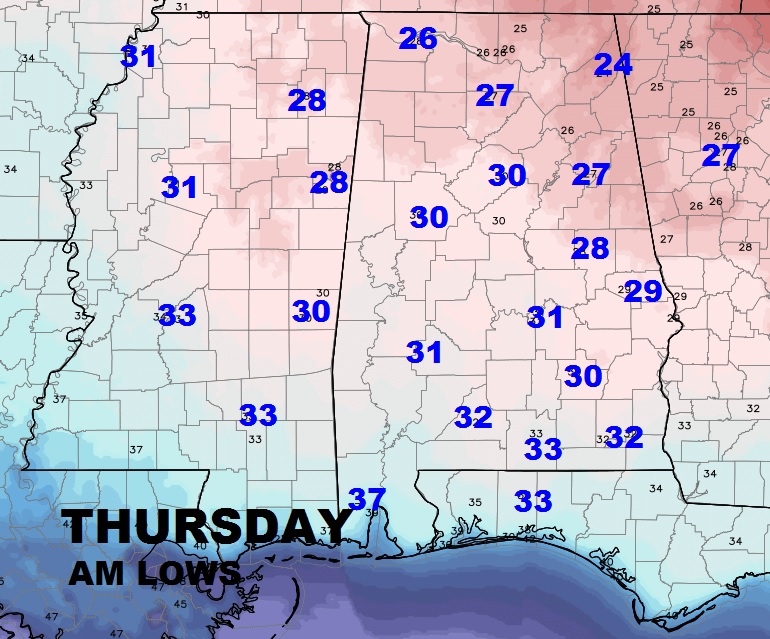 We will actually have 2-3 mornings in the 30’s Wednesday, Thursday and Friday.  Coldest day will be Wednesday.  Windy & cold.  High 54. 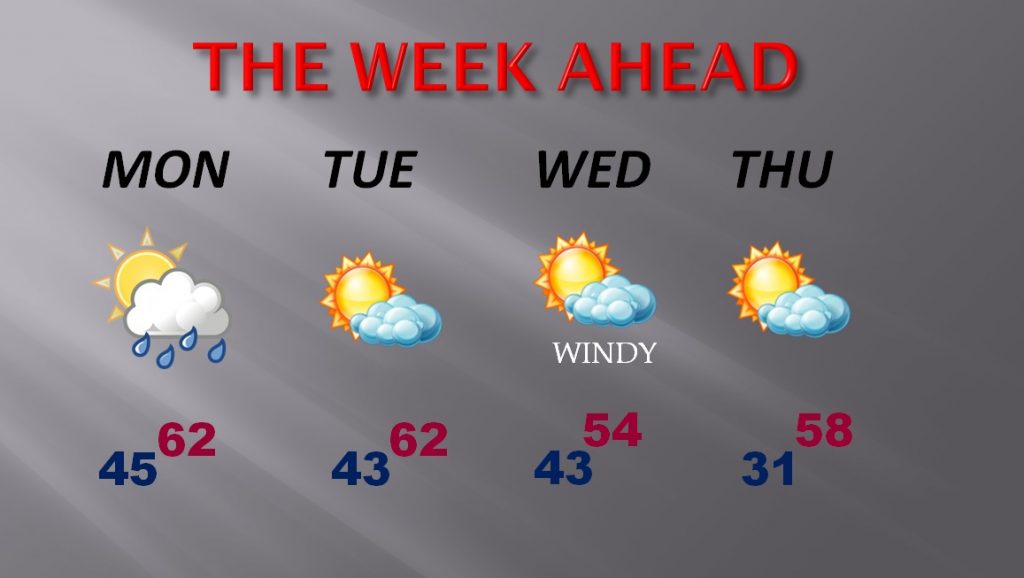 WHO WILL GET WINTER WEATHER?:  You are going to hear all kinds of crazy stories about possible snow in Alabama.  Most of the stuff you will hear will be WRONG.  Late tonight, there could be flurries perhaps in the higher elevations in extreme NE Alabama, like near Fort. Payne.  Little or no accumulation is expected.  BUT, Look just north of Alabama.  A band of accumulating snow is possible from Tennessee into the Carolinas.  And that’s not all.  The biggest snow storm of the season is in the cards from the middle Atlantic to the northeast, where some spots could get 2 feet of snow!  That will be mainly in the Tuesday/Wednesday time frame.  It will be the biggest national weather story of the week. 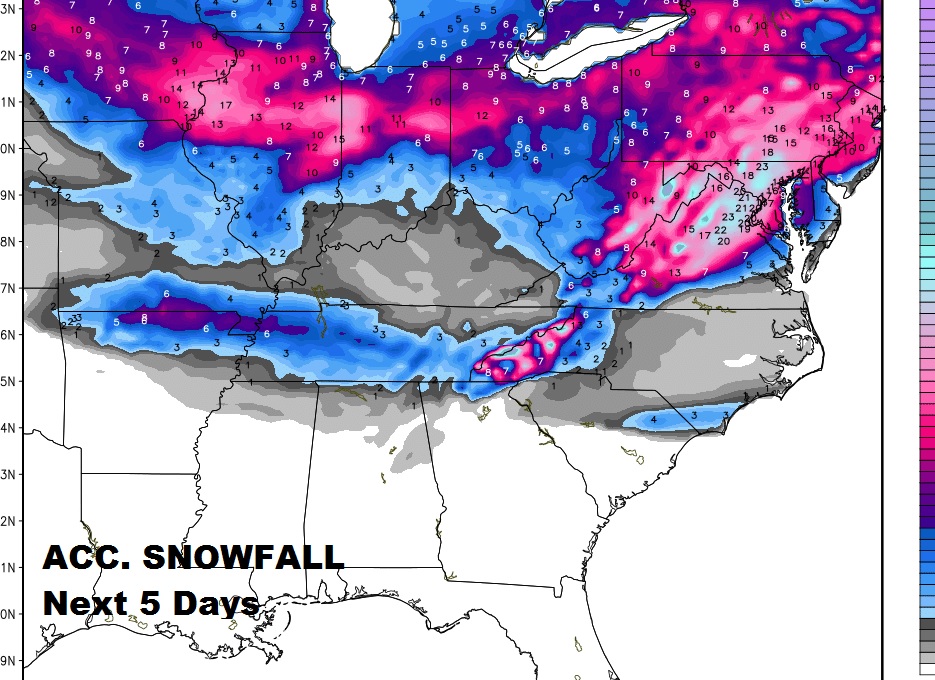 SPRING FORWARD:  Don’t forget.  You have probably been reminded a thousands times already.  We Spring Forward late tonight as we go back to Daylight Saving Time at 2AM.  We lose an hour of sleep.  But we get longer evenings before the sunsets.  Sunrise Sunday: 6:59, Sunset: 6:52.

Have a great weekend!  Bailey and I are still down here on the Alabama Gulf Coast where we had a record high yesterday.  Your next weather video will be online by Monday morning at 5, but there will be weather blog posts as needed, on your App, on Facebook and Twitter.