For our friends in the east and northeast, it will be one of the biggest March blizzards in years.  For us, in Alabama, it will be quite a reality check. a sharp late season temperature plunge, which will cause a freeze deep into the heart of south Alabama.  The freeze is most likely on Thursday morning, but even Wednesday morning, some spots will flirt with a freeze.  Details below.

First things first.  The drenching rains overnight will be departing the state this morning, as the low in the northern Gulf moves away.

TODAY:  Mostly cloudy, chilly a little breezy.  High in the upper 50’s.  Tonight will be partly to mostly cloudy.  Low 44.   Sunset on the new Daylight saving time will be 6:51PM.  Hopefully, we will get a peek at the Full “Worm” Moon tonight.  Moonrise is at 7:06PM.

MONDAY:  Mostly cloudy.  High 62.  Scattered showers around from time to time in the afternoon & evening as a cold front approaches.  Low Monday night 42.  The cold front will sweep southward to the coast by Tuesday morning.  This will usher in the “real deal” cold air. 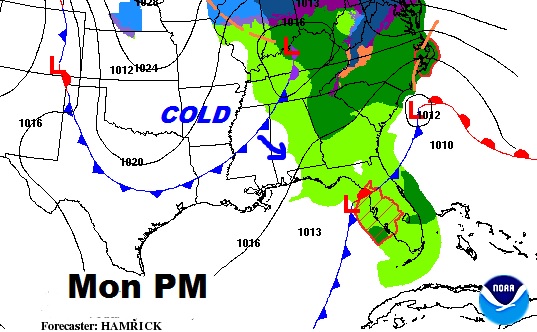 SHARPLY COLDER THIS WEEK – Late Season Freeze Likely:  Take a look at the numbers for the week ahead.  This is more like what we could expect in January, not March.  Coldest day will be Wednesday.  Coldest mornings Wednesday and Thursday morning. Alabama growers should be ready to take any necessary precautions.  We will start to see at least a modest recovery by Friday.  By the way, the average high and low for this week in march is 69 and 45.   Below are the lows for Thursday morning, and a look at the week ahead. 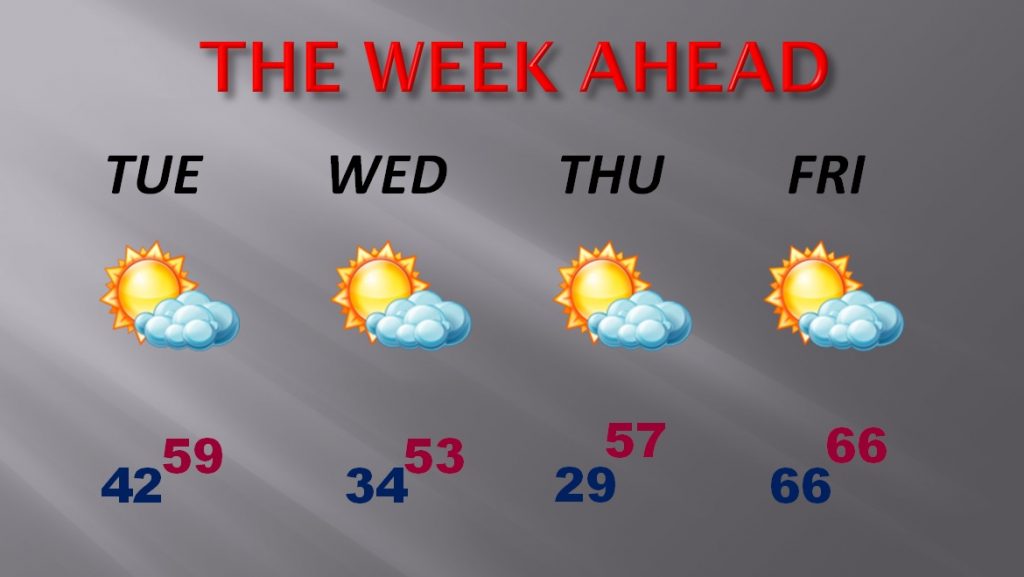 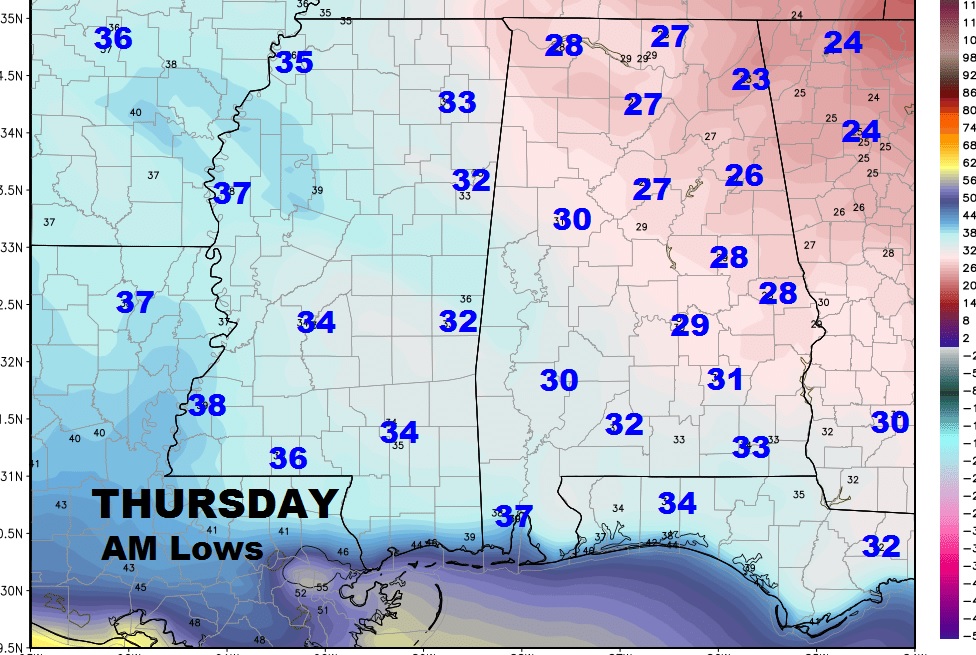 BLIZZARD FOR THE EAST AND NORTHEAST:  Just in case you will be traveling, or you have friends and family in the east and northeast, the big story this week will be about the potential blizzard conditions expected, which could bury parts of the east with a  1 to 2+ feet of snow.  It will be a major national news story.  Severe winds and bitter cold air will combine to cause blizzard conditions in some of the big cities along the east coast.   The expected snowfall map below shows which areas could see the most snow. 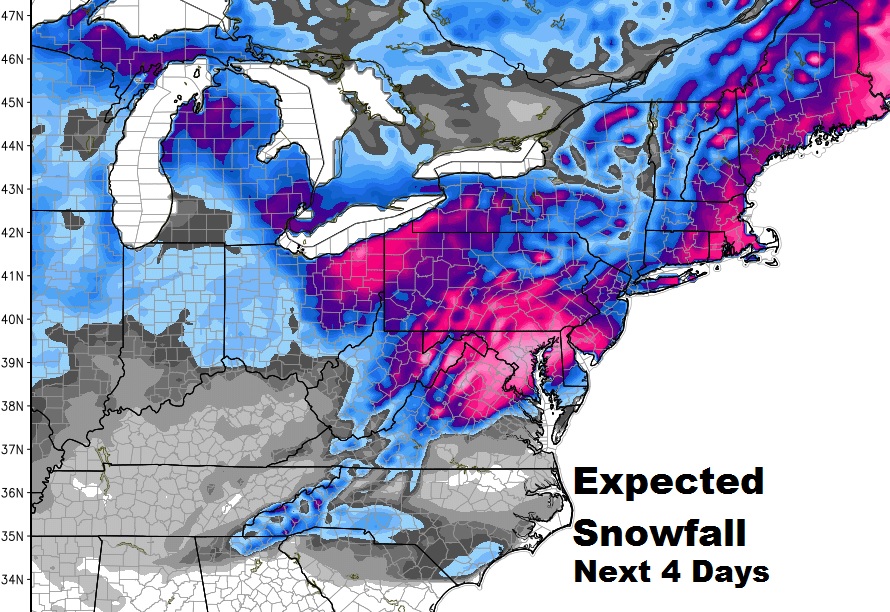 REBOUND NEXT WEEK:  If you don’t like the cold, hang on.  The US GFS model signals a big temperature rebound for the next week, March 20-27. 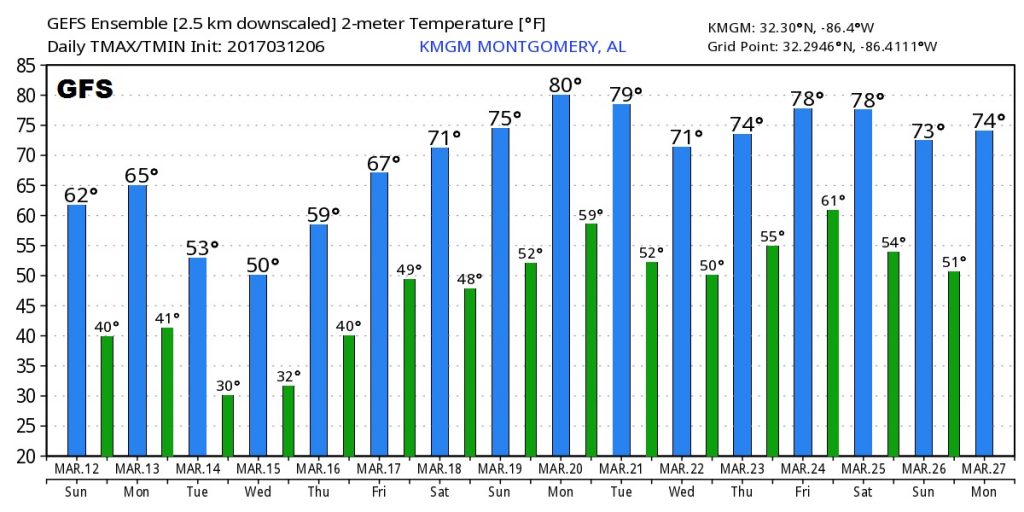