While you slept Tropical Storm Cindy got stronger in the Gulf.  We are on the wetter, more active eastern side of Cindy’s influence.  That means some parts of Alabama could get some flooding rainfall amounts.  I’ll show you some potential rain totals.  A few spin up tornadoes are not out of the question for parts of Alabama today & tomorrow – I have the latest severe weather risk maps. Plus, a look ahead to the weekend…and also, down the road I see a day or 2 when we actually might dry out and see the sun!  Here’s a your very important Wednesday morning briefing.

UPDATE AT 10AM CDT:  Winds came down a bit on the NHC 10AM #Cindy advisory. Now 50mph. Moving NW at 10. Trop. Storm warning from about Galveston to New Orleans. The biggest story continues to be the threat for more flooding rainfall, particularly in parts of Louisiana, MS, south and SW Alabama, and the Florida panhandle. 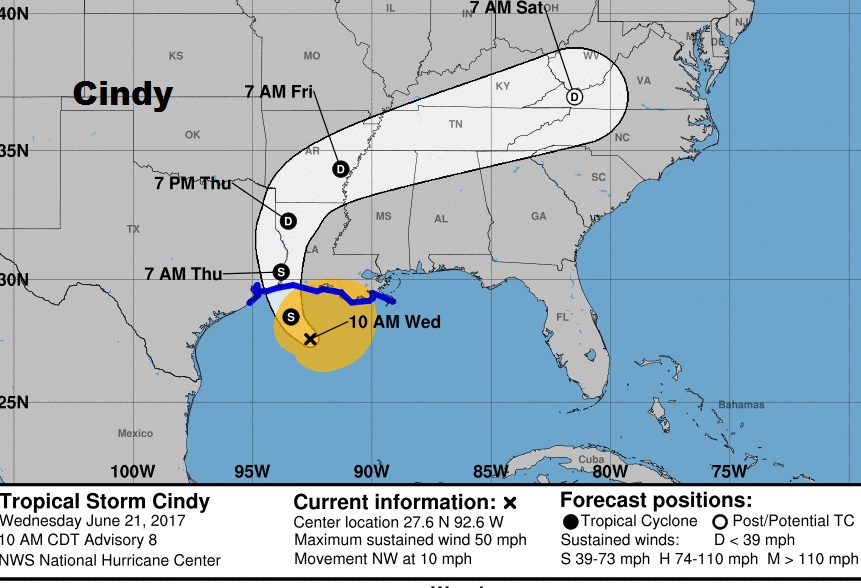 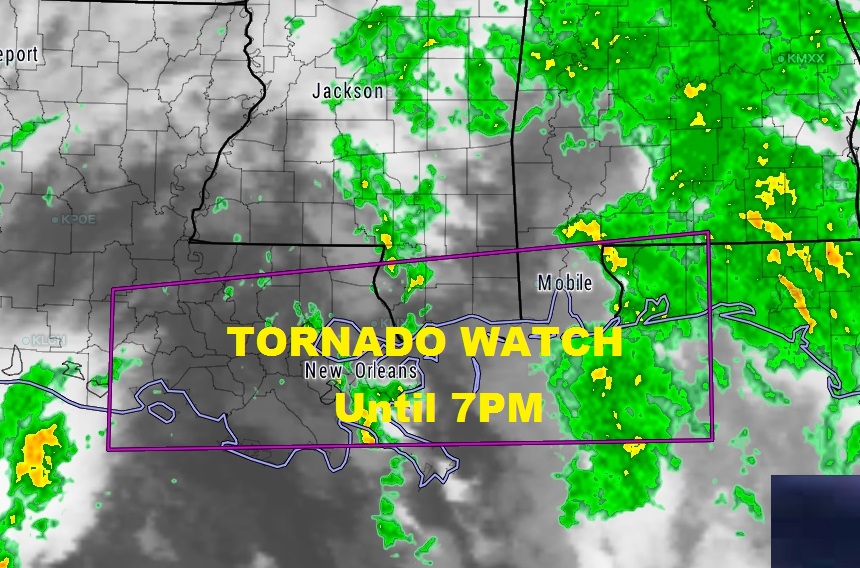 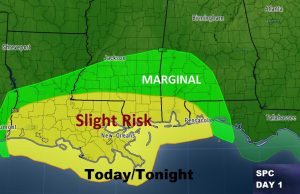 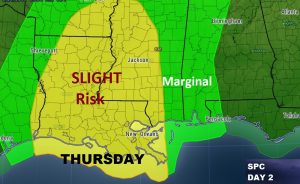 Flash flooding is possible across the entire Gulf south.  Some coastal areas of Louisiana through Mississippi to coastal Alabama could see a foot of rain or more.  Flash Flood Watch. 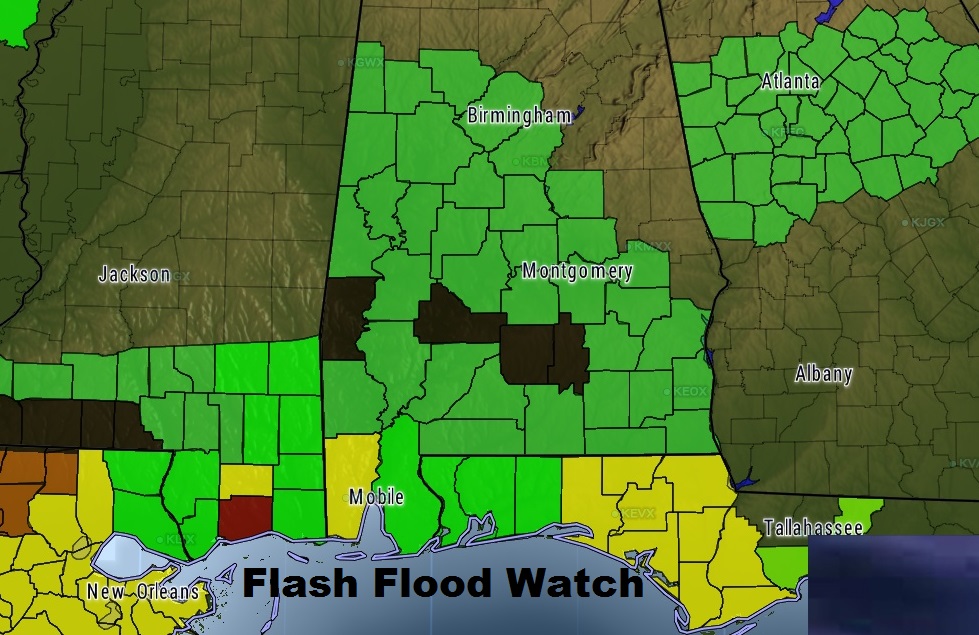 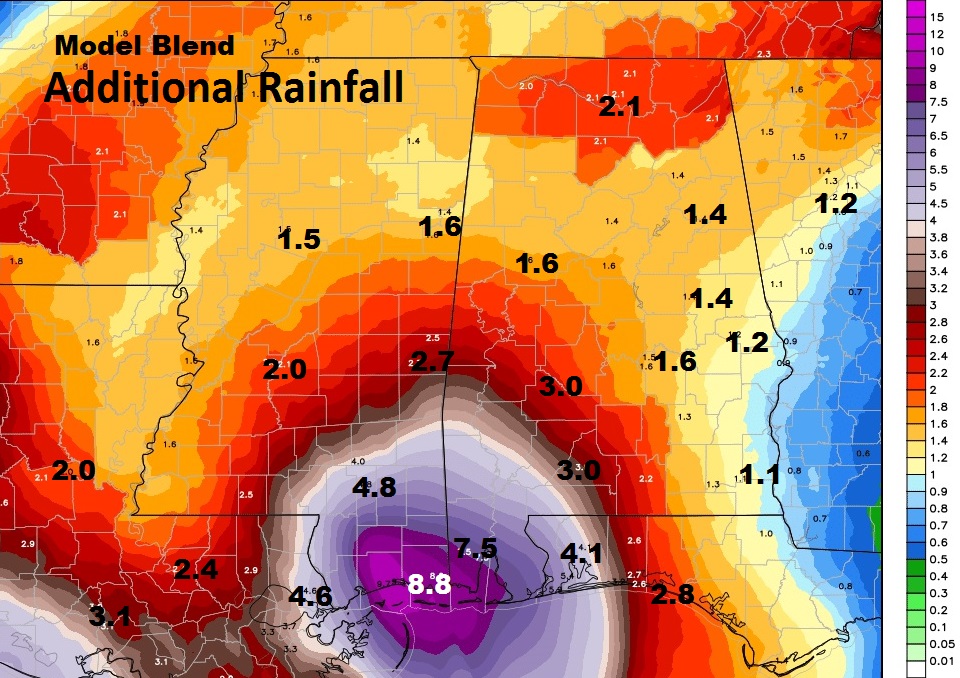