The system formerly know as Potential Tropical Cyclone 3,  has now been promoted.  As expected, it has become Tropical Storm Cindy.  Although the system is expected to move toward the Texas/Louisiana coastline, most of the bad weather with this lopsided system is well  east and northeast of the center.  For Alabama, and much of the Gulf south, Cindy will be a prolific rain maker.  Also, down the road, we can’t rule out some spin up tornadoes, particularity  Thursday.  Here’s the latest on Cindy.

At 400 PM CDT (2100 UTC), the center of Tropical Storm Cindy was
located near latitude 25.7 North, longitude 90.6 West. Cindy has
been nearly stationary for the past several hours, but a
northwestward motion is expected to resume tonight and continue
through Wednesday. A turn toward the north-northwest and then toward
the north is expected Wednesday night and early Thursday. On the
forecast track, the center of Cindy will approach the coast of
southwest Louisiana and southeast Texas late Wednesday and Wednesday
night, and move inland over southeastern Texas on Thursday.

Maximum sustained winds are near 45 mph (75 km/h) with higher gusts.
Some slight strengthening is expected during the next 24 hours.

Tropical-storm-force winds extend outward up to 205 miles (335 km)
from the center, mainly to the north and east of the center.

mainly to the north and east of the center. 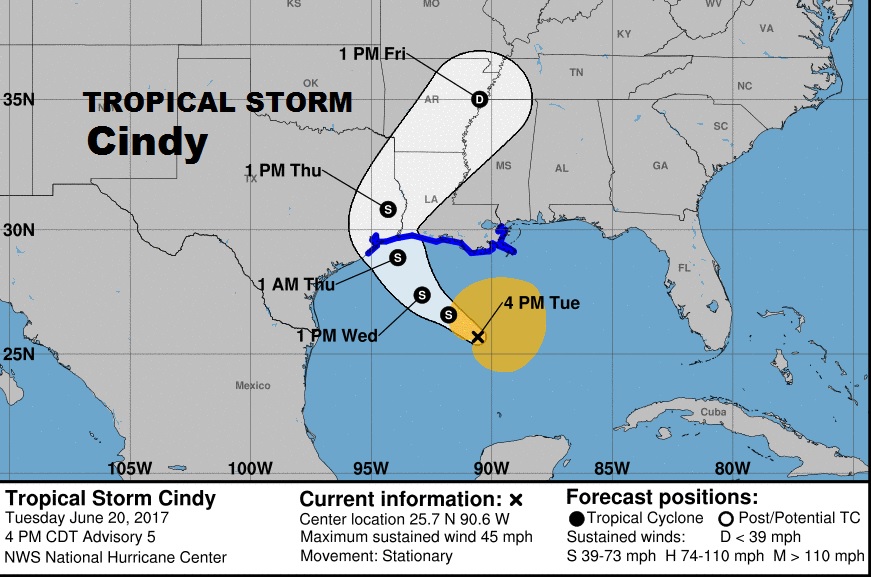 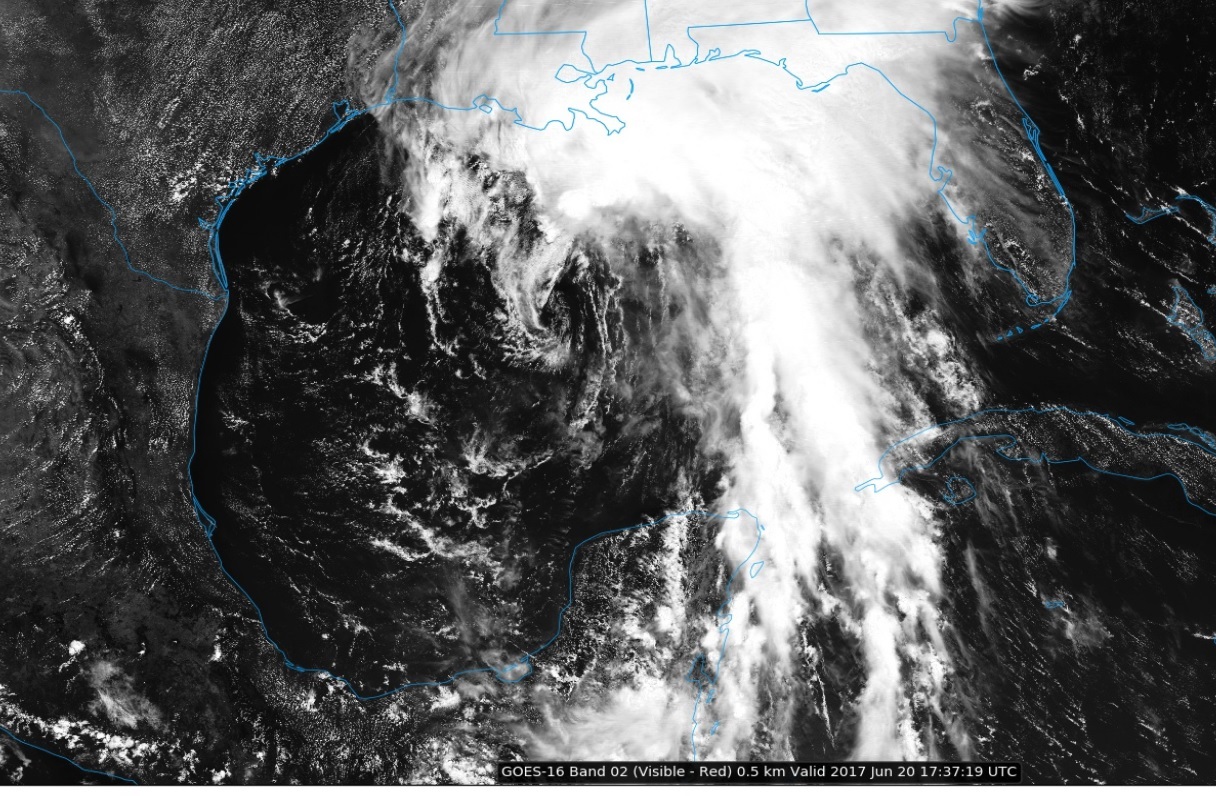 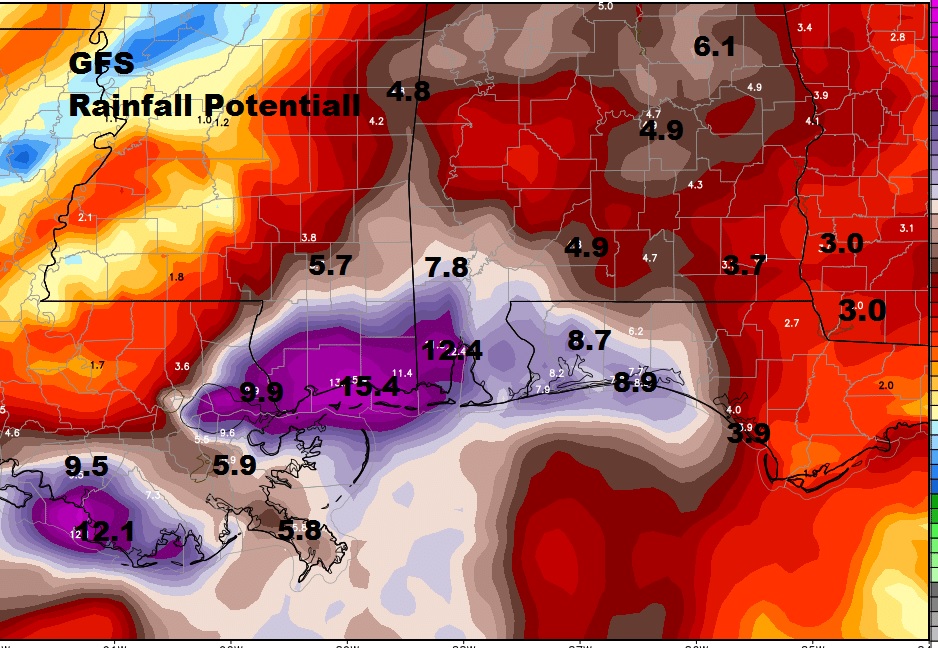 TORNADOES:  A tornado or two is possible this afternoon and tonight from south-central Louisiana to the western Florida Panhandle.  The severe weather threat may get a little better, especially when the system reaches land.  Landfalling tropical systems are notorious for producing spin-up tornadoes, perhaps even as far east as SW Alabama.