There’s a lot going on this First Day of Summer.  All eyes on the Gulf as we track the tropical system which could bring prolific rainfall amounts to the Gulf South.  We will see a good bit of that tropical plume of moisture here.  I’ll bring you up to date on the Gulf system, and Tropical Storm Bret.  We’ll look at potential rainfall amounts.  And, a look ahead to what’s in store for the weekend, too, on this special Tuesday morning weather briefing.

Here’s the 4AM update and forecast cone from NHC on what they are calling Potential Tropical Cyclone 3.  It probably will get the designation as Tropical Storm Cindy later today. 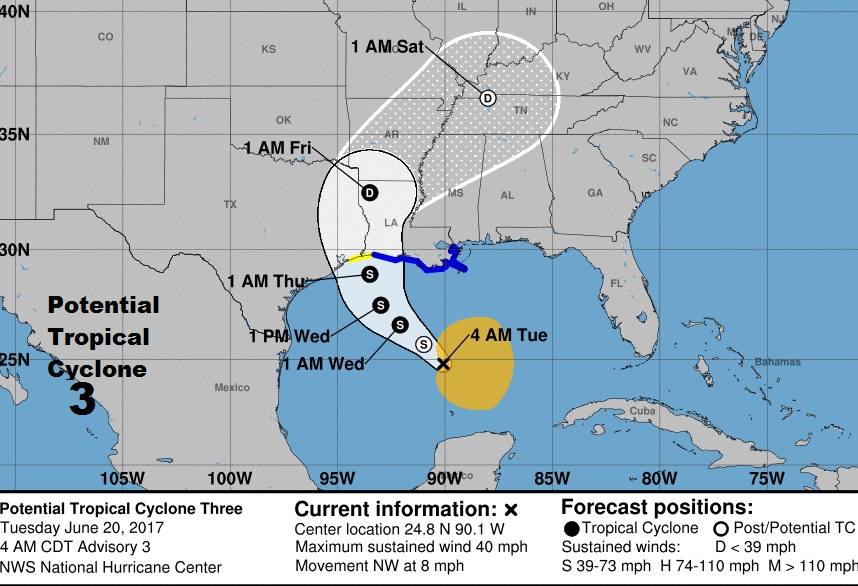 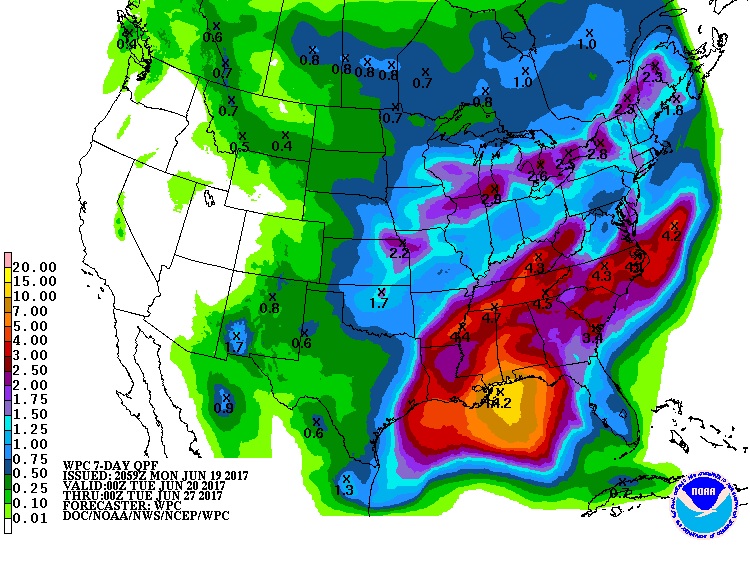 Here’s the GFS model showing the potential for up to a foot of rain over parts of SW Alabama. 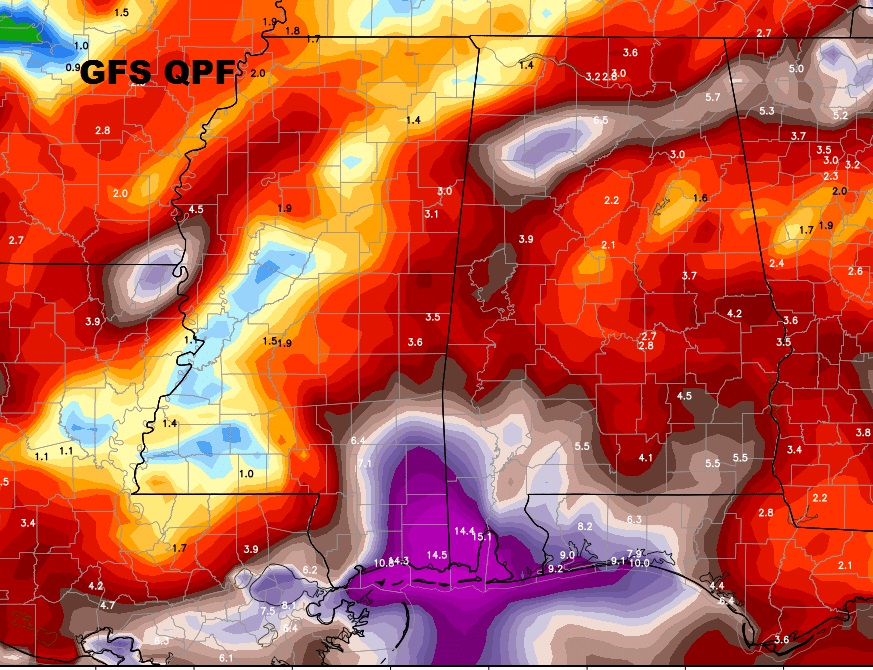 The other Tropical System…Tropical Storm Bret continues moving westward in the Caribbean and will be affecting the Windward Island with Tropical Storm conditions. 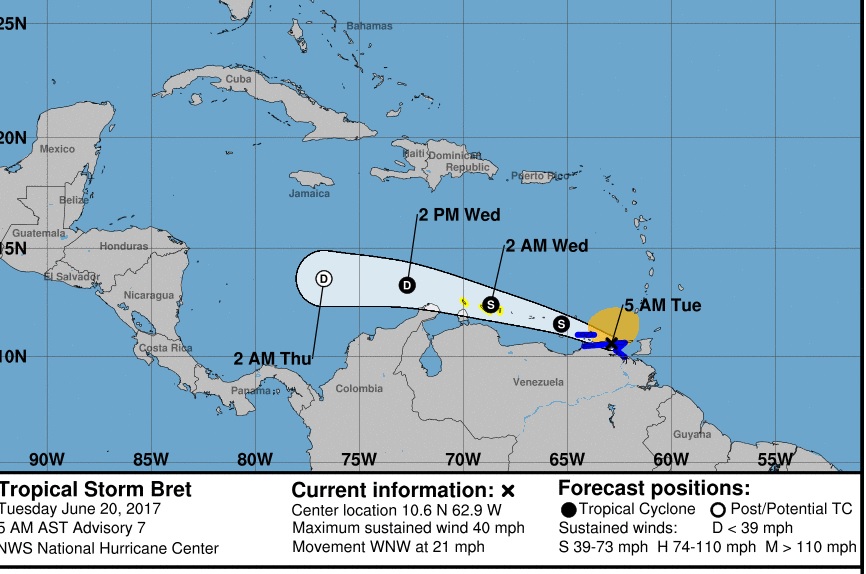 Bret, if it survives, could have future implications for the United States.  The point is, it may NOT survive. 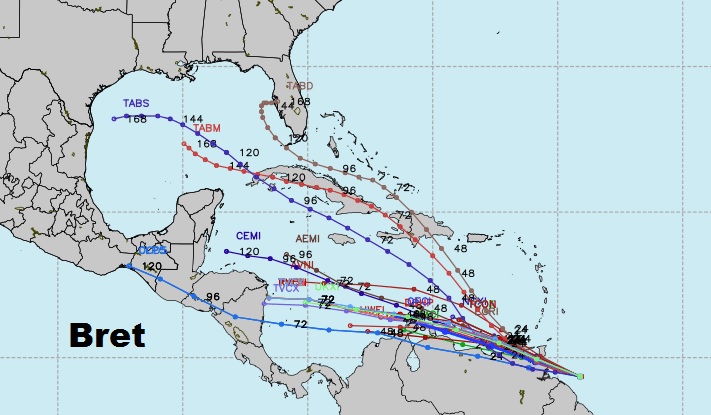