..Dangerous heat next few days… On this video, I’ll update, not only the expected highs, but also, the dangerous heat indices expected later in the week.  Plus, I had to “tweak” the weekend rain chances a little bit.  It’s a big weekend on the Gulf Coast. I have the updated Beach Forecast, and an update on 2 systems out in the tropics.  A lot of good information on an action packed Wednesday morning weather briefing.

The big Heat Dome covering America’s heartland is spreading eastward.  Dangerous heat on the way, particularly Thursday through Saturday.  Here’s that upper level, up at about 20,000 ft.  which will tend to hinder shower development, and will promote very hot temperatures, combined with  extremely high dewpoints which will set the stage for excessive and dangerous heat indices. 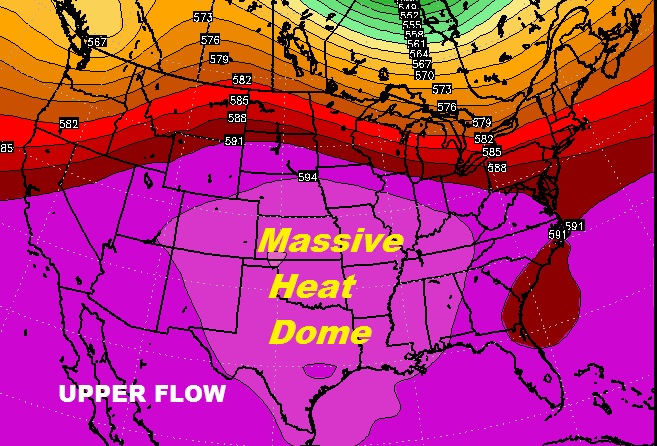 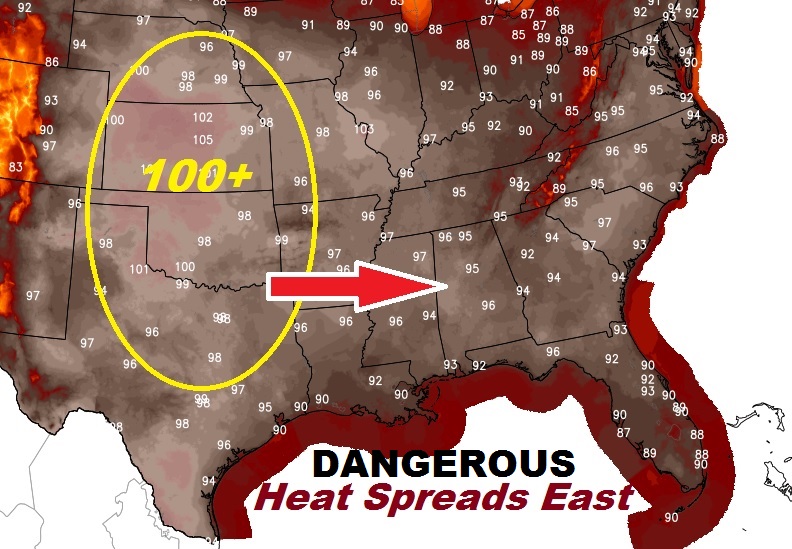 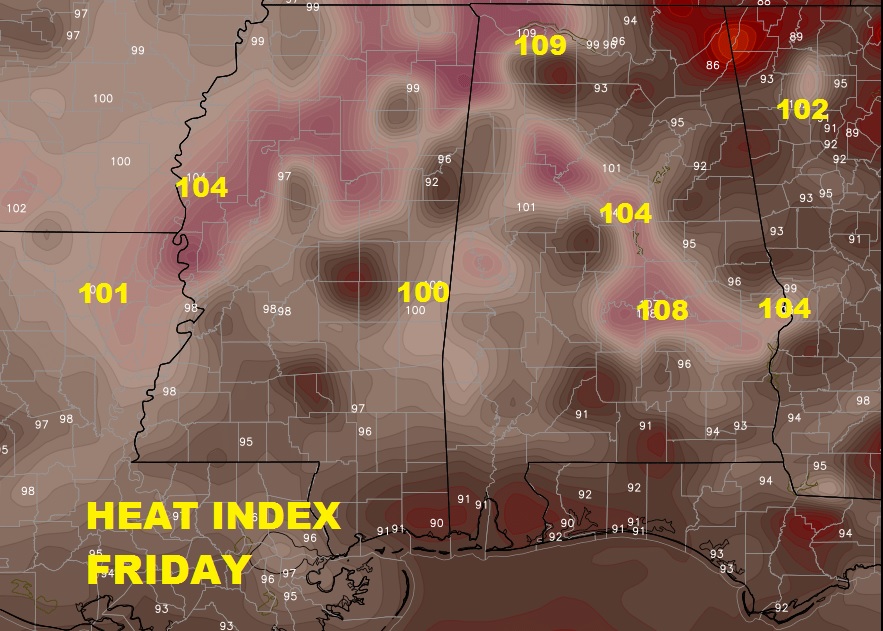 The computer models are printing out some pretty excessive high temperature numbers.  Here’s a peak at the Euro. 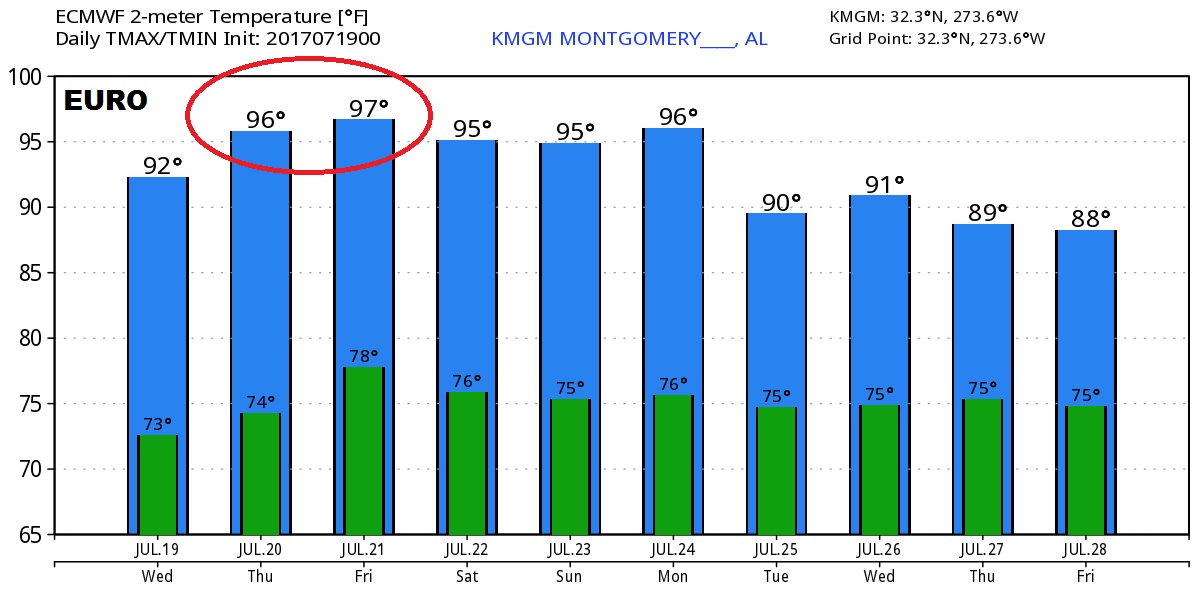 By the weekend, showers will creep back into the forecast as the upper high breaks down and a “weakness” develops in the upper atmosphere. 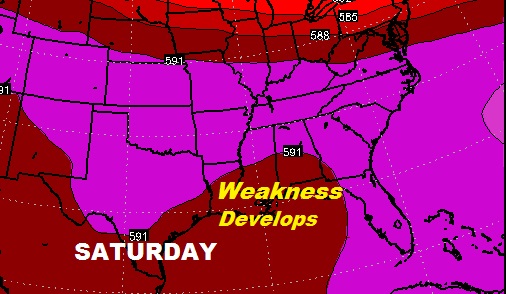 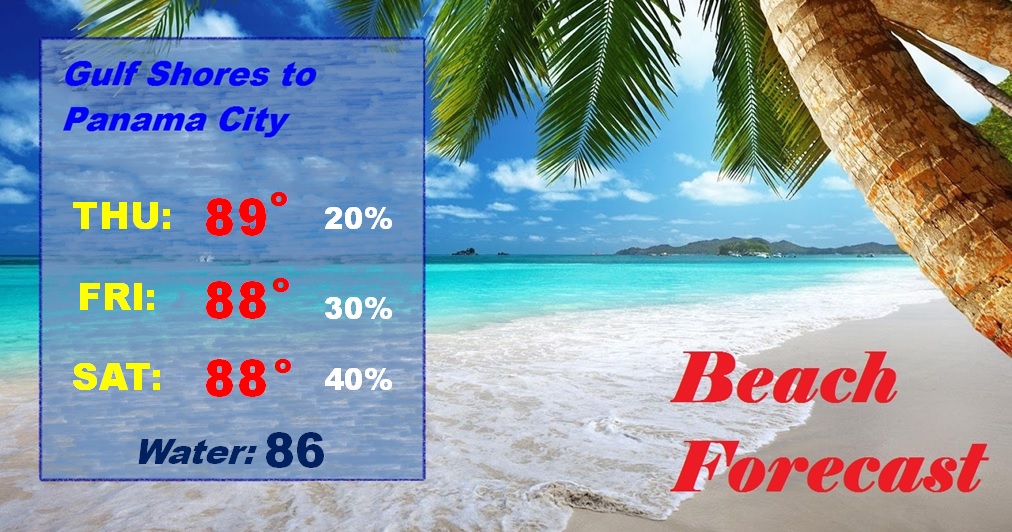 Big weekend on the coast with the Alabama Deep Sea Fishing Rodeo on Dauphin Island and the Grand Opening of phase one of the new OWA amusement park in Foley. 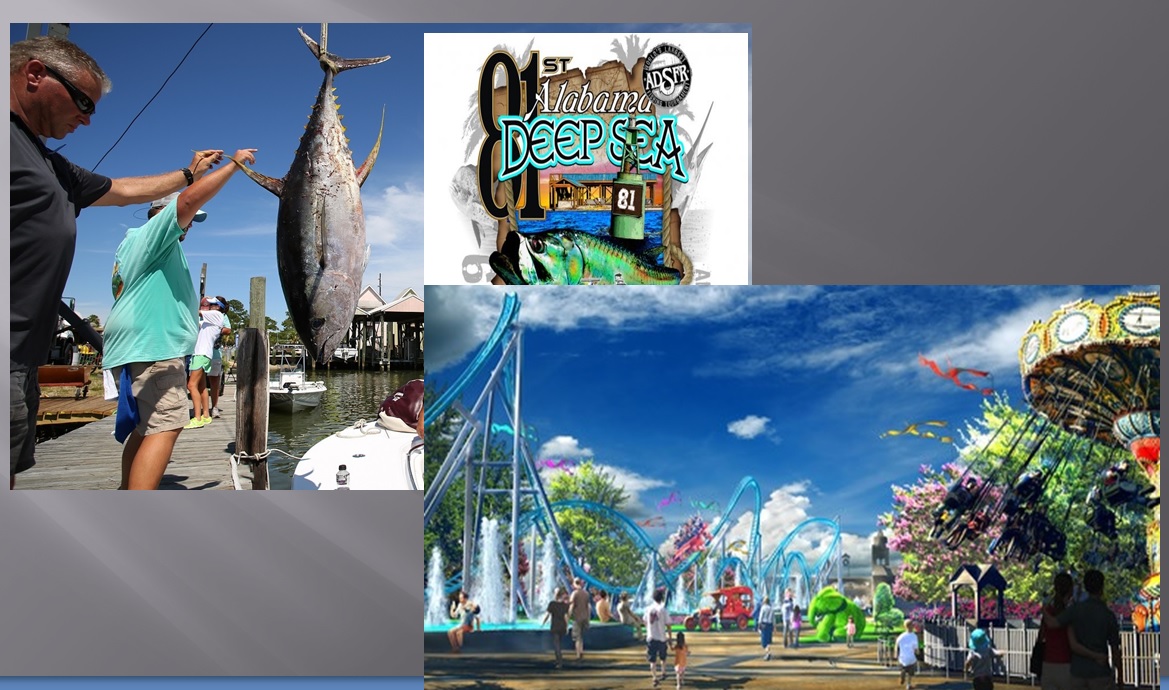