Too  bad the total solar eclipse is not today or Sunday.  Sunshine will be dominate both days.  Not too many clouds.  By Monday, a pretty typical summer day, conditions will be “iffy”.  (More on the Eclipse Cloud forecast below)   First,  a sizzling weekend forecast, with dangerous triple-digit heat indices. 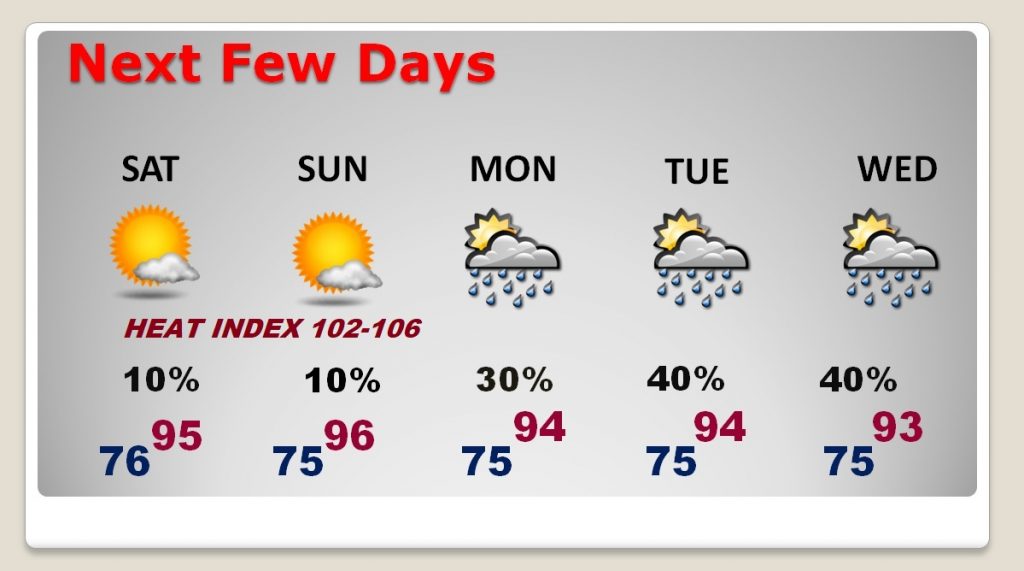 ECLIPSE CLOUD FORECAST:  Not ideal, but not a solid overcast, either.  I think it will be a typical summer day with the sun in and out of those big puffy white cumulus clouds.  I think for many of us, the coverage will be about 50-60%.  So, I think we will get a lot of glimpses of the sun, but I’m describing the cloud forecast as “iffy”.  We’ll keep refining this, but I don’t expect any significant chances in this idea.  Spotty storms are possible.  I have the rain chances at 30%.  The best rain chances will be after 2:PM.  We expect maximum eclipse coverage at about 91% at 1:34 pm.  Below:  the expected cloud cover forecasts locally, the eclipse totality map and the times involved for the Eclipse, start, end, and maximum here in central Alabama. 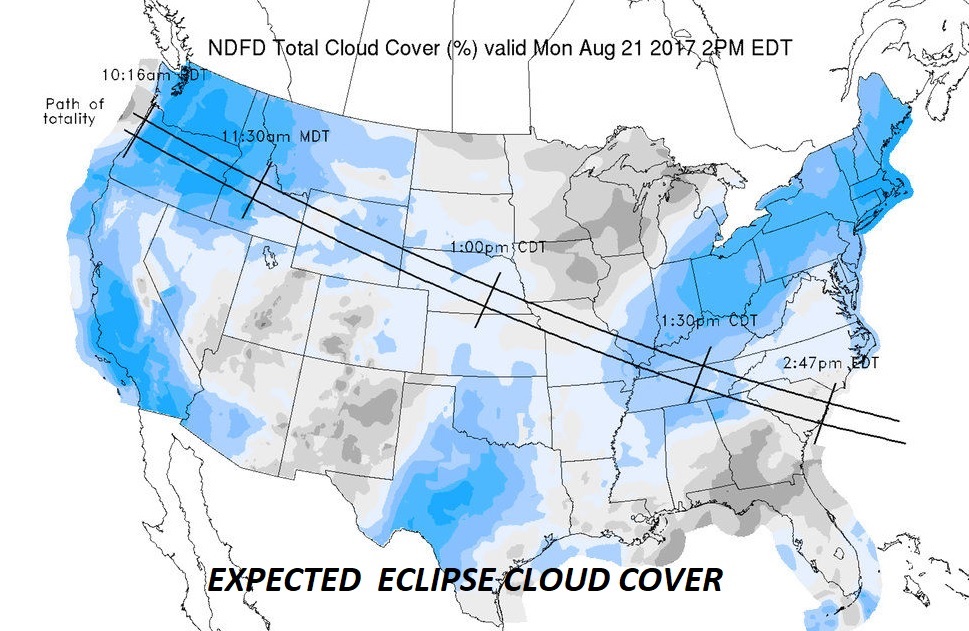 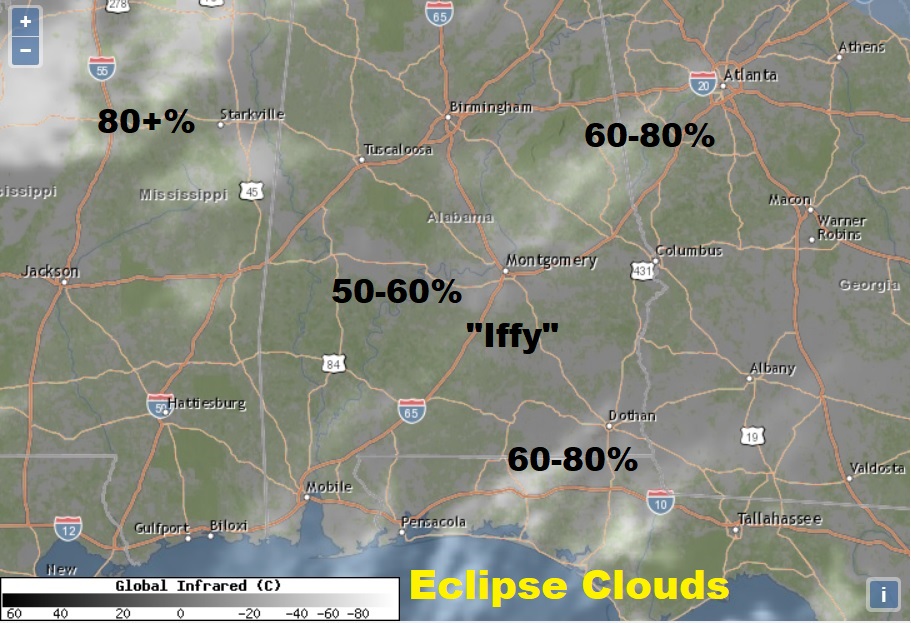 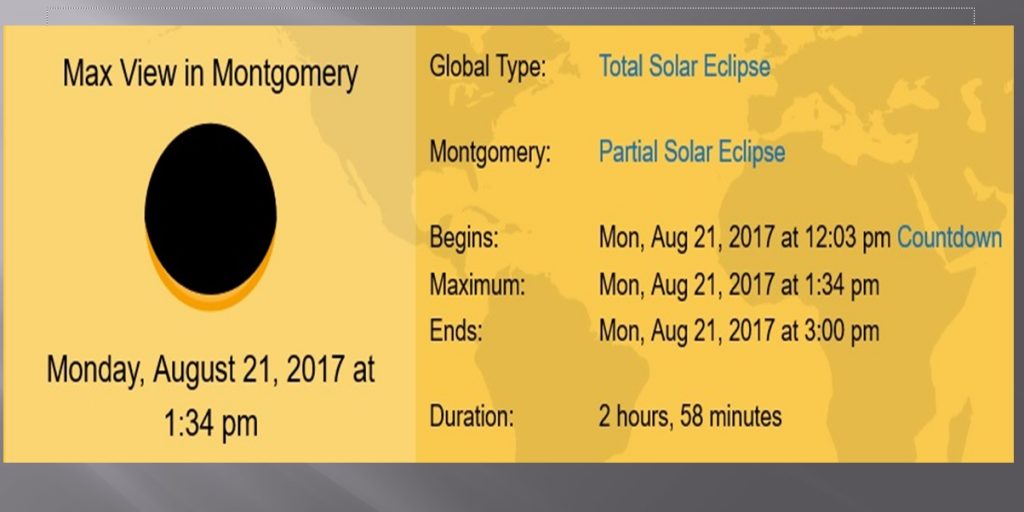 TROPICS ARE BUSY:  First, let’s talk about Tropical Storm Harvey, a minimal tropical storm in the Caribbean.  Not forecast to be a hurricane on the latest NHC forecast as it heads in the general direction of Belize, and then into the SW Gulf of Mexico.  There are future question marks on whether Harvey will turn northward and threaten Texas late next week. 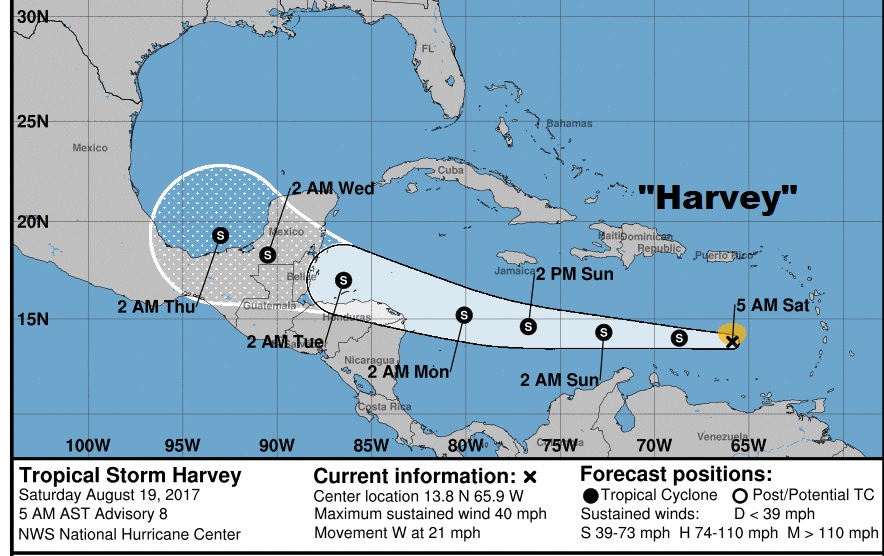 Invest 92-L is in a very hostile environment, in the tropical Atlantic, enduring wind shear and pockets of dry air. Its over all health over the next 5 days is questionable.  However, if it does survive, it could have an interaction with the Bahamas and Florida in the week ahead.  The next available name of the map is Irma.  The other system behind 92-L, appears destined for the open Atlantic and we won’t waste your time talking about it. 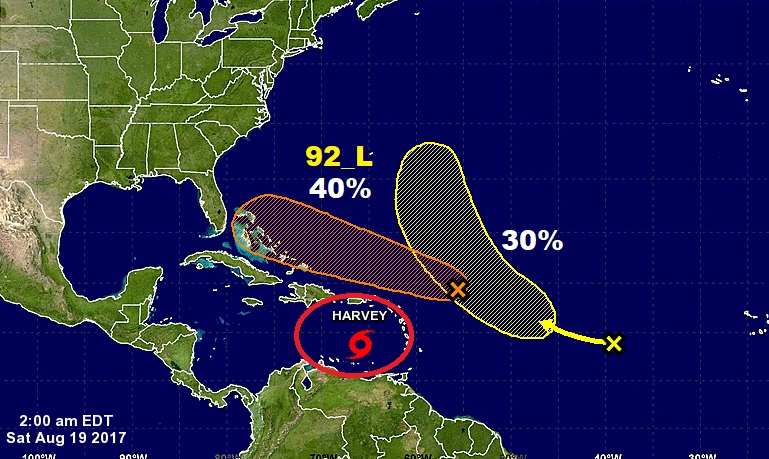 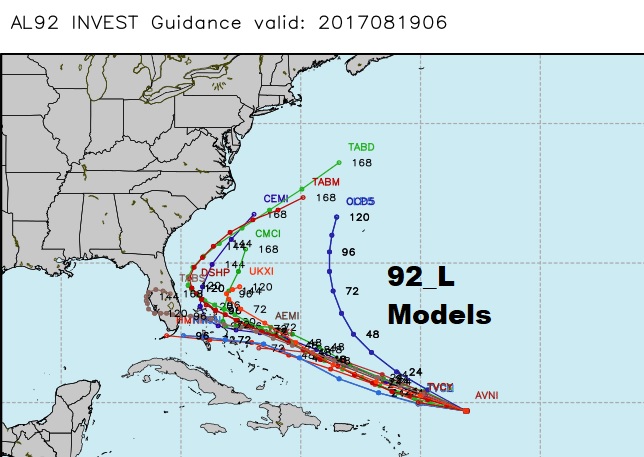 Have a nice weekend..there will be other posts along the way, perhaps even a brief video later.  Eclipse countdown: 2 days!