Harvey has been going through rapid intensification since early this morning, and is now Hurricane Harvey (as of Noon), as it threatens the Texas coast by late Friday night.  It is forecast to become a Major category 3 storm.  It will linger over Texas for a couple of days at least, which will likely lead to catastrophic, life-threatening flooding.  This is likely to be an extremely dangerous hurricane on several levels.  Special 1;PM NHC Advisory Cone below: 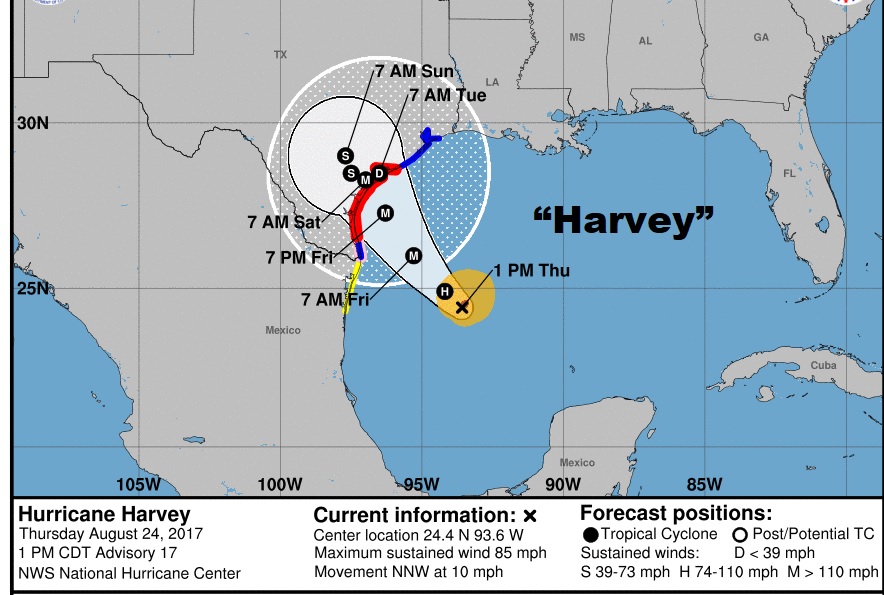 PROLIFIC RAINFALL POETNTIAL:  Parts of coastal and eastern Texas could see truly epic rainfall totals which could produce catastrophic flooding.  Rainfall totals could easily be in the 20-30”range.  Higher amounts are possible. 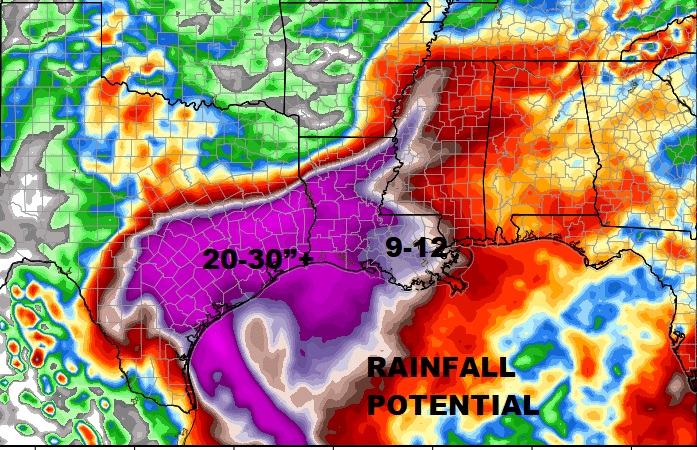 HARVEY’S POTENTIAL FUTURE:  So what happens to Harvey after Texas?  The tracks vary widely, but it sure likes Harvey will take some sort of northeast track toward Louisiana, spreading the extreme rainfall & flooding threat eastward.  From there the models differ, while some model tracks  point northward, others take Harvey in through Mississippi and then northeastward.  How strong will Harvey be across the northern Gulf states?  What will be the exact track and the exact time line?   Many questions remain. The intense side of the storm is the east side.  It possible we’ll see a dramatic increase in rain chances in the Tuesday/Wednesday/Thursday time frame, along with a Tornado threat.  Stay tuned over the next several days as the track or Harvey comes into better focus. 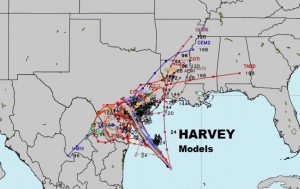 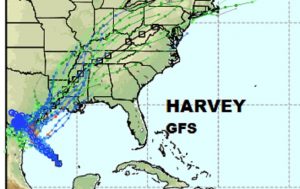 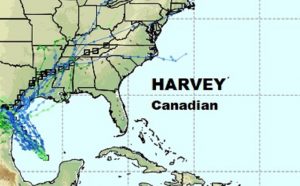 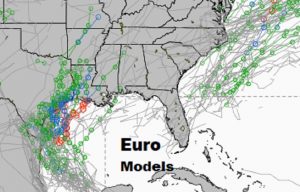 Join in the morning for your next video at 4:45AM for the very latest.  I’ll have an better idea of how Harvey’s track may evolve.