The news with Irma has turned grim across the northern Leeward Islands.  Two deaths have been reported, in St. Barts and St. Martin.  At 4PM CDT, Amazingly the storm is still listed as 185 mph winds with a central pressure of 914mbs.  Rarely do storms maintain that kind of intensity much longer than Irma has.  It’s likely some fluctuation in strength will occur.  Still, though, Irma is expected to remain a Cat 5 or 4 storm for the next few days.  Tropical storm force winds are spreading over Puerto Rico this evening.  A new Hurricane warning has been issued for the central Bahamas.  A hurricane watch has now been extended to the NW Bahamas and northern Cuba.  A hurricane watch will likely be required for parts of south Florida on Thursday. 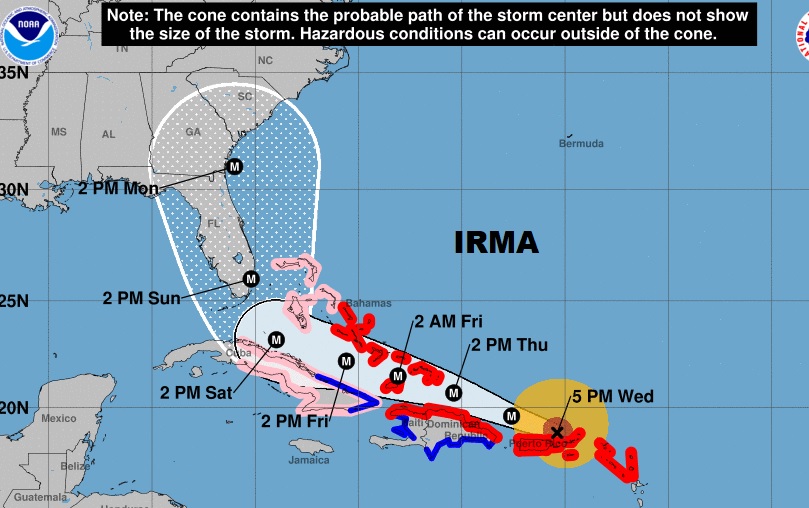 IRMA’S FUTURE:  The bad news is…that nice eastward shift in the models has ended.  The global models actually shifted a little westward, and is very close to the previous NHC official forecast.  So little or no change has been made to the cone.   Most global models have Irma hugging the SE Florida and central Florida coast Saturday night, through much of Sunday, as a major hurricane, perhaps category 4.  Then, edging slightly off the NE Florida coast before a second encounter with the Carolinas on Monday…maybe south Carolina, as a major Cat 3 or Cat 4 hurricane.  Obviously, this forecast will produce a potentially devastating blow along a major portion of the SE US coastline.  It’s important to note that, because of the enormous size of Irma, tropical storm force winds could begin as early as Friday. 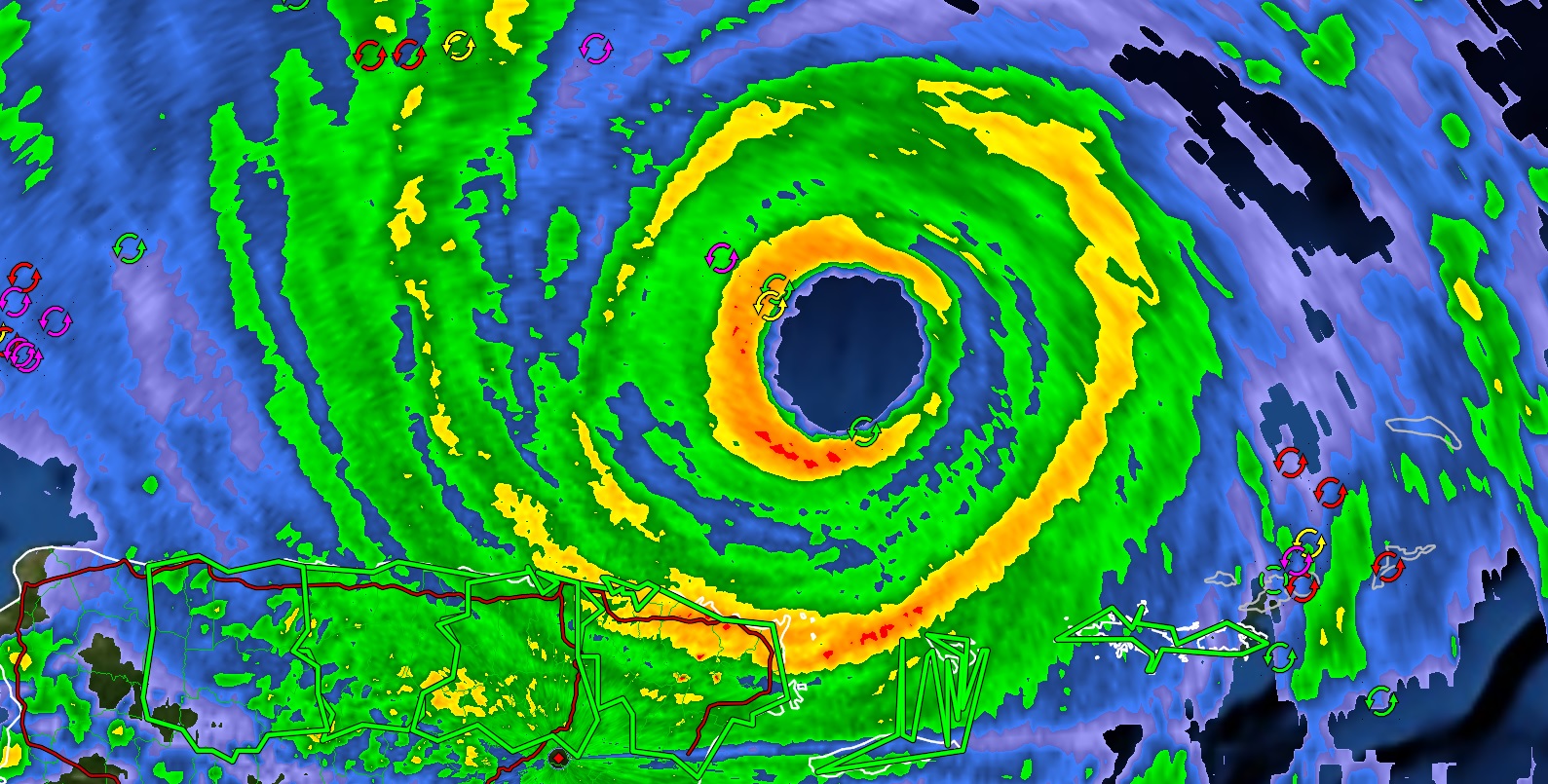 TWO OTHER HURRICANES:  As of 4PM, 2 other hurricanes were promoted.  Jose, in the tropical Atlantic behind Irma is intensifying rapidly.  It could become a major hurricane in the next 48-72 hours.  It currently is not threatening any land areas. 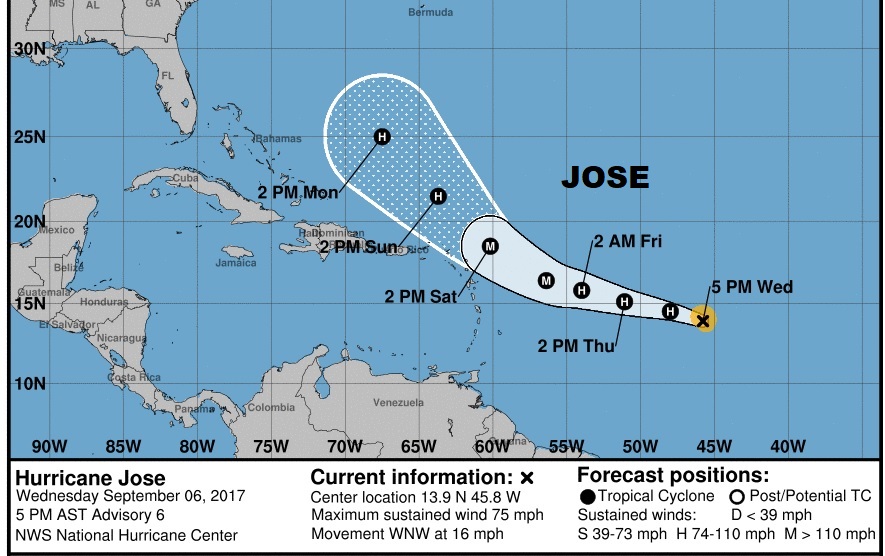 Katia has rapidly intensified and has become a hurricane in the SW Gulf of Mexico.  It should circle back and strike Mexico, where a hurricane Warning has been issued. 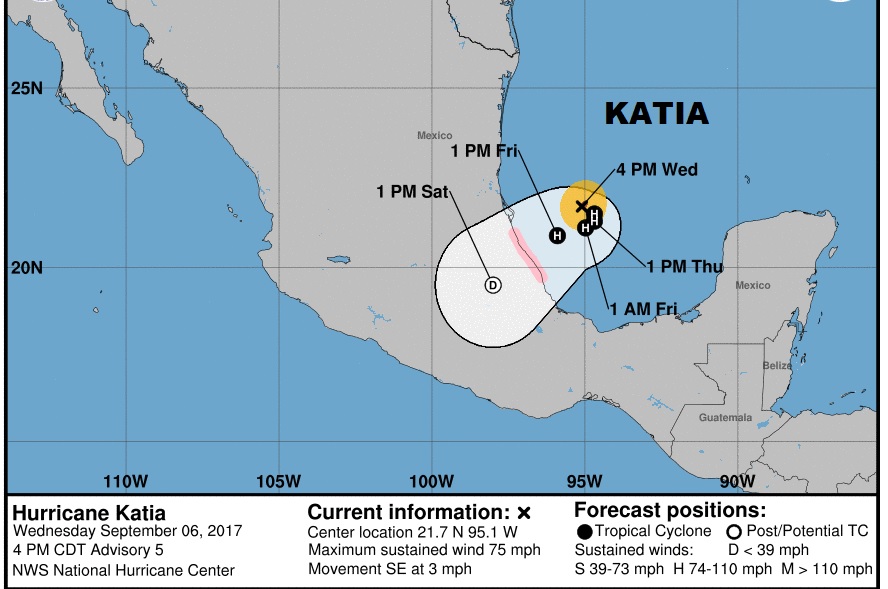 Could Irma’s track evolve back any father to the west?  Maybe toward the Gulf?   We’ll watch.  There will be another important video update first thing in the morning online by 4:45pm.  Follow me on Twitter;  Rich ThomasWX