HURRICANE IRMA MAJOR US THREAT:  The air over Alabama is beautiful this morning, and we could see a record low by Dawn.  BUT, our cooler air mass, may play a big role in Irma’s future path.  Will  with dip in the jetstream turn Irma out to sea in time?  The models say no. I’ll have the latest information on Irma’s severe expected impact here in the Southeast US and the timing.  Could it have fringe affects in Alabama?  I hope you have a couple of minutes to watch this morning’s important video.

This mornings nice air over us, could actually be a big player in the future steering of Irma.  Unfortunately, that big dip in the Jetstream moves  out too soon to steer Irma out to sea.  Instead, Irma makes the north turn too late and that takes it northward into Florida, perhaps hugging the east coast. 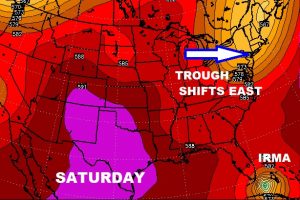 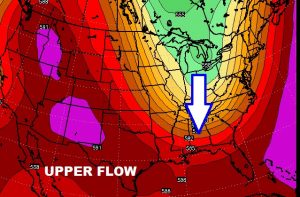 New forecast cone on Irma is ugly.  Still Cat 5 with 180 mph winds, NHC now has all of Florida and most of Georgia in the Cone and northward to the Carolinas.  It appears Florida will be dealing with a severe Hurricane at landfall over the weekend. 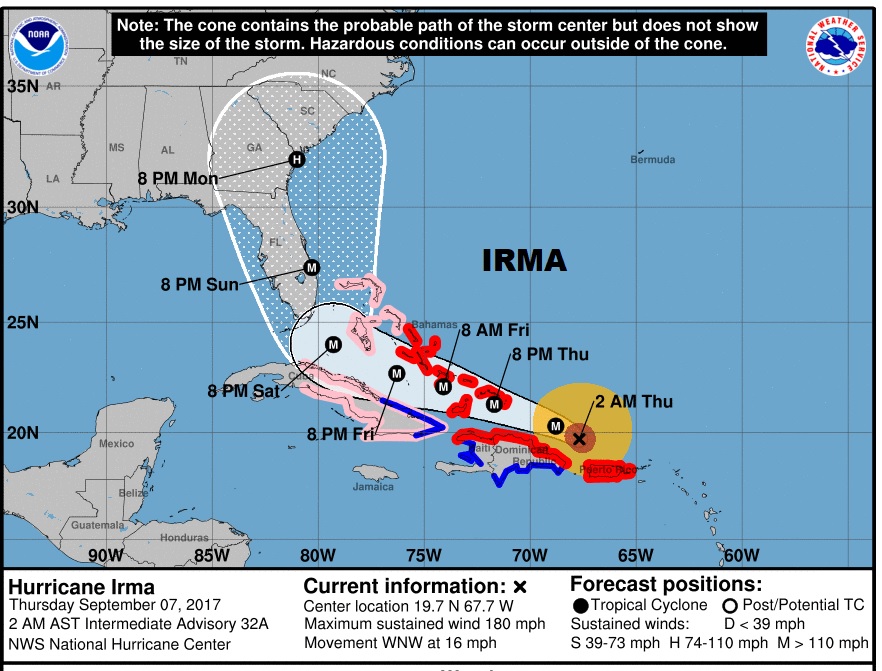 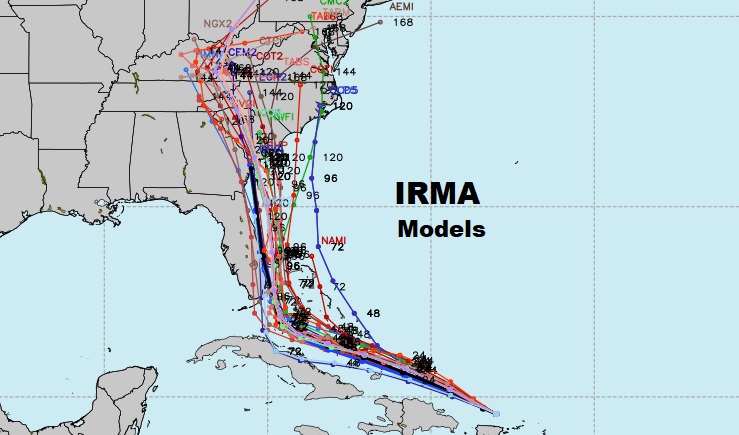 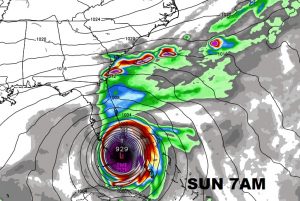 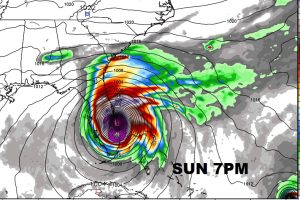 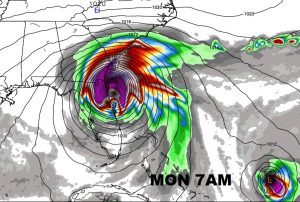 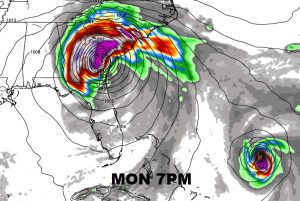 IRMA is not alone.  There are now three hurricanes being tracked in the tropics. 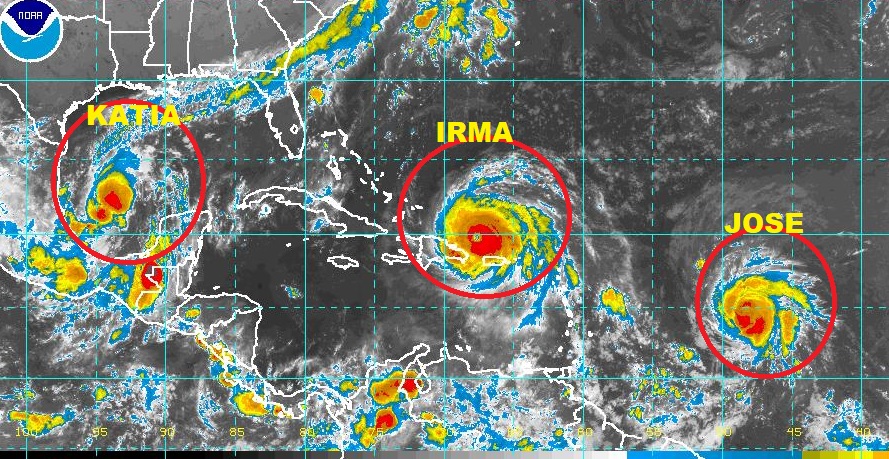 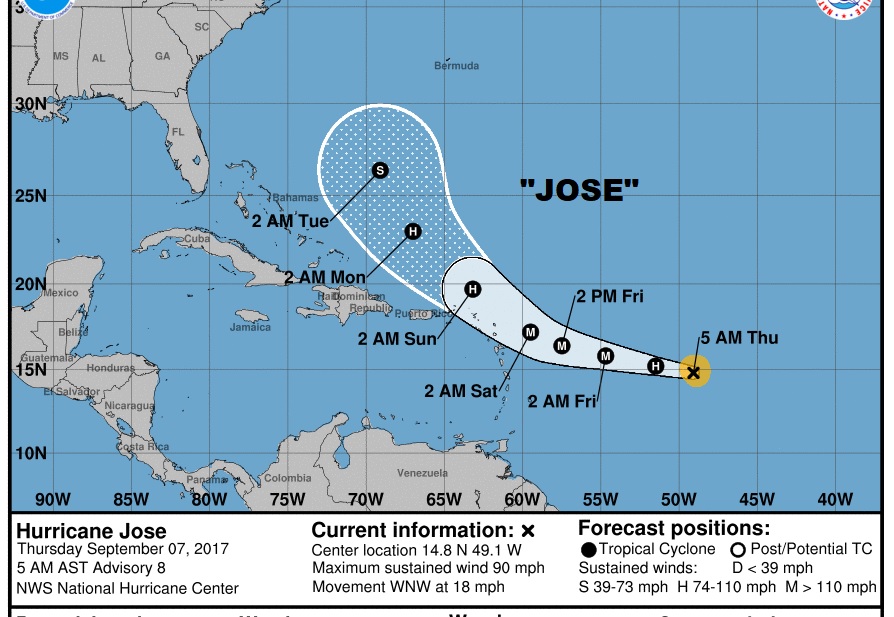 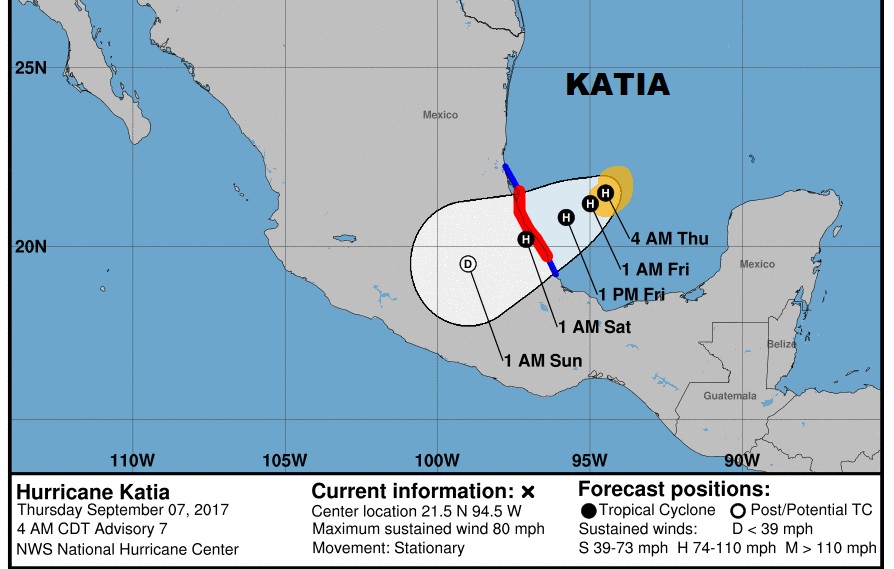 Nice weather for us will continue through the weekend.  Monday and Tuesday we could have fringe affects from Irma, depending on the track. 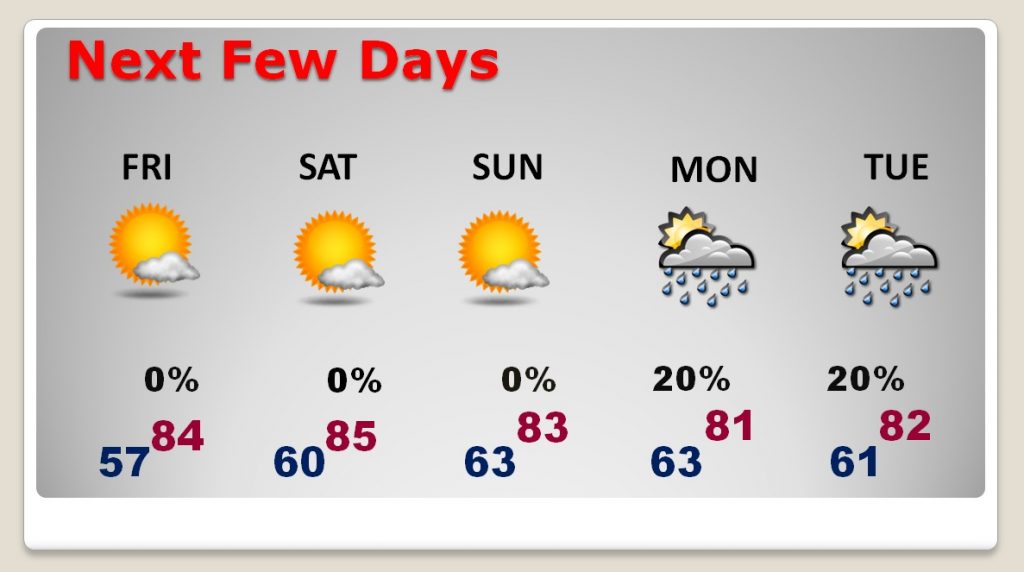