…A KEY MODEL takes a significant jog to the west…

Powerful, monster hurricane Irma continues churning westward in the Atlantic, terrorizing the Turks Caicos today and headed for the southeast Bahamas tomorrow, on it’s trek toward Florida and up the southeast us coastline by the weekend.  The potential for catastrophic effects in the Bahamas and Florida are very high.  A hurricane watch, and a storm surge watch  continues in effect for south Florida and the Keys.   The storm is so enormous in size, Tropical storm force winds could begin Friday night across south Florida.  Already more than 10 deaths and enormous devastation has occurred in Irma’s wake across the northern Leeward Islands.  The storm broke a record when the winds stayed at 185 mph for 35 hours straight.  That’s not only an Atlantic basin record, but an all-time world record. 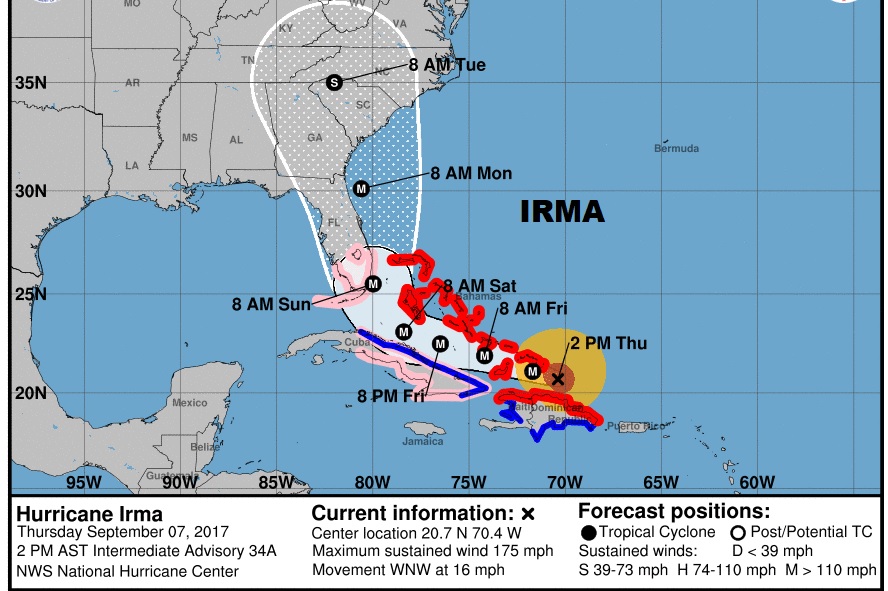 NEW MODEL TREND WESTWARD:  One of the global models, the highly respected Euro model (ECMWF) raised some eye brows this afternoon with a westward jog in track.  This is ONE model and ONE model run.  We will watch to see if this trend continues in through the 00Z model runs this evening.  For now, we will let that lie.  If it it’s correct, it would certainly have an effect on Alabama.  here’s the Euro ensemble members.  Interesting trend, to say the least. 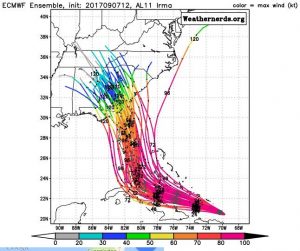 TWO MORE HURRICANES:  Mind boggling to report this: the island of Barbuda that suffered “almost total annihilation” from Irma is under a hurricane warning again from Jose.  Jose is a hurricane gaining strength rapidly, and has now become a Major Hurricane,  behind Irma in the tropical Atlantic, with winds of 120 mph. 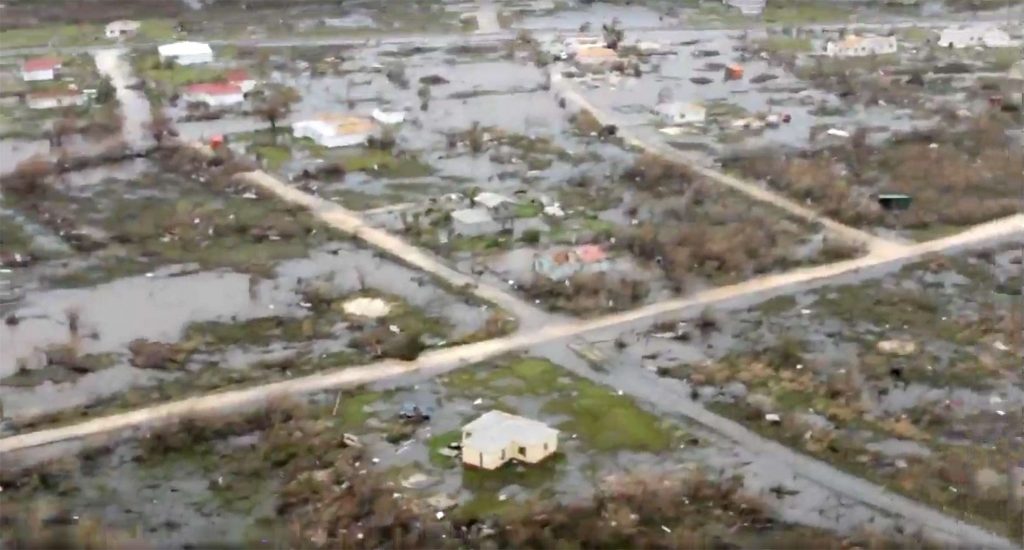 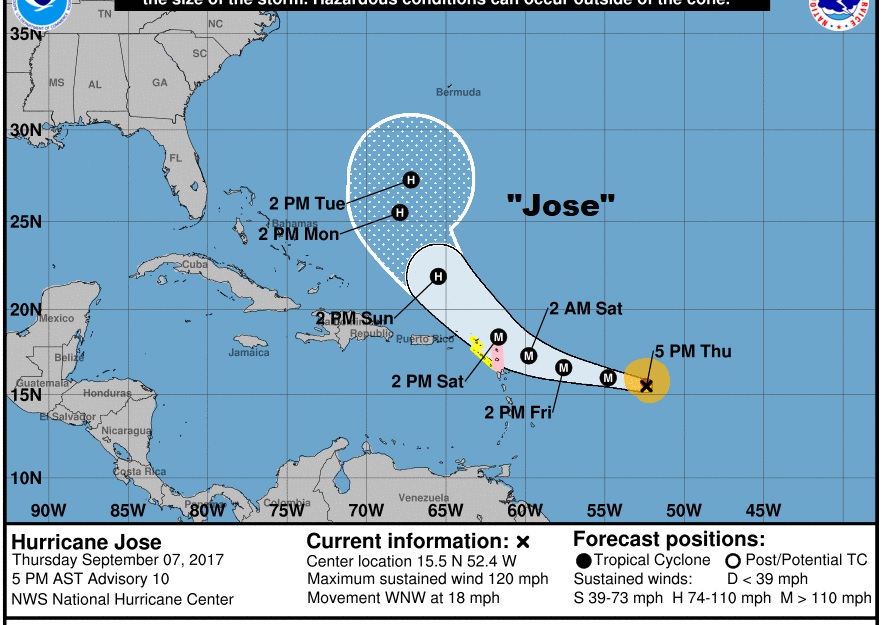 Katia is yet another hurricane in the SW Gulf of Mexico, heading away from the US toward Mexico where a Hurricane Warning is in effect.  It is excepted to make landfall in a rather rural area.  It has winds of 80 mph and is nearly stationary. 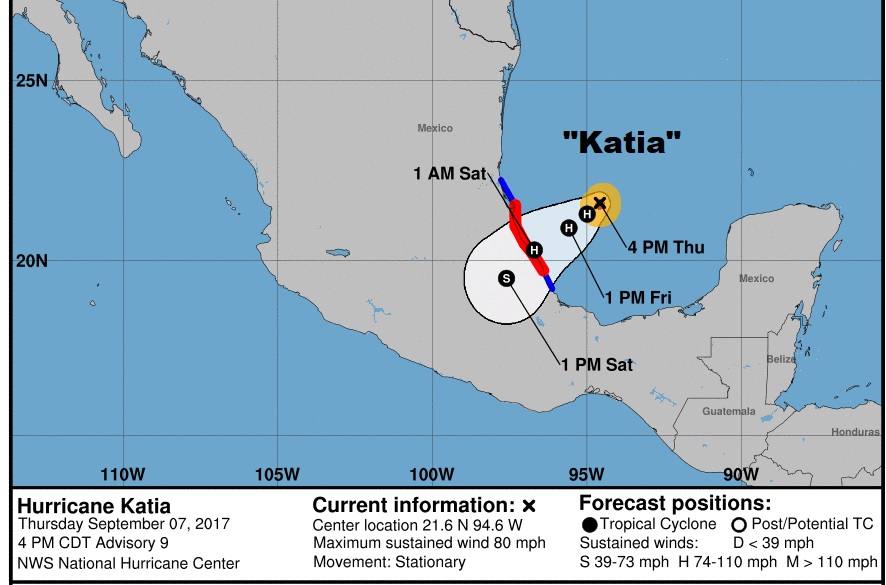 We will continue to track Irma (and her siblings) very carefully.  We will see if this ugly model trend continues. There will be another complete video update at 4:45AM. By then we will have a new Euro model.  Have a good evening.