Monster, dangerous hurricane Irma has regained some strength this afternoon, as it tears through the Turks and Caicos and into the SE Bahamas.   Winds at now at 155mph, moving west at 14, with a pressure of 925mbs.   The most shocking part of the new update is that NHC takes Irma into south Florida as a Cat 5 hurricame.  Potentially catastrophic effects. 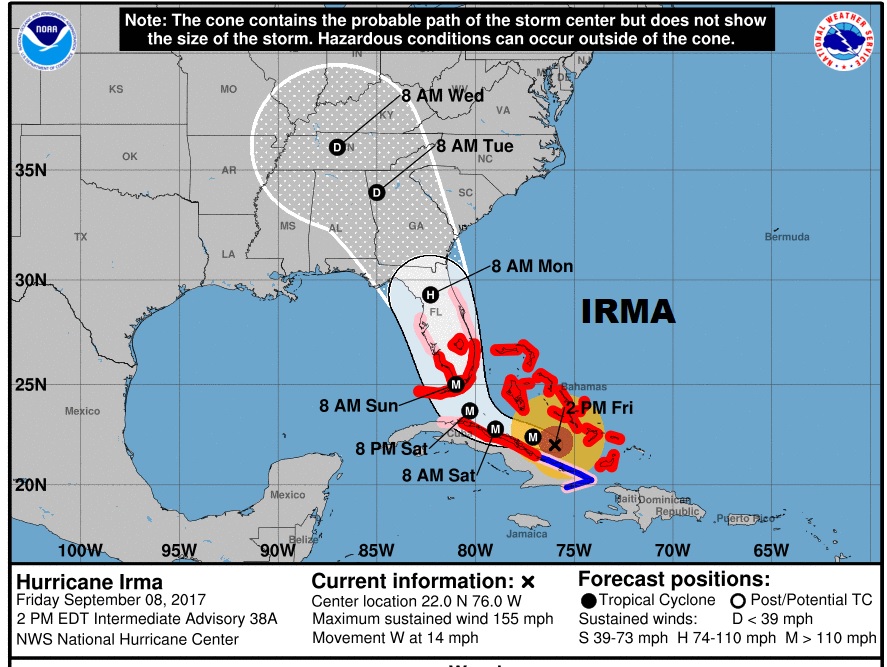 EUROPEAN MODEL RUN:  The highly respected Euro model continues its slightly westward jog, through the SW coast of Florida, then up the spine of the state and curving into Georgia on Monday, into west central Georgia, perhaps still as a Tropical Storm or Depression late Monday night, then into the Tennessee valley on Tuesday morning.  A few snapshots from the Euro. 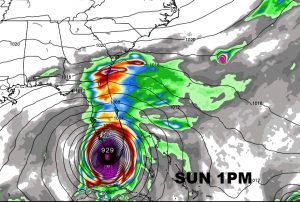 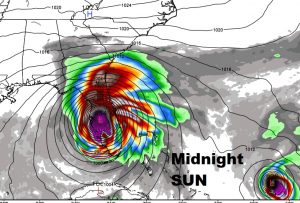 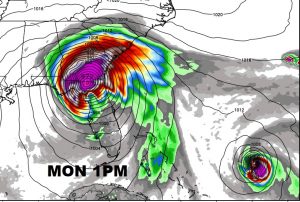 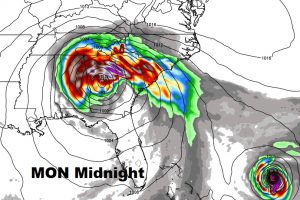 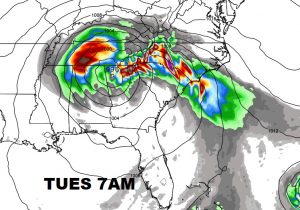 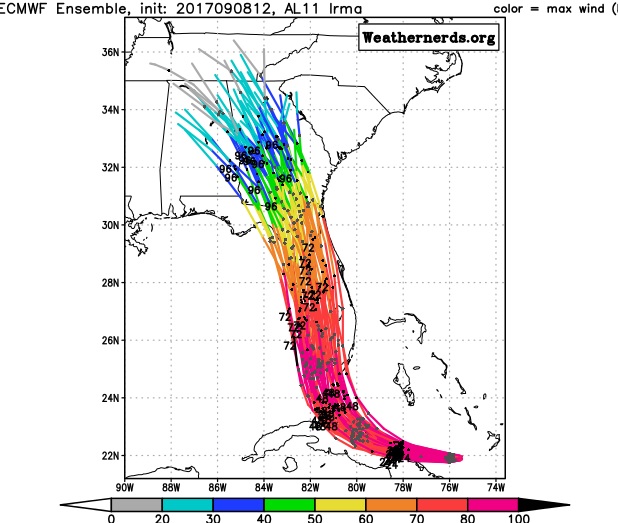 ALABAMA EFFECTS?:   Too early to be specific, but on this track and intensity, Alabama will be on the weaker, left side of the storm…tropical rain squalls are certainly possible across eastern Alabama Monday afternoon, Monday night into Tuesday and tropical storm wind gusts are not out of the question.  This forecast will be clearer and refined as we get closer.  Rainfall 1 to 3″ possible in east Alabama.

NWS:  Due to the large size of Irma, a
swath of rain and gusty winds of 20-30 mph with gusts up to 35 mph
appear possible mainly east of Interstate 65 Monday afternoon
into Monday night. Showers may continue into Tuesday especially
across our northern half as rain wraps around the southern side of
the low pressure center. Rain chances should decrease through the
rest of the week as Irma moves to the northeast and dissipates. 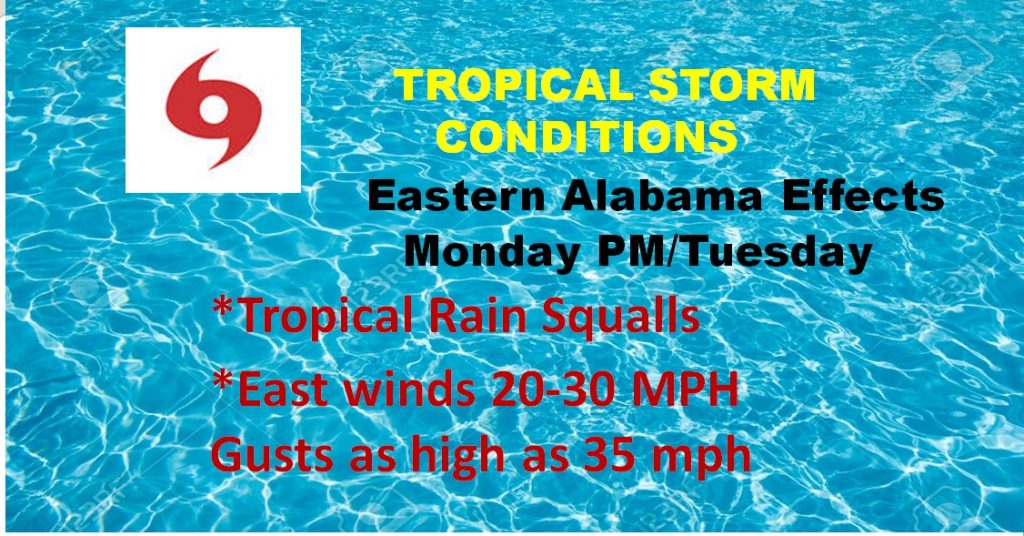 Now, why has a grocer store chain announced all of their Alabama stores will close by 5PM Sunday?  You got me.  Crazy.  Over reaction. 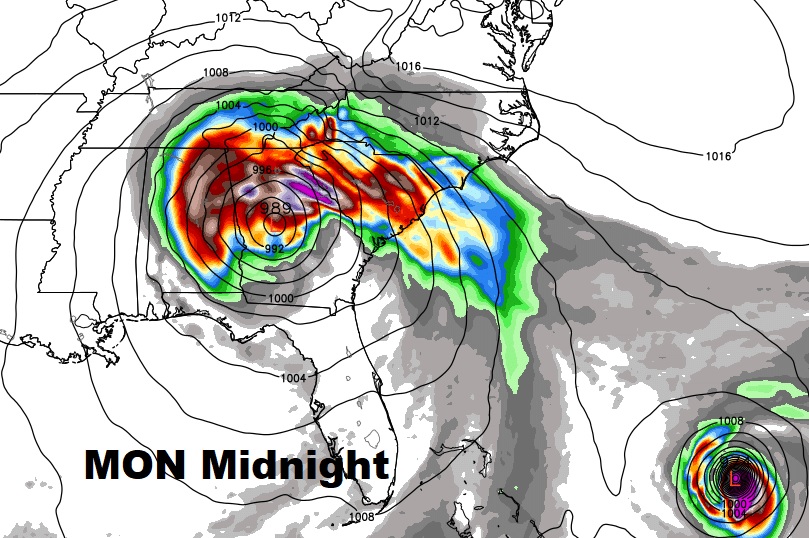 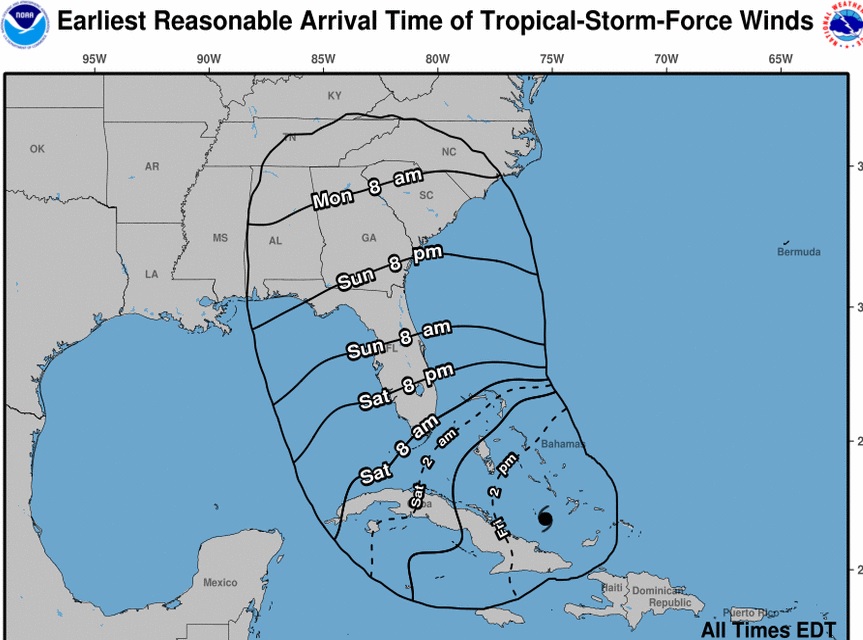 TRIO OF HURRICANES:  Earlier today, when the winds reached 150mph in Dangerous Jose, category 4, it is the first time we have ever had two 150mph Atlantic hurricanes at the same time.   Jose, unfortunately is threatening some of the northern Leeward Islands which Irma destroyed the other day.  Hopefully, Jose will curve into Atlantic, but Jose’s future is a little unknown. 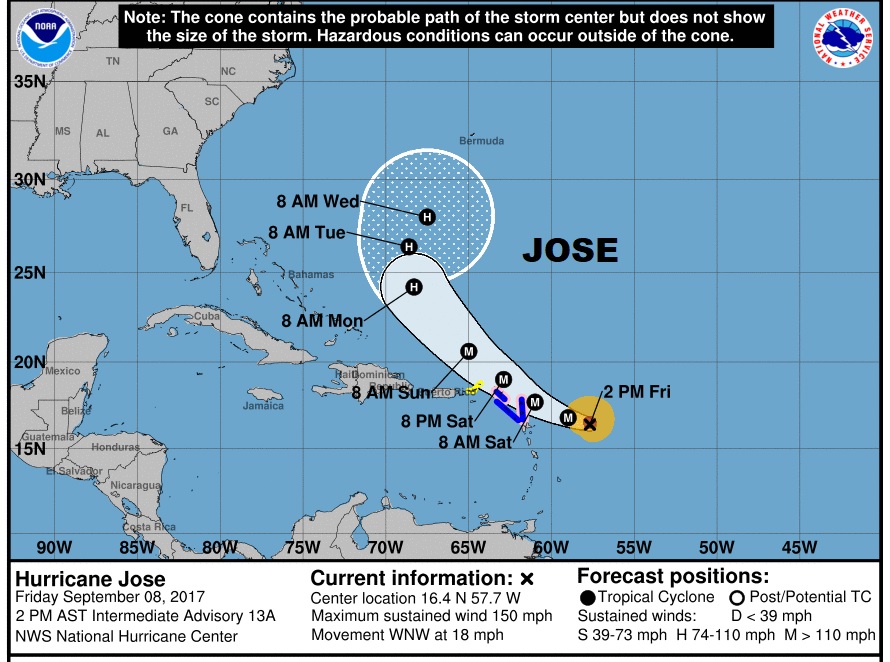 Katia is the other hurricane in the SW Gulf which will make landfall in Mexico.  Winds 105moh, moving WSW at 7.

I’ll have another extensive blog update first thing in the morning which will appear on your App, online, on Facebook and on Twitter.  Stay in touch with the latest.  Have a good night.