There is MUCH uncertainty on the future of track, and intensity of what will become “Nate”. (Still T.D.16).  However Alabama in right in the center of the NHC cone. We could be impacted by a hurricane by Sunday morning.  The spaghetti models are bunched right over us, but are spread out from Louisiana to Florida.  On this video, I will sort out what we know and what we don’t know.   Hope you have a couple of minutes to watch this very important video update.

T.D. 16 is almost a tropical storm but not quite.  Winds 35 mph, moving NW at 7.  Expected to become a hurricane over the Gulf next 72 hours, and make landfall along the central Gulf coast Sunday morning.  As you can see, Alabama is in the center of the cone. 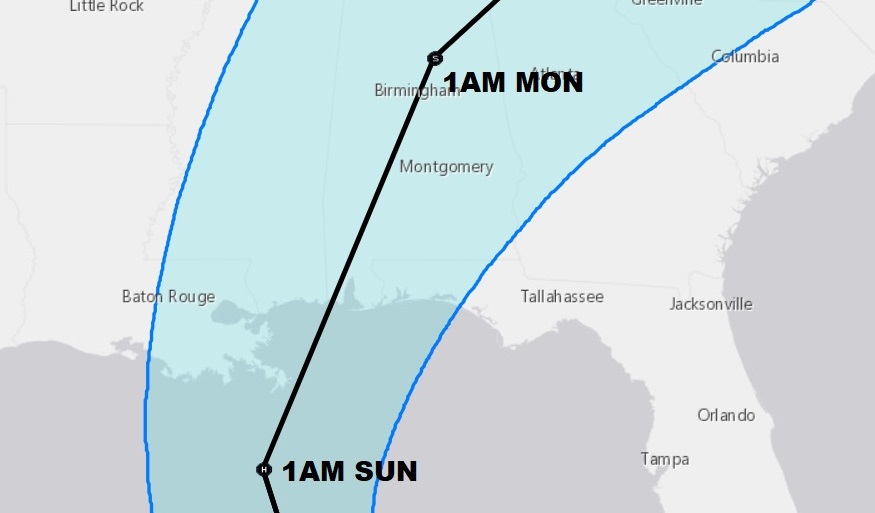 The spaghetti models are spread out from Louisiana to Florida.  Too many models, however, point to the central Gulf coast. 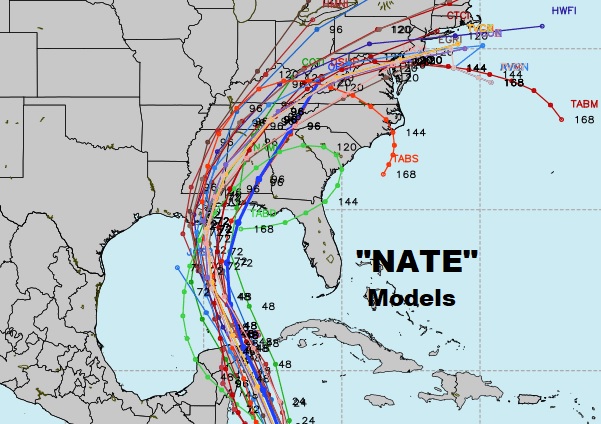 Global models disagree, on the track, strength and timing of  the tropical system. 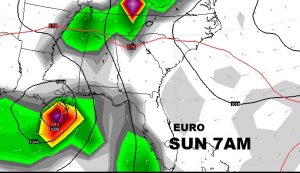 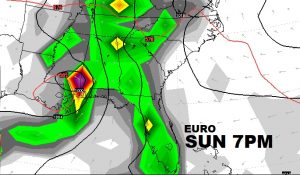 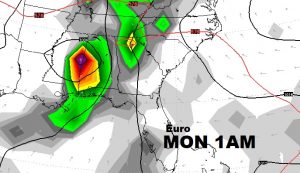 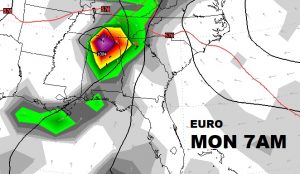 One more?  OK.  Here’s the US GFS.  It is weaker with the system and farther west. 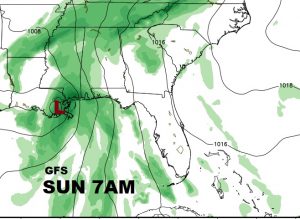 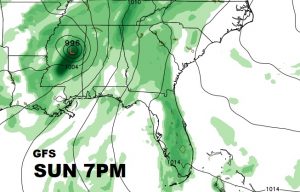 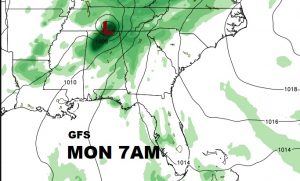 Potential Rainfall?   Gosh…that depends on the model you look at and the exact track.  Here’s a sample of rainfall potential from the GFS: 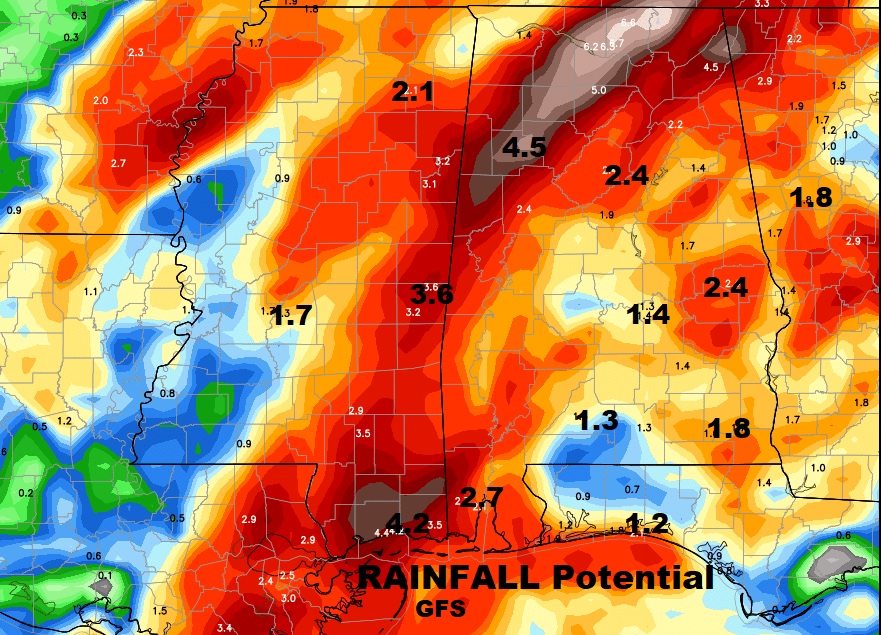 Here’s a snapshot of the the next few days.  TODAY will be mostly sunny with a high of about 88…low tonight 64.   After today… 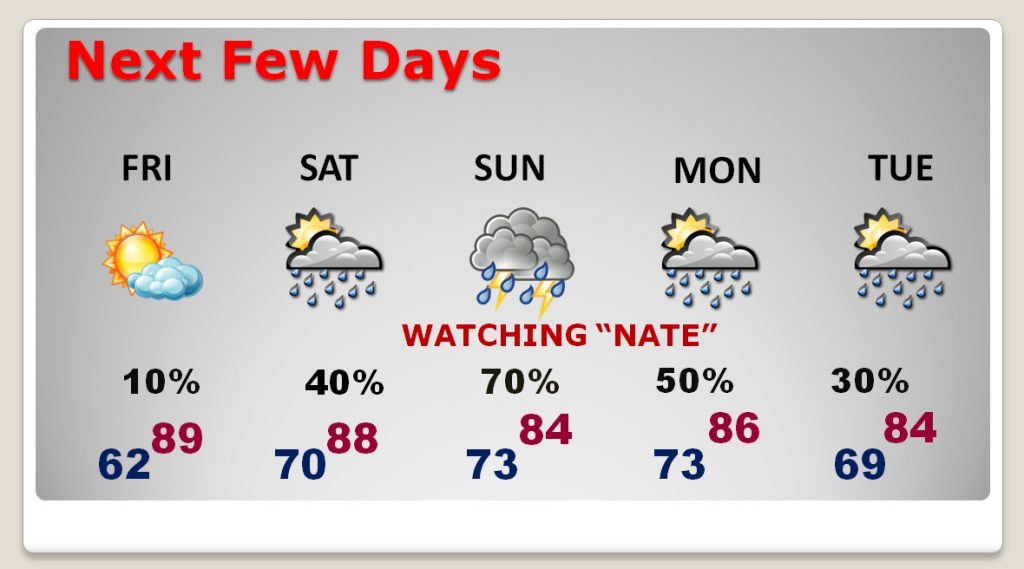 Cold front sweeps through the state Tuesday.  That leads to nicer air by time time we get to Mid week next week. 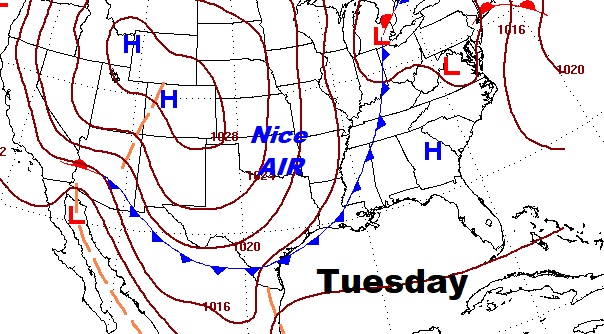 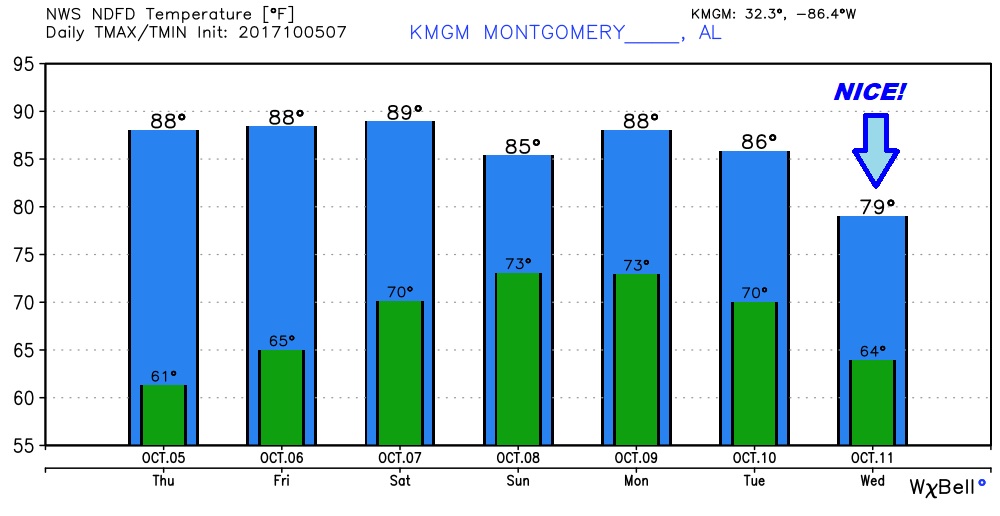 There will be additional posts later today as we continue to sort out the mystery of this tropical system’s future track and intensity.  A NOAA high altitude aircraft will be sampling the environment around the storm later today.  That will be ingested into the models, and hopefully that will add to “better & smarter” model solutions.  Stay tuned.