Significant changes on the 10AM NHC advisory, has prompted this quick blog update.  The NHC official cone and track has shifted eastward.  The center of the cone now runs from the Alabama coast to Montgomery, and northeastward.  The timetable has “speeded up” a bit.  Forecast continues to indicate a Cat 1 hurricane at landfall Saturday night near the SE Louisiana coast, then northward into coastal Alabama Sunday morning around dawn, then northeast to central Alabama Sunday afternoon. 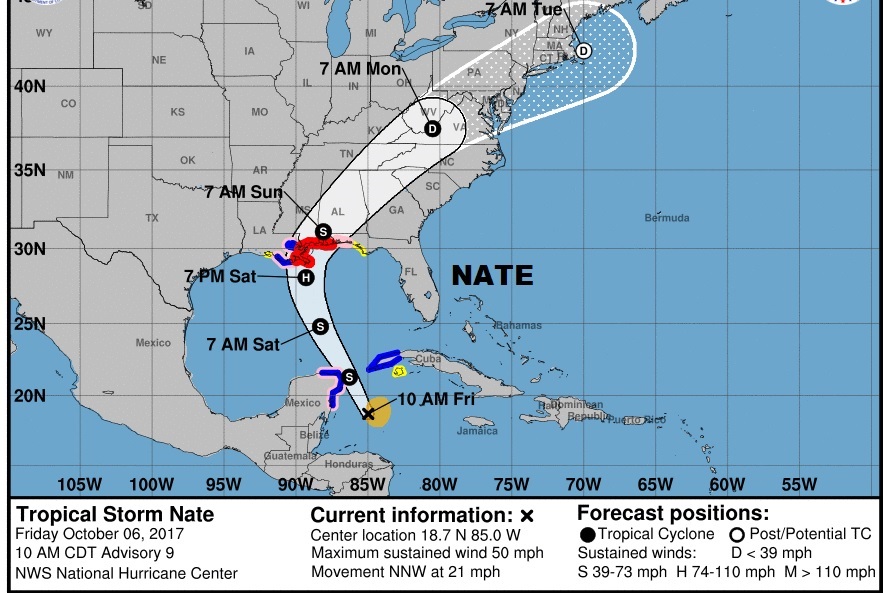 Here’s a close-up of the cone which has shifted to the right on this advisory. 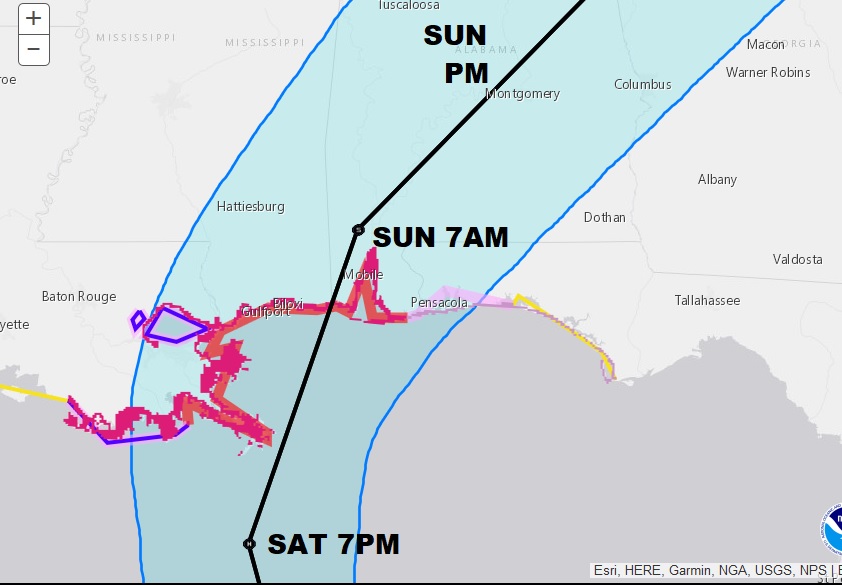 Here’s an update on watches & warnings.  A Hurricane warning is in effect from the AL/FL  line westward, including the New Orleans Metro area to Grand Isle, LA. A hurricane Watch extends from the AL/FL border eastward to near Destin and a Tropical Storm Watch east to Indian Pass, FL., including Panama City. 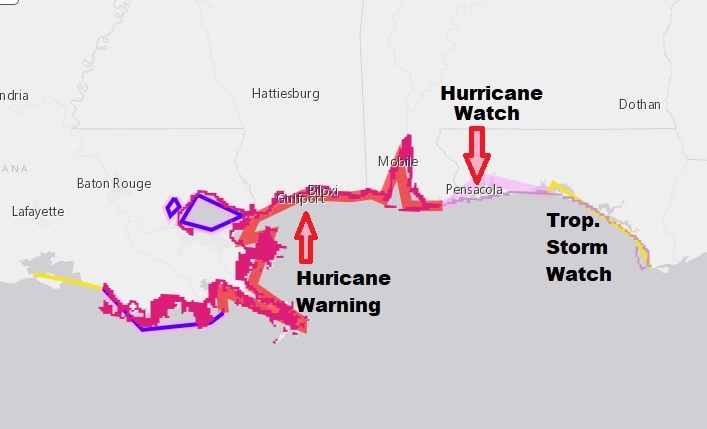 There will be another blog update this afternoon by about 4:30 when the NEW NHC advisory arrives.