Hurricane & Tropical Storm Watches along northern Gulf coast.  The models are now in agreement.  Nate will strengthen over the Gulf and head toward the central Gulf coast this weekend, most likely as at least a Category 1 hurricane.  On this important update, I’ll bring you up to date on the timeline, track, and the expected impact & threats for us through the weekend.   Here’s everything you need to know about Nate on your special Friday morning video briefing.

The New cone from NHC:   Nate is back over water now off the Honduras coast, headed for the Yucatan then the Gulf.  It should be at least a Cat. 1 hurricane when it makes landfall along the northern Gulf Coast late Saturday night, then curve into Alabama as a tropical storm Sunday afternoon.  The track cuts right across central Alabama. 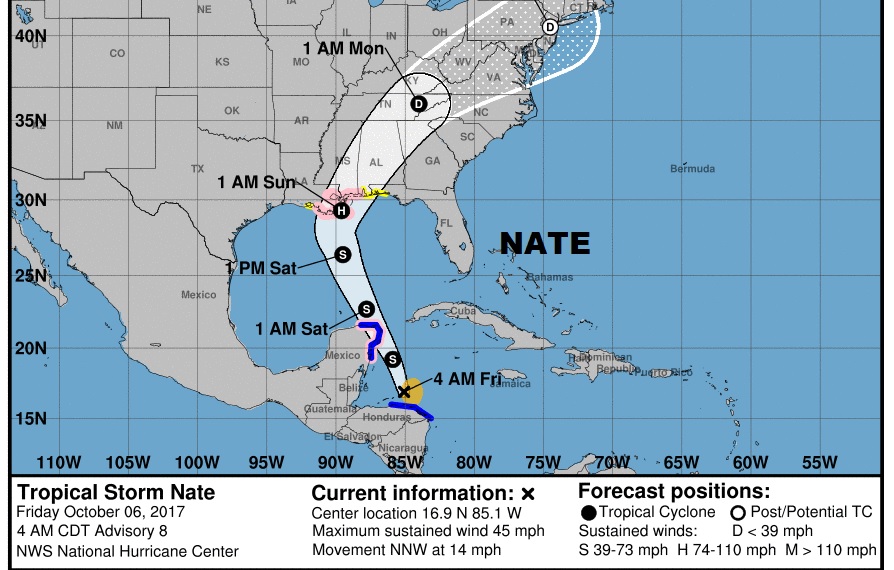 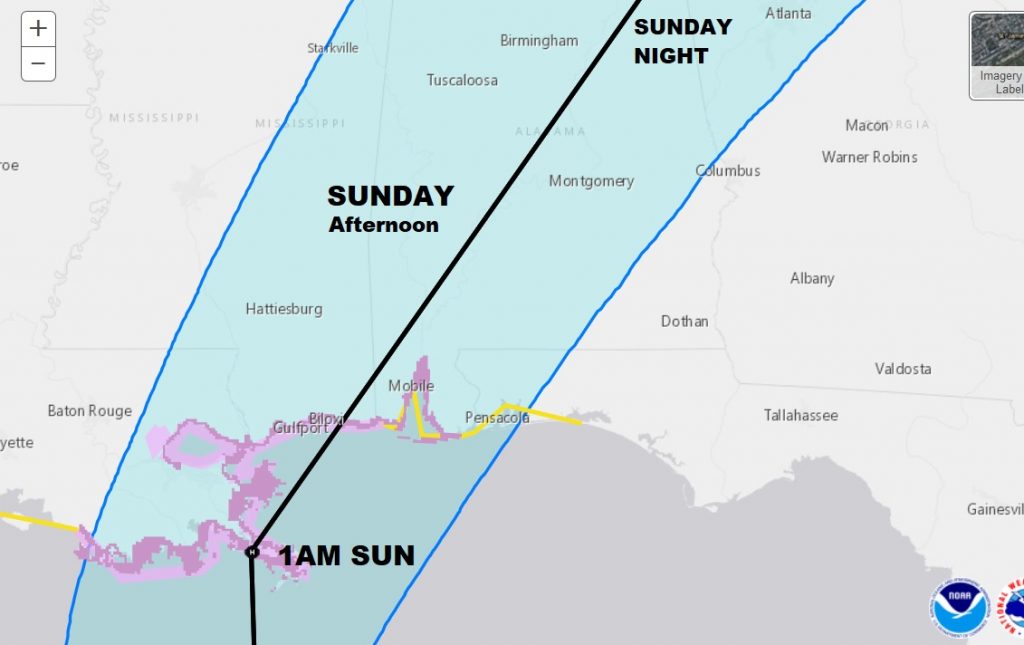 Tropical Storm Watch for the Alabama coast and east to about Destin.  Hurricane Watch begins at the AL?MS line and west through New Orleans and west to Morgan City LA. 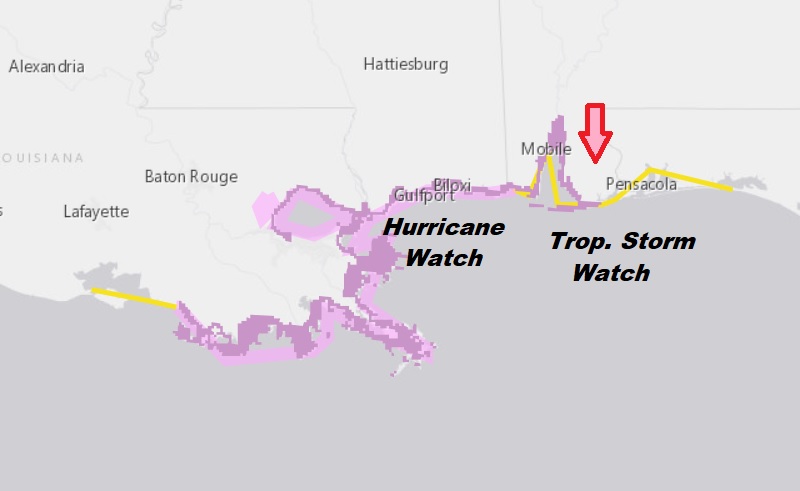 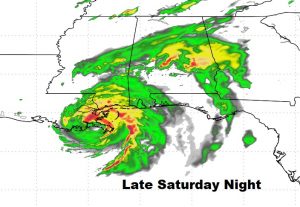 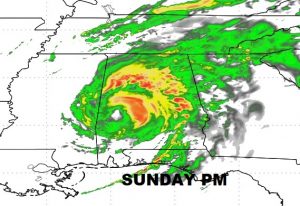 Storm Prediction Center says there could be spin up tornadoes in south & central Alabama Sunday.  That is a routine threat on the east side of any land-falling tropical system. 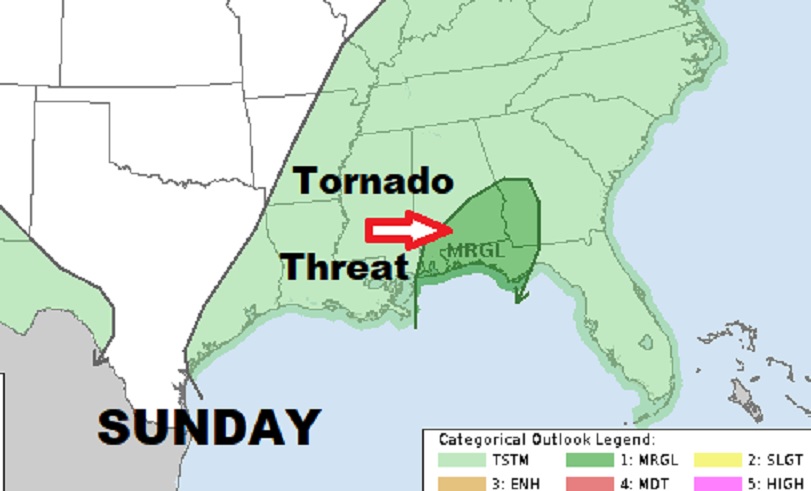 Expected threats we can expect here in central & south Alabama 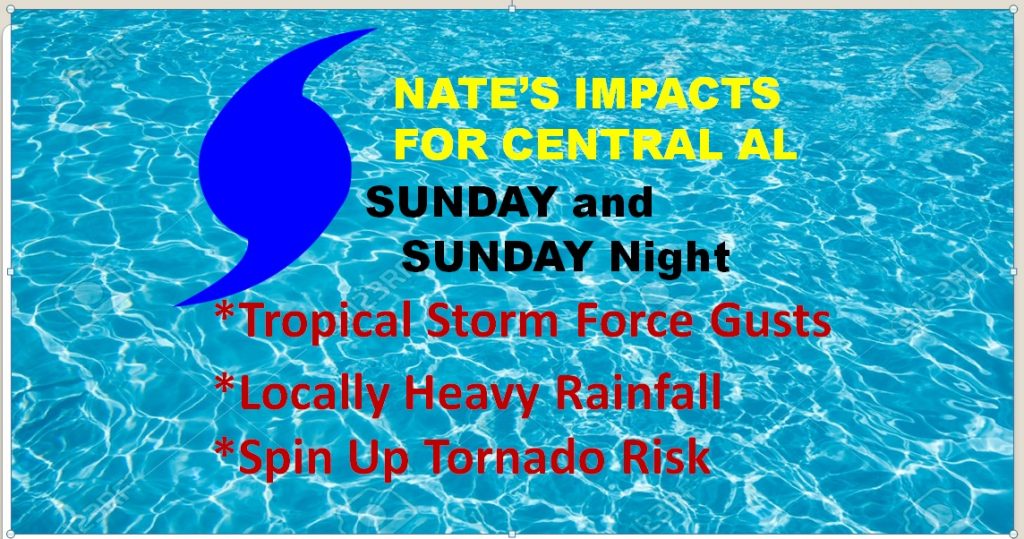 Expected rainfall snapshot.  Extremely heavy rain in the western counties, but not as heavy east and southeast.  I think many of us could expect up to 2-4″. 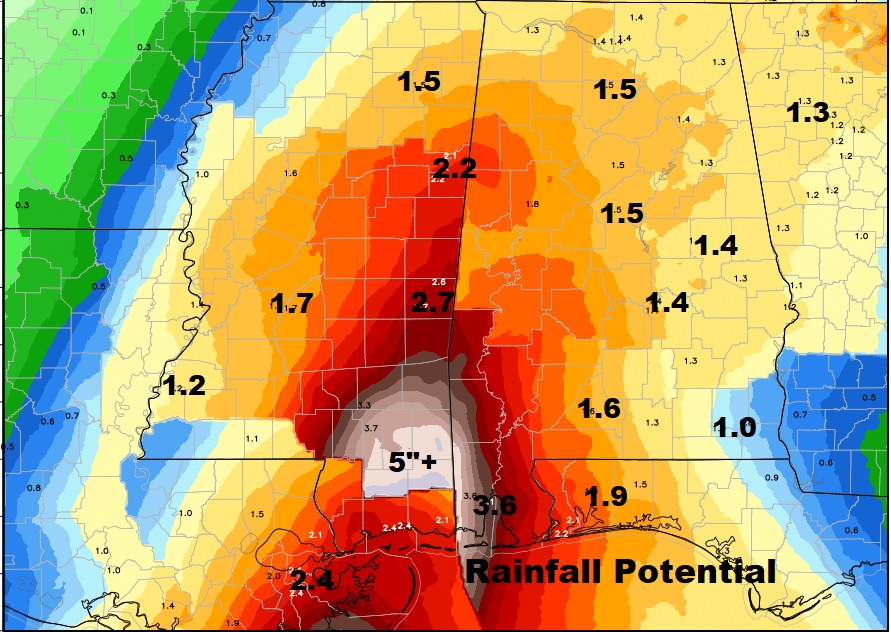 After Nate comes some relief as a cold front moves through by late week. 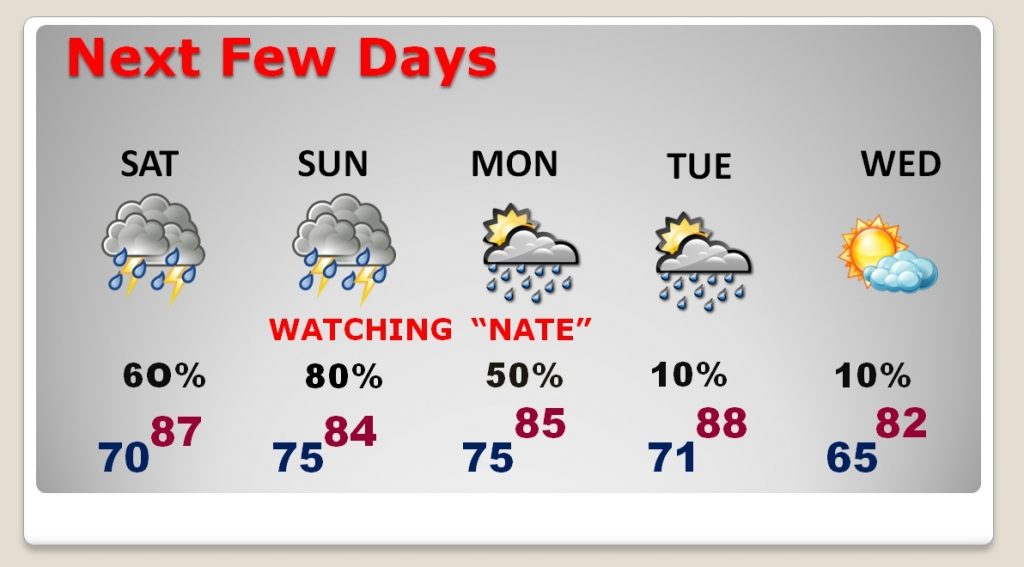 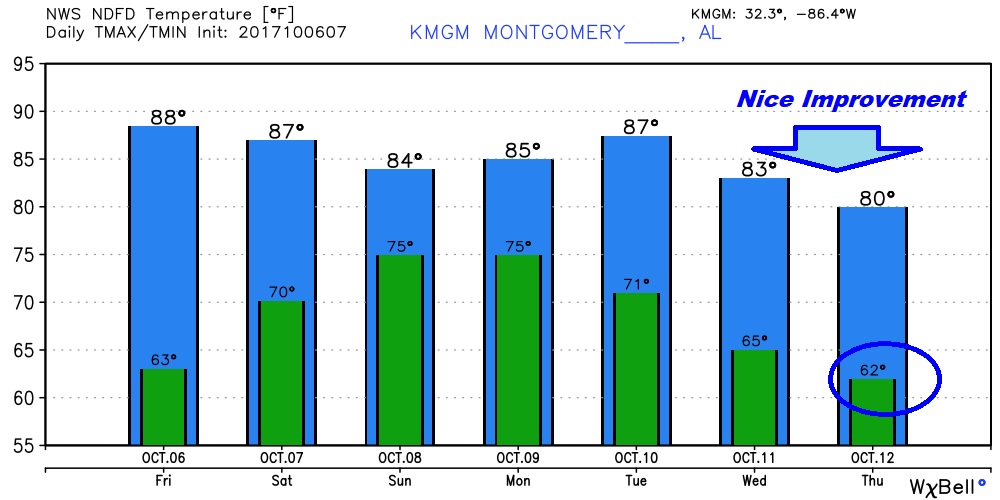