Widespread showers continue this morning. The cold front has already reached southeast Alabama.  But, showers even linger behind the front.  The rain threat will continue till after lunch time.   The rain will exit by about mid-day, followed by sharply cooler air. The next 2-3 days will be chilly.  In fact, looks like much of the area will see patchy frost by first thing Monday morning.  Today is one of those unusual days when the highest temperature will be around dawn.  Look for steady or falling temperatures today.    We’ll be in the 50’s this afternoon, falling to the 40’s by this evening. 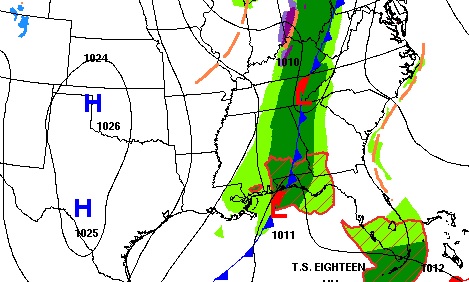 WET SATURDAY:  Widespread showers and not much thunder will continue through the morning hours and at least into early after afternoon in some spots before the showers exit eastward into Georgia.  Have your umbrellas handy.  Future radar will give you a good idea of the eastward progress of the rain area today. 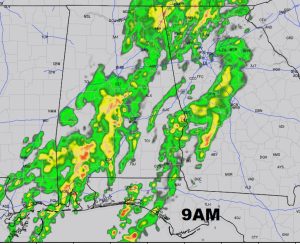 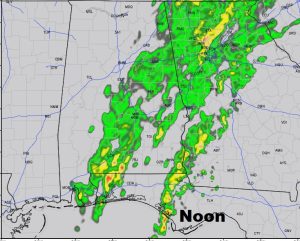 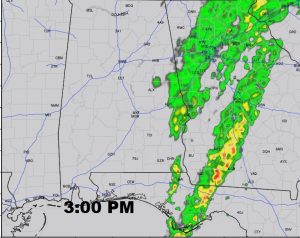 NEXT FEW DAYS:  We will be in the 30’s by dawn Sunday with highs only in the 50’s.  It will be breezy, too, which will make it seem colder.  Monday morning will be the coldest morning with mid 30’s.  Look for a big recovery as we get back into the 70’s by Halloween and even warmer on Wednesday and Thursday.  Small chance of a shower or two by about Thursday as a weak front swings through the area. 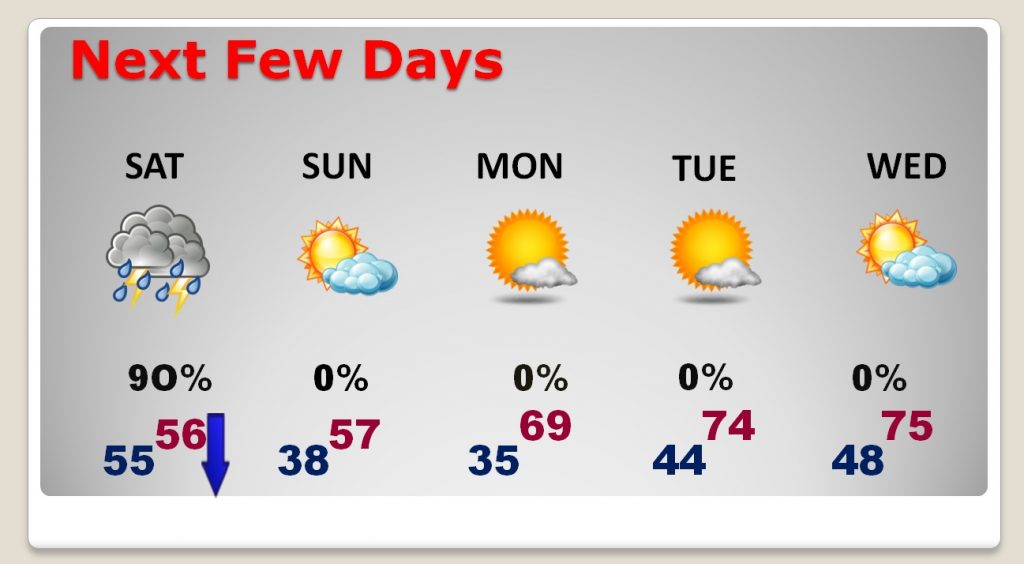 PATCHY FROST MONDAY:  Monday will be the coldest morning of the season so far.  Middle 30’s are expected deep into south Alabama.  Patchy frost is a good bet.  We will recover into the upper 60’s by Monday afternoon. 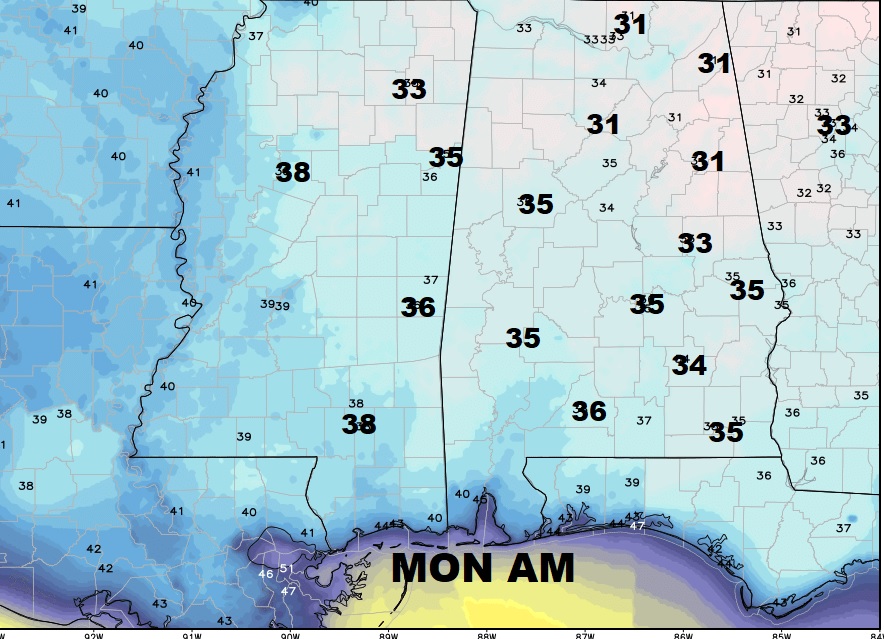 If you are headed to the fair today, a jacket or sweatshirt will feel great.  I’ll see you out there.  I’ll be there with Greg and others in the Bluewater booth this afternoon.  Have a nice weekend.  I think I’m going to burn some wood in the fireplace tonight. 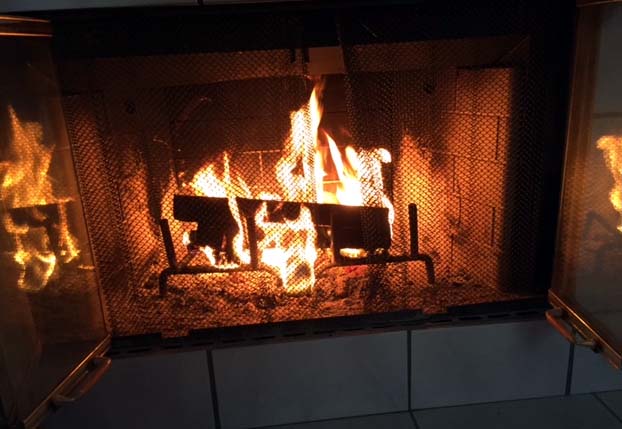