Big weather changes are on the way.  But, if you have outdoor plans during the day Saturday, the weather should not be a problem, at all.  It will be a partly sunny warm November day with a high in the middle 70’s.  A strong cold front enter NW Alabama late this afternoon and makes it all the way down to Troy by Midnight.  The best chance of showers and thunderstorms will be along the front, as it moves through this evening and tonight.  It will be sharply cooler behind the front Sunday, and many areas could see a freeze on Monday morning.

TIMING THE RAIN:  A few Future Radar snapshots from the hi-res NAM model will give you a pretty good sense on the movement of the front and the timing of the rain reaching your area this evening.  The front will be close to Clanton by about 8PM, then southward to about Dadeville – Montgomery – Greenville at 10PM, and southward to Troy by Midnight, and far SE Alabama by the wee hours tonight. 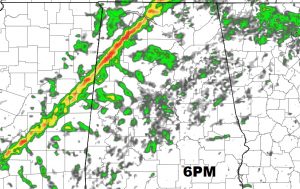 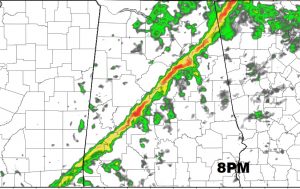 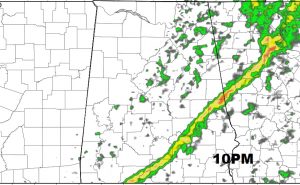 BIG CHILL BEHIND THE FRONT:  The coldest morning will be Monday morning when several locations could easily be at or close to the freeze mark.  I think we will see a Freeze Watch or a Freeze Warning as we get closer to Monday morning. 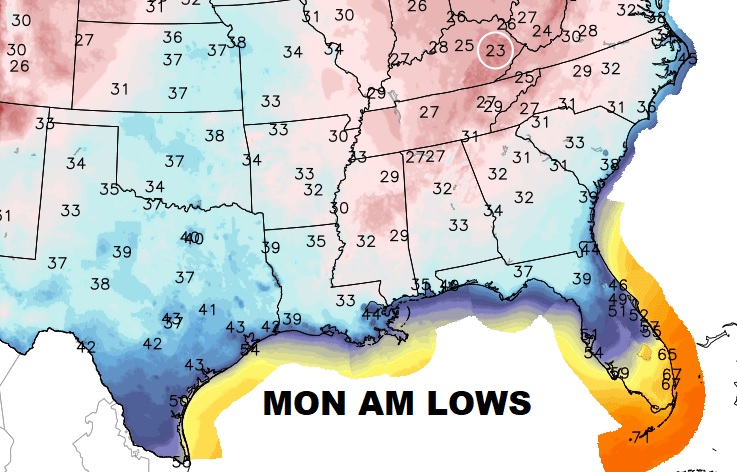 NEXT FEW DAYS:  After the weekend, daytime highs will start to moderate.  The Thanksgiving week mid and late week forecast is complicated, as low pressure tracks along the northern Gulf coast.  That low could tease the area with a few showers Wednesday and Thursday. 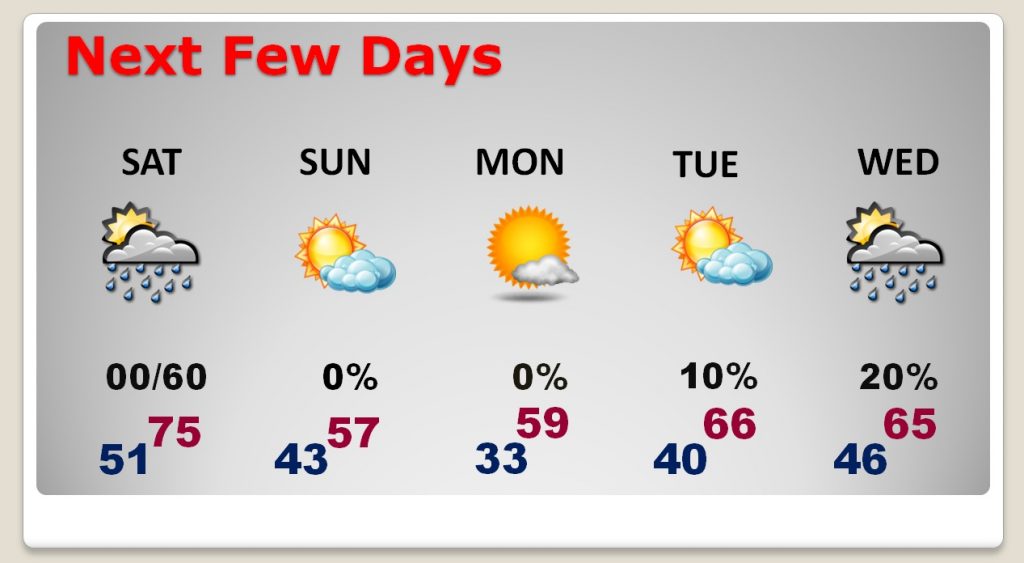 THANKSGIVING:  Right now, I have a cool Thanksgiving Day holiday forecast with a morning low in the lower 40.s and a cool afternoon high near 60.  I’ll mention a very small chance of showers, mostly south and east of the I-85 corridor. 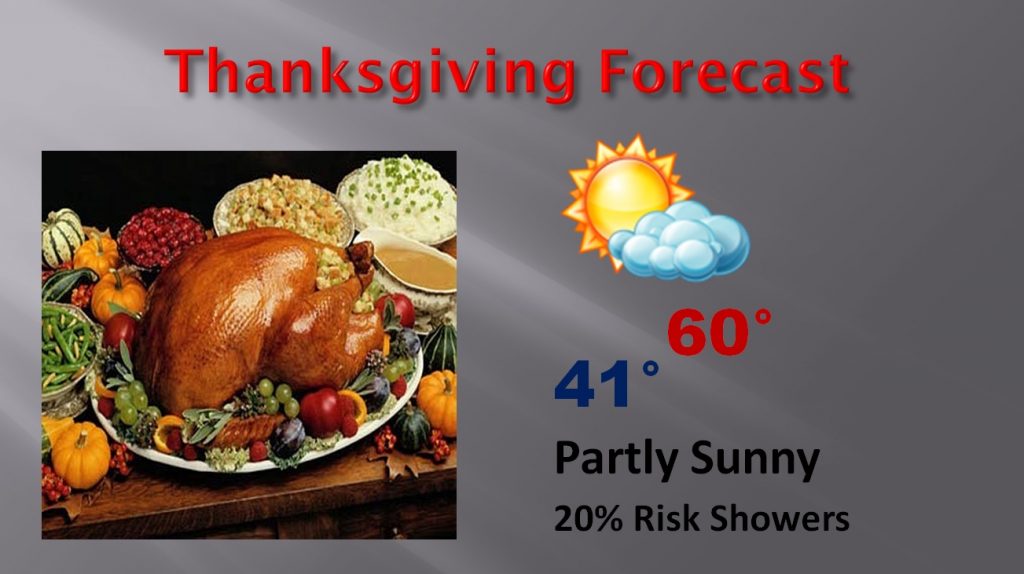 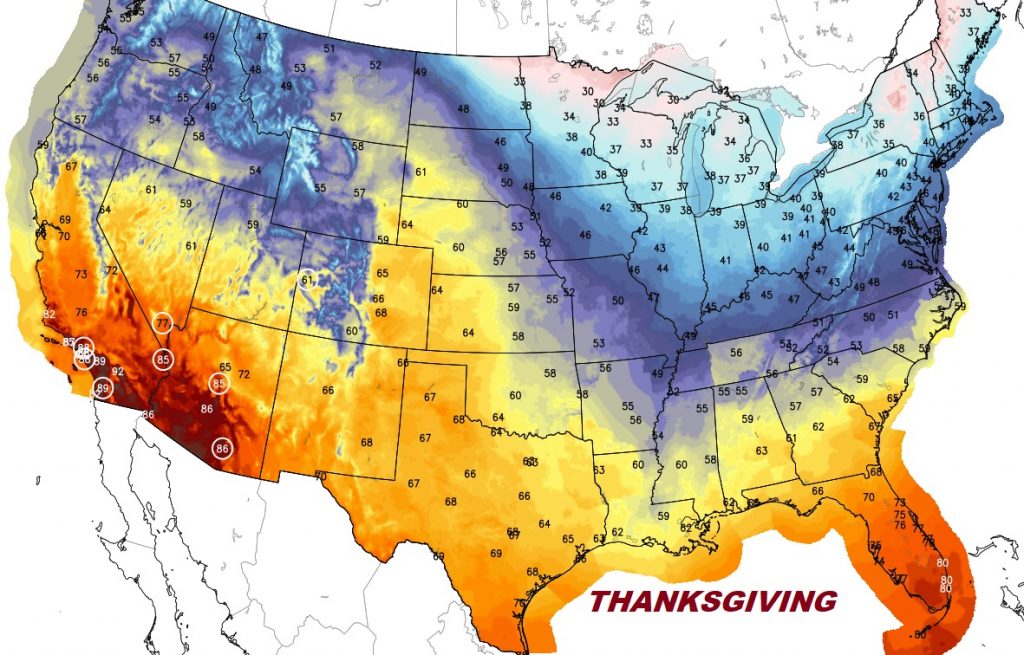 Have a nice weekend