The Cold Front has now exited the state.  Much cooler is sweeping in, on brisk northwest winds.  Highs today will not make it out of the 50’s.  And, we are headed for a widespread freeze tonight across much of the area, except for perhaps the Wiregrass counties.  Be sure to protect your tender vegetation.  After the chilly start Monday, we’ll see a decent recovery in the afternoon.  The Thanksgiving Week forecast looks pretty nice.  A disturbance in the Gulf later in the week should stay south of us, and I expect a dry forecast at least through Iron Bowl Saturday, with comfortably cool days and chilly nights.  Details below.

FREEZE WARNING TONIGHT:  A Freeze Warning covers most of the state, even into south Alabama, except for the extreme southern strip of counties.  The average date of the first freeze is November 18, so we’re pretty much right on time.  So far, this season in Montgomery has been 35.  Some towns have already reached the freeze mark, but this is the first widespread freeze.  After the first widespread freeze, freeze warnings will no longer be issued until the Spring. 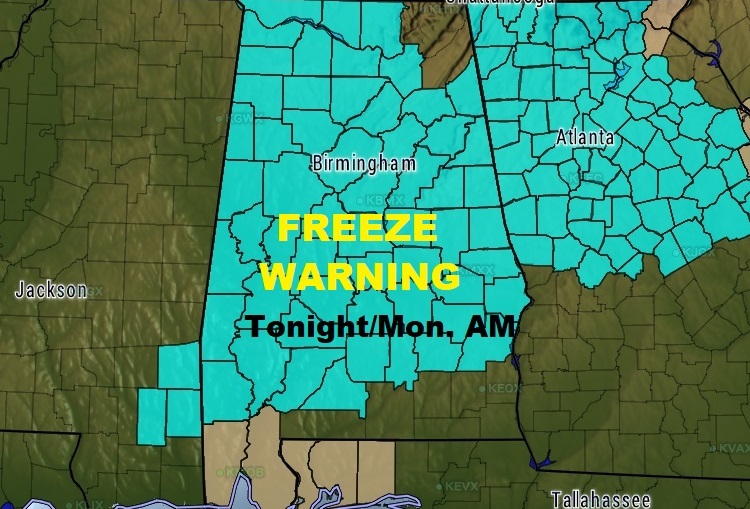 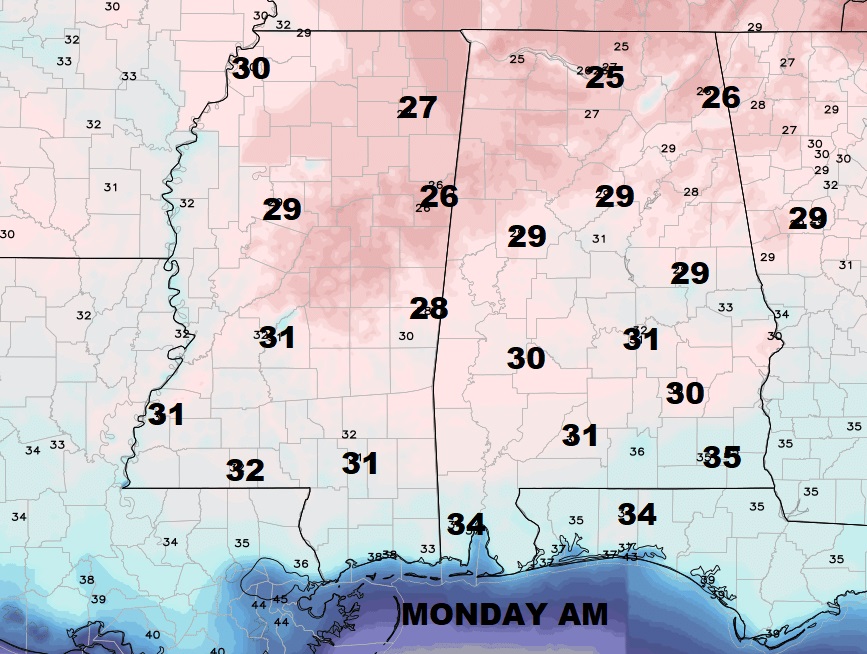 NEXT FEW DAYS:  The Thanksgiving week forecast is a good one.  As I mentioned above, that Gulf disturbance later in the week, should be rather weak, and it should leave us alone.  I have removed the threat of showers from the forecast for the rest of the week.  Thanksgiving should be comfortably cool, but nice. 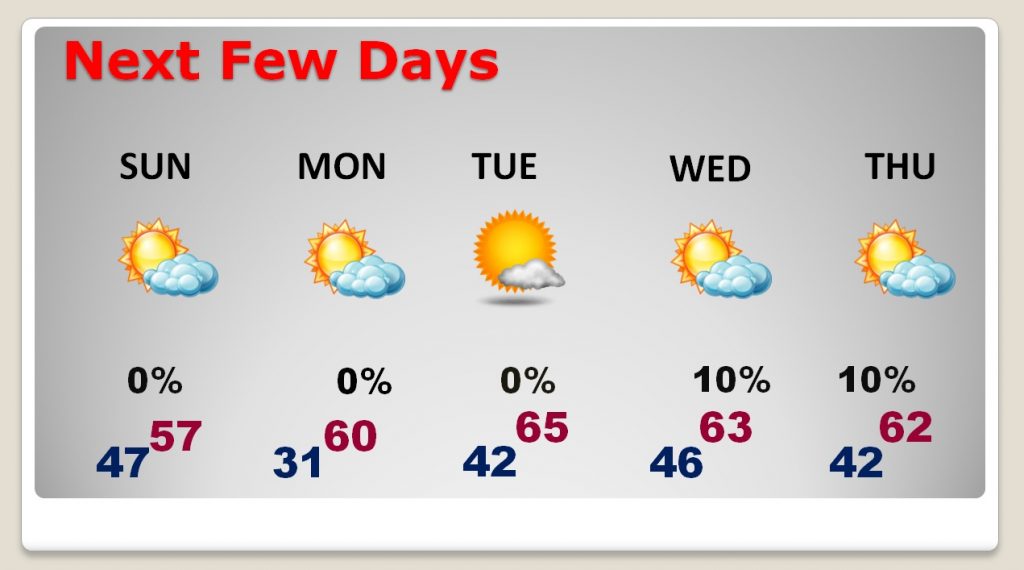 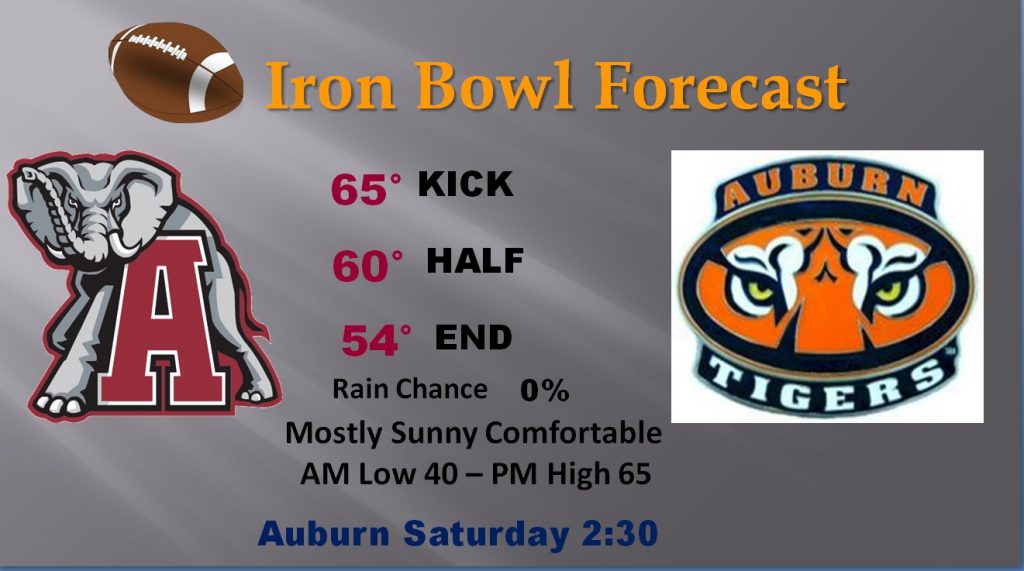 I’ll have a complete video briefing update for you first thing tomorrow morning.  I hope you have a great Sunday!