We are about 4 days away from a taste of winter. I’ll get into more details about the impending cold below.   In the meantime, it will feel more like Spring than December this week.  Following dense fog this morning, we will see a sun/cloud mix, with a very mild 70°.  Should be nice weather for Christmas parades in Millbrook and Eclectic today.  Tonight will be partly cloudy with fog redeveloping late.  Details of tonight’s Supermoon below.

DENSE FOG THIS MORNING:  DENSE FOG Advisory continues until 9AM. Widespread dense fog across much of Alabama and adjacent states, again. Visibility below .25 miles in spots. More dense fog is expected to redevelop tonight and Sunday morning.  It’s likely another dense fog advisory will be needed tonight. 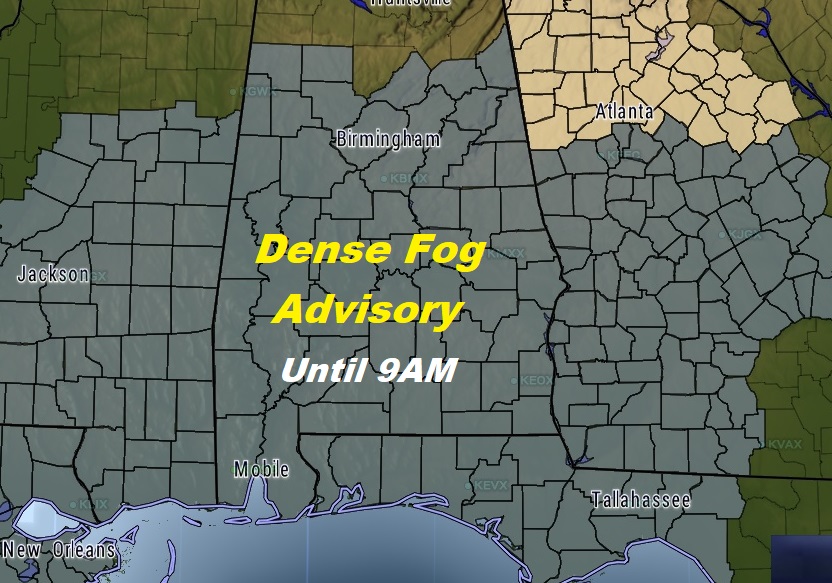 NEXT FEW DAYS:  Springlike temperatures in the 70’s are on the menu through Monday, and even into Tuesday.  A strong cold front will bring in a round of showers and thunderstorms Tuesday and Tuesday Night, with a lingering chance of showers.  Wednesday will be quite a bit cooler, but hang on..the coldest air is yet to come.  No severe weather is expected with the front. 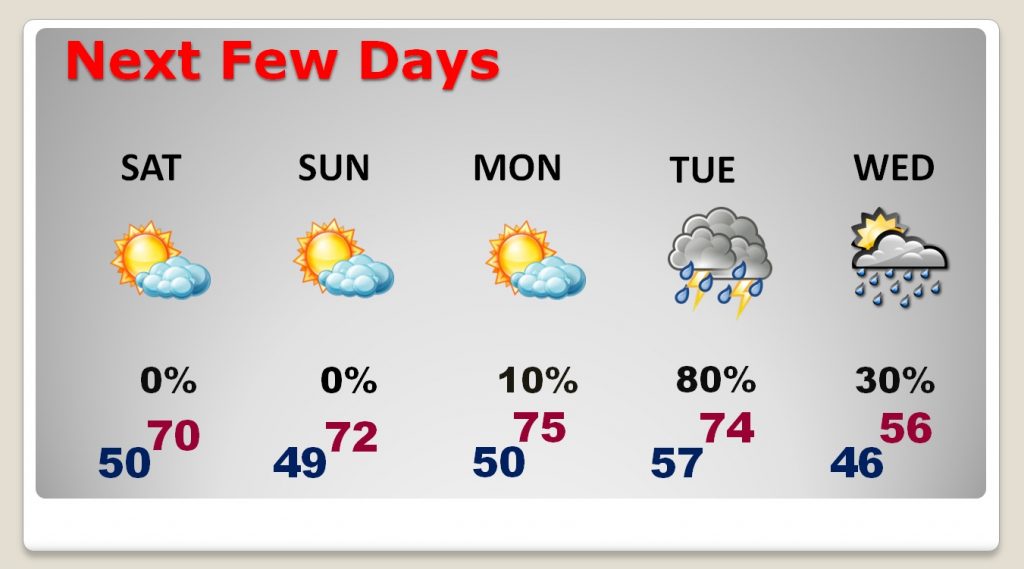 WINTER AIR ON THE WAY:  Get ready.  A strong cold front arrives Tuesday with showers and storms.  Although we will be in the 70’s early Tuesday, we will fall to only the 50’s for highs on Wednesday.  The maps below show the position of the strong cold front Tuesday morning and the sharp trough of cold air which follows the front.  Coldest air here will be late week and persisting into the following weekend. 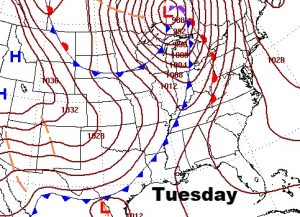 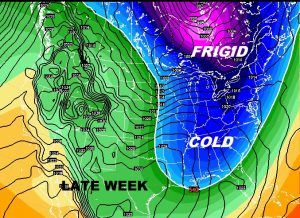 How cold?  Depending on which global model you look at, the numbers suggest that there are a couple of days late in the week when our high temperature may not make it out of the 40’s, or perhaps near 50.  Lows at night will drop to the 30’s and then the 20’s.  It will be the coldest air of the season, by far.  And, if you have been watching my videos, you know that there is reason to believe that the cold could persist well in through mid December and perhaps even a bit longer, before we moderate in late December.  At least those are the signals we are seeing.

Here’s a sample of the Global model guidance.  Don’t take the numbers literally.  These are just raw numbers.  We are looking at trends. 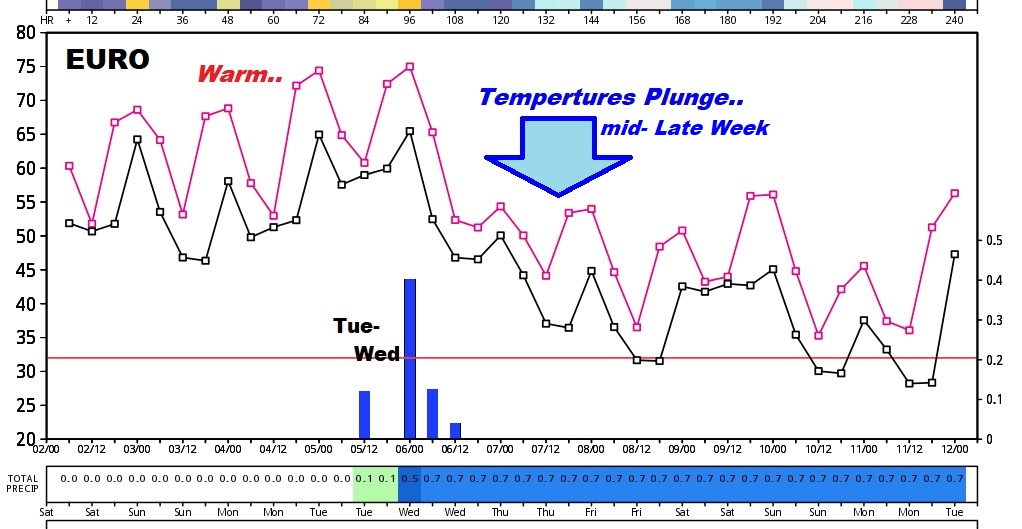 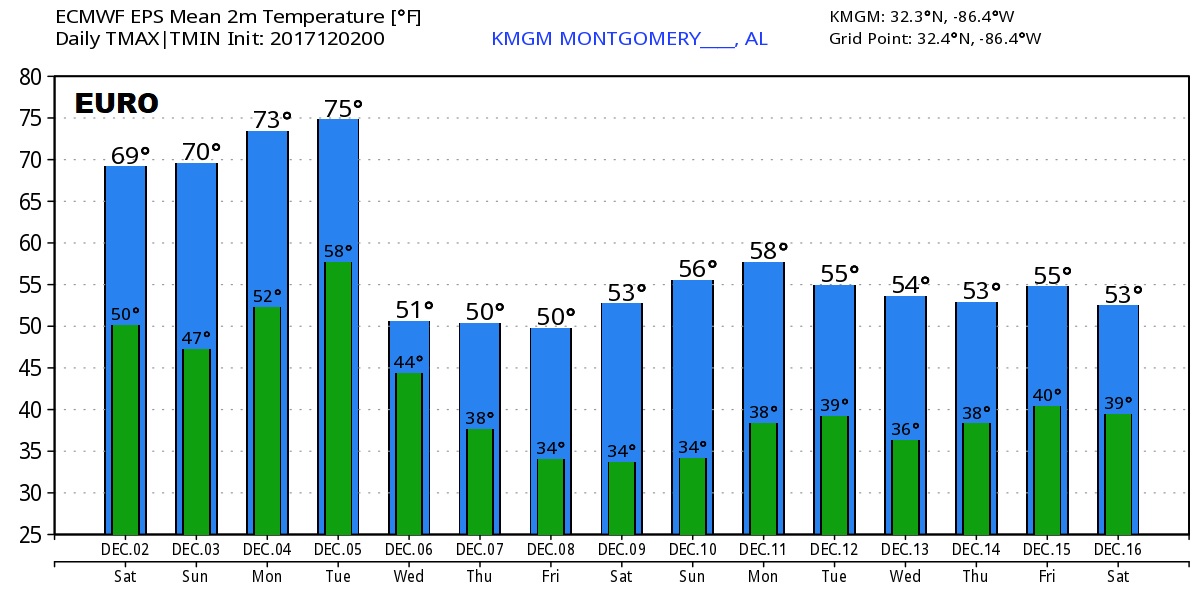 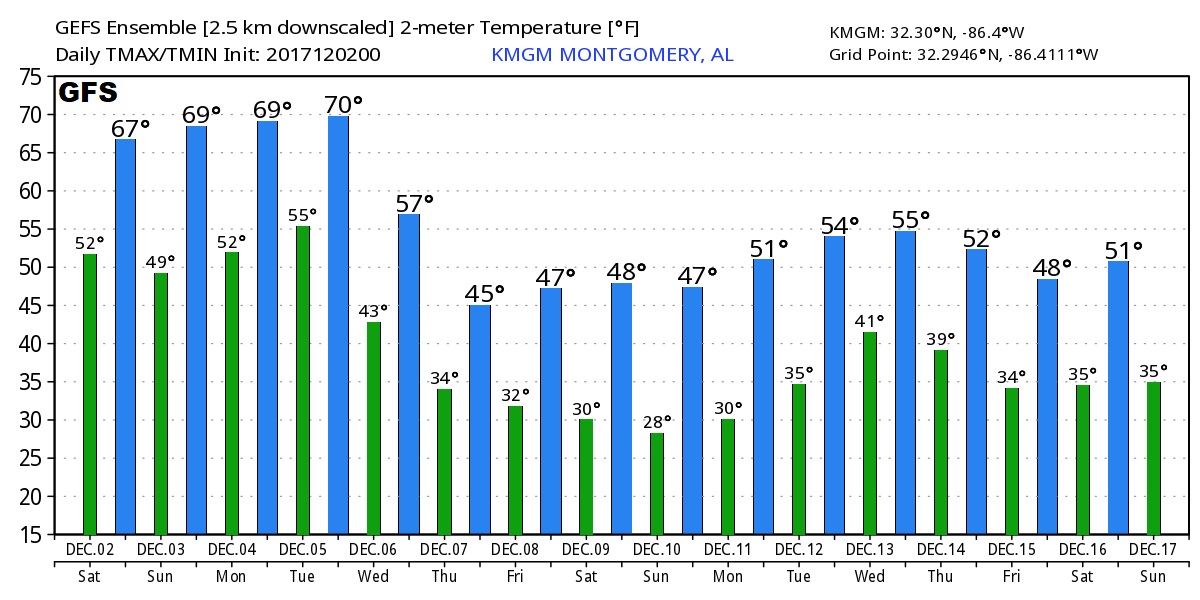 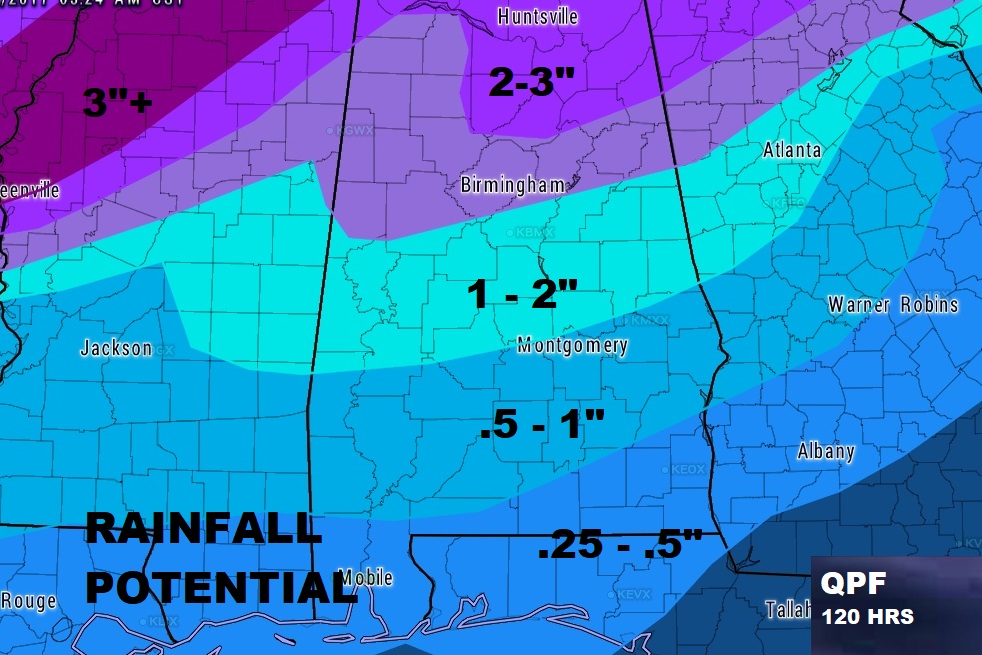 SUPERMOON THIS WEEKEND:  Tonight’s Full “Cold” moon will seem about 14% brighter and 30% larger than normal.  That’s because the moon is a Perigee, the closet point to the earth, 225,622 miles away. 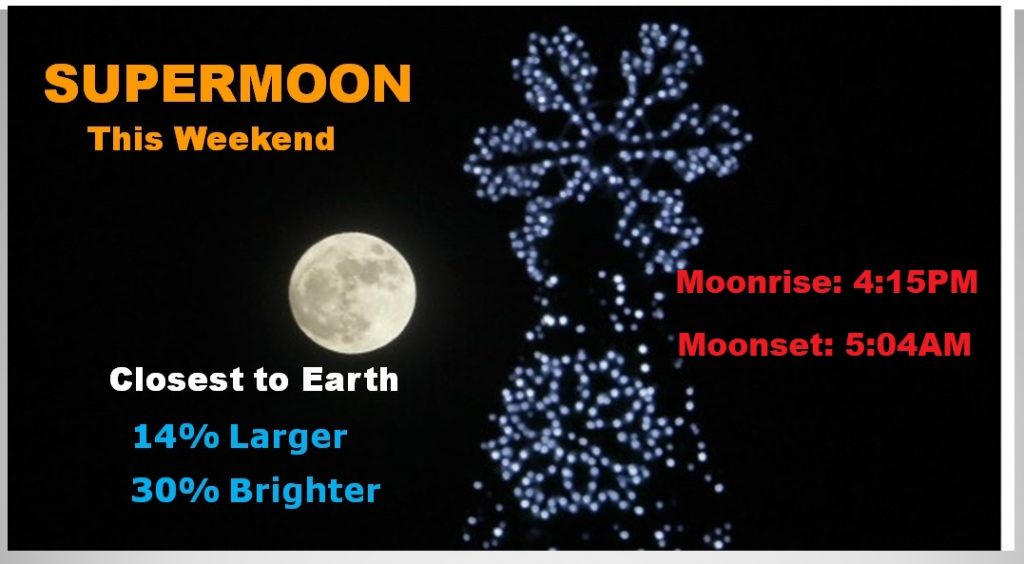 If you are headed to Atlanta to tailgate before the big SEC Championship game this afternoon…Fog is a problem this morning.  Otherwise a mostly cloudy day with a high around 67.  Enjoy the game!

There will be another blog post tomorrow as I keep you updated on that Cold Blast ahead.  Hope you have a great weekend.