After some dense fog this morning, it looks like we have a pretty nice Sunday on the way, with mostly cloudy skies, giving way to a good bit of sun, with highs in the lower 70’s.  Tonight’s low will be around 51 with more fog developing.  Another springlike day is on tap Monday.  But get ready.  A strong cold front enters the state Tuesday. Winter is on its way.  Details below.

DENSE FOG THIS MORNING:  It’s becoming a familiar story. DENSE FOG ADVISORY covers much of Alabama until 9AM. Widespread dense fog with visibility under a quarter mile in spots. This is the 5th morning in a row. More fog late tonight & Monday morning. 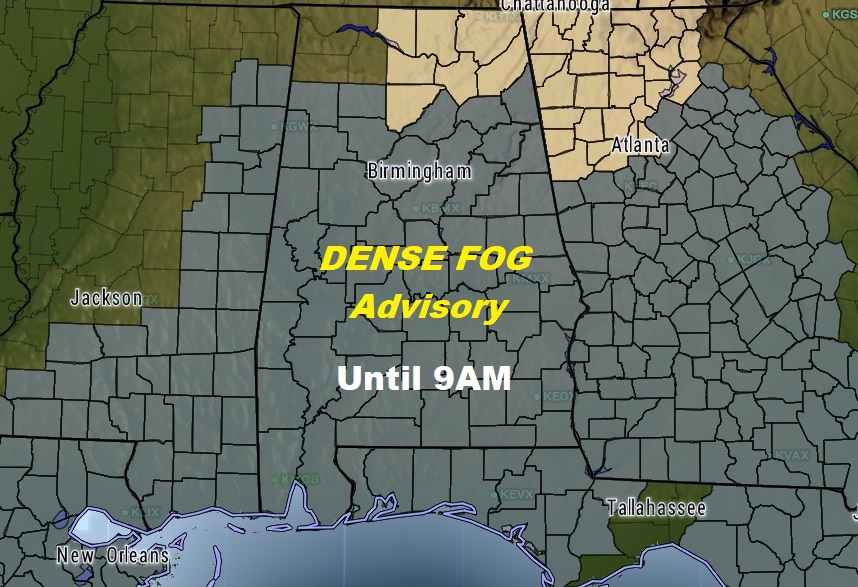 NEXT FEW DAYS:  We will be in the 70’s today & Monday, and even Tuesday.  Showers and storms will be widespread with the front Tuesday.  No severe weather is expected. Sharply cooler, then colder weather will follow.  More on how cold below. 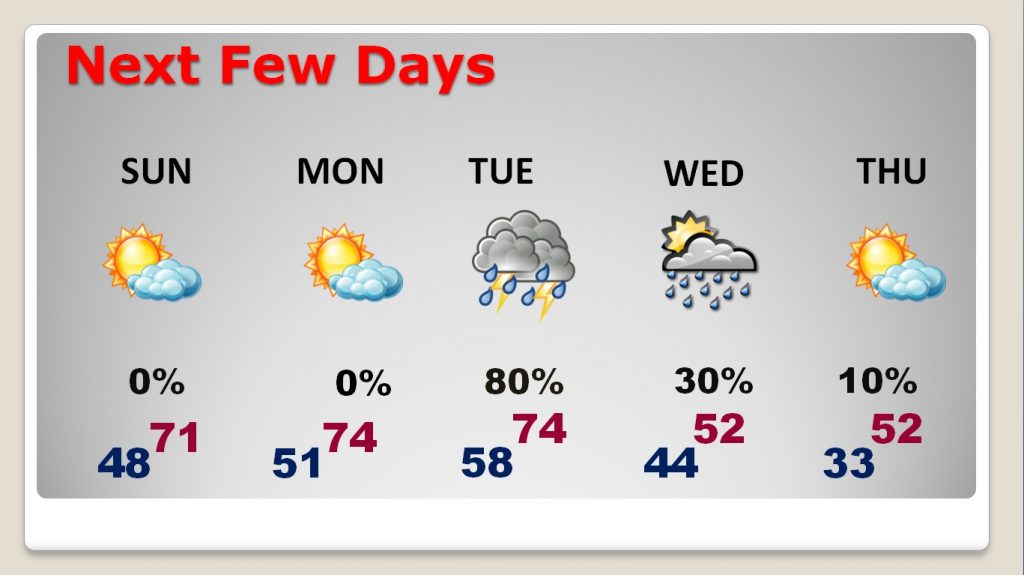 TASTE OF WINTER ON THE WAY:  Get ready.  After the strong cold front moves through the state Tuesday, with beneficial rainfall, much colder air will follow.  Coldest air will be in place Thursday through Sunday.   We will be in the 70’s early Tuesday, we will fall to only the 50’s for highs on Wednesday.

How cold?  Depending on which global model you look at, the numbers suggest that there are a couple of days late in the week when our high temperature’s Thursday through Sunday will probably average around 49-52. Lows at night will be in the 20’s & 30’s.  It will be the coldest air of the season, by far.  It appears that the cold air will be around at least into the third week of December.

Here’s a peak at the raw numbers from the global models.  Don’t take the numbers literally.  For instance, I think the GFS numbers are too cold, and the Euro numbers are not cold enough.  The truth likely lies in between. 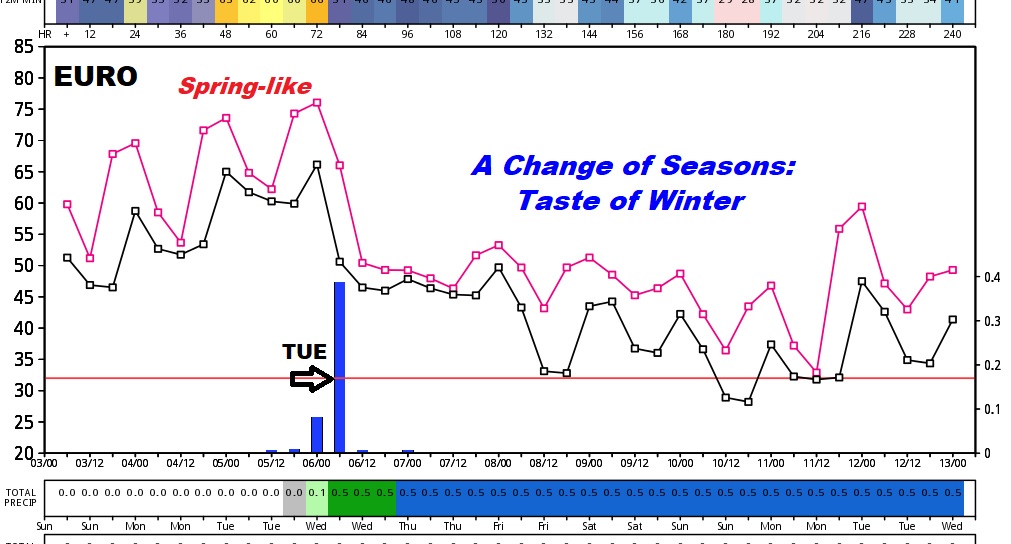 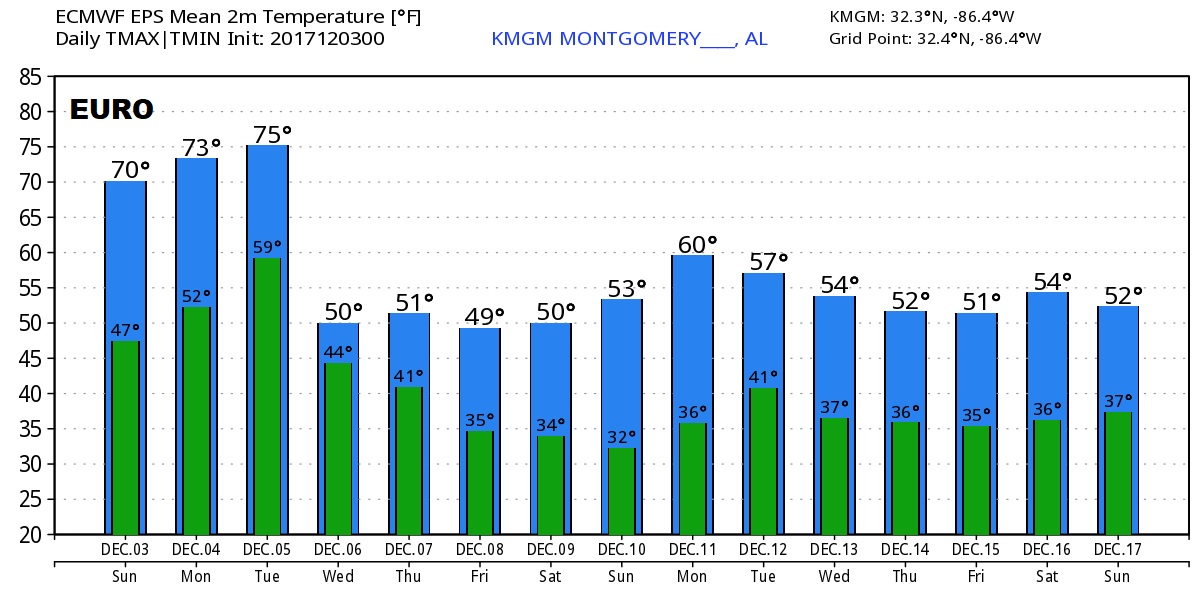 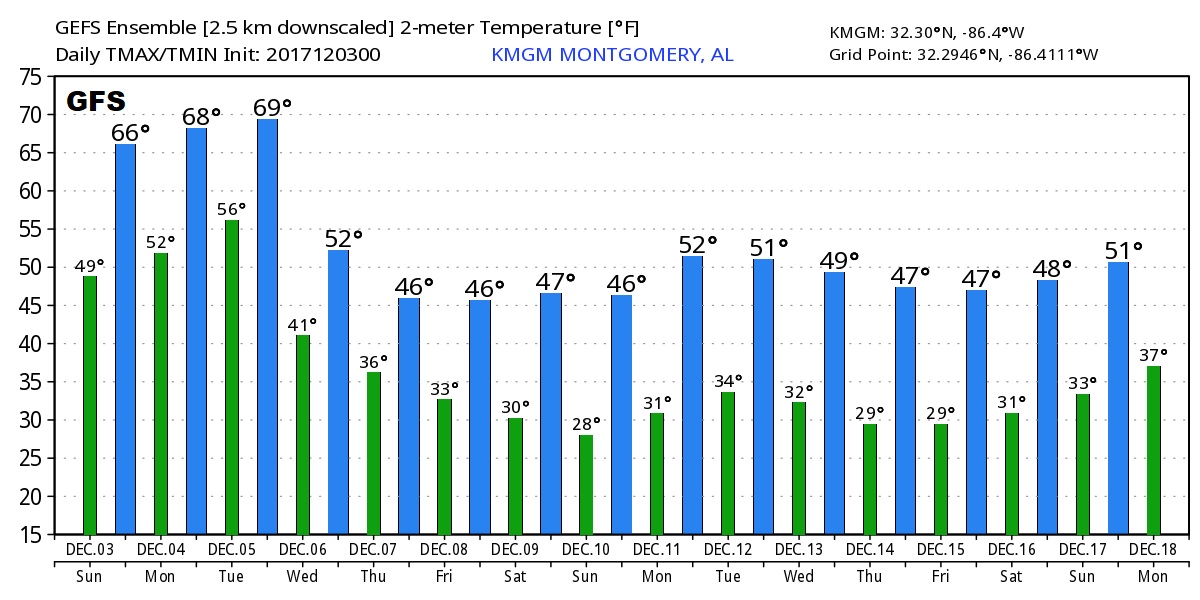 HOW MUCH RAIN:  The models have backed off a bit on rain totals.  Rainfall could be .50 to 1” for much of central & south Alabama.  Heavier amounts, 1 to 2”+,  are expected in north Alabama.  The rain drops are needed.  Much of the state is in at least a stage 1 drought. 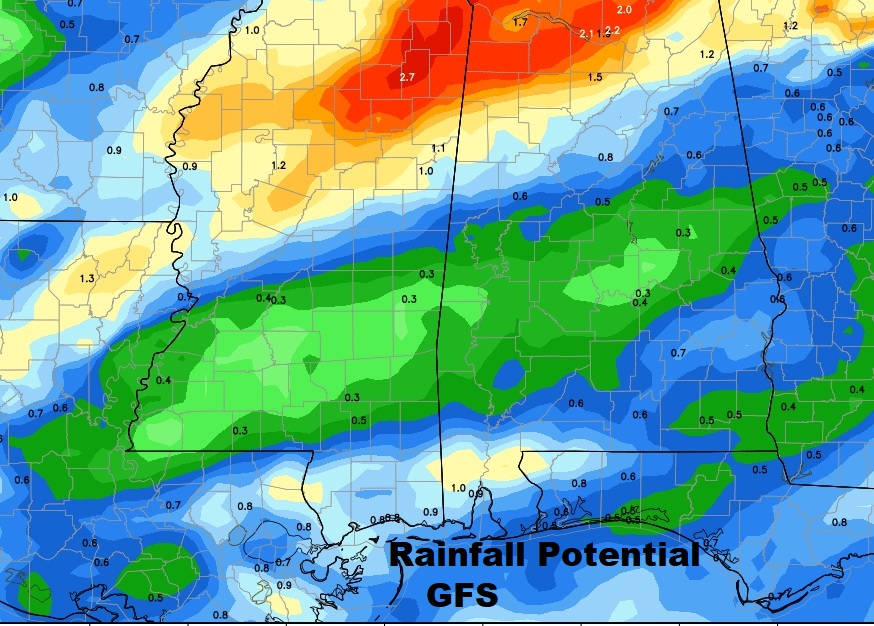 SUPERMOON:  If you missed it last night, moonrise this evening will be at 5:08PM.  Tonight’s Full “Cold” moon will seem about 14% brighter and 30% larger than normal.  That’s because the moon is a Perigee, the closet point to the earth, 225,622 miles away.

There will be a complete video update tomorrow morning, posted by about 4:45AM. I’ll update you on the details of this week’s big temperature plunge.  Hope you have a great Sunday.