(Wednesday afternoon Update)  The threat for a Wintry mix of rain and some wet snow continues for Friday,  mostly in the morning and mid-day hours, becoming all rain later in the afternoon and into the evening.  The greatest risk of a mix appears to have migrated a little farther north, to central and north central Alabama.  While accumulations appear to be none or slight, it is conceivable that up to a half inch of slushy accumulation is possible in some grassy areas.  Slightly better odds of accumulation are possible in the higher elevation of east central and northeast Alabama.  Temperatures will hover in the upper 30’s for much of the day Friday across central Alabama. Precipitation will tend to fade out at or around midnight.  Toward Saturday morning, temperatures will fall below freezing to about 28 by Saturday morning.

Kevin Laws wrote an excellent discussion from National Weather Service Birmingham, that I agree with:

pay particular attention now for the Friday commute. These

precipitation` too far to the south as is, and they also struggle with the timing – often predicting a later timing than reality.

So, I would certainly suggest to pay particular attention before

venturing out on Friday, as a change from rain to snow will be

likely through the early morning to early afternoon from west to

east and north to south.

Accumulations could remain rather light due to warm ground

freezing. However, I wouldn`t necessarily write off

impacts…especially to elevated surfaces. The cold airmass that

will be filtering south through the day on Friday into early

Saturday is significant…so freezing spots could be problematic.

As with any snow potential in the South, stay alert to the

changing forecast and be prepared for impacts, even if they remain minor.

the next forecast update.

Here’s a snapshot of the Euro model Friday afternoon & evening. 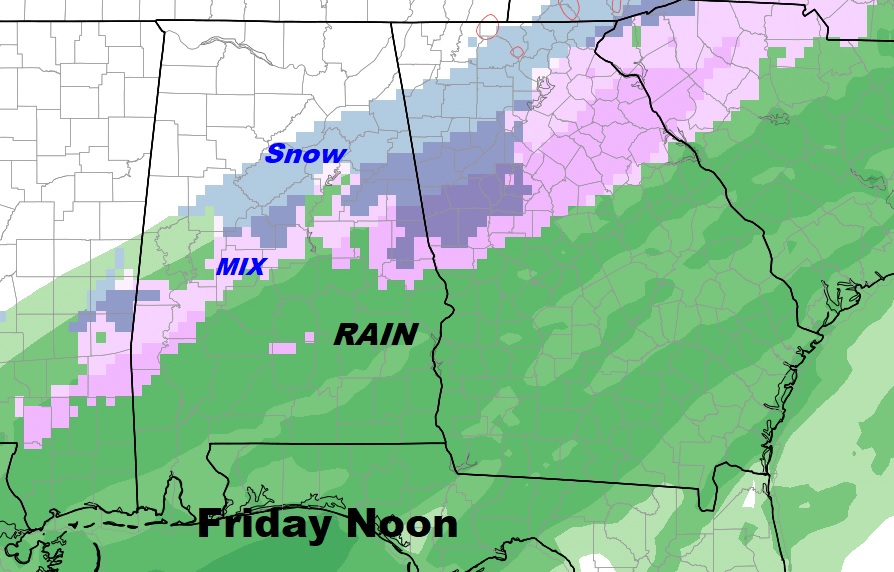 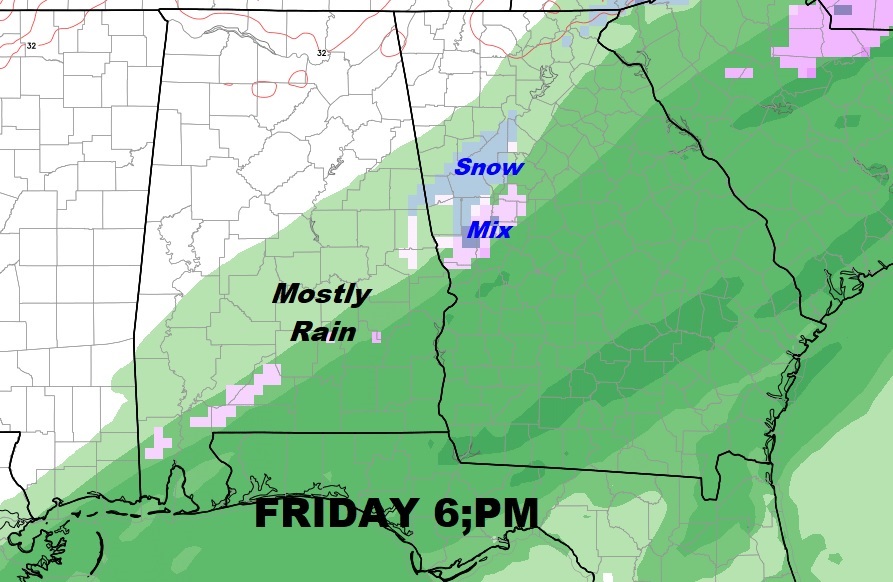 Meanwhile our cold days will continue through the weekend.  It will be cold wet of Thursday,  with the rain/snow mix possible Friday, then sunny and cold Saturday.  The coldest mornings will be Saturday and Sunday in the upper 20’s. 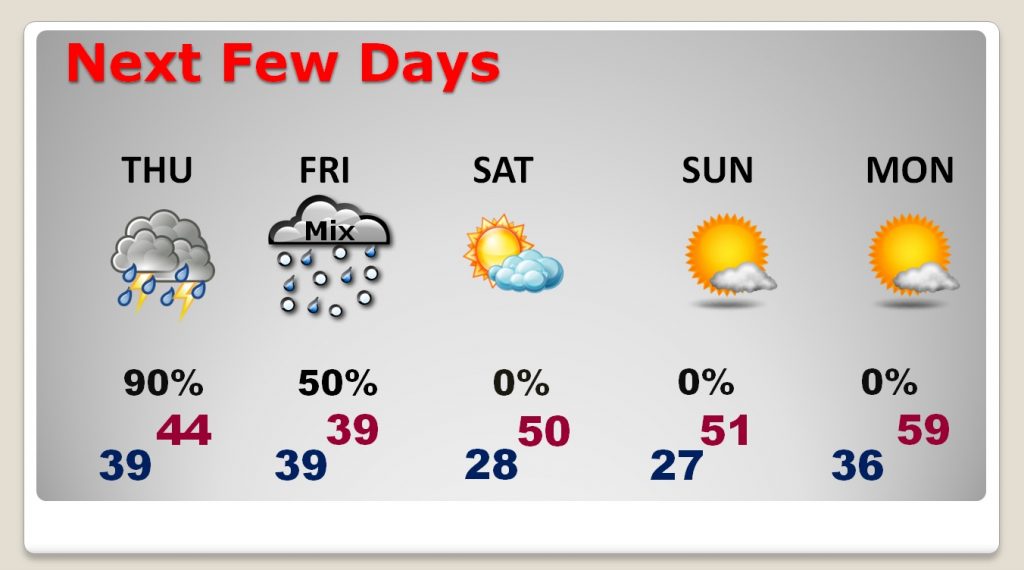 There will be much more information for you on a Special Thursday morning video update which will be online by 4:45AM.