The last gasp of light snow or flurries should end shortly after sunrise in the southeast counties.  But, with a blanket of snow still on the ground, over a huge part of the state this morning, temperatures will be slow to warm.   The Winter storm Warnings and Winter Weather Advisory will end at 7AM.

SNOW ON THE GROUND:  Early this morning, this map shows snow dept across the Deep South from southern Mississippi into Georgia.  (See the legend on the side)  The purple areas had 6” or more.  The southern end of the band included 1” in East Montgomery.  Highest total I have seen so far in Alabama had 10” just east of Anniston. Closer to home, many locations,  in northern Autuaga county had 4”, including Deetsville, Verbena and Pine Level.  Millbrook reports 2.5”.   The Birmingham airport officially recorded 4”, until the official observer left at Noon.  We don’t know what happened after that. This was truly a historic Southern December snowfall, from Houston, all across the south to the Carolinas and up the east coast. 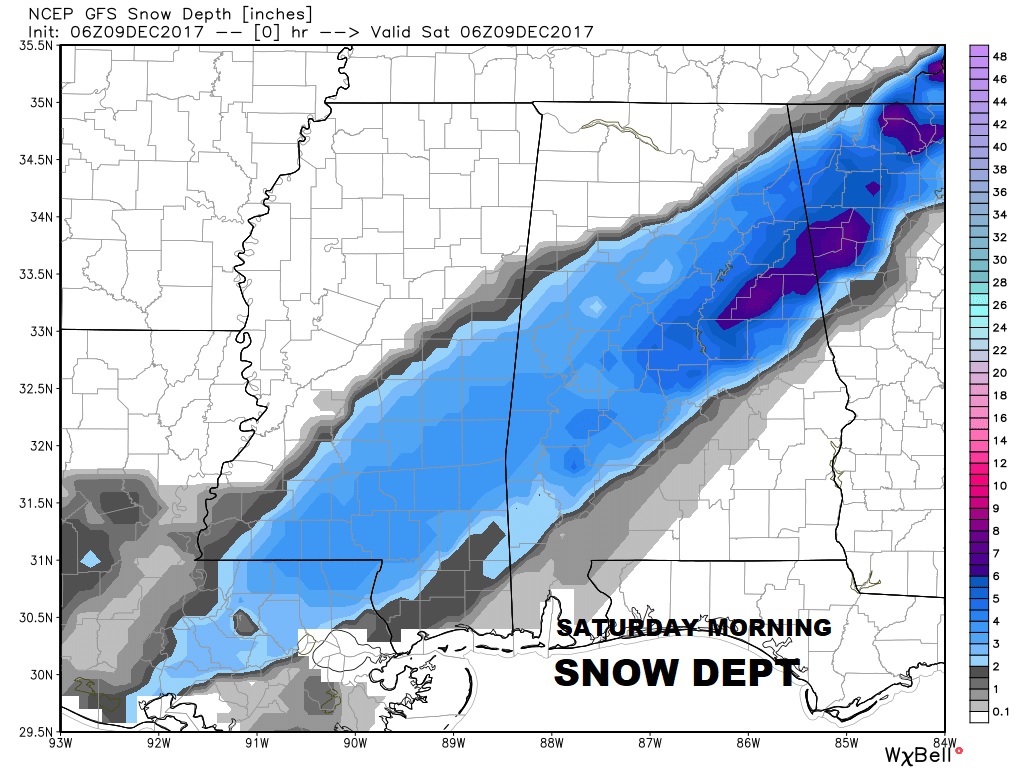 TRAVEL ISSUES THIS MORNING:  Be especially careful on bridges and overpasses this morning.  Crews are out trying to sand some critical bridges across central Alabama.  Most of the main highways are OK, but be careful on some of those secondary streets and roads where some icy spots are possible.

WHAT’S NEXT?:  Today, look for clouds to hang in through mid morning at least.  Then, look for gradual clearing.  It will be a very cold December day.  In Montgomery, the high will struggle to reach 43°.  But in some areas of east central AL, with a thick blanket of snow, the high will stay only in the 30’s.  Also, with the snowcover, lows tonight will be lower.  Teens across the northeast and 20’s across the south.  Montgomery will be near 24 at dawn Sunday.

NEXT FEW DAYS:  After a cold start in the mid 20’s on Sunday morning, it should be aq cold but sunny day, with highs in the mid to upper 40’s.  Then back to the 20’s Monday morning, but Monday afternoon’s 58 will feel like a heatwave.  But, hang on.  Another cold front cuts across the state on Tuesday.  Tuesday and Wednesday should be quite cold again. 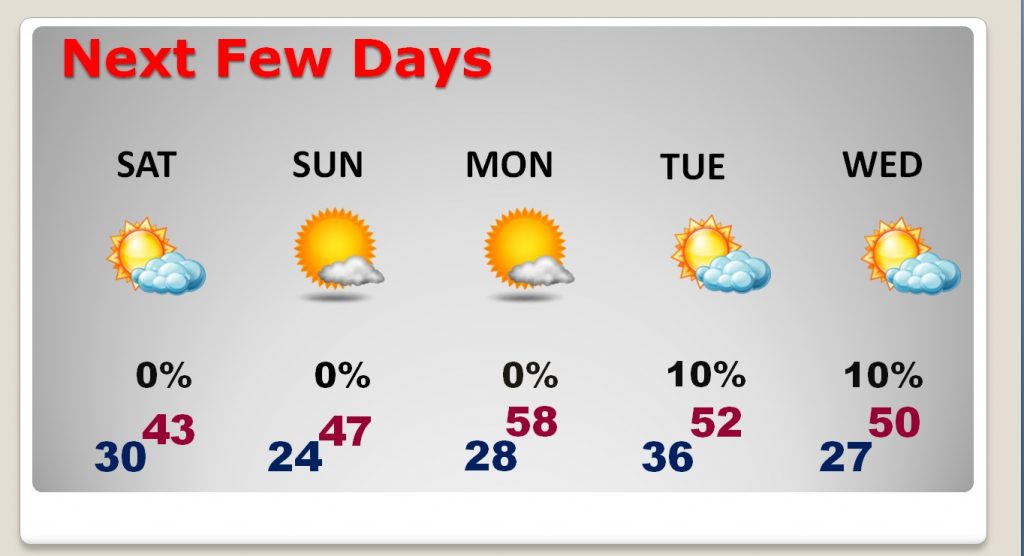 There will be updates as needed.  Stay warm.  Bundle up if you are headed to Christmas on the Coosa in Wetumpka today.  It’ll feel like Christmas!   Have a great weekend!