This forecast summary will be brief, only because, it looks we will be an a relatively quiet, storm-free pattern next few days, featuring a lot of ups and downs in the forecast. At least two cold fronts will sweep through the state Monday night and Thursday night.

TODAY:  Welcome to the coldest morning of the season so far. Most of us are starting in the mid 20’s.  I suspect some outlying areas will be colder than that.  Today will be sunny and cold.  Not quite as cold as yesterday, and less wind.  Look a high around 47, and then back to the upper 20’s tonight.

NEXT FEW DAYS:  We warm up Monday afternoon, perhaps into the low 60’s, after a cold start in the 20’s.  But, a dry cold front sweeps through Monday night, which means another quick temperature plunge on Tuesday and Wednesday.  Then, we briefly warm again Thursday, before another dry cold front slices across the area Thursday night. 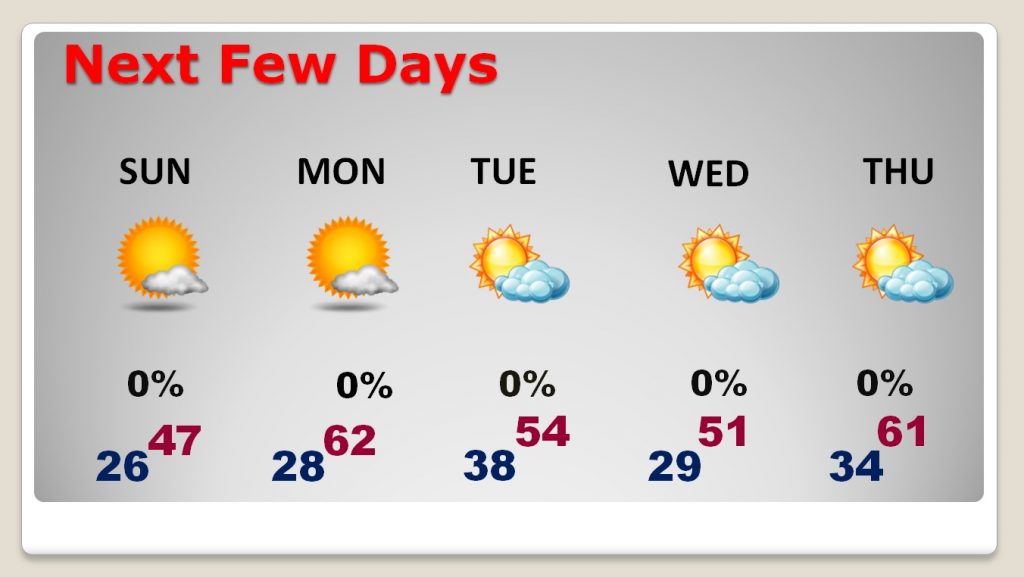 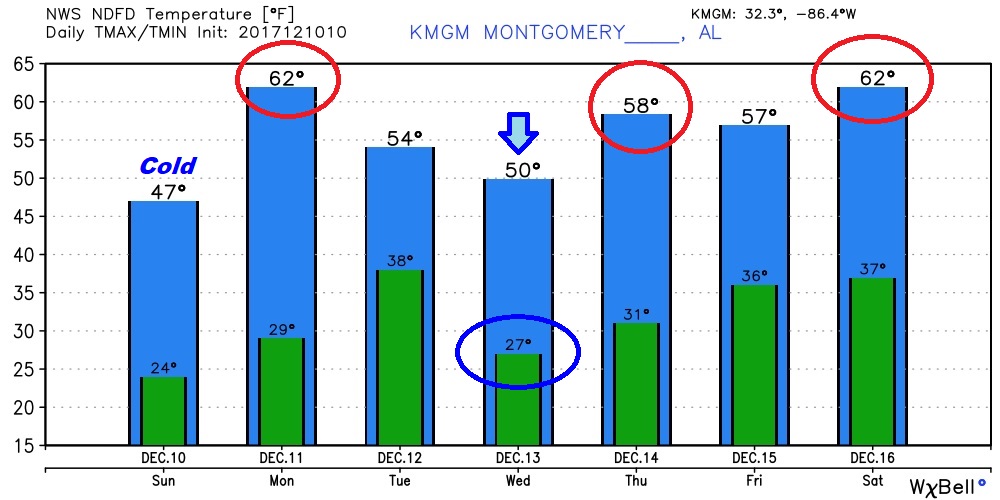 LOOKING AHEAD – WHAT ABOUT CHRISTMAS WEEK?:  So, what will the pattern be like Christmas week?  The answer is…I don’t know yet.  If you believe the US GFS model, we might be dressed in shorts.  But, hang on.  The Global models don’t have a handle  on that particular week, yet.  Because the models differ so much, that indicates to me, that another big pattern change is coming.  Could the arctic flood gates be opening up?  I wish I could tell you, but I can’t yet.  Let me just leave you with a gut feeling opinion.  It’s possible that we could see a late month shocker, but the models have not picked up on it yet.  Stay tuned.

The storm that produced a band of 4-8” snow across central Alabama Friday, and up to 12” at Jacksonville, AL., will forever be etched in the history books, as far as early December snow events in the South.

I showed you a lot of computer models last week.  Remember Thursday?  I saw a model run, which I thought was so crazy, I didn’t want to even put it on the video.  The North American Model (NAM) printed a band of 6-8” snowfall.  Except, it had it too far south.  It had heavy snow in places like Montgomery, Troy and Auburn.  It had the right idea on amounts, just the wrong idea on placement.  Meanwhile, the Euro model (ECMWF) was the best, and most consistent on the placement of the snowband.  It was just about perfect.  So, I guess the point I want to make is this: in these complicated winter storm situation,  no model is perfect.  It’s up to us the forecasters to try and read the tea leaves and mitigate the forecast.  It’s a tough business, but, I wanted to give you a behind the scenes look at the process.  Here’s the maps that shows who actually got snow in historic snowstorm of Dec. 8-9, 2017. 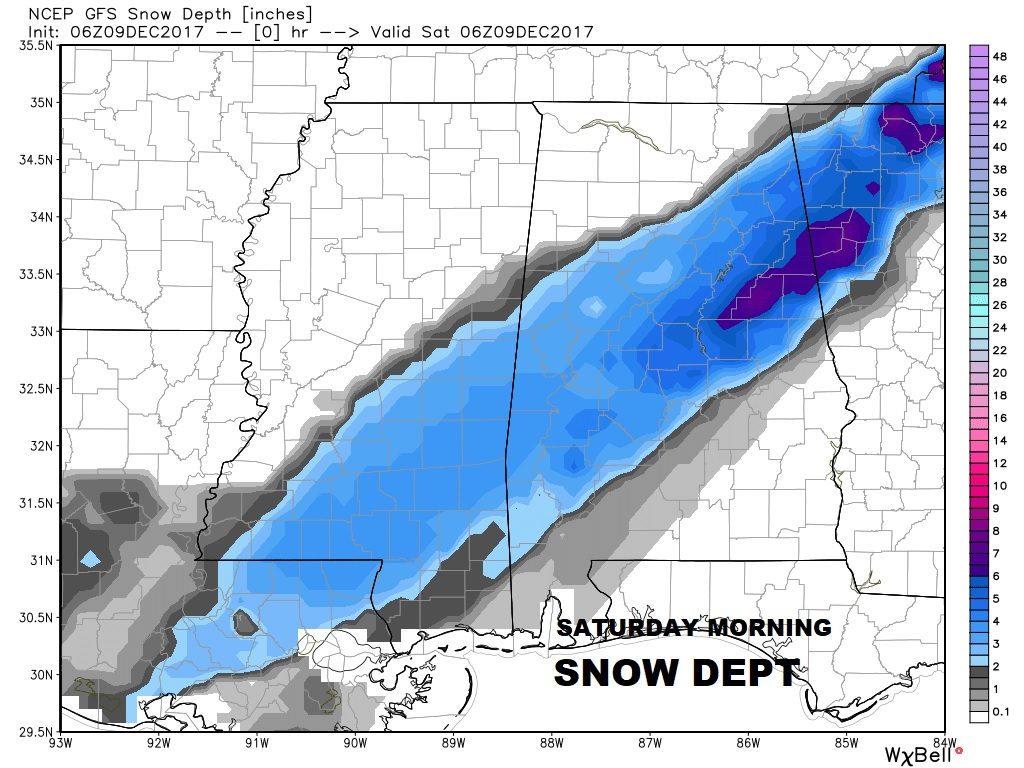 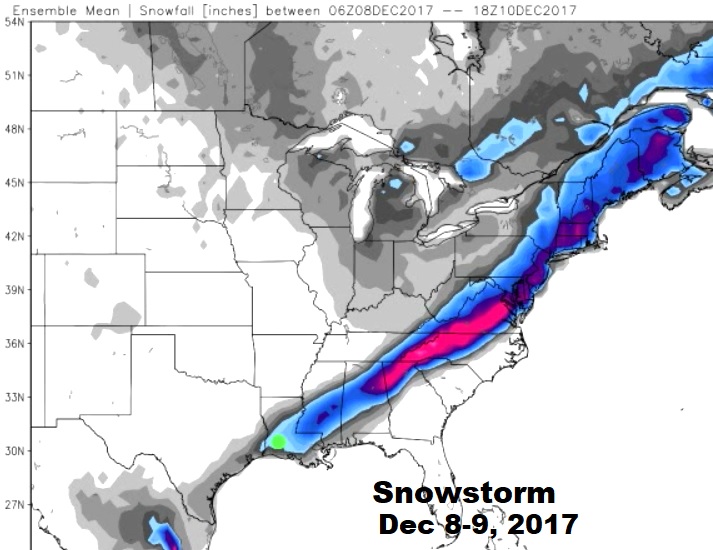 I will have your next complete personal weather briefing video ready for you first thing tomorrow morning at 4:45AM.  Have a great Sunday!  Stay warm.