…Dramatic Arctic Cold Front..  Drastic Drop in temperatures today and tonight.  After mid 70s yesterday, we’ll be in the 20’s by Saturday Dawn.  And, that’s only the tip of the iceberg.  I have some new numbers to share.  PLUS- The 2nd Arctic Front Tuesday could have even colder air.  Will that front bring any wintry precipitation with it?  We have much to discuss this morning on a very important Friday morning personal weather briefing. 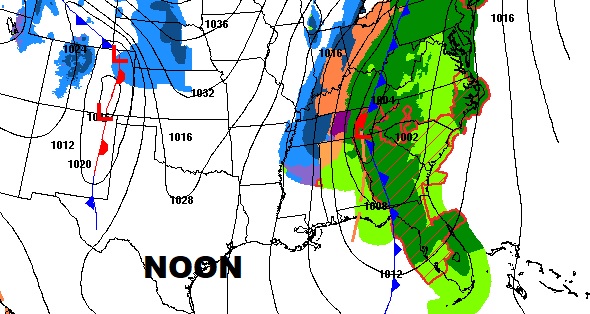 ARCTIC AIR dominates the weekend.  And , a second arctic front will sweep across the state Tuesday.  There could be a snow flurry or two with the front, but the bigger story is the air behind the front.  We fall to the teens by Wednesday morning. 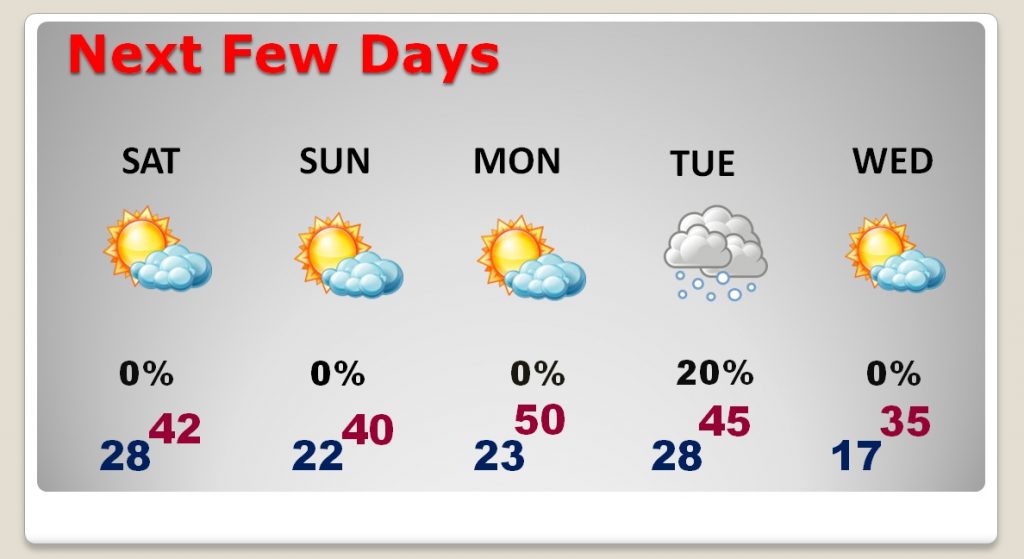 Could there be some frozen precip. with the second arctic front moving through the state on Tuesday.  Maybe.  The GFS shows enough moisture for a snow flurry or two and the Euro is even a little more bullish on that idea.  It shouldn’t be a big deal.  Right now I have in a 20% chance. 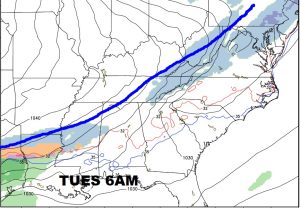 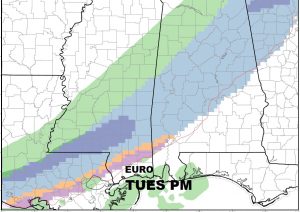 The air behind the second front is frigid.  Here’s a sample of Wednesday morning wind chills off the GFS. 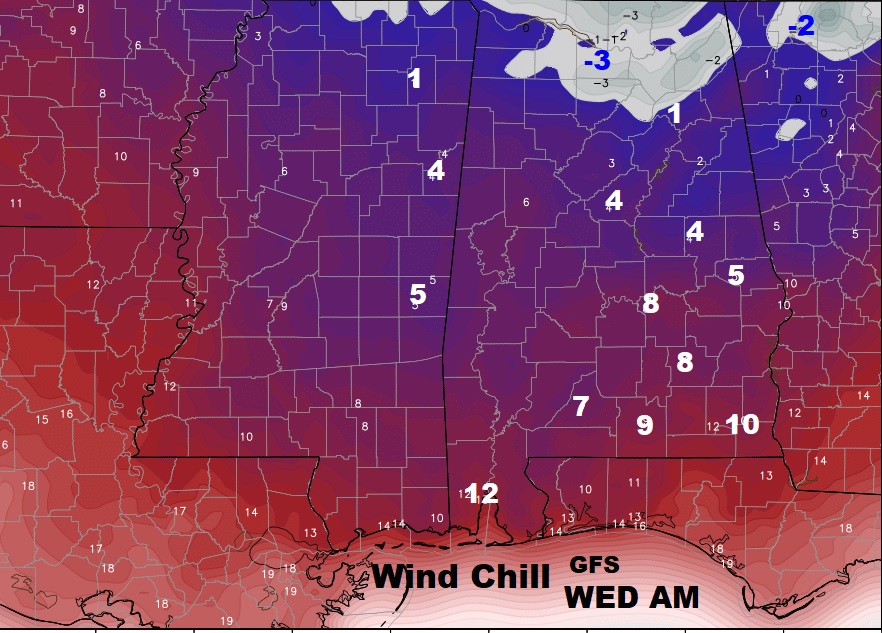 Wild numbers show up on the both the EURO and GFS global models.  We reach a low point next Wednesday, then there’s a big temperature recovery the following week. 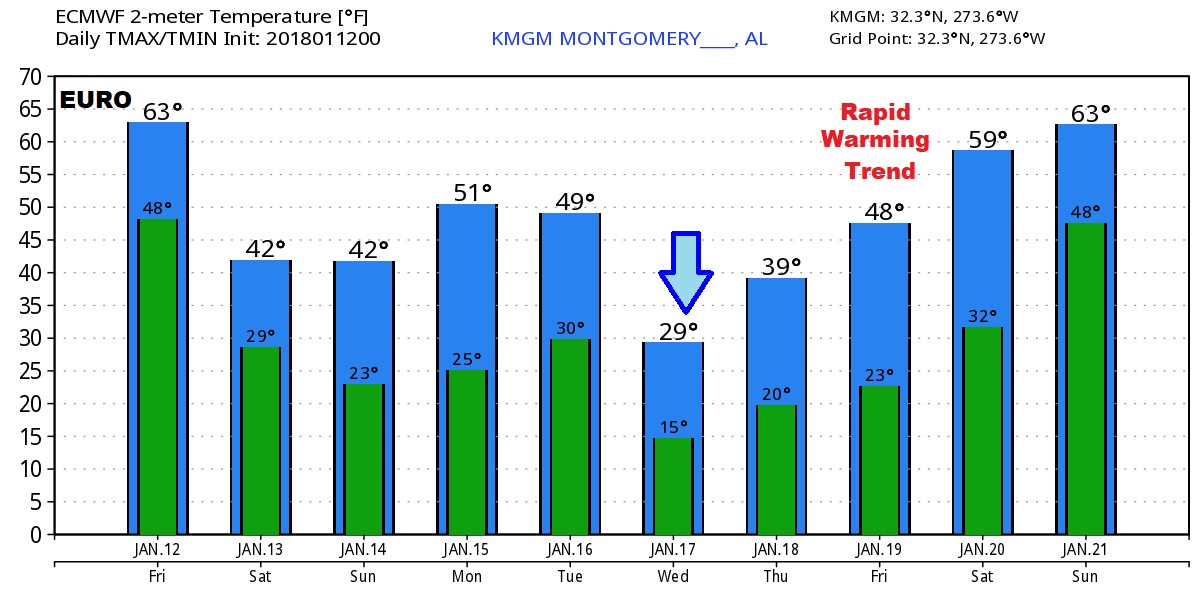 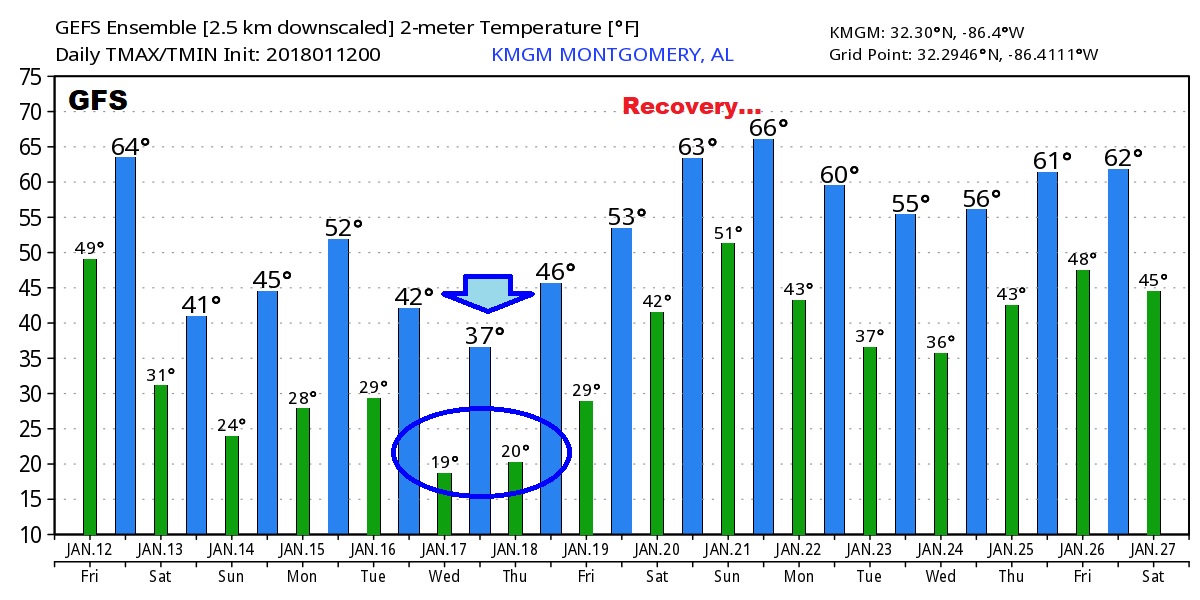