It’s a bit of a victory.  We have a morning without a freezing temperature at the Airport, after 8 freezes in a row, and a week of snow and Arctic cold.  Two great words: warming trend.  It appears the arctic floodgates will be closed for an extended period of time.  But, winter will be back at some point.

TODAY:  Some morning cloudiness, gives way to a good bit of sun.  The warming trend continues.  After 52° yesterday, we will be in the upper 50’s to near 60, which will seem like a heatwave.  The average high is 57, average low 36.  Tonight’s low 38. 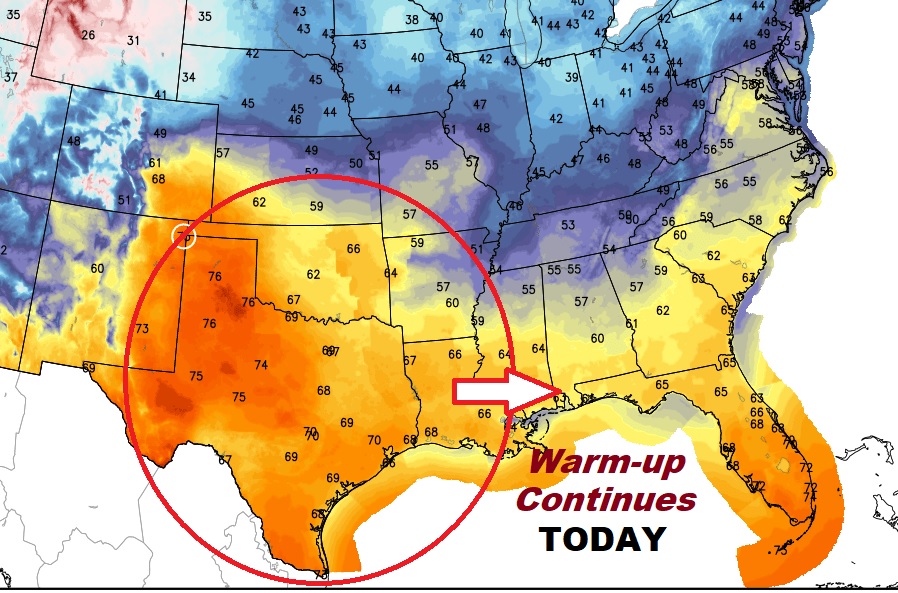 NEXT FEW DAYS:  The warm-up continues tomorrow.  It should be a remarkable Sunday!  Highs will reach the upper 60’s with sunshine.  Showers and thunderstorms are expected Monday, as the next front moves through.  It will cool off a bit behind the front, BUT, cooler not colder.  No arctic air this time. 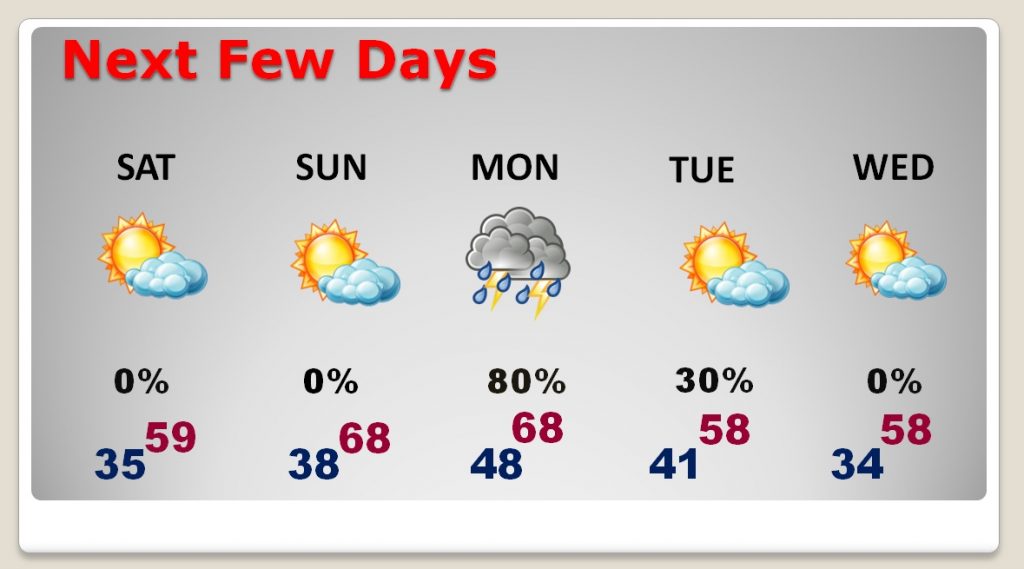 MONDAY STORM SYSTEM:  A cold front enters the state Monday, by mid-day, and sweeps across the state, with a band of showers and thunderstorms ahead of it.  The window of the best rain chances will be Monday afternoon into Monday evening.  The Storm Prediction Center has placed the SW quarter of the state in a Marginal Severe Weather risk.  Damaging thunderstorm wind gusts are possible, in some of the heavier storms.  Rainfall amounts, unfortunately, will be fairly limited, especially across southeast and south central Alabama.  Some areas may see a 1/3 of an inch or less.  We need the rain drops.  Most of us are in a Moderate Drought.  Some parts oif Alabama are in a severe drought. 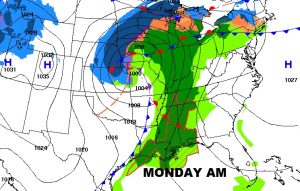 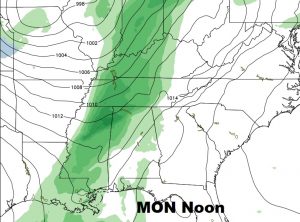 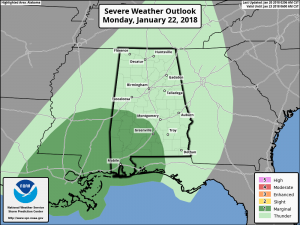 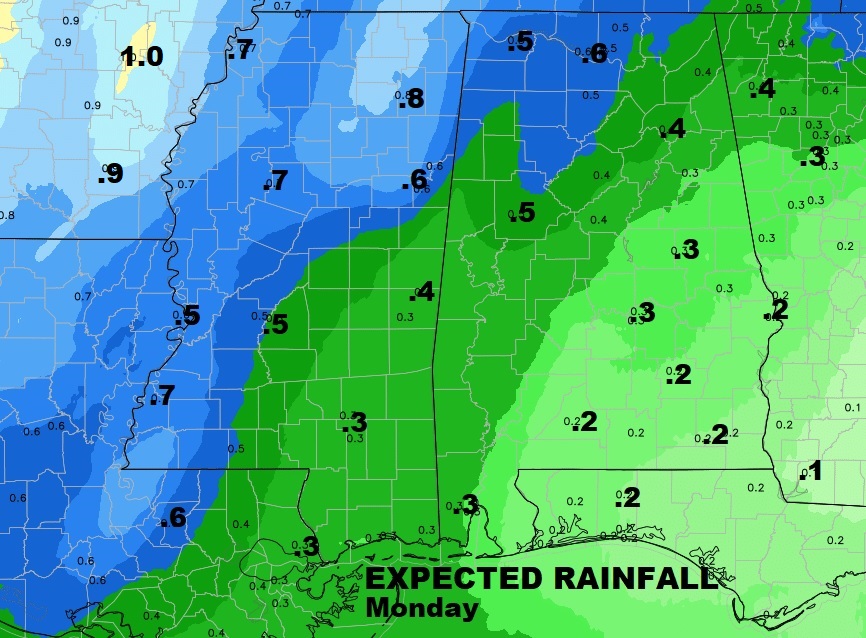 LOOKING AHEAD:  The global models, looking out at least 15-16 days, shows no arctic air.  There will be mild days, and cooler days, and even a few freezes, but I’m thrilled to say, for 2 to maybe 3 weeks, it appears the Arctic Floodgates are closed for now.  However, winter will be back at some point, probably with vengeance.  Relish the milder trend.  (Theses are Raw Model Output numbers from the Euro and GFS.  Never take the actual numbers literally.  We’re just looking at trends) 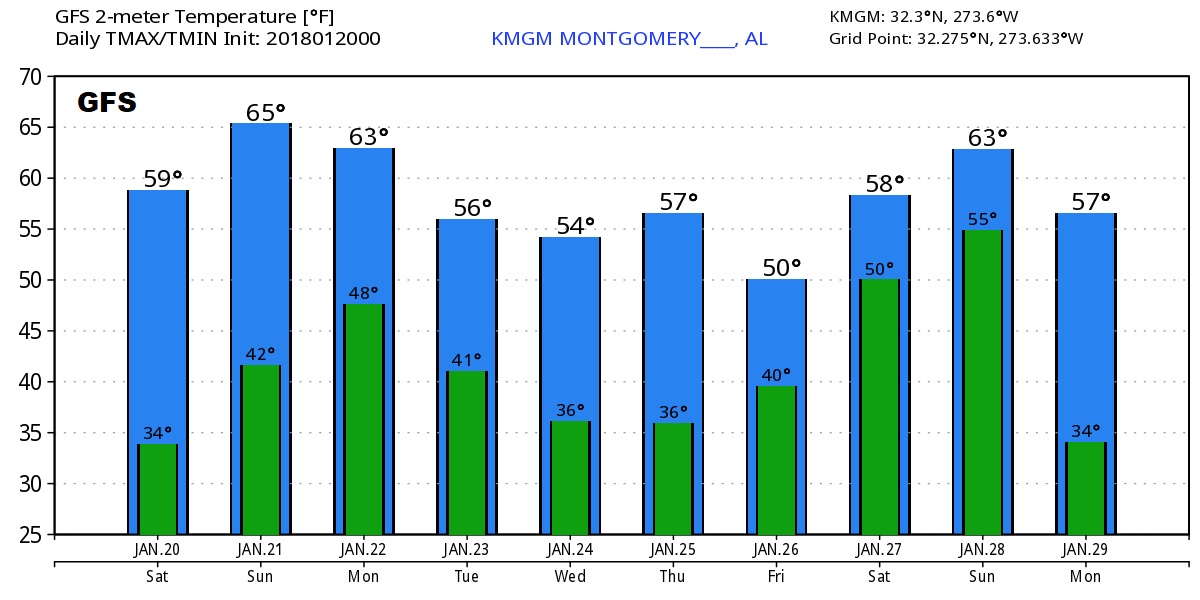 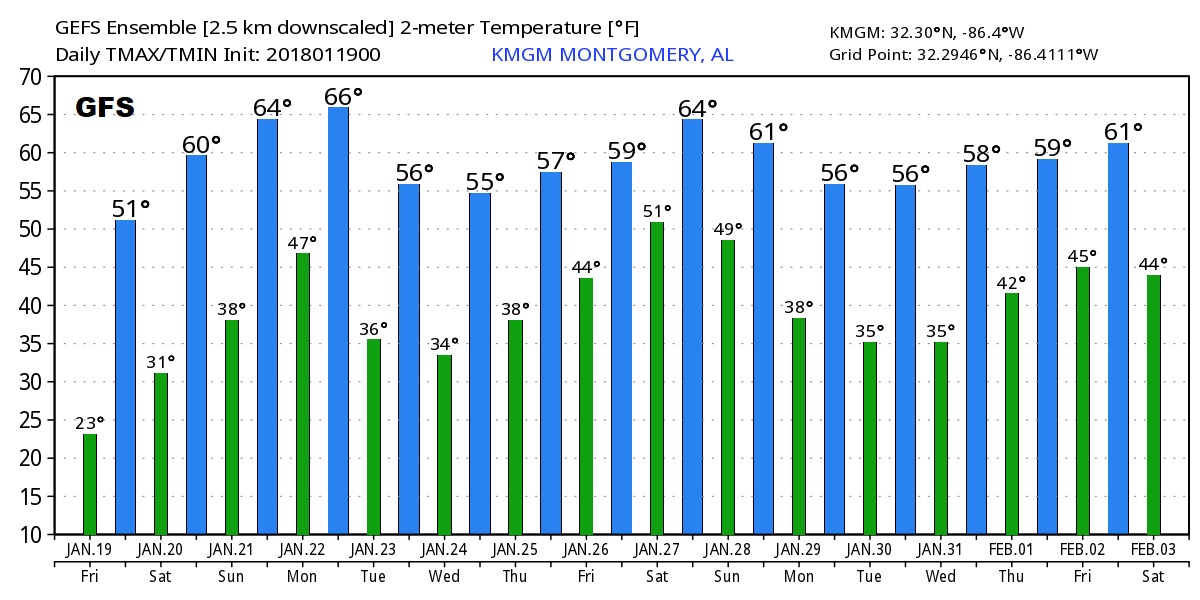 FRREZING REPORT CARD:  Our current string of freezing mornings has ended for now.  We just had 8 in a row, through yesterday.  We have had 15 freezes in January so far.  There have been 30 freezes so far with a lot more winter ahead.  Ten of those freezes were Hard Freezes…under 25°.  We have had 5 mornings in the teens.  Coldest morning so far was 10° on Thursday.  By the way, the average number of freezes in a typical freeze season is 41.

UPDATED SNOWFALL ACCUMULATION MAP:  Very interesting. NWS has an updated map, which better shows the distribution of snowfall across the state Tuesday night/Wednesday. Notice the 2 enhanced areas of 3″+ in Montgomery county and over toward Lee/Chambers county. 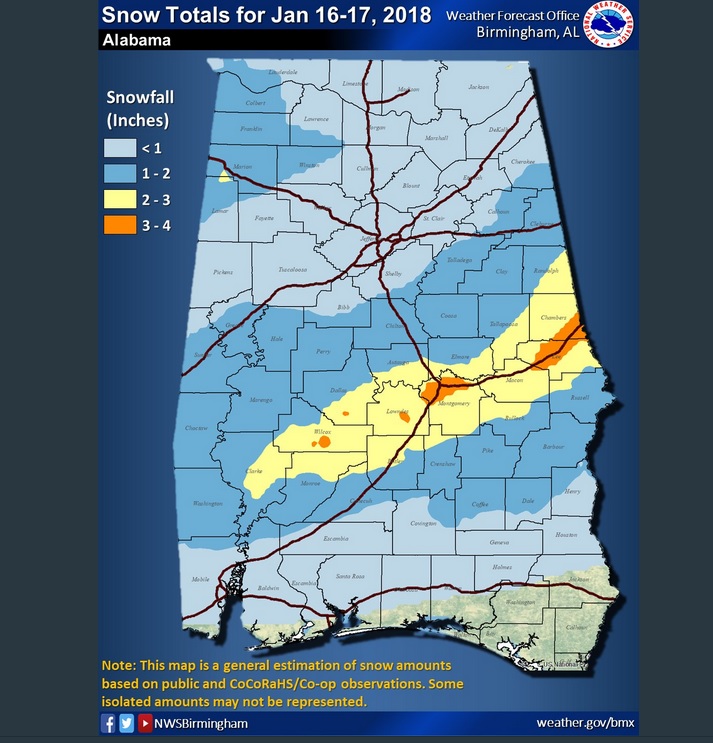 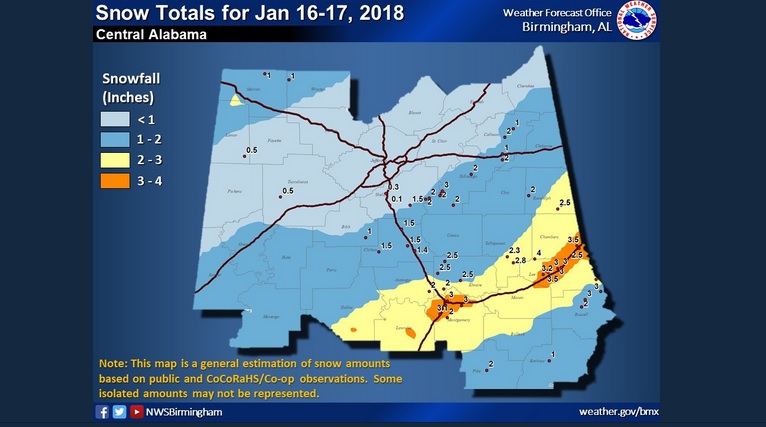 ON THIS DATE IN WEATHER HISTORY:

Enjoy the warmer temperatures. We deserve this Winter Reprieve.  It’s a good chance to get out of the house again. Have a nice weekend! 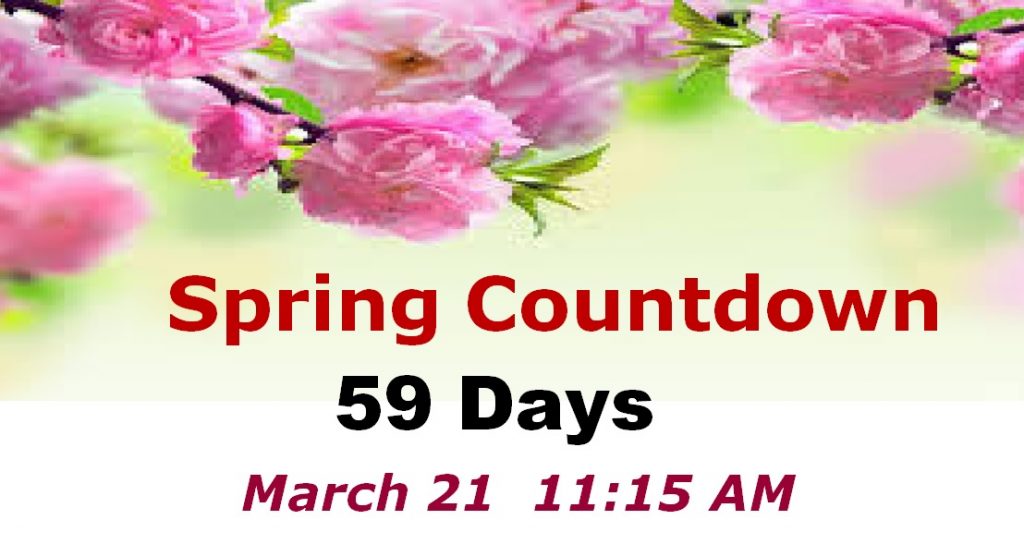