If you liked yesterday’s weather, you will love today.  Timing is everything.  To have two perfect days like this after a week of harsh winter weather, and for those two days to fall on the weekend…well, it just doesn’t get any better.  Some much needed rain drops are on the way.  Showers return tomorrow.  The Storm Prediction Center says a few storms could reach severe limits.  Details below.

TODAY:  A January day couldn’t be nicer than today.  Near perfection.  There will be a good bit of sunshine again…and temperatures will soar.  We’ll flirt with 70° before all is said and done.  High 68-71.  Clouds will begin to increase tonight, but our lows continue to moderate.  Low tonight 47.

MONDAY STORM SYSTEM – SEVERE RISK?:  The morning will be dry, but the risk of showers and storms will increase by Monday afternoon as a front approaches. 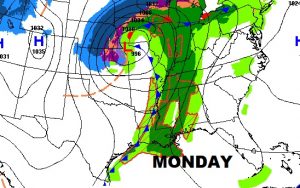 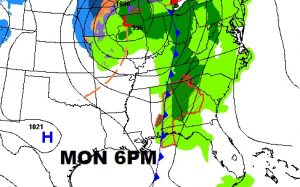 The Storm Prediction Center has most of central & south Alabama in a Marginal Severe Risk.  Monday afternoon & evening, a few storms could reach severe limits, in the warm, moist atmosphere ahead of the front.  Damaging wind gusts in some of the stronger storms are possible. 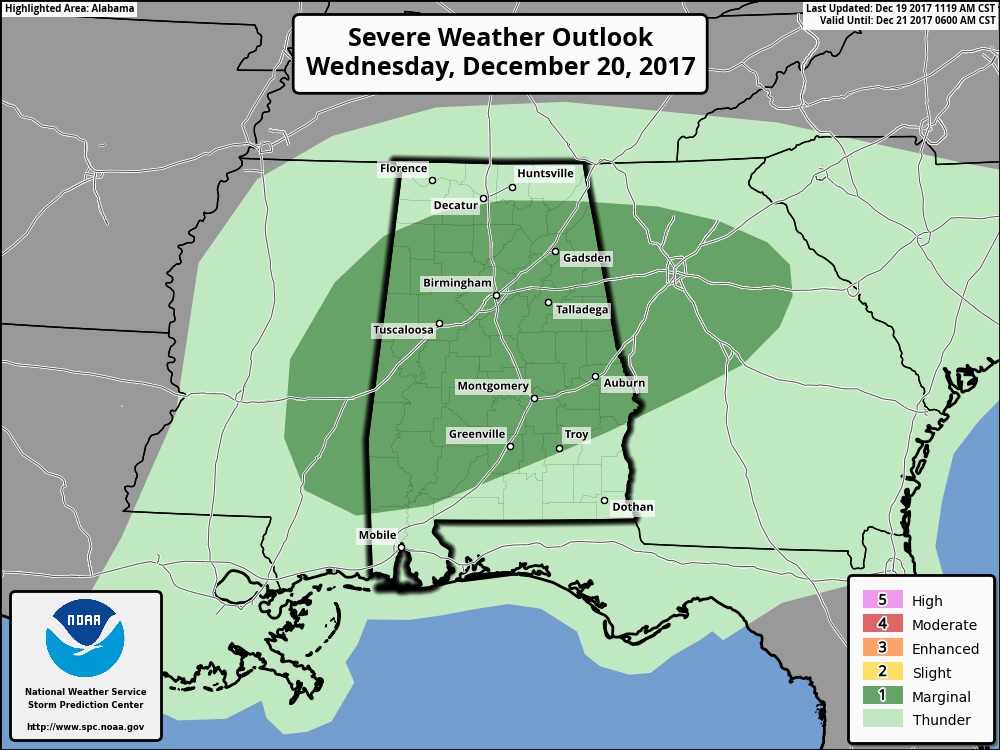 FUTURE RADAR gives you a flavor of storm coverage and timing during the afternoon and evening.  A few stronger storms are certainly possible, but rainfall totals are not expected to be heavy.  Amounts of maybe half an inch or more are possible.  Some towns will see lighter amounts.  We need every raindrop.  Most of us are in a moderate drought, and some spots in Alabama are in a severe drought. 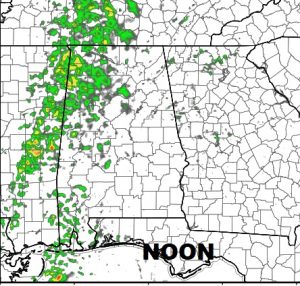 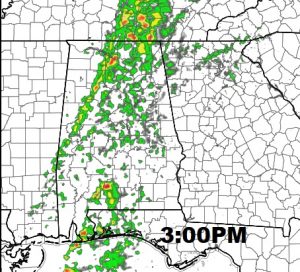 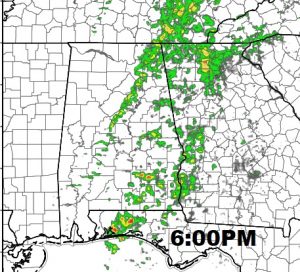 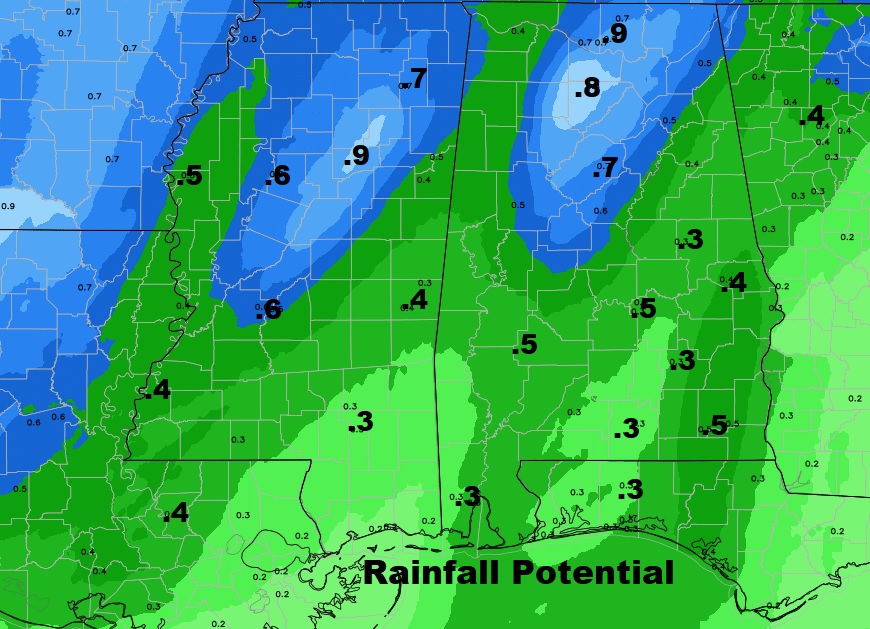 NEXT FEW DAYS:  After the Monday storm system, it will be a little cooler, but not much.  Much of the week ahead will be storm-free, with a good but of sun and relatively mild days.   There will be a couple of nights at or below freezing. 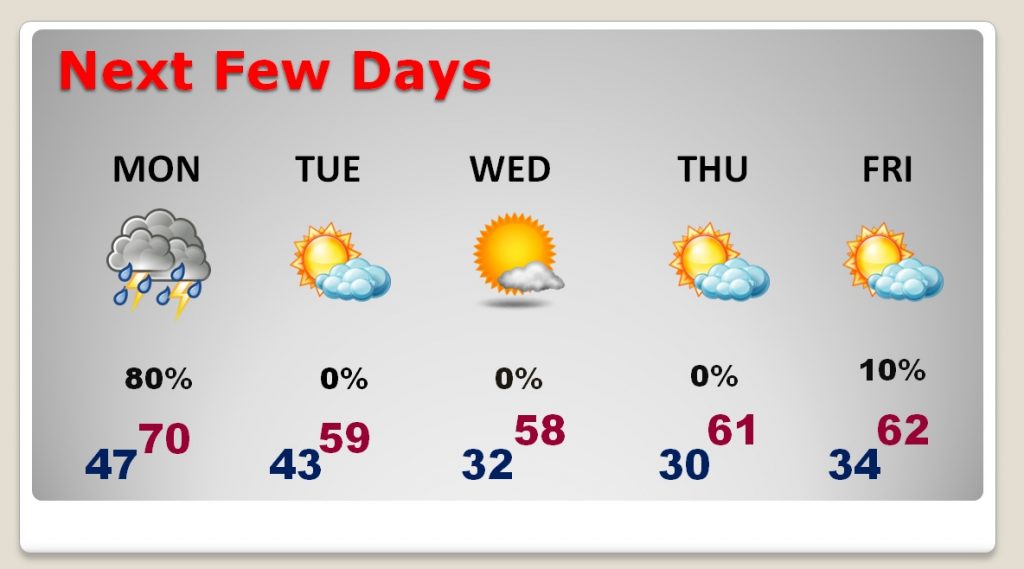 LOOKING AHEAD:  The next significant storm system will affect the state Saturday.  It’s too early to say if this system will produce severe storms. However, it looks pretty impressive. And,  there is a bit of a new wrinkle in the forecast. There will likely a be a “bump in the road” in our January Thaw for a couple of days as temperatures plunge, behind that next storm.  Think of it as just an “interruption” of the extended milder trend which will take us in through early February. 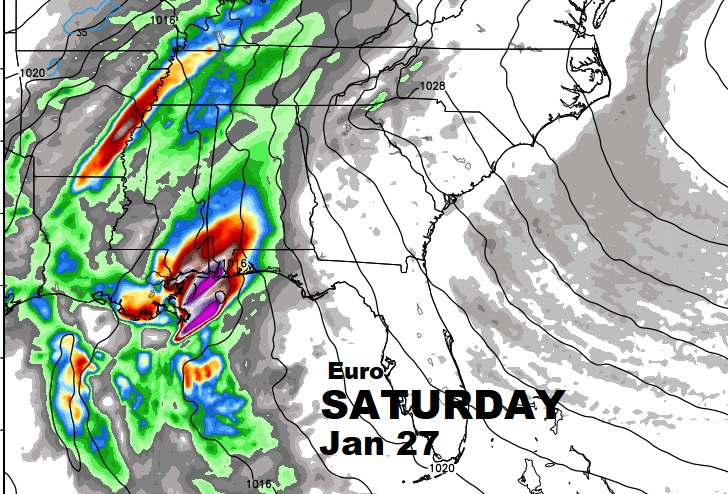 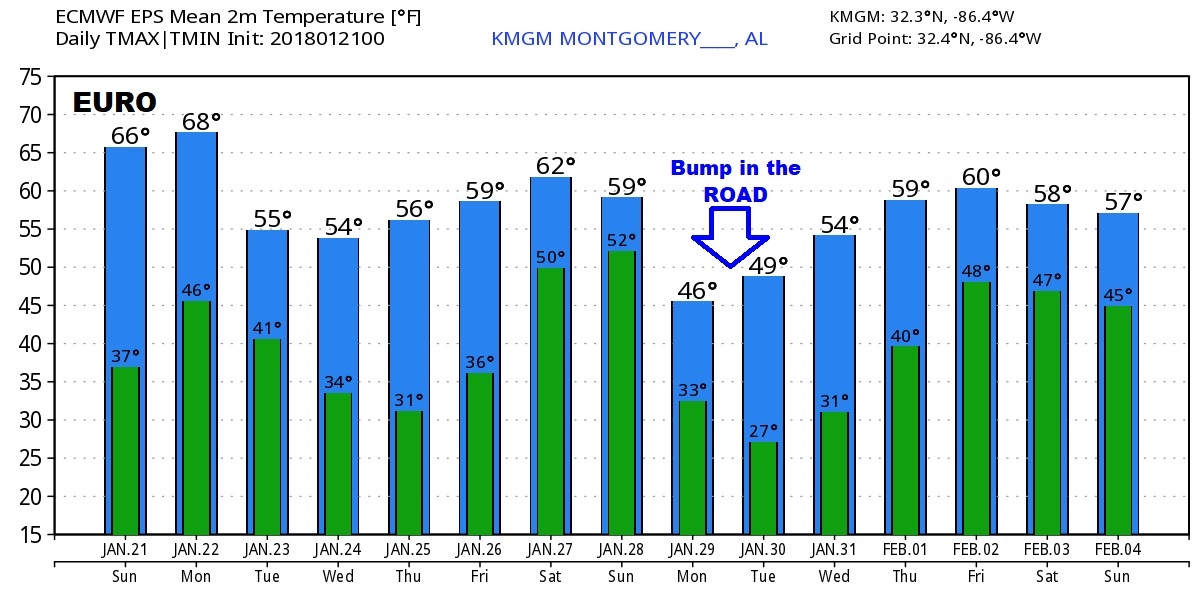 I hope you have a chance to get out and enjoy what will be a beautiful, remarkable day. I know a dog who will be getting more than one walk, including an extended walk in the Park!   Have a great Sunday!  I’ll have a complete video, first thing in the morning at 4:45. 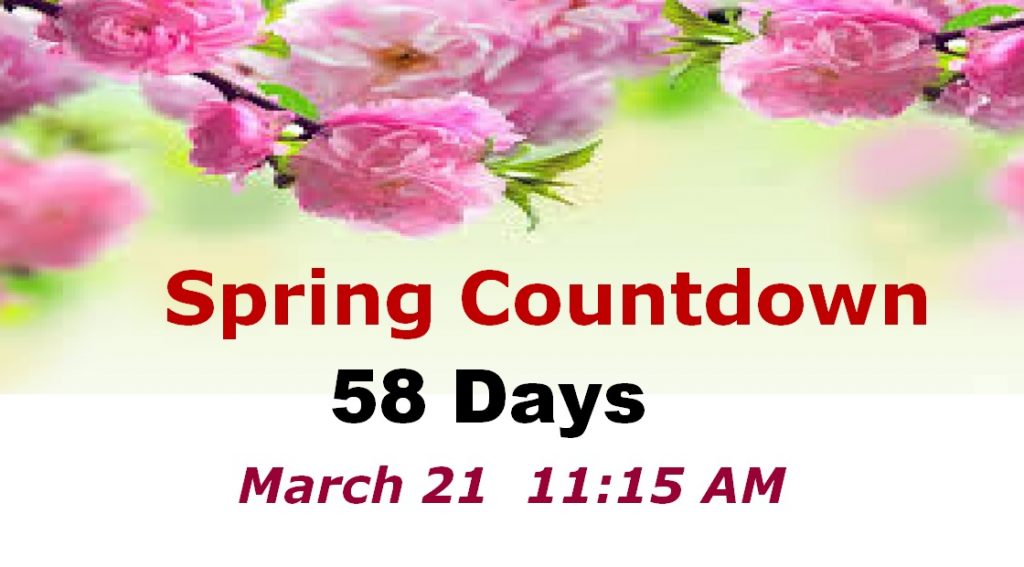