Good Morning!  Today will be mostly a quiet, spring-like day in February.  But, changes are on the way soon as a storm system approaches.  In fact, it looks like we will be in very active pattern in the next 10 days as a series of storm systems move across the Gulf states.  I’ll update you on the time line, how much rain to expect, and can we expect any severe weather.  The total rainfall in the next 7 days  could be significant.  That will help out our drought situation.  I have all the details for you on your Tuesday morning personal weather briefing.

While much of the day should be relatively quite, and very spring-like for February, with only a small chance of rain, shower chances will increase this evening and especially overnight tonight. 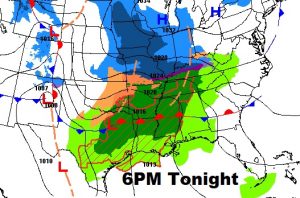 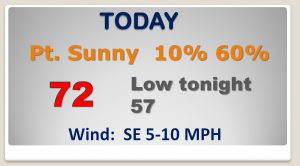 Showers and thunderstorms, along a cold front will march through the state on Wednesday.  Although storms are expected to remain below severe limits, a few storms could feature some gusty winds and very heavy downpours. 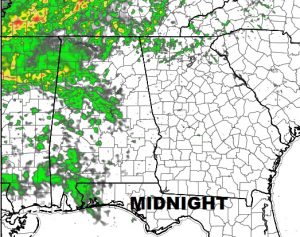 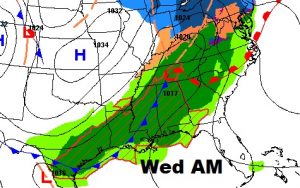 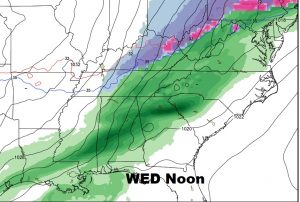 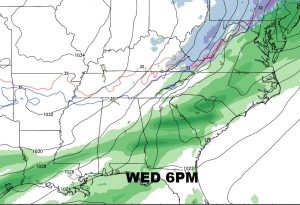 While rainfall amounts with this first storm system could be under 1″, heavier 1.5″ totals are possible in central Alabama and maybe 2″ or more across north central and north Alabama. 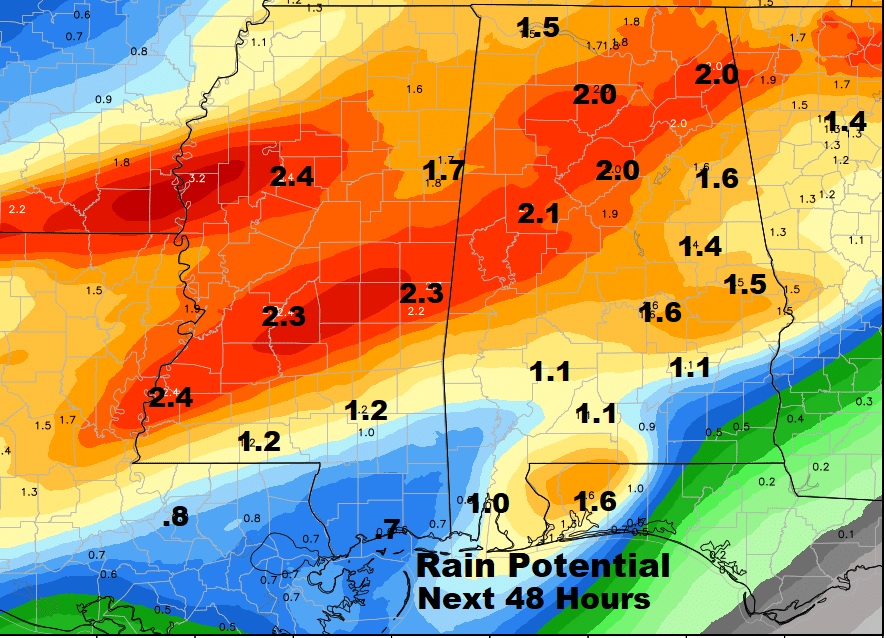 Thursday will be a quiet day in between storm systems, but rain chances begin to increase again by Friday evening and through the weekend as a series of disturbances moves through the Gulf States. 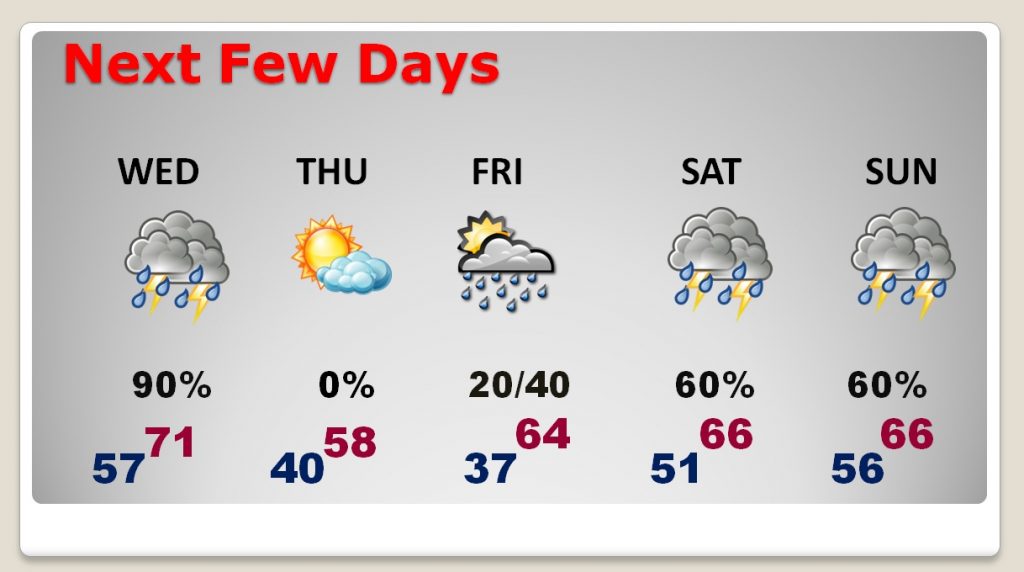 Total rainfall amounts in the next 7 days could be rather significant, perhaps 2-3 inches in south Alabama and maybe 3-4 inches across central and north Alabama.  This is good news in a drought. 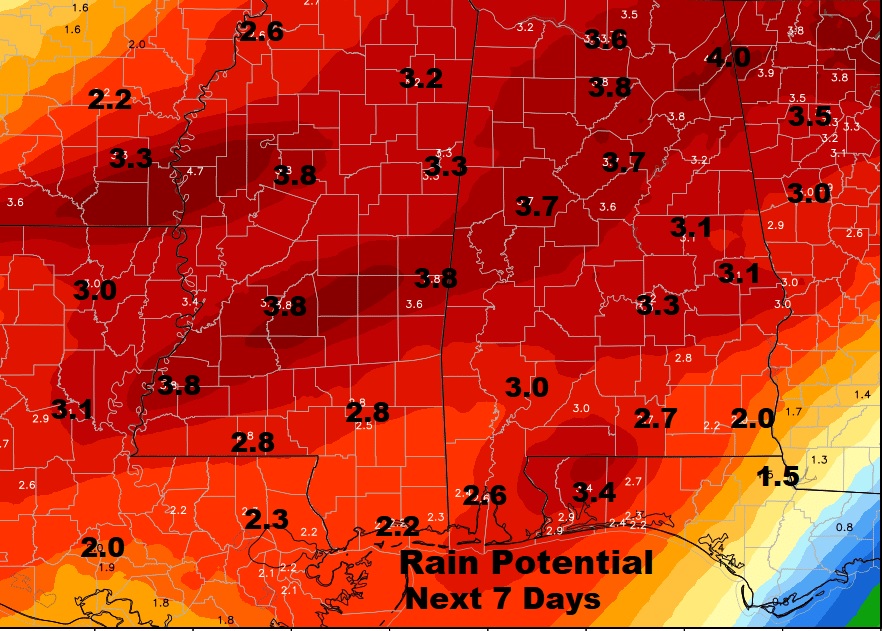 The Euro Global model show a very wet & active 10 days ahead.   And no signs of any harsh arctic air intrusions. 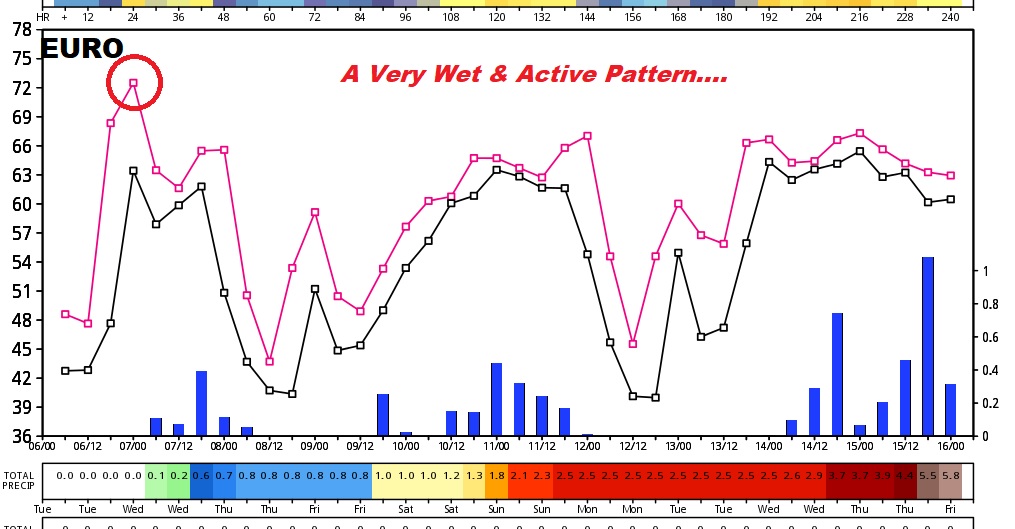 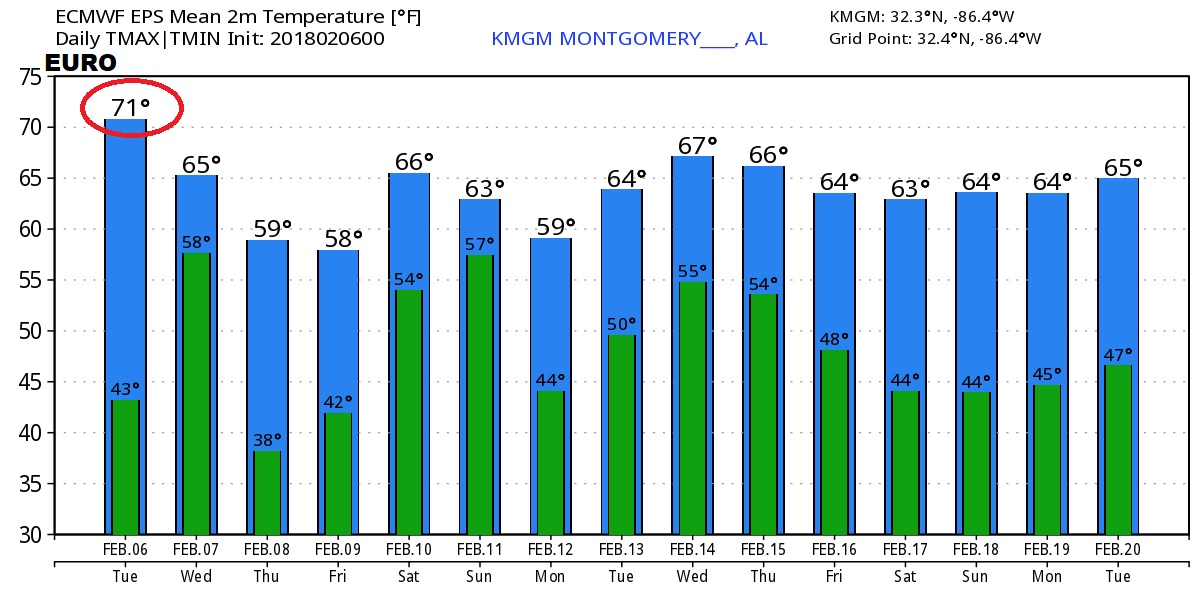