…Few Strong to Severe storms Possible…  Very active weather day ahead, as a cold frontal system marches across the state.  There could be some damaging wind gusts in a few of the stronger cells.  A brief tornado is not out of the question. Future Radar will give you an idea when the line of storms may be affecting your town . Plus, there are more storm systems right around the corner, and into early next week.  I’ll show you some rather impressive potential rainfall totals.

Future radar shows the line of stronger storms sliding south into the I-85 corridor around 10AM and south to Troy by about 11:30AM. 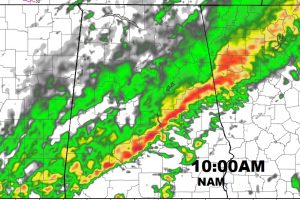 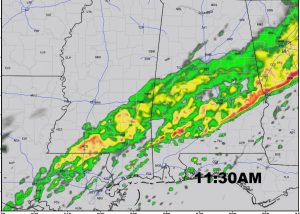 The Cold front itself moves into central Alabama about Noon.  Temperatures in the 60’s in the morning will fall to the 50’s this afternoon. 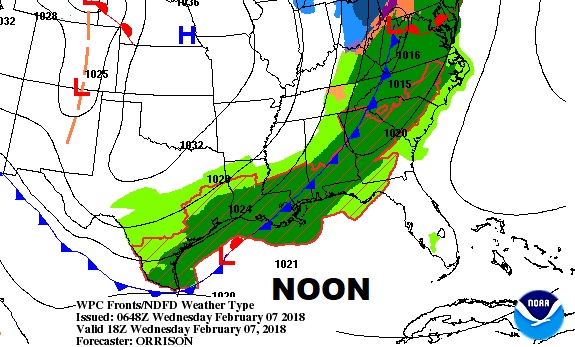 Storm Prediction Center has all of central Alabama under a Marginal Severe Risk.  Main threat damaging wind gusts, but a few spin up tornadoes can’t be ruled out. 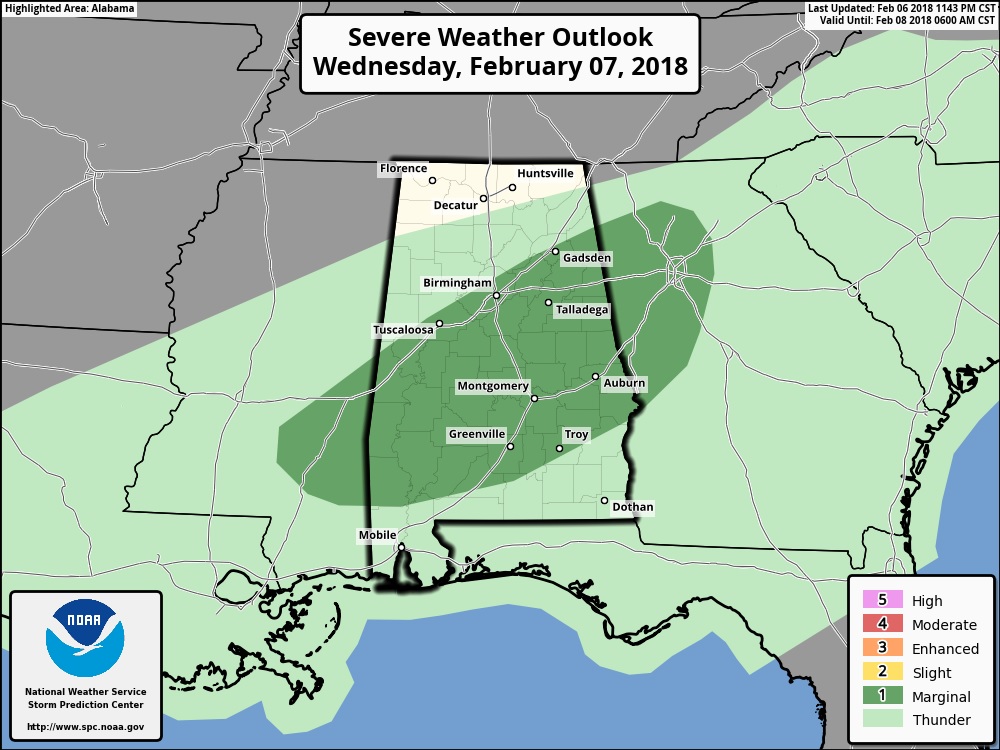 We get a little break in the action Thursday before the next storm system(s) affect us over the weekend. 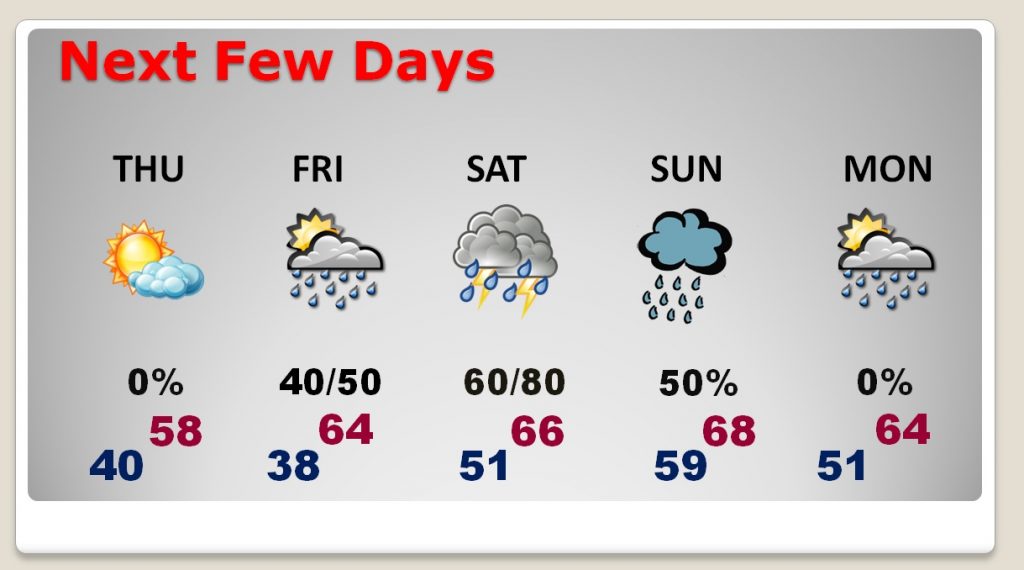 Rainfall amounts could be rather significant over the next 5-6 days. 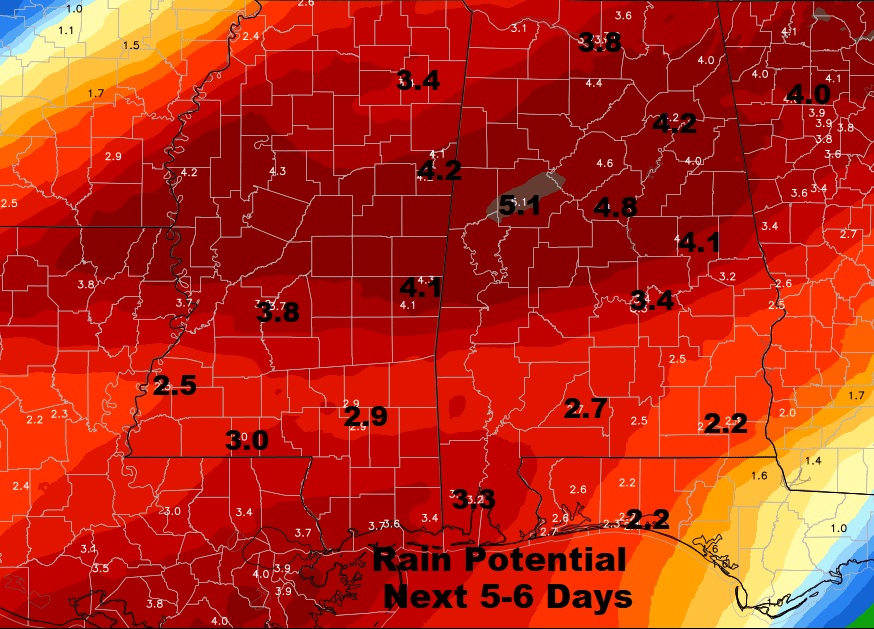 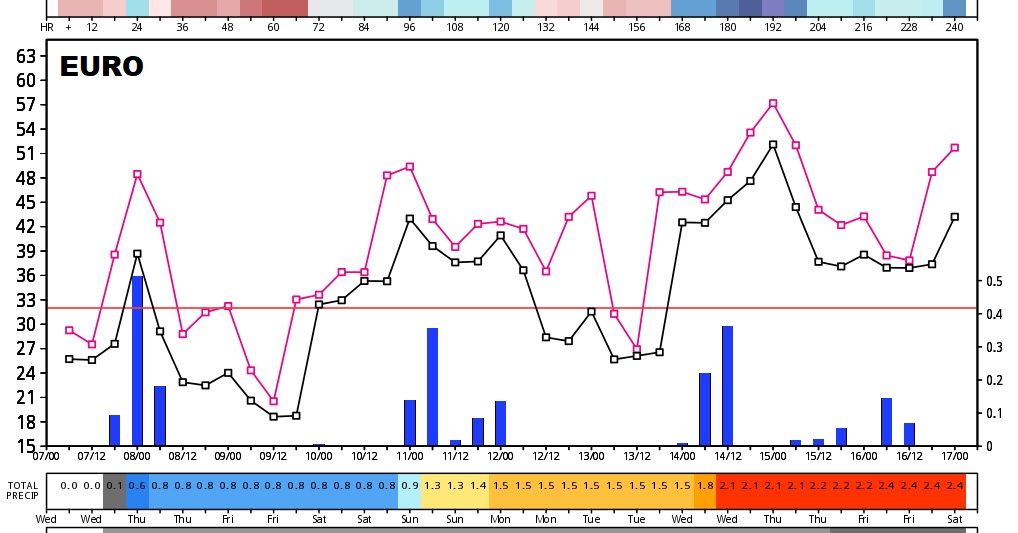 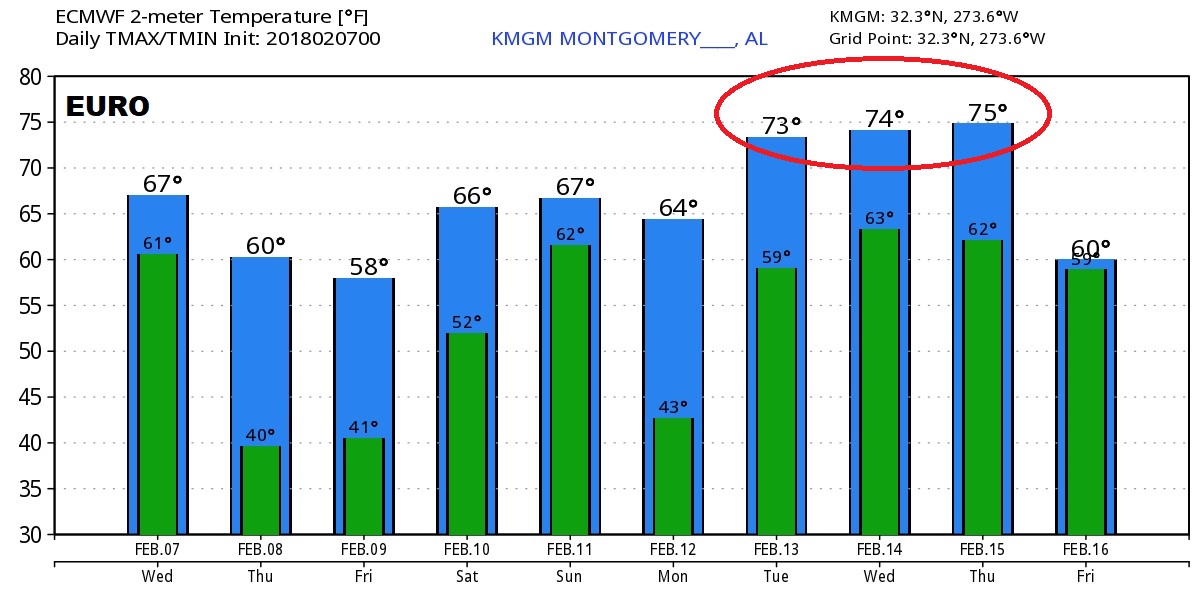 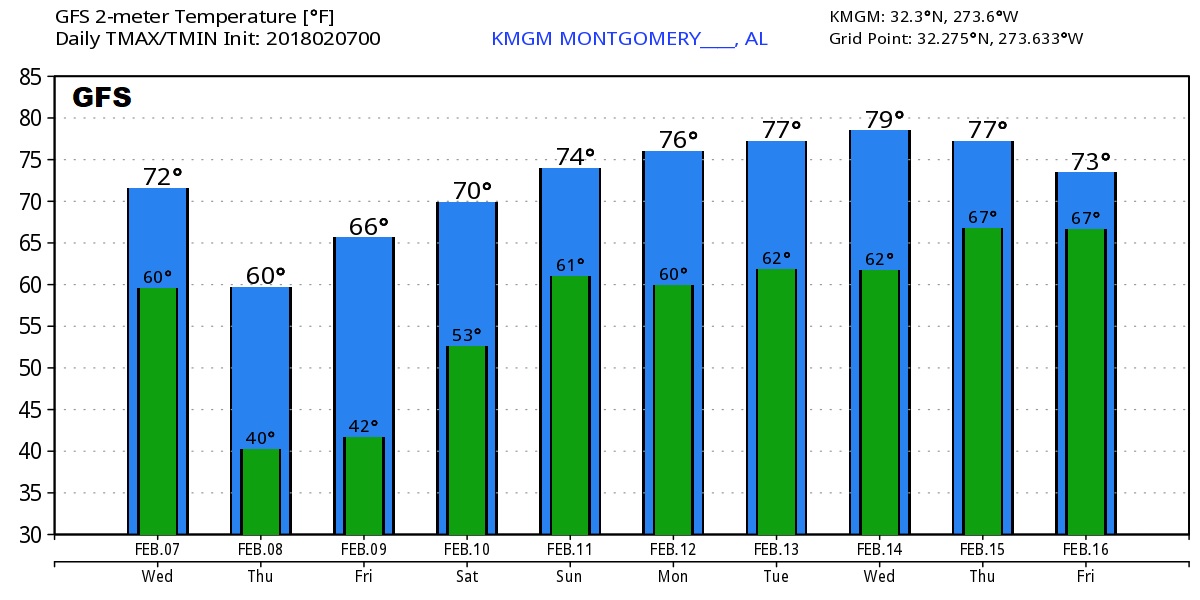