If you liked yesterday, you will love today.  You couldn’t write a better script for the first weekend in March.  Enjoy it while you can.  Weather changes are on the way.  A storm system, Monday night/Tuesday morning, will bring in a round of showers and storms, followed by sharply colder air later in the week, and possibly a late season freeze before this week is over.

STORM SYSTEM APPROACHES:    Much of Monday will be mostly cloudy, & mild.  (The NAM model depicts a few light showers in the morning with a warm front.  I’ll put in a 20% chance. )  The bulk of the showers and storms will move through after Midnight Monday night through Tuesday morning. 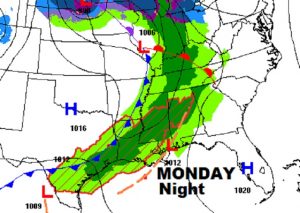 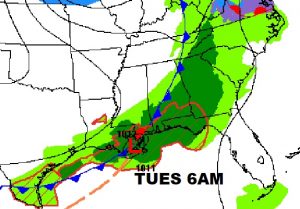 Right now, it appears the best threat for any potential severe storms will stay west of Alabama with a Marginal Risk.  We will see if the Storm Prediction Center expands the threat area in their new outlook late tonight. 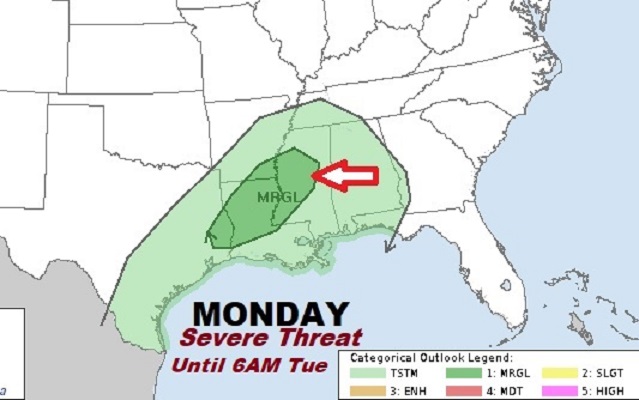 Much of south central Alabama could see anywhere from .8 to near 1” of rain, with some heavier amounts perhaps, in the Wiregrass counties. 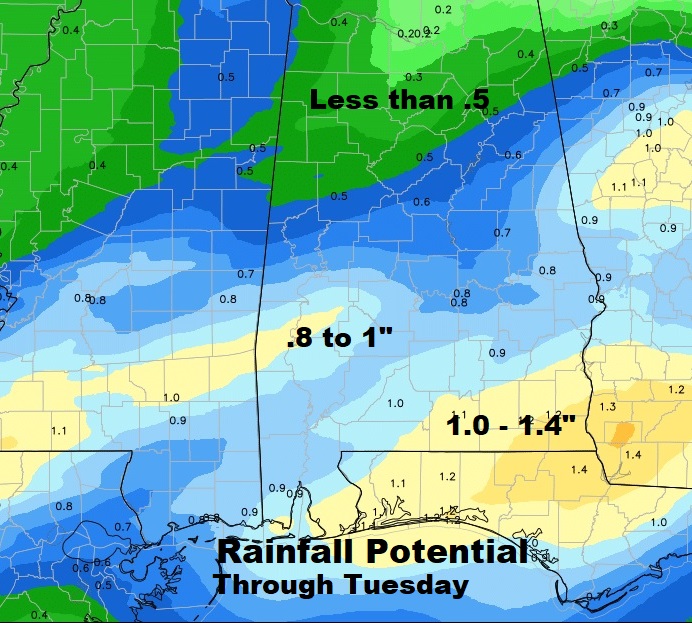 NEXT FEW DAYS:  Following the storm system Tuesday morning, temperatures will turn cooler, then sharply colder by mid to late week.  We will be in the low 30’s Thursday and Friday morning, with Thursday’s high barely in the mid 50’s.  This is the coldest air in many weeks. 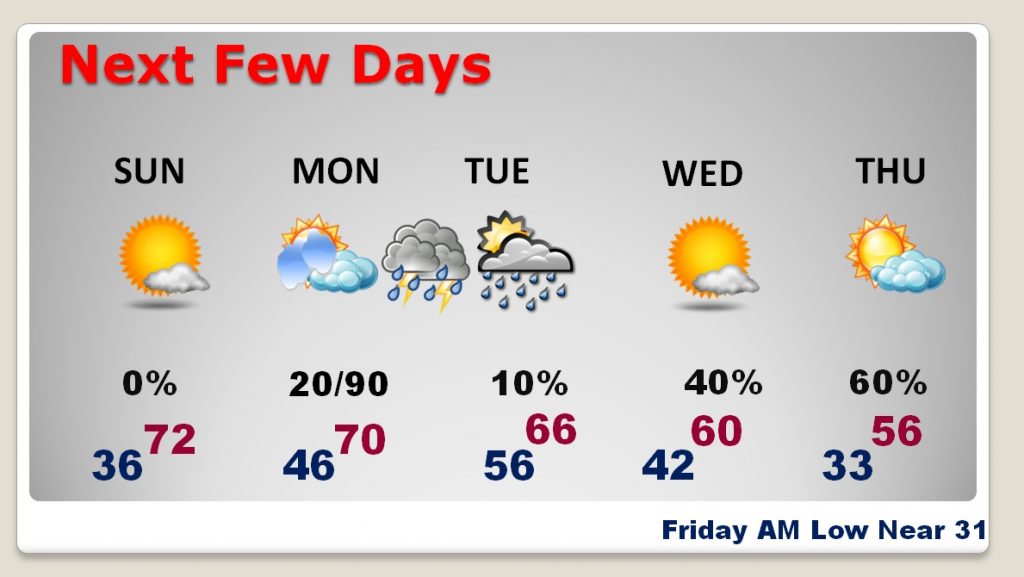 POTENTIAL LATE WEEK FREEZE:  Attention Alabama growers – as we have been telling you, a frost and/or freeze is possible by Thursday and, perhaps, more likely Friday morning.  It’ll be a light freeze.  The average date of the last freeze in Montgomery is March 8th.  The latest freeze ever was April 13, 1940.  Last year we had our final freeze on March 16th with 28.   Here’s a peek at the GFS model potential lows on Friday morning. 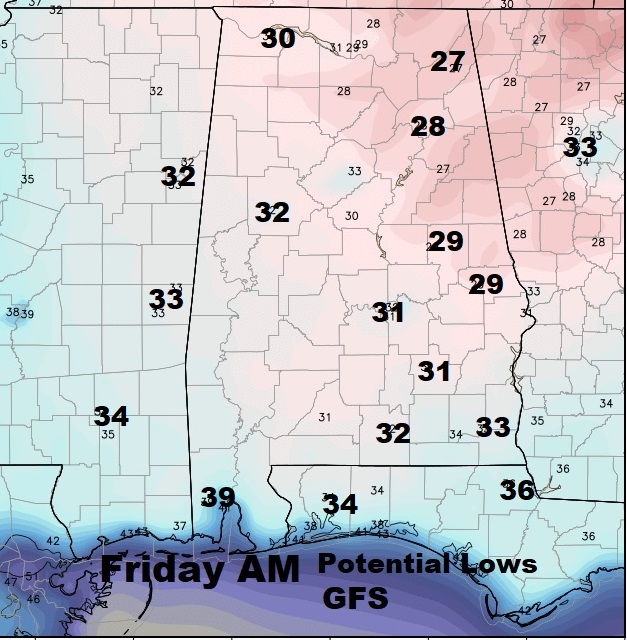 WEEKEND STORM SYSTEM?:  Looks like the next storm system, next weekend, Saturday & Sunday March 10/11, will be a “soaker”.   Details are still emerging.  Will it be a severe weather producer?  Too early to say at this point.  It appears the most drenching rains will be closer to the coast.

I hope you enjoy what should be a great Sunday!  I’ll have a  complete video will be Monday morning at 4:45AM.