Good Morning!  Some very chilly air for March will dominate the forecast next couple of days, including a couple of Cold nights when we will be at or close to freezing.  I’ve tweaked the numbers down a bit.  On this video, we’ll also look ahead.  A weekend storm system threatened to bring another round of showers & storms.  Will they be strong or severe?  We’ll look at how much rain will fall.  And, guess what?  Another shot of very chilly air is on next week’s menu.  I’ll run it all down for you on your Wednesday morning personal weather briefing.

Brisk winds, around that Nor’easter in the northeast will funnel some very chilly air into Alabama on gusty NW wind today. 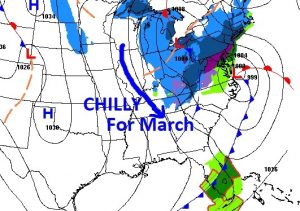 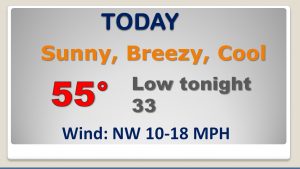 Very cool days and cold nights, then warming by the weekend as the storm system gets closer, then colder again behind that storm system. 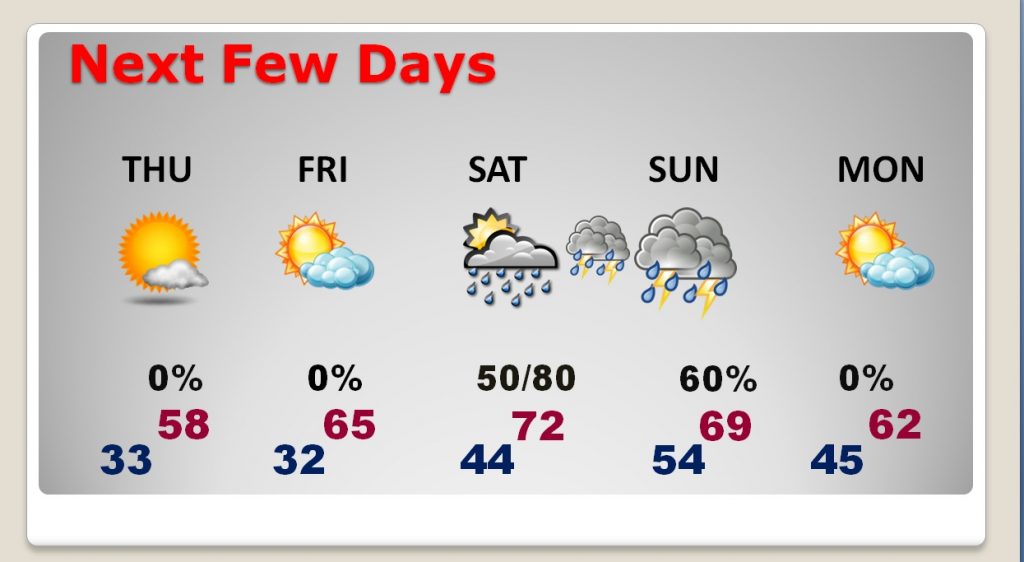 Coldest morning will be Friday morning.  Lows near or a little below freezing.  Freeze Watch in effect. 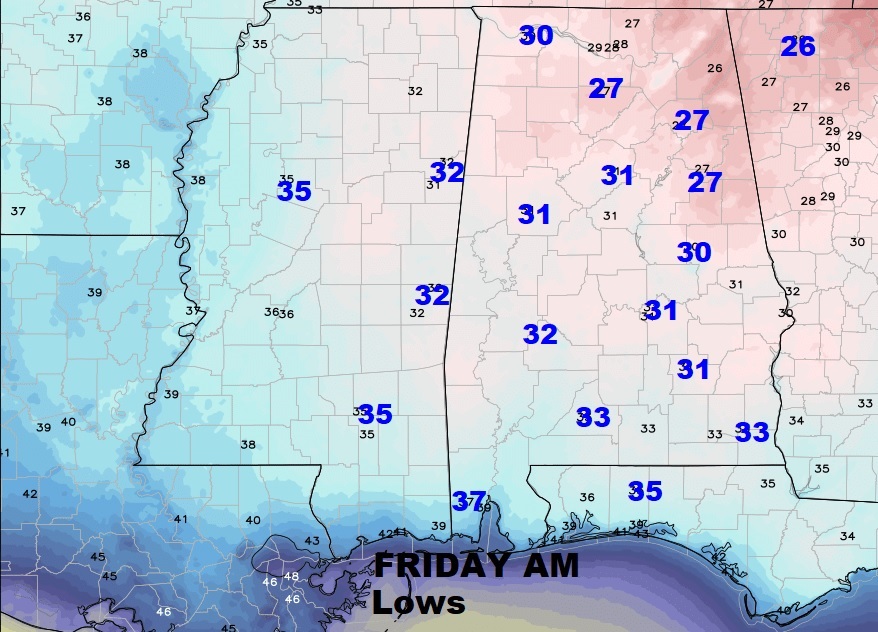 Weekend storm system looks pretty impressive especially late Saturday night into Sunday.  the jury is still out on whether we will see any severe storms. 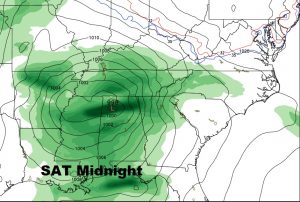 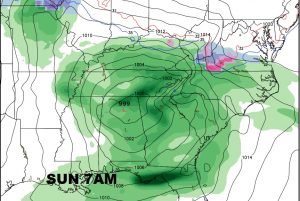 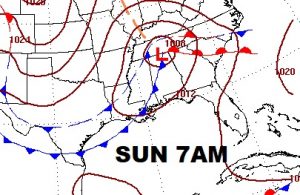 The Euro model prints out some decent rainfall totals with this weekend storm system. 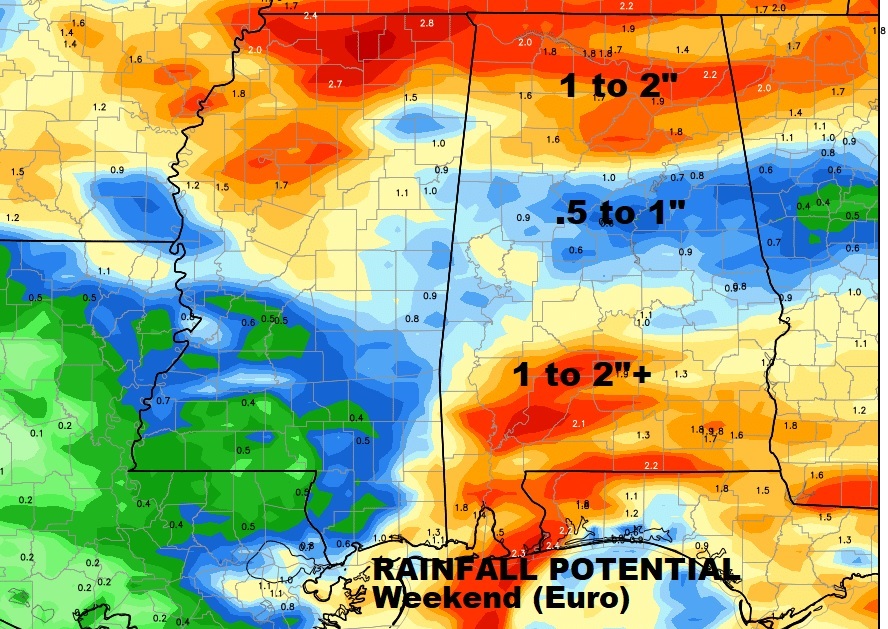 The Global model guidance shows a couple of chilly days and cold nights, followed by a weekend warm-up at the storm system approaches, followed by another shot of very chilly air for March through the early and middle of next week.  Then warming after mid month. 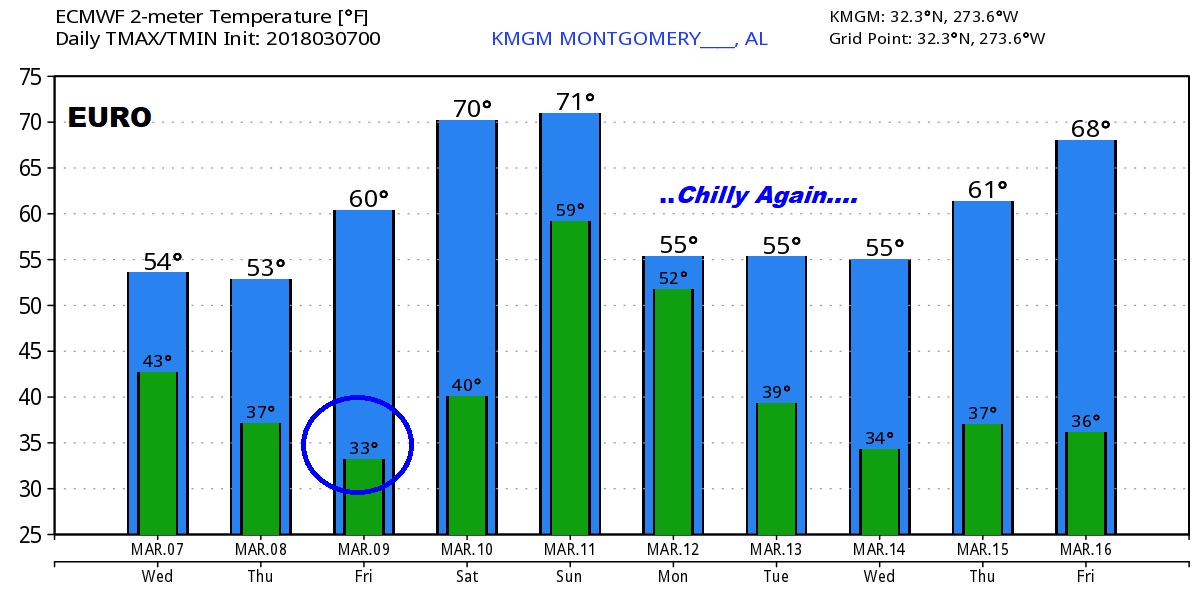 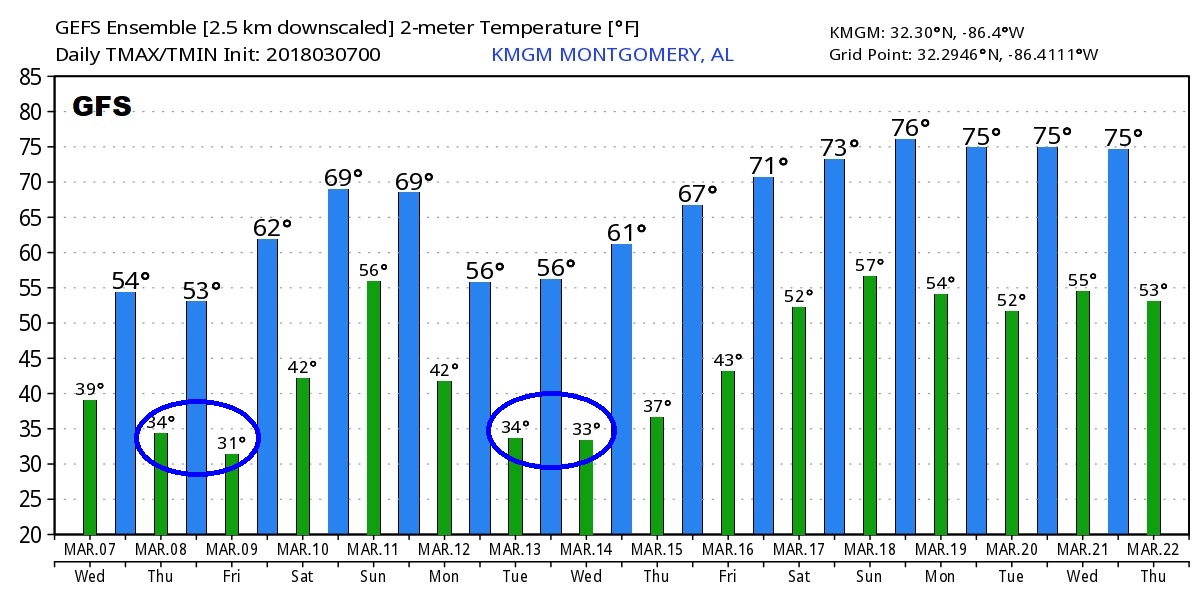