It was busy overnight with strong storms.  And the threat for strong/severe storm continue this morning, especially in south Alabama.  The best news is we will get a several hour lull in the rain threat through the mid-day and part of the afternoon, before the next round of showers.  The big news is, much cooler will funnel in again.  Jackets will be needed later, and we are head for the mid 30’s by morning.  FREEZE WARNING has been issued for parts of central Alabama, as far south as Chilton and Tallapoosa counties. 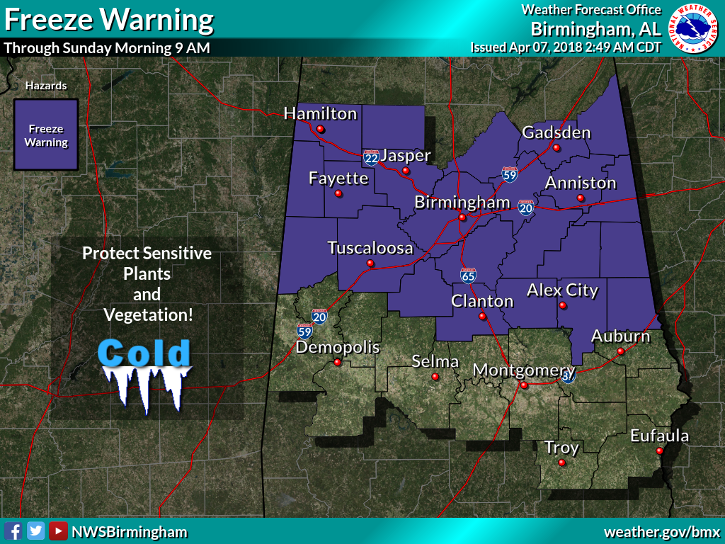 TODAY:   Showers and thunderstorms will be most prominent in the morning hours.  By mid day, many of us will get a lull which will last for a good part of the afternoon.  Another round of showers are a good bet by late afternoon into the evening.  Cooler today, with a high near 64.  Skies will clear by late tonight.  Turning much colder.  Low 36.  Winds will also be a factor,  15-25 mph later this afternoon, gusting as high as 35 mph.   A wind advisory is in effect.

FREEZE WARNING has been issued for parts of central Alabama, as far south as Chilton and Tallapoosa counties. 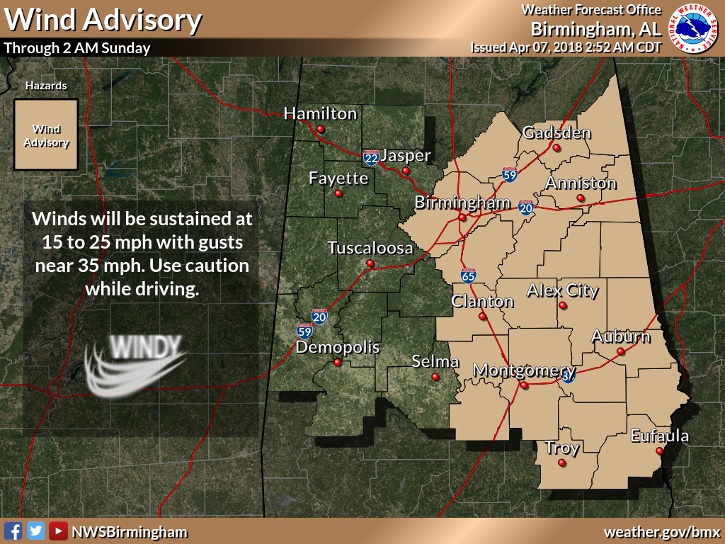 FUTURE RADAR: The next round of showers that moves in later this afternoon and this evening will be along the leading edge of cooler air. It will become quite windy with the arrival of the cold front, especially between 1PM and 2AM. Clearing and much colder late tonight with lows in the mid 30’s. 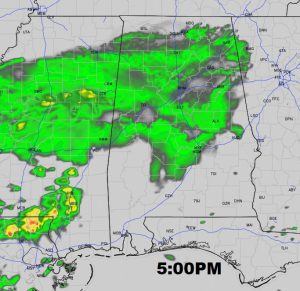 The best chance for severe storms during the day Saturday will be in extreme SE Alabama and parts of Georgia and Florida.

NEXT FEW DAYS:   It will be a very cold Sunday morning with low in the mid 30’s.  Cool sunshine during the day Sunday, and breezy, too, with a high in the upper 60’s.  Few showers are possible overnight Sunday night into Monday, Monday night and perhaps Tuesday.  Warmer by mid week. 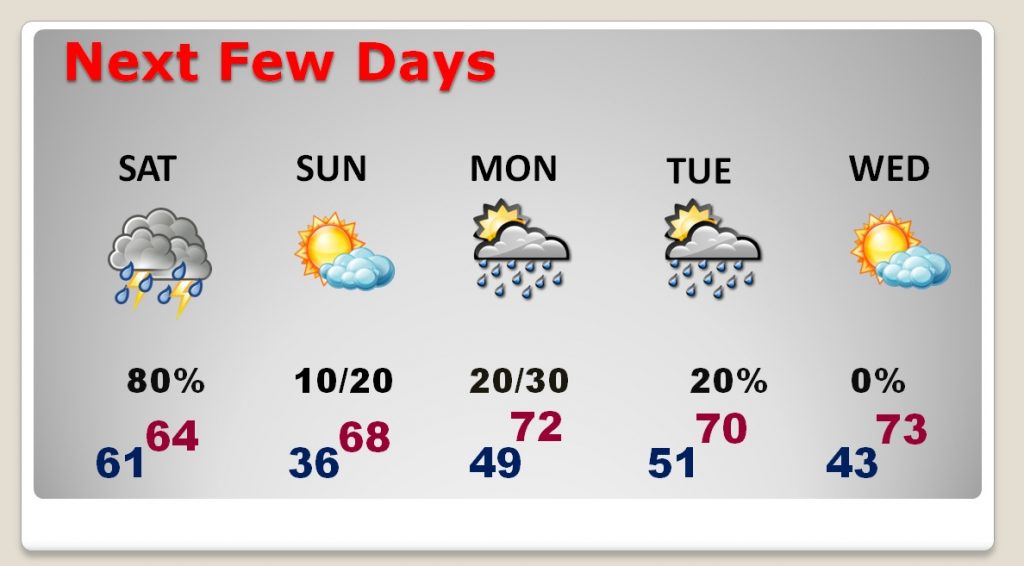 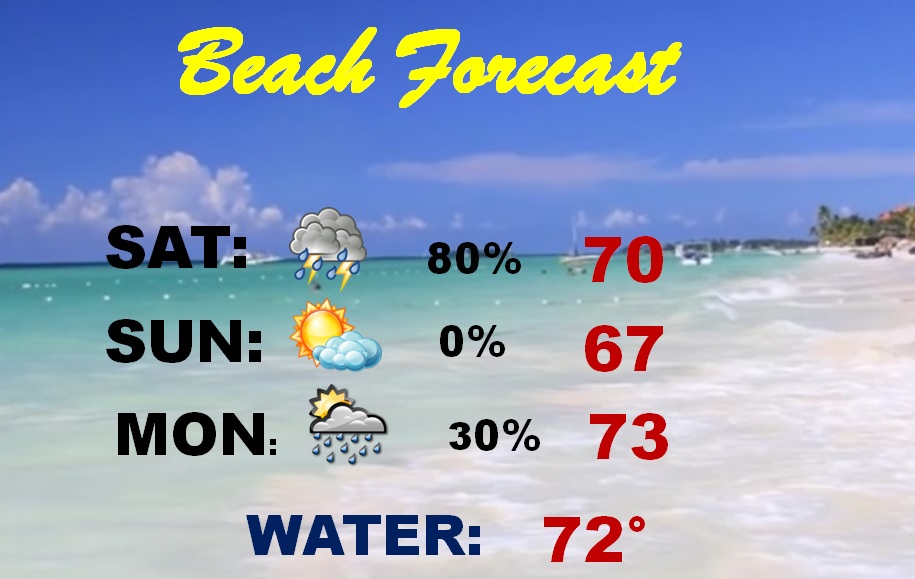 Be sure to protect sensitive plants tonight.  We are in for another late season cold snap.  Mid 30’s by Dawn Sunday. 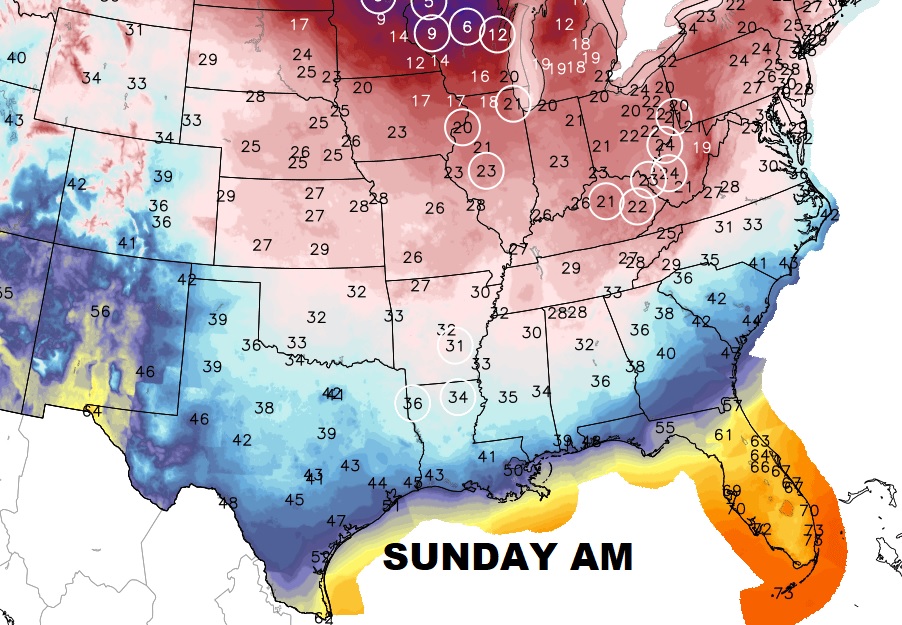 Have a  nice weekend. I’ll be the Emcee at the Maxwell Centennial Bash today at Riverfront Park from 2:00 to 5:00PM.  The City of Montgomery is sponsoring this very celebration, celebrating the 100th anniversary of Maxwell AFB in Montgomery.  I hope to see you there.   I’ll have another blog update for you in the morning.