Tornado Watch continues in effect for  much of western and part of central Alabama, as far east as Autauga, Lowndes and Dallas counties until 7PM.  Damaging winds up to 6o+ mph possible, with  a few tornadoes. 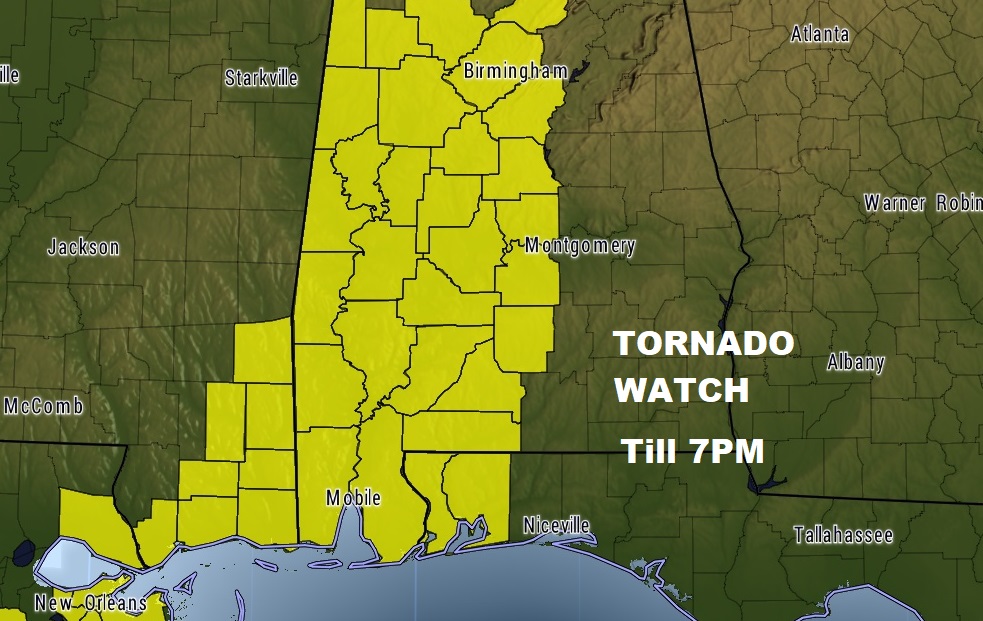 FUTURE RADAR:  The eastward progression of the line of strong/severe storms will take several hours.  Just to give you an idea of how long this severe weather window could last, here’s a Future Radar snapshot at 10PM tonight, and Midnight tonight as the line begins to weaken moving into eastern Alabama. 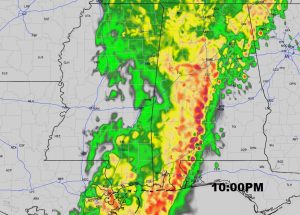 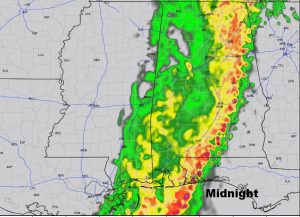 I like what NWS Birmingham has done on this updated graphic. The Enhanced Risk area has shrunk to a smaller area covering Clanton, Selma, just west of Montgomery, and a faster eastward timetable by about 2 hours.. 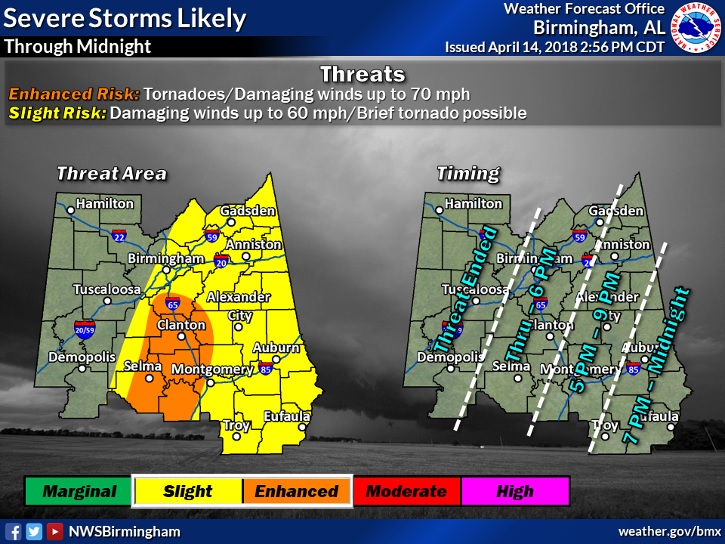 For those of you from Crenshaw and Butler county southward to the coast, here’s the latest graphic from NWS in Mobile showing time line and threat level. 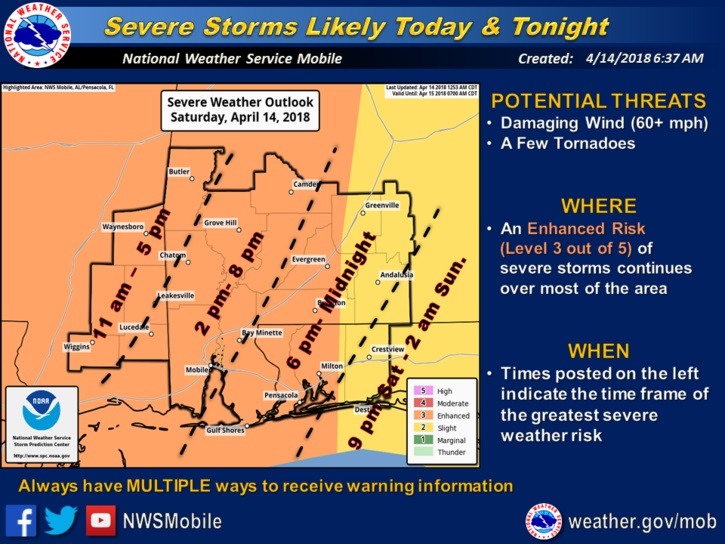 Here is the  video update I did before dawn this morning.

Some soaking rains are possible as this slow moving area of showers and thunderstorms crosses the state. 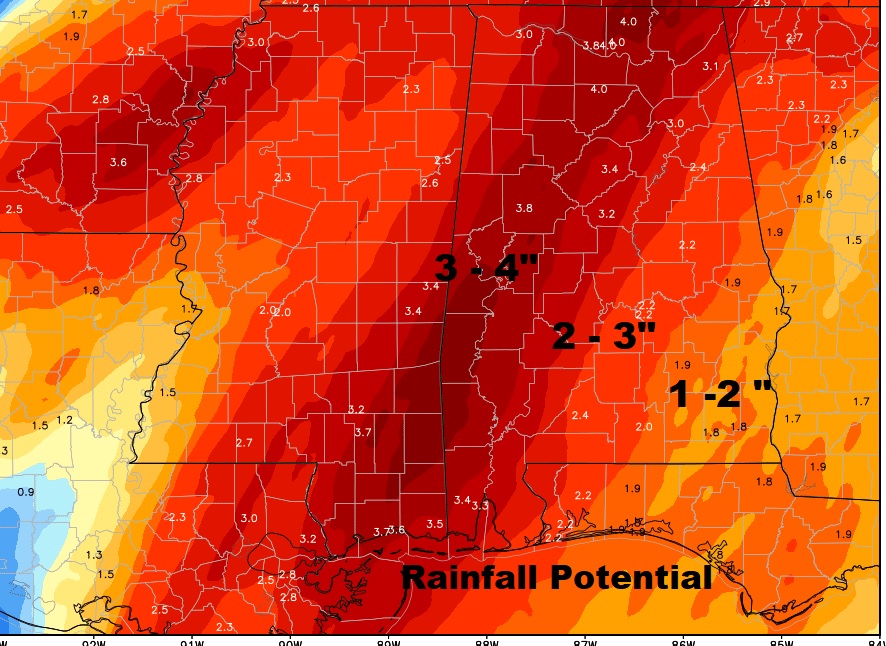 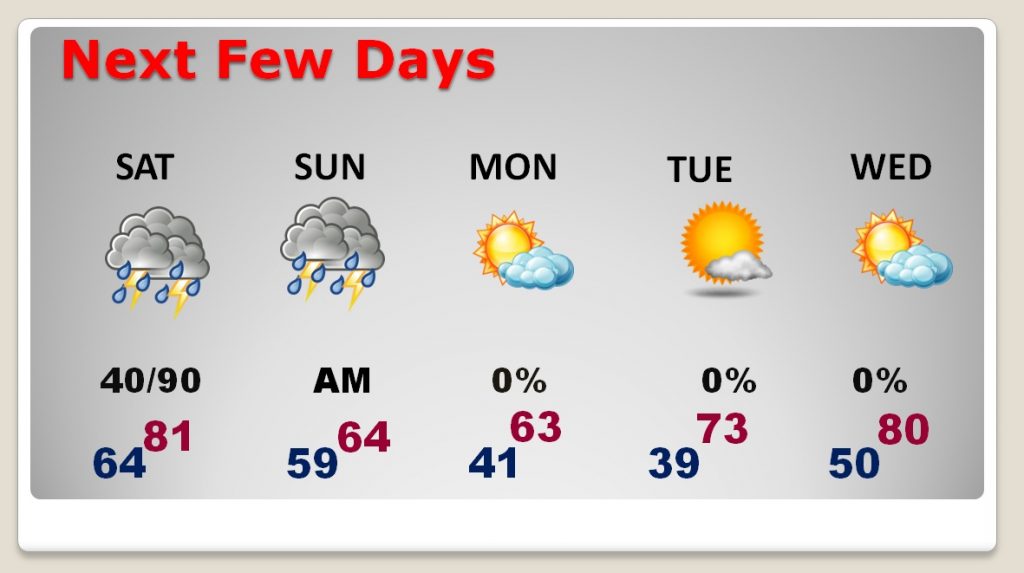