Good Morning!    Better than normal rain chances are locked in next few days and many folks are happy to hear that.  On this video, I’ll dissect the details of the week ahead.  A lot of it has to do the tropics as we our attention turns to the Caribbean and then the Gulf.  Will low pressure develop?  What track will it take?  Will it become a Depression or a named storm?   The models don’t agree on the details.  We’ll take a close look.  It could have a big impact on the Memorial Day Holiday weekend forecast.

The atmosphere is primed for a better than normal chance of showers & storms.  Still random but in ample supply. 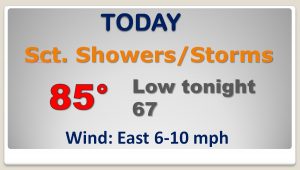 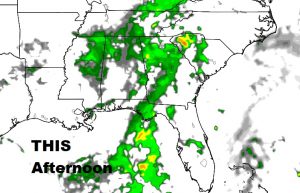 Better than normal rain chances will continue.  Storms may thin out a bit Thursday & Friday.  But showers/storms become rather numerous over the Memorial Day Weekend. 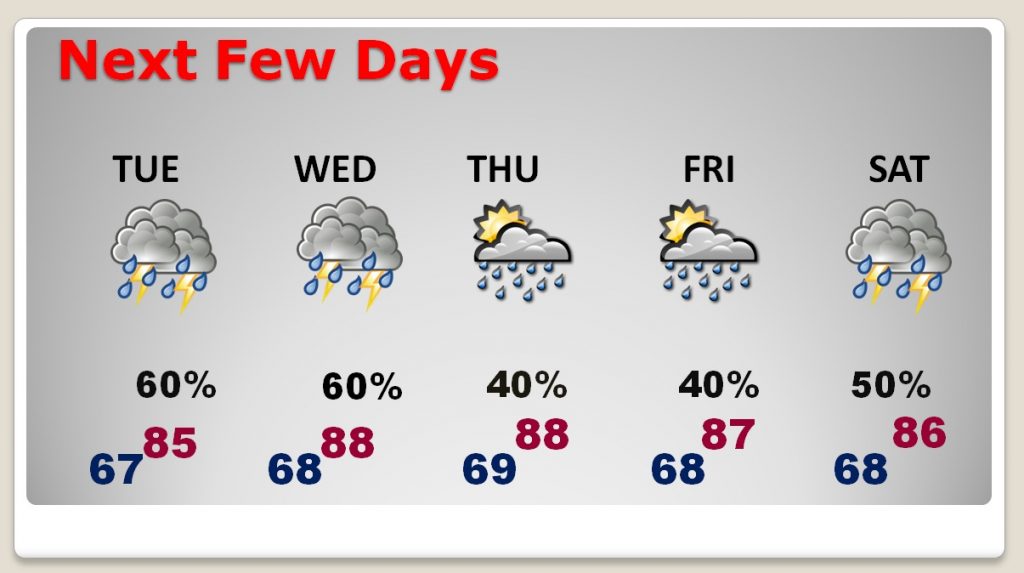 The Global Models disagree on the fate of potential Low pressure in the Gulf over the Holiday weekend.  The GFS is weakest and fartherest east.  The Euro shows tropical Low pressure south of Louisiana on Saturday.  Many questions remain. 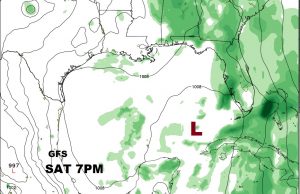 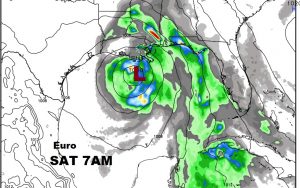 The Euro model gives a 50-60% of a Tropical Depression forming off the central Gulf Coast by the weekend, and up to a 20% chance of a named Tropical Storm. 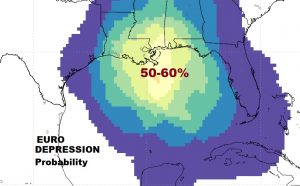 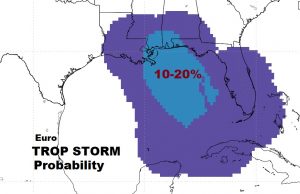 Conservative rainfall estimates next 7 days range from 1-2″ in the west to 4″ in the Wiregrass. 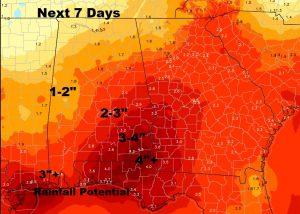 The Euro model shows the potential for much heavier rainfall amounts in South Alabama, next 7 days. 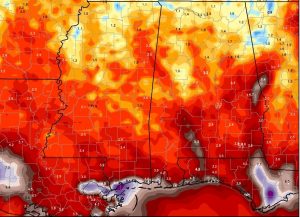