Look for the number of those random showers & storms to increase today and tomorrow, particularly.  But, in general, the better than normal chances will be around for several days.  And, then there is that Tropical question mark for the Memorial Day Holiday Weekend.  Will low pressure develop in the Gulf?  Probably.  Will it develop into depression or storm?   Where will it be?  How will affect the important weekend forecast.  There are a lot of question marks.  We’ll discuss the possibilities below.

TODAY:  Like yesterday, there will be a sun & cloud mix.  High near 90°.  Showers and storms will pop up here and there.  But, the difference is, today, the number of storms around will be a lot greater than yesterday, particularly in the late afternoon & evening.  Low tonight 69.

FUTURE RADAR:  Yesterday showers were few and far between.  Routine, 30% coverage. The atmosphere today is much more primed for showers and storms later today and in through the evening tonight.  It’s complicated, but rain chances appear to be best by late afternoon into tonight.  As you look at Future Radar, don’t look at where the showers are, but instead, look at the increased coverage.  Tomorrow will be similar. 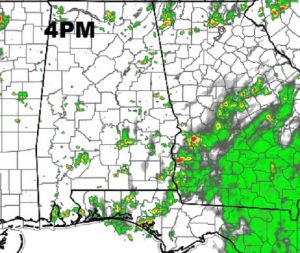 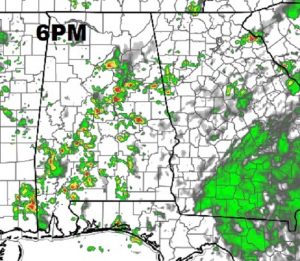 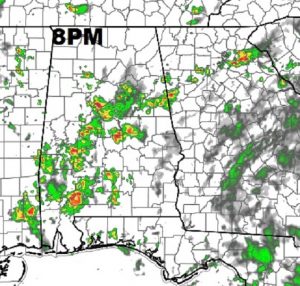 NEXT FEW DAYS:  The atmosphere will remained “disturbed”, with better than normal probability of daily showers.  Showers will still be random in nature, but decent coverage each day.  This pattern will likely still be quite disturbed over the Memorial Day Weekend. 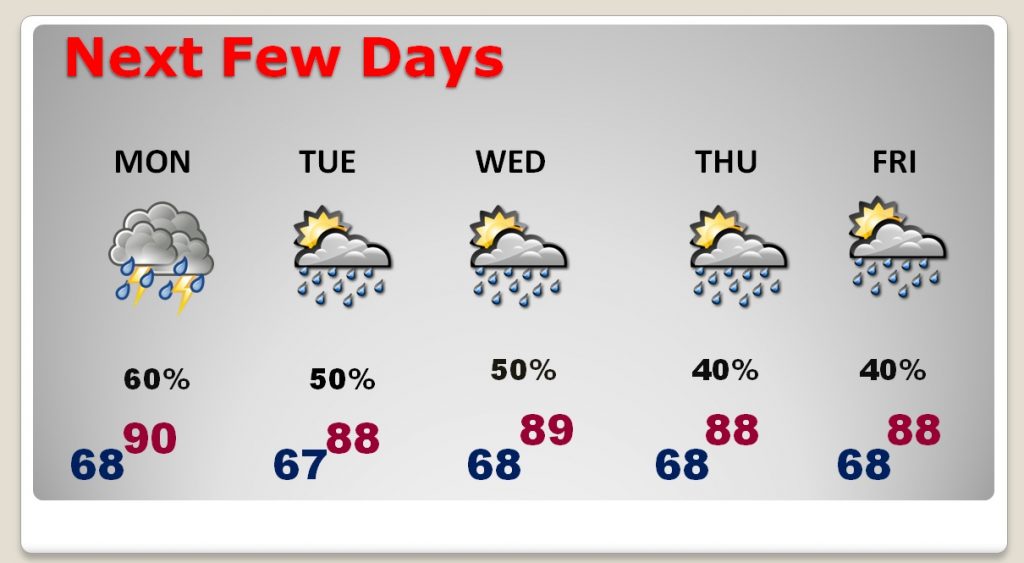 GULF LOW MEMORIAL DAY WEEKEND?:   If you read my blog update, about the potential for a tropical low over the Gulf over the Memorial Day weekend, we know about as much today, which is not much.  It appears a weak Low will be somewhere in the Gulf, perhaps the eastern Gulf.  The potential for a depression or a named storm is relatively small. My opinion is really doesn’t matter where the Low develops. The main point is, a very disturbed “trough pattern” will dominate the southeast US and Gulf south, leading to a higher than normal chance of showers and storms, which could affect a lot of holiday weekend plans.  Here’s a peak at three key models:  the Euro, the GFS, and the Canadian CMC, and their positions at various times Friday through Saturday evening.  The Canadian model is strongest.  It depicts what could be a tropical storm.  But, let me repeat what I said yesterday.  The CMC frequently is more dramatic, and it’s solution is probably wrong, especially on intensity.  I did want you to see it, though.

And, there are other models, too.  The Japanese  model (JMA), and the Navy model (NAVGEM).  So, will we just see a weak low?  Or, could we be looking at a depression or storm?  Join me for my video in the morning.  There is, obviously a lot riding on this because of the Memorial Day Holiday weekend. I’ll bring you up to date on the latest. 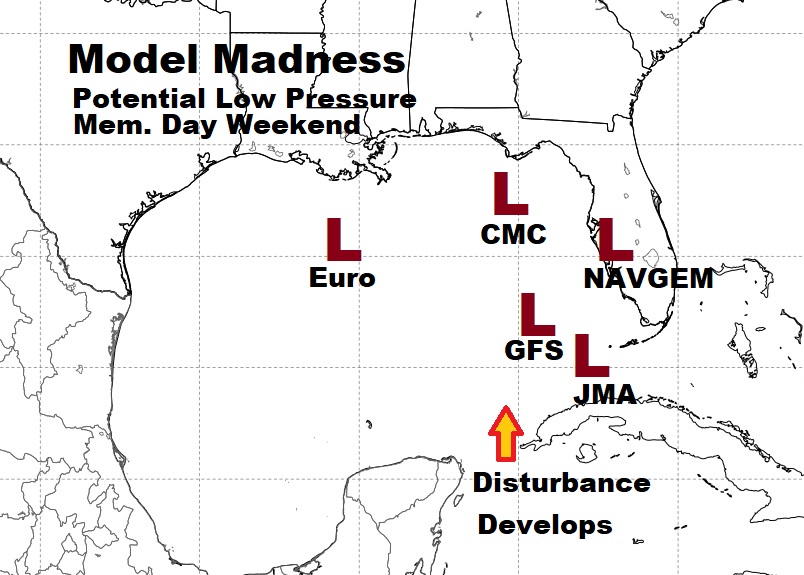 I’ll have a complete video update for you Monday morning and 4:45AM.  We’ll take another look toward the Memorial Day holiday weekend.  Have a great Sunday!