We have jumped straight into what is much more like a mid summer pattern.  Hot.  Humid.  Random, scattered, hit or miss storms.  Look for very little day to day change.  On this blog, I will also address the potential tropical issues in the Gulf next weekend.  Obviously, since it is Memorial Day weekend, there is a lot at stake, as many folks make travel plans.  I’ll tell what we know and what we don’t know.

TODAY:  A Sun/cloud mix. Very humid.  Many towns will stay dry, but there will scattered, random storms, most numerous in the afternoon and evening hours.  High near 90.  Storms will tend to fade out in the overnight hours.  Low 69.

FUTURE RADAR:  Especially this time of the year, use extreme caution when you look at these future radar snapshots.  The showers are NOT going to be where they are depicted.  Rather, it is to give you a sense on the extent of the coverage and how it might evolve during the afternoon and into the evening. 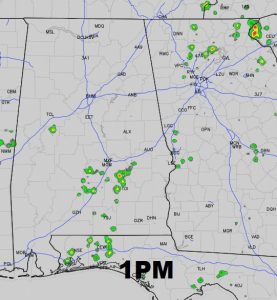 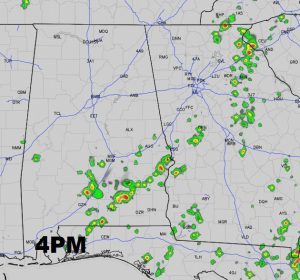 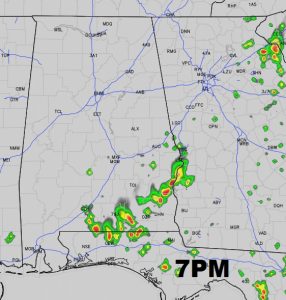 NEXT FEW DAYS:  Random “Hit or miss” storms will be around each day.  Some towns get wet, many towns stay dry. Storms typically reach a peak during the afternoon and evening hours.  Highs most days will be in the 80’s, but some days we will tease 90. 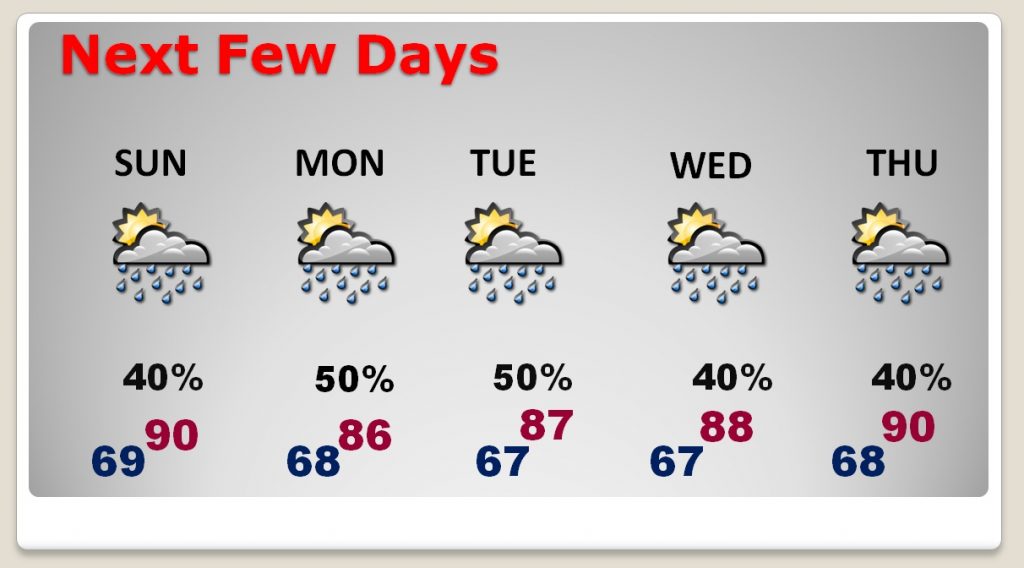 BEACH FORECAST:  Day 3 of the Hangout Music Festival in Gulf Shores, and what a great lineup.  We have a better forecast than last year.   Sure, there’s a risk of a thundershower or two, but all in all, it’s a pretty good Gulf Coast Beach forecast this weekend.  I wish I was down  there! 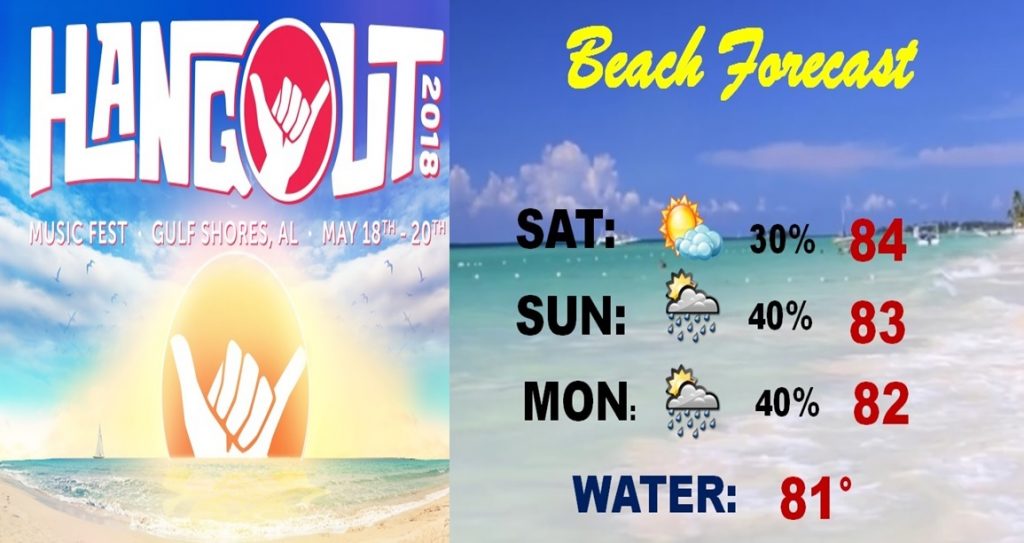 TROPICAL TROUBLE LATE WEEK/WEEKEND?:   Let me start out by saying, that I am not very worried about the tropical potential at this point.  The global models are all over the place on the possible development location, strength and timing.  I’m going to give you a peak at 4 models, and only for one reason.  I want to give you an sense of the dilemma.  Yes, we could see tropical development.  Yes, it’s Memorial Day Weekend and it could affect a lot of travel plans. The models agree that “something” tropical will develop in the west Caribbean and head northward.   But, as you will see, many question marks remain.

The farther east of all the global models is the GFS.  It shows what could be a tropical depression, perhaps even a named storm off the southeast coast of Florida on Saturday. 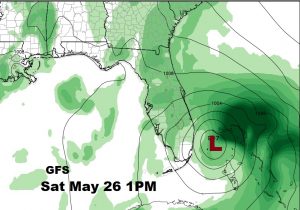 The Euro model looks a little odd.  It’s farther west with the disturbance.  It shows a very weak tropical low, south of Louisiana on Sunday morning.  (the slowest time table of the models) 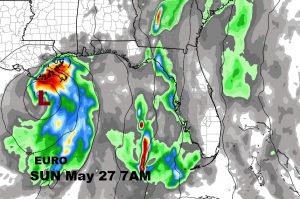 And, then there’s the Canadian.  The Canadian is known for a lot of drama.  It’s in between the GFS and Euro position, but much faster, showing a system south of Apalachicola on Friday.  It shows a strong system, perhaps a named tropical storm.  Probably wrong.  But, I wanted to show it to you.  Don’t lose sleep over this.  I’m not. 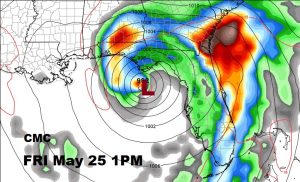 Want to see one more?  I could show you 3 more, but, I’ll settle on one more example.  The US Navy model  (NAVGEM)  shows Low pressure over the Tampa Bay area on Thursday night.  So, if you are making plans that involve Florida or the Gulf Coast this weekend, what I would say is, just “stay tuned”.  We’ll continue to watch this.  I don’t think we’re going to see a hurricane.  We may not even see a depression, but, we don’t know yet. 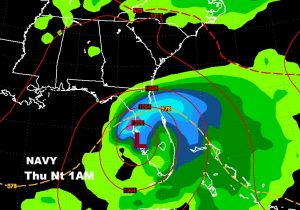 I’ll have you another blog update early Sunday morning

I’ll have a complete video update for you Monday morning and 4:45AM.  We’ll take another look toward the Memorial Day holiday weekend.  Have a great weekend!