NHC says as of 3:40PM:  “CENTER OF ALBERTO MAKING LANDFALL NEAR LAGUNA BEACH FLORIDA”  Winds with Alberto at landfall estimated at 45 mph.  Moving north at 9 mph.  Pressure 994 mbs.   Here’s the satellite loop as Alberto makes landfall a little after 3:30.

Alberto is expected to move northward into Alabama later tonight and Tuesday.  Greatest threat will be flash flooding potential.  The system will move into the Tennessee valley by Tuesday evening. 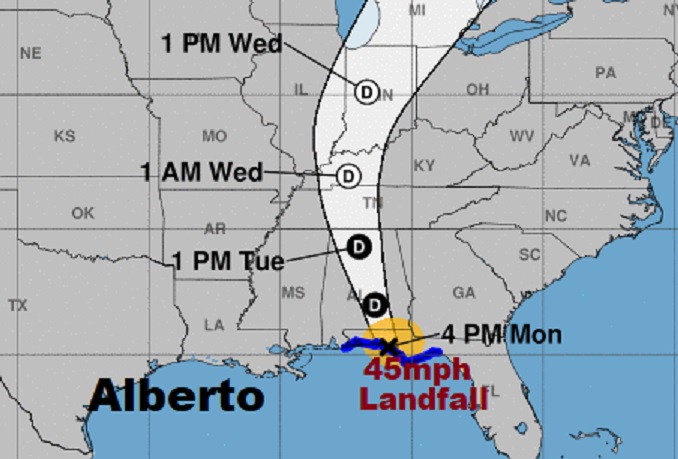 Alberto should quickly weaken to a Depression later on this evening as it continues to aim for the heart of Alabama.  Later it will weaken to a remnant low  as it departs the state late Tuesday night and moves into Tennessee. 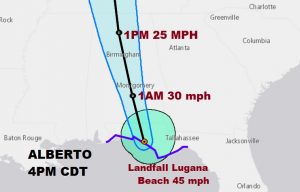 Biggest threat for Alabama is the potential for significant flash flooding/  Up to 7″ of rain in spots possible. 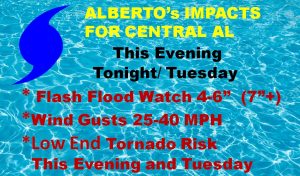 As is typical with any landfalling tropical system, the threat of tornadoes will continue in the right front quadrant of the storm.  That includes much of eastern Alabama, manly east of I-65.  A stronger threat exists along and east of a line from Alex City to Troy eastward into Georgia. 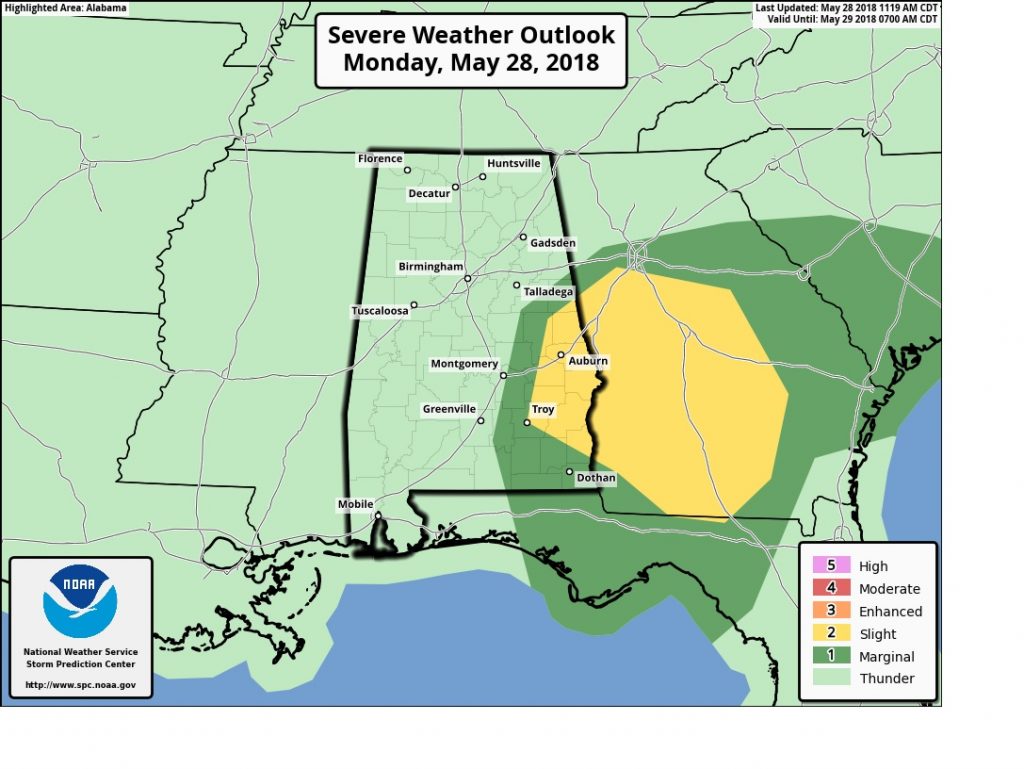 Tuesday the tornado threat continues mainly along the eastern strip of counties. 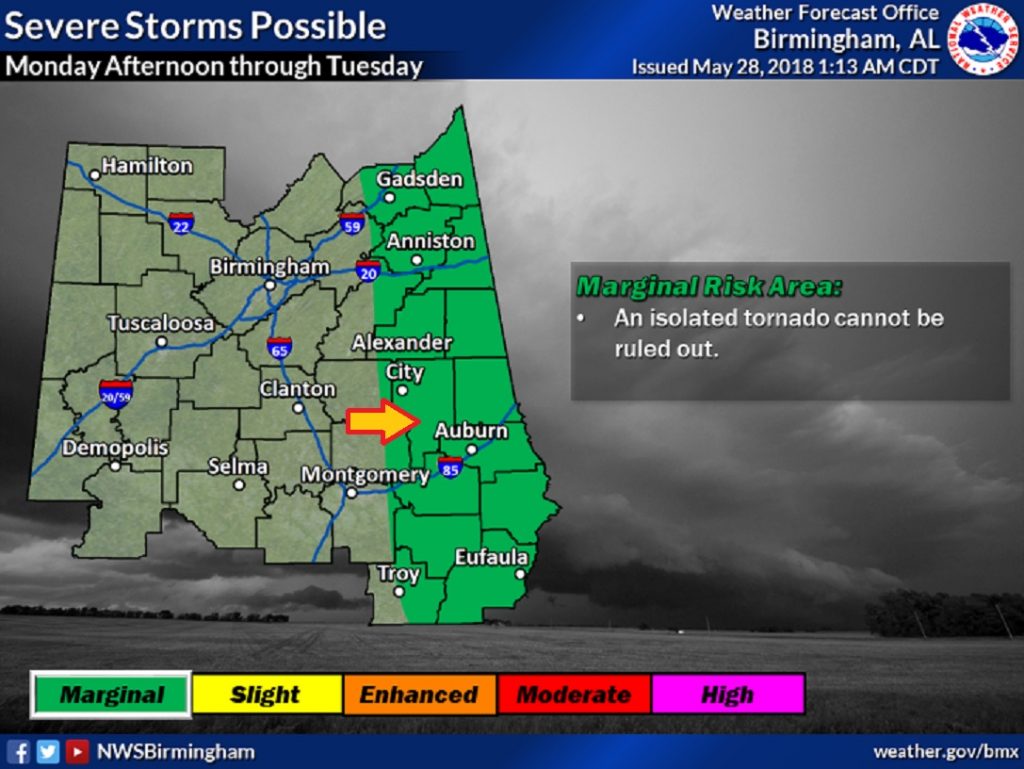 Flash flood Watch in effect for what could be some prolific rainfall totals over the next 2-3 days associated with northward moving Alberto.  Some spots in central Alabama could exceed 7″.  The heavy rain threat is the biggest concern that we will be dealing with  associated with Alberto. 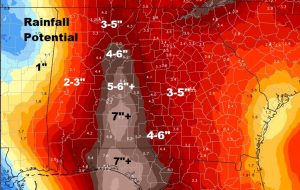