Early this morning the National Hurricane Center says Depression Alberto is just west of Montgomery and moving northward.  It will, obviously, have a big impact on our weather today, and lingering impact even tomorrow.  Who get’s the heaviest rainfall.  The totals have been adjusted.  What other hazards can we expect.  After Alberto, we’ll look at the week ahead as storms thin out and heat returns.

Here’s Alberto’s projected track northward through Tennessee and into the Ohio valley, the Great Lakes, to near James Bay Canada, as the system curves around the edge of high pressure in the Atlantic.  The official start of hurricane season is Friday. 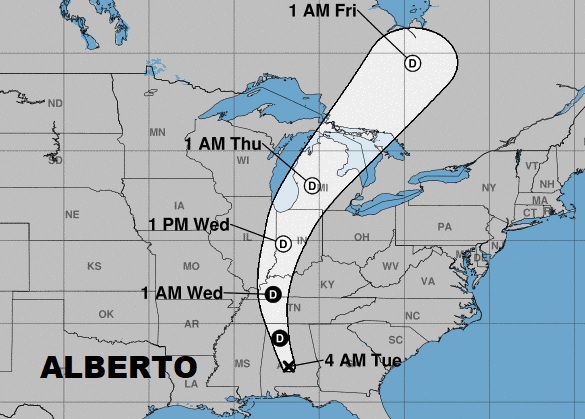 Alberto will trek toward the NNW in Alabama, reaching near Cullman at 1PM, and out of the state north of Nashville at 1AM late tonight. 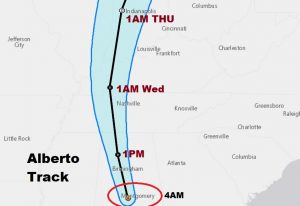 Additional rainfall totals could be significant particularly along and west of the I-65 corridor today through Wednesday. The eastern counties will see far less. 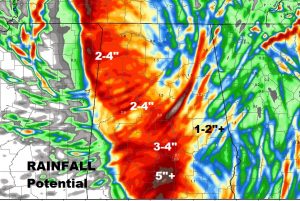 Flash Flood Watch continues for much of the state. 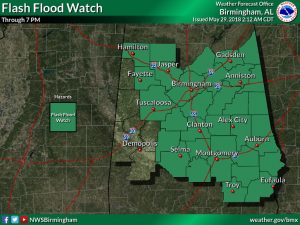 Tornado threat is relatively small and generally extends from eastern Alabama into Georgia and the Carolinas. 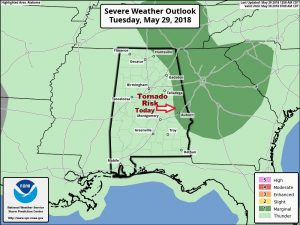 After Alberto loosens his grip on our weather, storms will thin out late week as the heat returns. 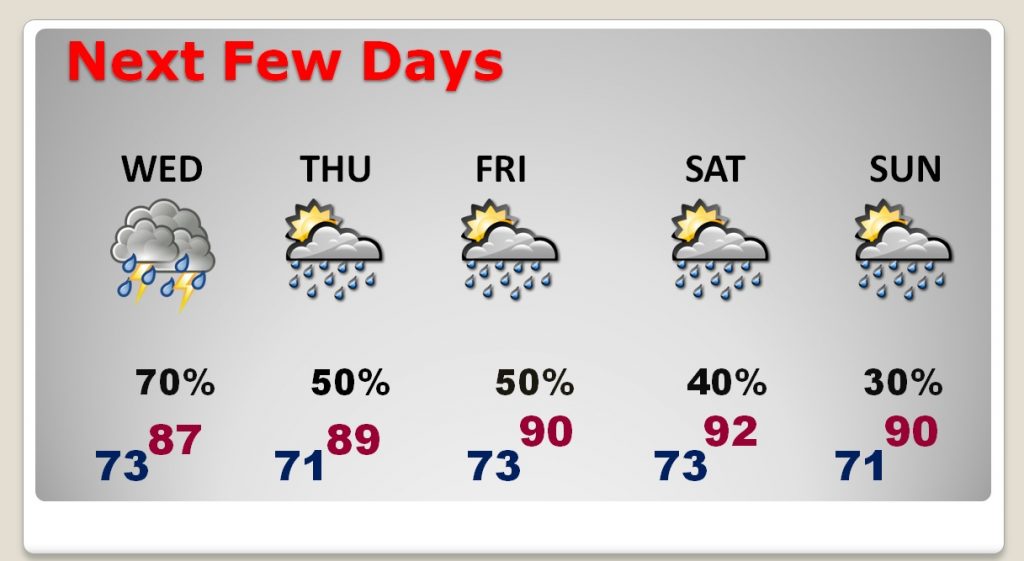