A complex of thunderstorms moving across central Alabama.  I’m becoming increasingly concerned about the flash flood potential for the next few hours.  After the excessive rainfall overnight, this next complex of storms will further exasperate the situation. Some serious flash flooding is possible, especially in low-lying areas. Please stay weather aware. Flash flood warning continues for multiple counties including: Dallas, Autauga, Lowndes, Elmore, Montgomery and Tallapoosa. 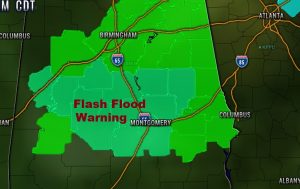 In addition to the counties under warnings, a Flash flood watch covers much of central and north Alabama for today.  Stay weather aware.  Don’t drive through flooded roadways.  Turn around, don’t drown. 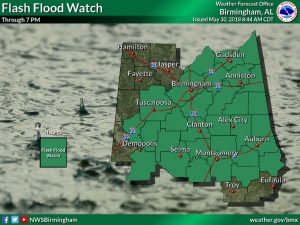 Good Morning..after a serious overnight rainfall event here in central Alabama, which has caused flooded roads in multiple counties.  We are still dealing with The Ghost of Alberto, which will continue to haunt us with more tropical downpours today.  But, on this video, I’ll tell you about fewer storms and hotter days as we get into late week and the weekend.  I’ll also show you some surprising totals from Alberto over the last 3 days.  Some stunning rainfall in spots.  With your toast and coffee this morning, this is your Wednesday personal weather briefing.

Overnight multiple counties were affected by Flash Flood Warnings.  This map shows Doppler Radar rainfall estimates of rainfall over the past couple of days from Alberto.  Notice large areas of Dallas, Perry, Lowndes and Autauga counties have had 4 to 6″ and in some cases nearly 7″ of rain from Alberto.

The “Ghost of Alberto” will still affect us today with more tropical downpours.  Locally heavy rainfall in spots. 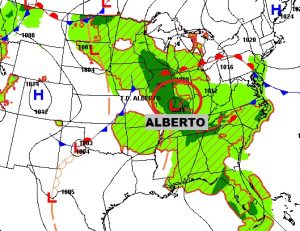 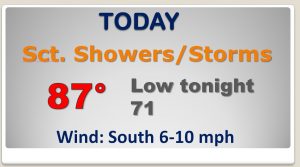 By late week, storms will start to thin out in number.  Hot and humid days are in the menu for the weekend, with fewer storms around, 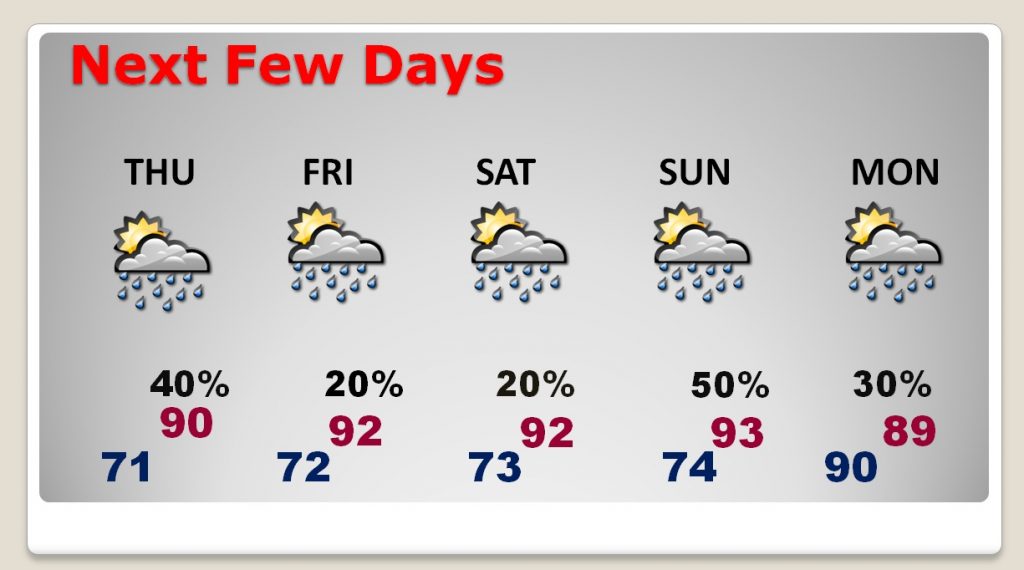