Happy 4th of July!  All in all, it’s a pretty routine, almost textbook, 4th of July forecast.  Spotty, random storms will develop.  Many towns will stay dry, others will get big downpours with lots of dangerous lightning.  Have a plan “B’ ready. Rain chance will get a lot better over the weekend as a frontal system drifts into the state.

TODAY:   Scattered “hit or miss” storms will reach a peak later this afternoon and into this evening.  Coverage will be about 30 to 40%.  Watch out for lightning.  More Americans are struck and killed by lightning on the 4th of July than any other day.  If you are close enough to hear thunder, you are close enough to be struck and killed.  High today near 93, with a heat index 100-104.

FUTURE RADAR snapshots at 1PM, 4PM and at 9PM, give you an general idea about storm coverage.  Don’t take these literally.  They are just a model idea on general coverage.  Notice that by 9PM, fireworks time, the storms have thinned out quite a bit, but there are still a few around. 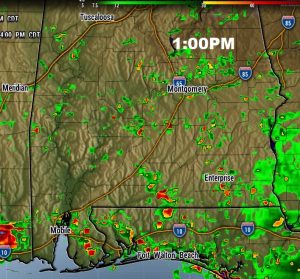 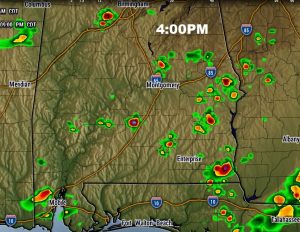 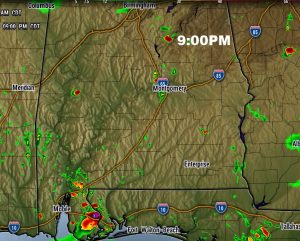 NEXT FEW DAYS:  Showers will be scattered on Thursday, but gradually the number of storms will increase as we get closer to the weekend as a frontal system enters the state and stalls. 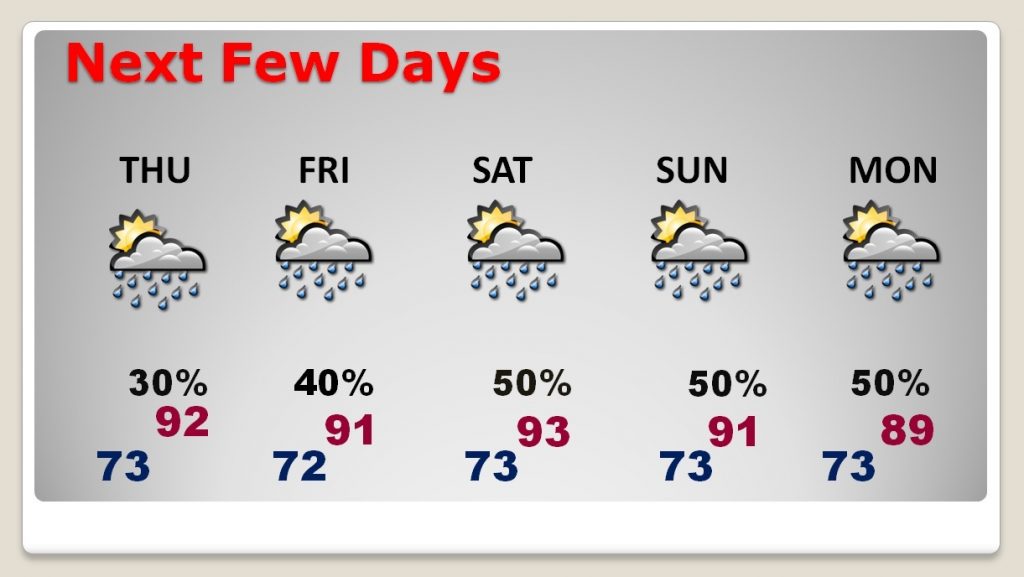 BEACH FORECAST:  The beach areas continue to see better than normal rain chances, as a “upper disturbances” drifts westward from Florida, across the northern Gulf coast.  Be flexible with your beach plans.  There is a moderate rip current risk.  Rain chances remain higher than normal through the weekend. 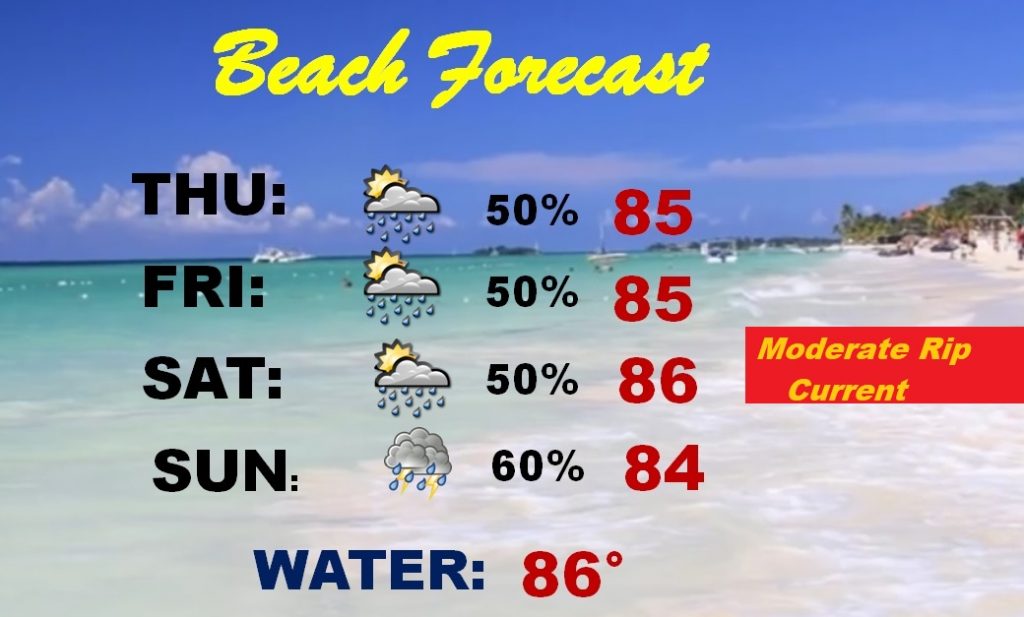 TROPICS COMING ALIVE:   National Hurricane Center is now monitoring two areas.  The first area in the Atlantic, well off the east coast,  is a disturbed area about to merge with a frontal system.  The other feature has been designated Invest 95-L.  Although chances for development are currently low, this system has a chance to get stronger down the road.  It’s worth watching. 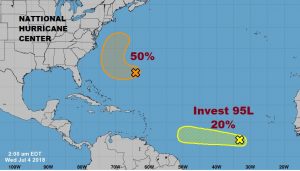 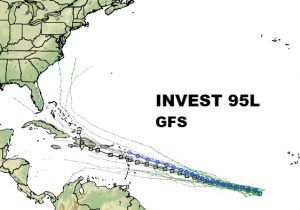 Have a great holiday!  There will be another complete video update first thing in the morning at 4:45AM.  We’ll focus on that weekend frontal system and take a closer look at the tropics