There is much to talk about, as an active front heads for the state.  This front will be the focus for a wealth of showers and storms, starting tonight and through the weekend.  I have updated the rain chances and I’ll show you the latest future radar.  Plus, all of the sudden there is much to talk in the tropics, including the first hurricane of the season, and a new system off the US southeast coast.  Sit back, with your toast and coffee this morning.  This is your Friday morning personal weather briefing.

Approaching active frontal boundary means better rain chances for the weekend, as the front hangs around all weekend before dissipating.  Showers and storms will be rather numerous all weekend. 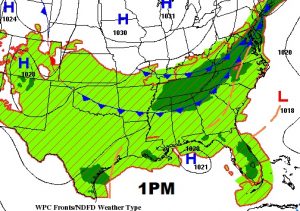 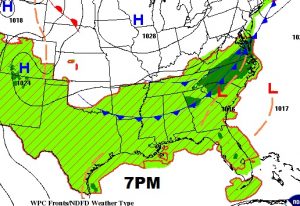 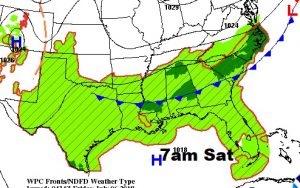 The best rain chances are Saturday and Sunday.  Showers will gradually thin out in number Monday through Wednesday. 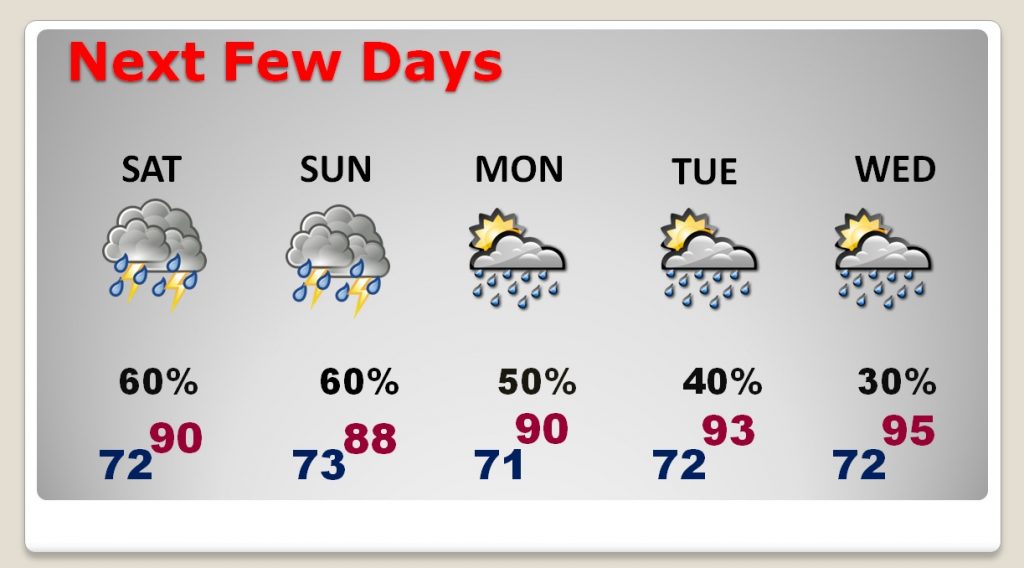 Once again over the weekend, showers and storms will be rather numerous from time to time.  It won’y rain all the time. 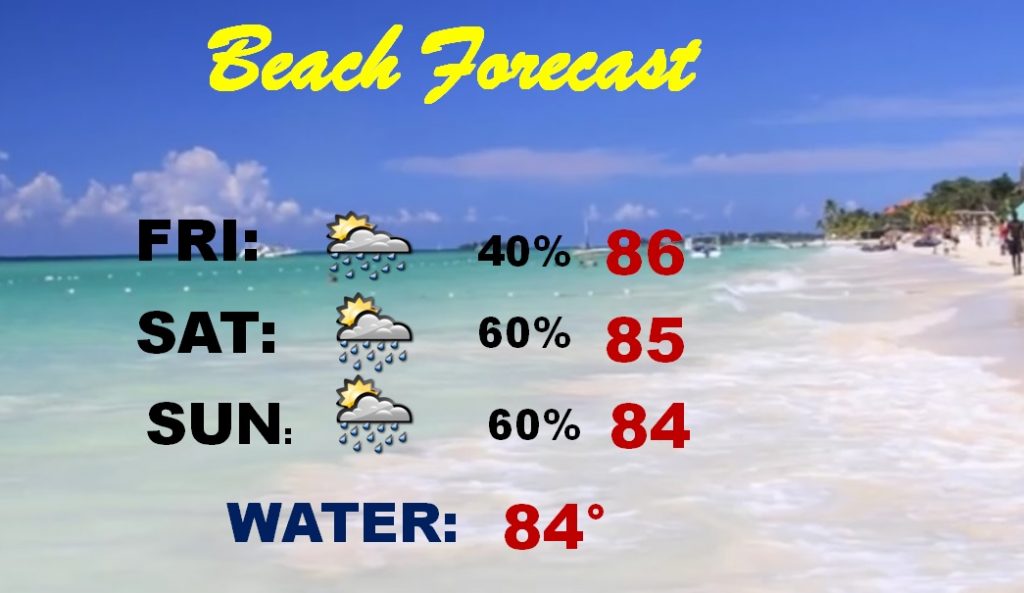 Say hello to the first hurricane of the season, Beryl.  Beryl should have a relatively short life as it reaches a more hostile environment later this weekend near the islands. 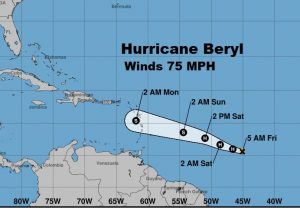 What’s more interesting, as far as the United States, is invest 96-L off the Southeast Coast, which could become a T.D. or tropical storm Chris within a few days and could interact with the Carolinas or middle Atlantic coast, 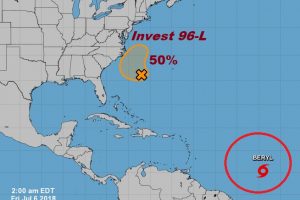 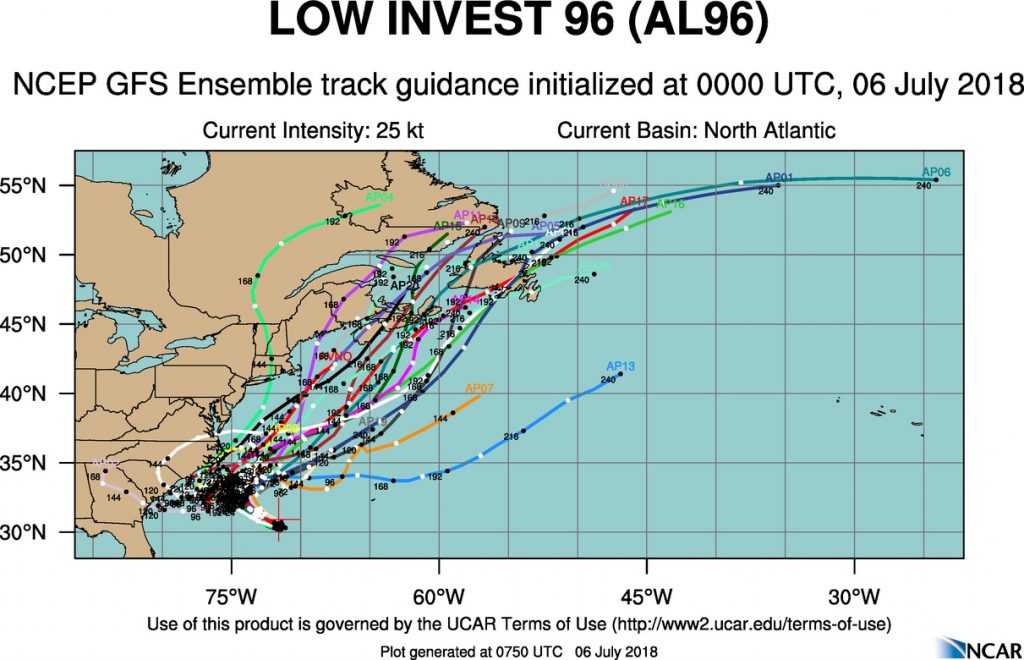